As a racer, some of the most fun times I’ve experienced was following Scotty Ernst and the Short Course Showdown Tour. If you are unfamiliar with the tour, it was a travelling tour of races that was dedicated to purely short course racing. Classes ranged from RTR short course buggy up to modified 2wd and 4wd trucks, which often featured some of the nation’s top pro drivers. The dedicated short course tour is no more, and it is no secret that short course racing has plummeted in popularity. Upon further investigation, short course trucks aren’t the only classes that have taken a dive in off-road, as 1/8-scale truggy and stadium truck have also gone all but extinct in many areas over recent years. There is only one common denominator behind the three dying classes – the word “truck”. 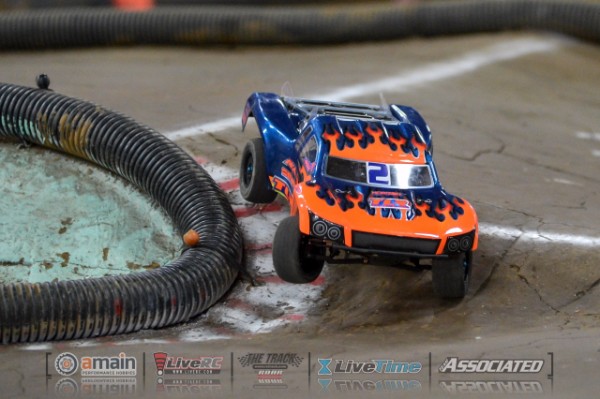 I personally am a huge fan of all three, and with a steady turnout (which hasn’t happened in quite some time) I will gladly join the party.

There is no denying that the truck classes across the board seem to rise and fall the fastest. The core buggy classes have been around for decades, and while their popularity may slightly rise and fall in different areas over time, the threat of total extinction nationwide for 2wd buggy, 4wd buggy, or 1/8-scale buggy has yet to happen. My question is why? Why did stadium truck, truggy, and short course all explode on the scene with immense popularity, and in a matter of relatively short time, entries dropped from 100 to 1? Why are the buggy classes remaining strong and healthy, while anything to do with trucks is in and out of the R/C intensive care unit just to stay alive for one more day? 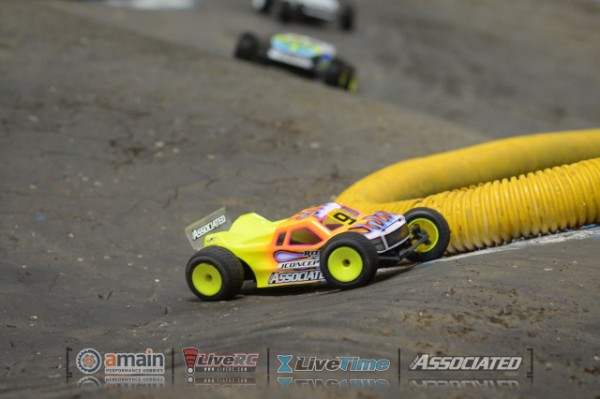 Before we go any further, you jump my case, or close out of the page to go list all your trucks on eBay; I don’t believe that any of these classes will ever truly go extinct unless manufacturer’s step away entirely from production of them. This is not about bashing truck classes, or putting a nail in the coffin for them. All I am saying is that they were all once the most popular class at almost any track you went to, and I don’t think they will every become as popular as they once were (with the exception of select few areas and tracks sprinkled around the country), and I want to know why. 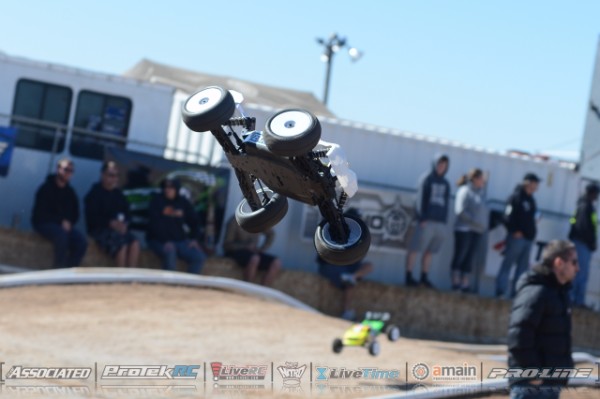 I don’t have the answer, so I set out to find someone who does. I’ve reached out and asked the opinions of Adam Drake – a multi-time truck class champion, Jason Ruona – founder of a JConcepts and manufacturer of truck class wheels, tires, bodies, and accessories, and Chuck Kleinhagen – owner and operator of Fastlane Raceway and Hobby Shop where truck racing was once more popular than buggy.

When did you see a decline in the three truck classes, and what do you feel was the cause of it?

Adam Drake: 2008 was the last year ROAR offered 1/10th truck and production monster truck at the nationals. The decline of the classes started one to two years before that. I think the classes started declining because 1/8th buggy was booming and 1/8th trucks were also gaining popularity. Tracks also started changing. Tracks and jumps got a lot bigger. The bigger tracks and jumps were awesome for 1/8th racing, but not for gas truck. I think we could have saved or extended the life of gas truck if the class would have been raced at 1/10th outdoor races like Cactus, and Shootout.

Truggy is still very strong at the major races but small at local and regional events. I'm not sure why this is the case, some say it's because of the cost of tires. Truggy tires do cost more, but they also last a lot longer then buggy tires.  I think some of the decline is due to a few manufactures not updating platforms and supporting the class like they do in buggy.

Jason Ruona: A lot of these classes move in waves and it’s hard to decide exactly the time they quit building in popularity.  I think it’s easier to pin point the height of each class but it’s important to remember, trucks have been extremely important to our industry. It is a shame that there has never been a truck, SCT or truggy world championships because they have really meant more to the industry than a lot of the worlds classes that are still hanging around today.

One of the main things to consider, stadium trucks ruled when 4wd buggies were low in popularity. Now that 4wd buggies are in fashion, its stadium truck that is the lower turnout and / or on life support. Something really has to give, I think a driver can race in 3 classes, 2wd buggy, 4wd buggy and stadium truck but they can’t go to 4 classes. This might be the single largest factor.

It’s also possible that since there has never been a worlds, that has hurt the “seriousness” of the class or development of the platforms. It’s also important to mention that stadium truck and truggies started out as being called Monster Trucks and over time morphed into different classes. When they were called Monster Trucks, the entrance into those classes was higher than when the classes were renamed at a later date.

It might be difficult to accept but perhaps, there will be a time that buggies are what we race and trucks are what we bash or enter into R/C with. Popularity can also come from the simple fact that, people like to choose classes depending on what they think is “winnable” or a class they can sand bag into. Truggy and SCT definitely were classes that early on, where the classes drivers could step-down into and have success which injected the classes with fresh competition.

What we also have to remember is, there was a time that 1/10th stadium trucks were great beginner trucks, entry level or fun vehicles. As time as gone by, there are vehicles that suit those applications better and the stadium truck vehicles aren’t sold as “fun” vehicles any longer. It’s much more niche that it ever has been.

Chuck Kleinhagen: When I opened Fastlane in 2008, Stadium Truck was more or less already in decline and Short Course Trucks were just entering the scene. SC trucks quickly became popular because the Traxxas Slash provided a low cost, convenient way to get people started racing. Plus the trucks were cool and full size SC racing was reaching it's peak. But those with a serious interest in racing quickly moved past the Slash into open Short Course. These open SC's performed better while still capturing the look of the full size SC race trucks. But motor power in the Open class quickly overwhelmed the chassis and Open SC trucks on most indoor tracks became unguided missiles. The banging and rubbing was fun for a while but a lot of racers tired of the contact. 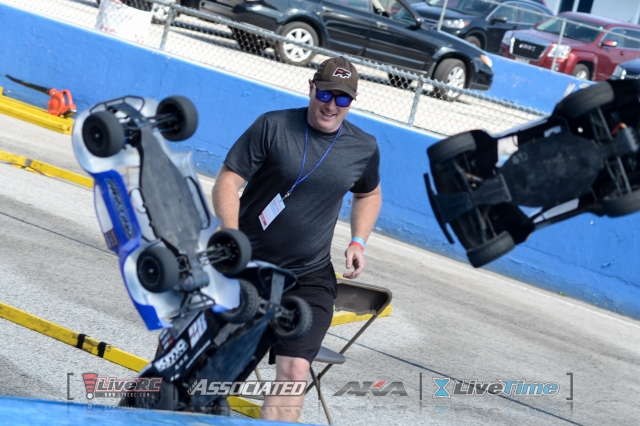 What is needed to bring the truck classes back to life?

Adam Drake: We would need the support of at least 2-3 manufactures to bring gas truck back to life.  I feel gas truck would help nitro racing in general because it allows racers to get their feet wet in nitro at a lower cost.

Jason Ruona: We need to decide which truck classes are the racing classes and which ones are the entry level, bashers and thrashers.

Better designs. The designs are very stale and the stadium trucks just do not look as racy or cool as we could make them given a larger budget to re-engineer the trucks.

The stadium trucks today are not that good in my opinion and lack the creativity or larger driving window we’ve given the buggies.

As time has gone along, the stadium truck designs are more based on sharing parts and components then they are on the actual performance, strengthening the class and creativity. They should be longer, more purpose built, more durable and easier to maintain.

I’m not so sure that SCT is as viable a racing class in today’s higher grip conditions, carpet and astro-turf racing. It’s the best vehicle to purchase for a beginner or entrance into RC but probably the hardest racing vehicle to drive or compete with. I still recommend the Slash, SC10’s and SCT’s as a hobby car but I rarely recommend one as a racer.

Truggies are just bad to the bone…..however, the tires and aftermarket, engines and accessories are expensive.

Chuck Kleinhagen: I think to answer this question you start with why these alternate classes exist in the first place. While it isn't the only reason, one big reason for their existence is to provide an additional class for racers to enter. This helps track income and keeps racers occupied during long race days. It also means more trophies. But these days the proliferation of 10th scale buggy classes in many places (17.5 expert 2WD, 17.5 sportsman 2WD, 13.5 2WD, Mod 2WD, 13.5 4WD, Mod 4WD, etc) provides most racers the opportunity to run multiple classes often with a single vehicle. In a way, it leaves only the top drivers who don't want to be seen as cherry picking the slower classes looking for an additional class (like a truck class). On the 8th scale side, the rise of E-Buggy provides that additional class often at a lower operating cost (think tire bills) than a truggy. 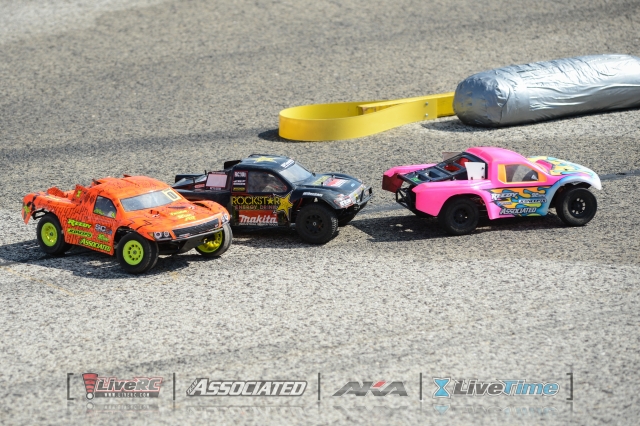 Which of the three (stadium truck, short course, and truggy) do you think will be most likely to make the strongest comeback?

Adam Drake: I feel truggy and short course have the strongest chance of making a comeback. Of course I would love to see gas truck make a comeback, but I don't see multiple manufacturers investing in new or revised platforms in the near future.

Jason Ruona: In the present condition, none of them will make it back to high popularity.

Chuck Kleinhagen: I'm not sure. SC trucks have "realism" on their side. Stadium trucks are more stable and controlled. 2WD SC is problematic outdoors because the bodies catch the wind and affect handling. And they are actually a little too big for clean racing on many indoor tracks. My feeling is all 3 truck categories will remain niche classes at best.

Why has the buggy classes remained relatively the same, while trucks spiked up and now down?

Adam Drake: Because buggies are awesome!  Haha. Buggy racing has continued to go strong because it's a global class and companies continue to invest in improving the platforms on a regular basis. Racers like new stuff and tweak their vehicles to go faster.

Jason Ruona: 2wd and 4wd buggy are heritage classes and the manufacturers that introduced those into R/C will not let them disappear. They simply spend the greatest amount of time marketing them, developing them and they are accepted world-wide.

Chuck Kleinhagen: 2WD & 4WD buggy remain popular because of IFMAR. These are the World Championship classes. So manufacturer and top driver attention stays focused on these classes and that trickles down to interest at the local level. Most innovation is going to occur in these internationally recognized classes. The truck classes were never popular beyond the national level. The same is true for 1/8th scale nitro buggy versus truggy. Local racers may not consciously give a damn about IFMAR and World Championships but their "local" choices in vehicles and equipment and the drivers they aspire to be like are heavily influenced by what happens at the World's level. 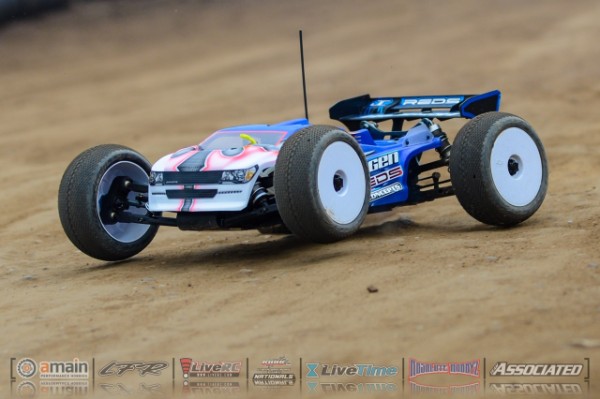 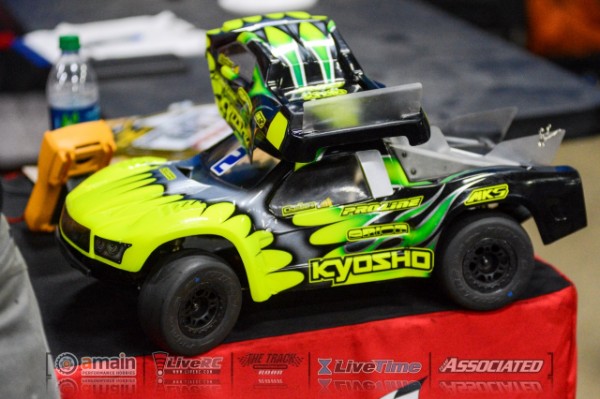 After speaking with a National Championship winning racer, an industry manufacturer, and local track/hobby shop owner, there is a lot to consider and think about for the future of truck racing. What are your thoughts and opinions on rise and fall of truck classes? Will we ever see them as popular as they once were?