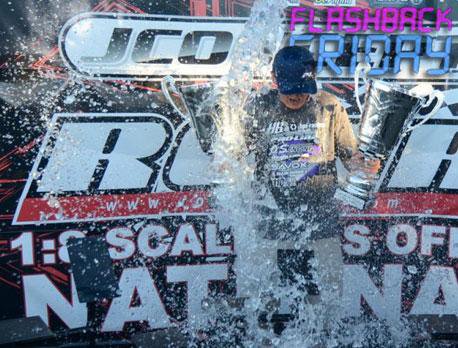 Everybody knows that Friday is meant for reminiscing old times. Each week we take you back in time as we flashback to some of R/C racing's greatest moments, products, drivers, and more!
Flashback: 2015
HB Racing driver Ty Tessmann dominated the ROAR Fuel Off-Road Nationals

Last summer, Ty Tessmann matched and broke a laundry list of RC history records when he became the first driver to sweep the ROAR 1/8-Scale Fuel Truck and Buggy National Championships for a second time (his first double victory was in 2012; Jared Tebo did it in 2010). He also became the first driver to win back-to-back Buggy victories. In doing so, Tessmann tied Ryan Maifield and Adam Drake with three Truck and Buggy titles, respectively. He also broke a tie with Maifield for the most combined titles ever, jumping from four to six in just a few hours.

Not only were the accomplishments themselves unprecedented, but the way in which the Canadian reached the milestones was even more impressive. 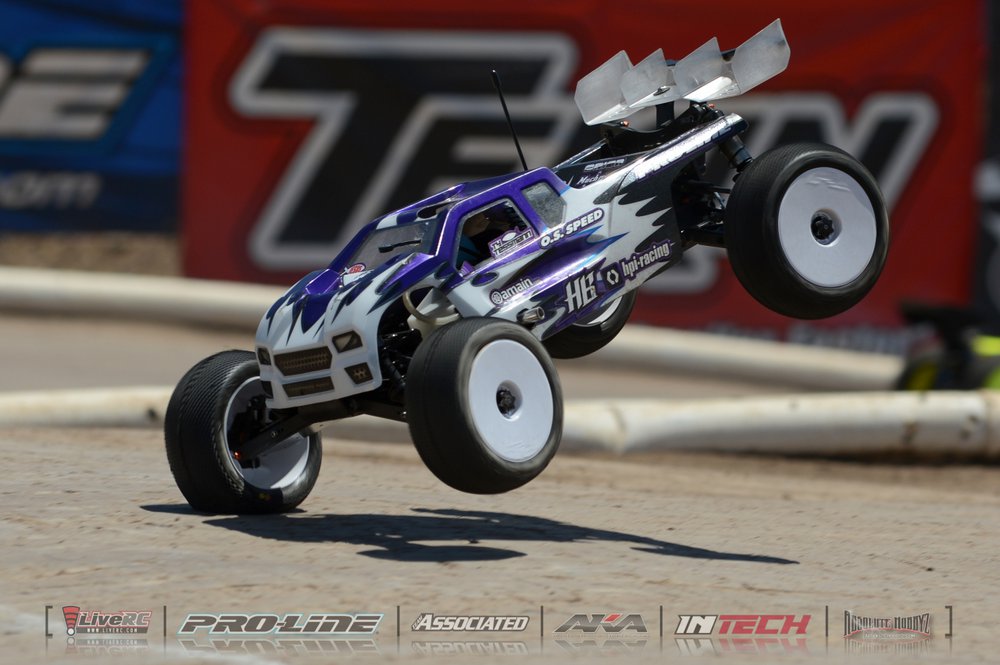 Tessmann earned the Top Qualifying honor in both divisions, setting the fastest time in all four rounds of Truck and the first three rounds of Buggy before 2014 double-TQ Dakotah Phend edged him by less than three seconds in the final Buggy qualifier. 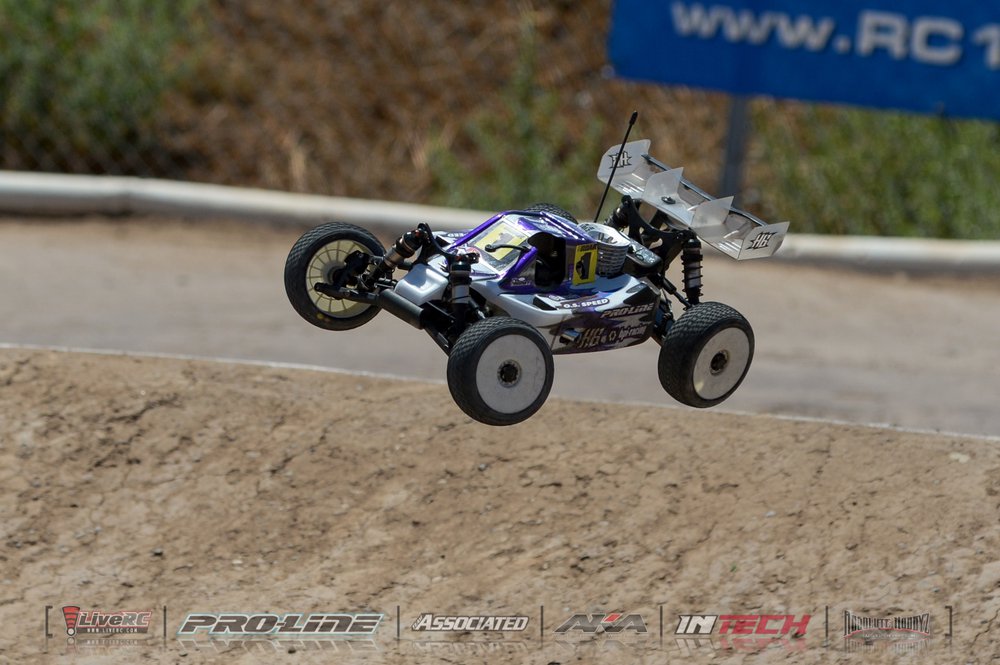 The main events weren't close, either.

Tessmann led every lap of the Truck final from the front of the grid, executing perfect race management to stay just out of reach. He crossed the finish line seven seconds before Ryan Lutz, with 2014 champion Dakotah Phend nine seconds further behind. The podium finishers were the only three to complete 85 laps, though fourth place finisher Ryan Cavalieri managed not to get physically lapped before race end. Here are the final results, 45-minute race replay and post-race interviews: 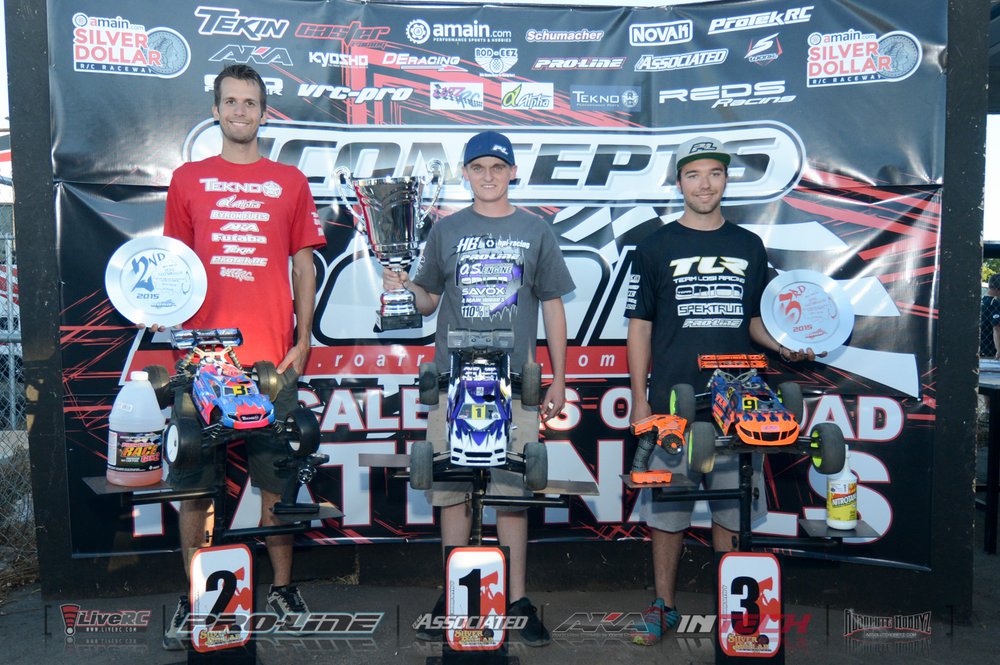 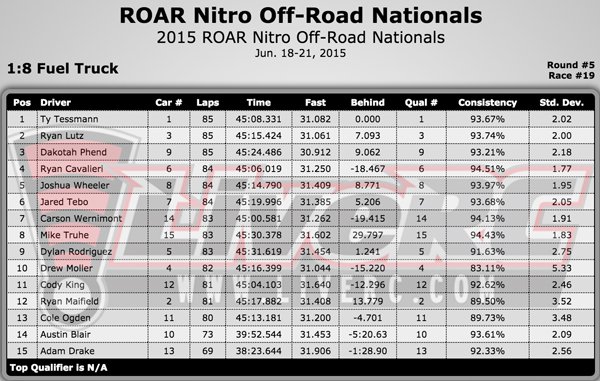 The field was even less fortunate in the Buggy final. Tessmann won his second straight ROAR 1/8-Scale Buggy championship going away, again leading every pass by the scoring loop and finishing over a lap ahead of Ryan Cavalieri - the same driver who followed him across the finish line at the IFMAR World Championships less than nine months prior. Here are the results, replay and interviews from the Buggy final: 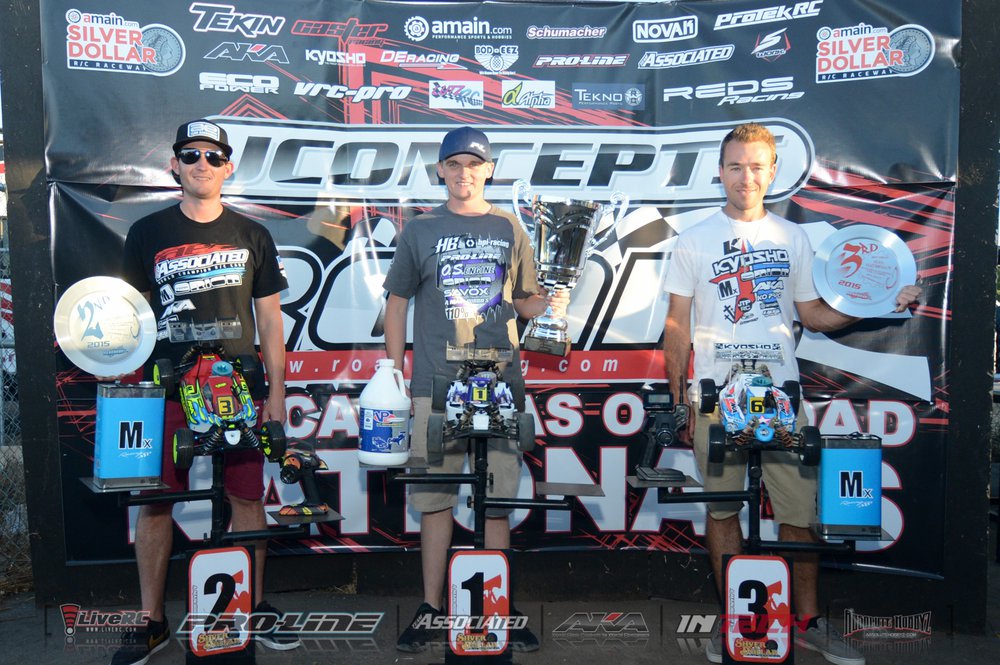 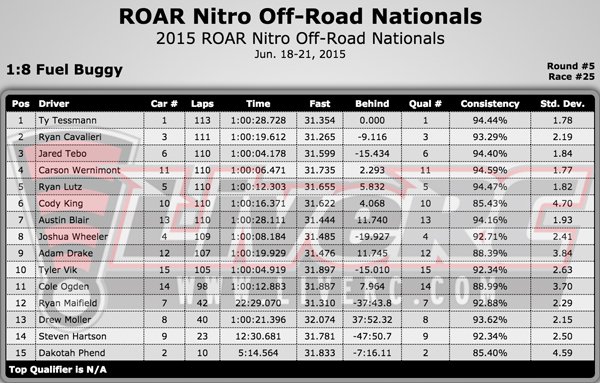 Can Tessmann do it again this year? I don't think anyone will be betting against him.