It's finally time, there are finally enough rumors flying around to make a post regarding the 2021 Silly Season. Per usual, we don't have any confirmations on any of these unless they are under confirmed. Even then not all of it may be confirmed.. I will probably be wrong on some of them if not all of them. No I will not give you my sources, that is what perpetuates these rumors year after year. :)

(Anything in italics has been proven untrue, I don't think deleting things when I have heard wrong is fair so I will update with the originals in italics.)

[UPDATE]: Tessmann also announced that he will no longer be racing for OS engines, we believe he will be moving over to the Xray/Hudy owned FX Engines. We think that Tessmann as stated earlier will probably move to Hot Race but a nod could also be given to Raw Speed with Cav leaving. 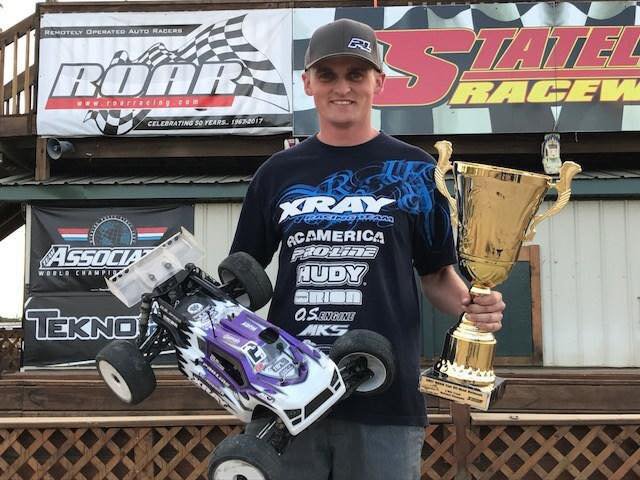 Ryan Cavalieri: This one is puzzling to me, Ryan had a really good year with Sworkz and Raw Speed, but we have heard he is in talks with Team Losi Racing and their new acquisition Pro-Line Racing. The TLR program is strong with newly released cars in all classes and it makes sense to include the now in-house Pro-Line program but I don't really understand leaving after a really solid year.

Cavalieri has announced his departure from Sworkz, I still lean towards TLR but we shall see. (The Internet says Cavalieri will stay with Raw Speed.)

[UPDATE]: Cavalieri has signed with TLR and Pro-Line racing for 2021, we believed that it would be Raw Speed but it seems the Horizon Hobbies powers are strong.

Adam Drake: In a really wild change of events, we might see The Drake with new tires in 2021. Not entirely sure where but he has been linked with a move.

The Drake's have announced that they are no longer with Pro-Line Racing and I would assume will be announcing their future with JConcepts shortly. (The Internet says the Drake's will move to JConcepts.)

[UPDATE]: The Drake's have officially moved to JConcepts as of New Years day. 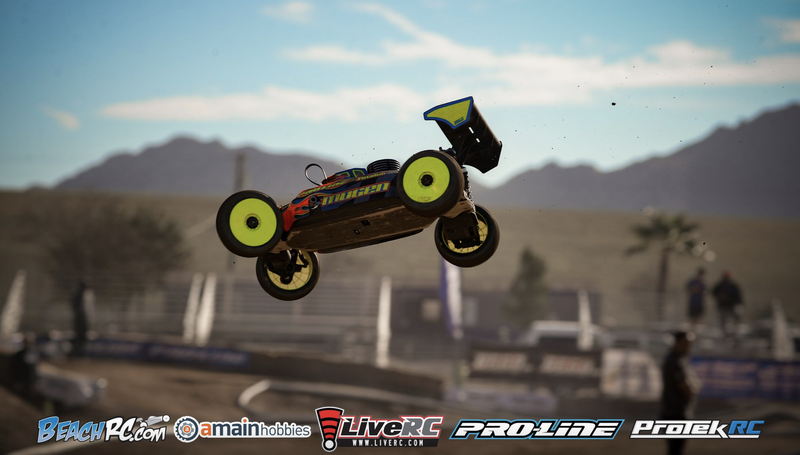 Broc Champlin: Another rumor floating around is that the new Florida Carpet Champion is out at Team Associated with no information on his next move.

[UPDATE]: Champlin was released from Team Associated as rumored, the best guess we have is that he will be moving over to Yokomo as the carpet specialist was already seen running on-road. 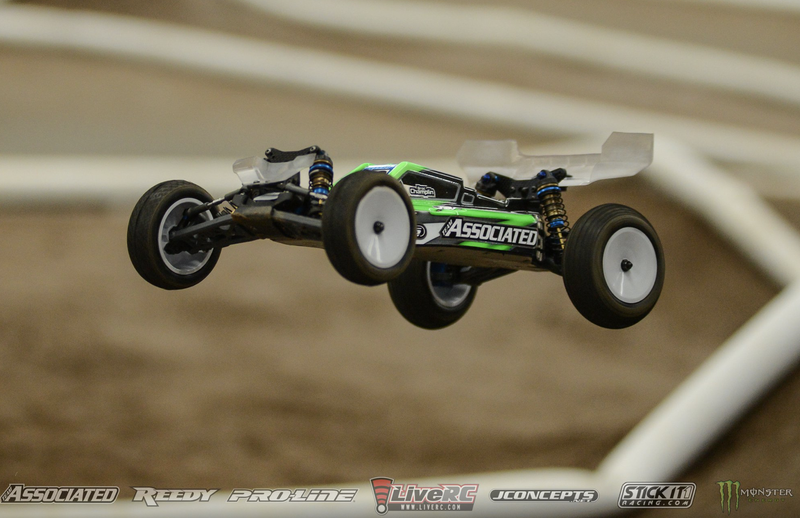 Joe Bornhorst: Same as The Drake, linked with a new tire deal but we aren't sure where.

[UPDATE]: The internet says that Joe will move to JConcepts. This was correct Joe announced that he joined with JConcepts on New Years Day.

Kyle McBride: Kyle has also announced his departure from Pro-Line Racing. Truly have no idea where he is going, I would assume he would want to join one of the big 4 I guess you could say so I would lean towards maybe JConcepts or Hot Race. 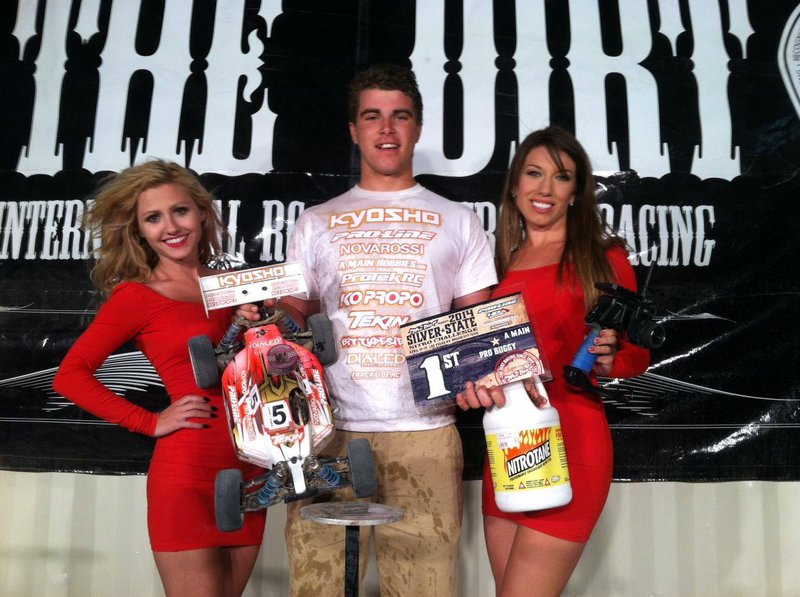 Jared Tebo: Jared and KO Propo have parted ways. (The internet says that he may not sign with another radio company.) 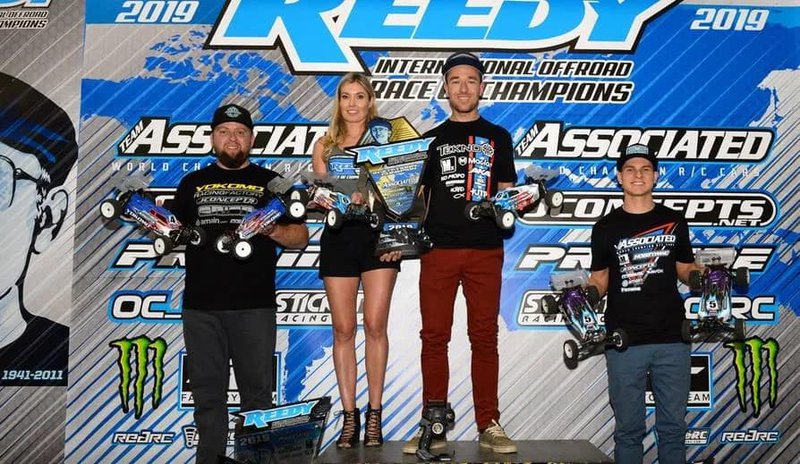 Tanner Denney: Denney has announced his departure from Muchmore and honestly we have no idea where he is going?

Tom Rinderknecht: Tom will no longer be racing for Hobbywing. Our guess would be Pro Performance RC or Fantom will be his next move. 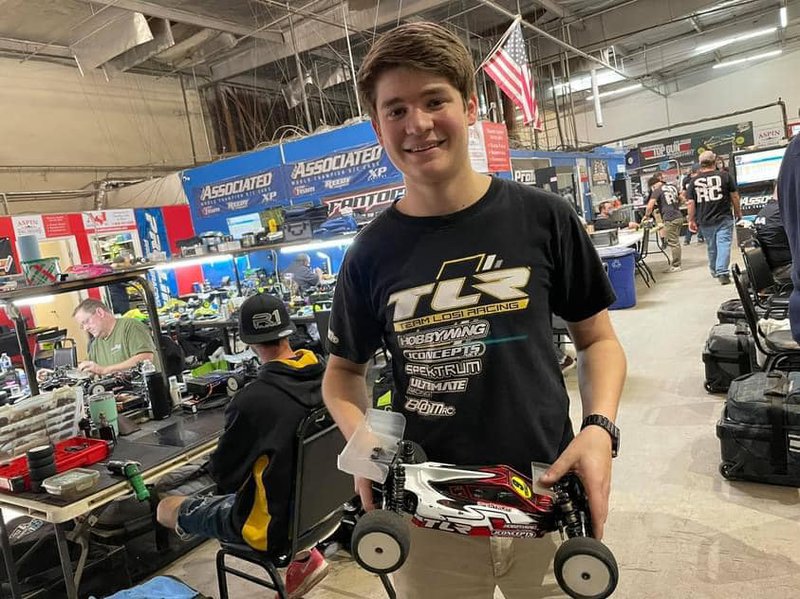 Adam Drake: In a really wild change of events, we might see The Drake with new tires in 2021. Not entirely sure where but he has been linked with a move.

[UPDATE]: The Drake's have announced that they are no longer with Pro-Line Racing and I would assume will be announcing their future with JConcepts shortly. (The Internet says the Drake's will move to JConcepts.)

Elliott Boots: Boots announced is Pro-Line Racing departure and TPro sponsorship before we could even speculate. 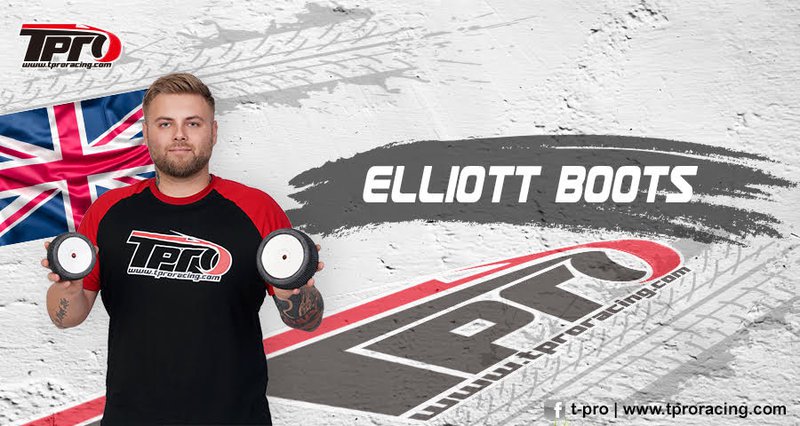 Aydin Horne: Aydin announced that he will no longer be a part of the family team (Factory Tracks Racing). At this point it appears that Aydin is taking his first factory deal and unfortunately Factory Tracks can't just pivot and follow him wherever with as many drivers as they have so he has to venture out on his own. No malice at all just a sort of coming of age. The two choices for him obviously would be just the factory Team Associated squad or Team Losi Racing considering he has been with Pro-Line Racing for the past couple of years. I would tip my hat towards TLR but it is a toss up.

[UPDATE]: I was wrong about TLR it was announced that he landed on the Team Associated factory squad. 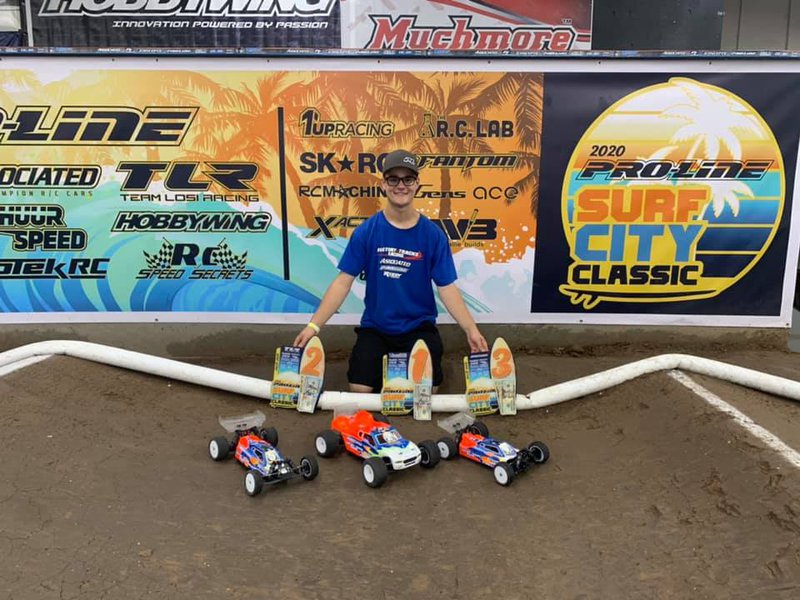 Tyler Jones: The last rumor we have at the moment is that 'The Kid in The Hat' is moving on from Nemo Racing USA as well. Where is he going, we don't know? (The photo is not a hint or something, we just didn't have a 2020 photo of Tyler or his cars.)

Jones has announced his departure from Nemo Racing USA and Agama Racing and will be moving elsewhere for 2021.

[UPDATE]: Jones has signed with the Tekno RC Squad for 2021. 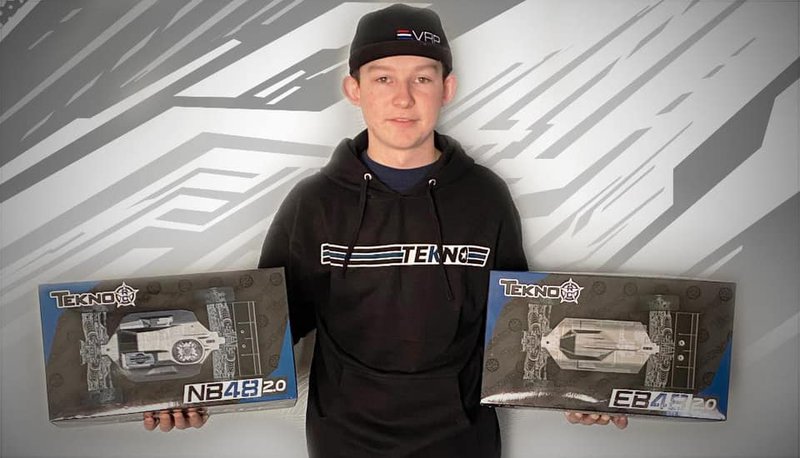 Spencer Heckert: Spencer might have been approached about joining the TLR squad but we believe if he doesn't go there he will stay with HB Racing.

[UPDATE]: Heckert has announced his departure from HB Racing. Possible move to Sworkz. 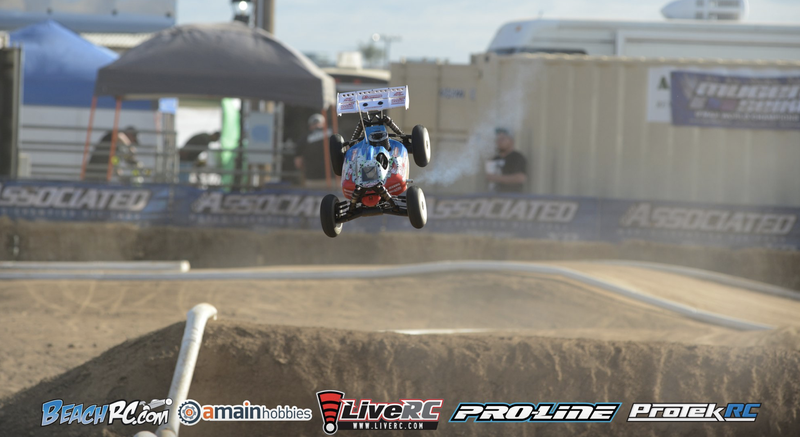 Brandon Rose: Rose has announced his departure from Pro-Line Racing, we believe he will be joining the Hot Race Team. He has also announced he will be racing for Nitro Pro Fuel. 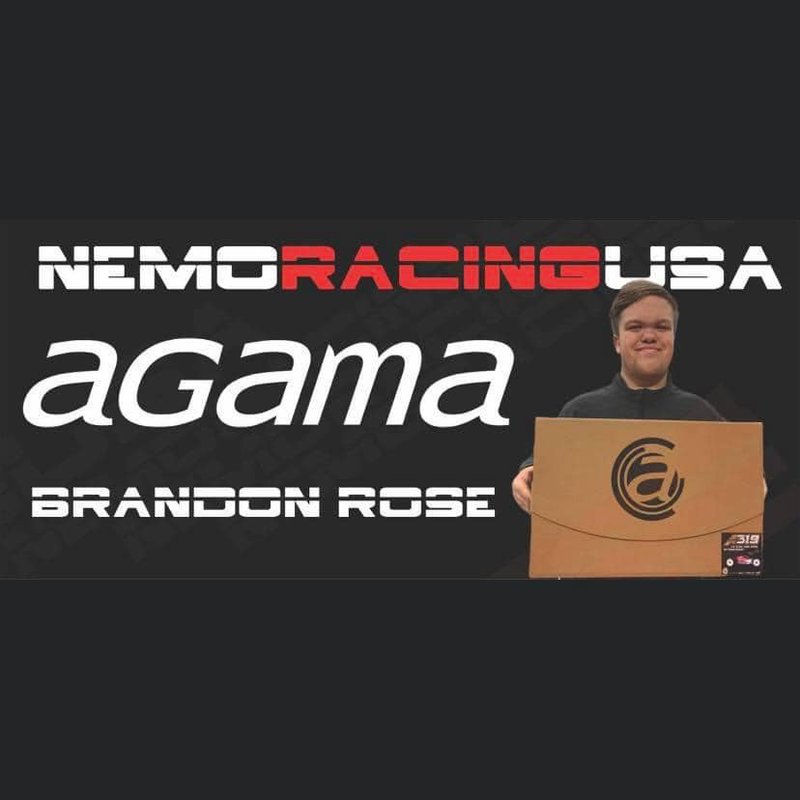 Ryan Lutz: Gone From Nemo Racing: Ryan and Nemo USA parted ways via social media, Ryan has been linked with a possible Sworkz deal and we should know more by the weekend of November 28th (Next Weekend). Haven't heard anything about engines yet, possible ties to Reds USA.

[UPDATE]: Ryan will be running for WRC a well known on-road company making their foray into the 1/8th scale off-road market. Ryan has also signed with Alpha Plus Engines as a US market representative and a driver 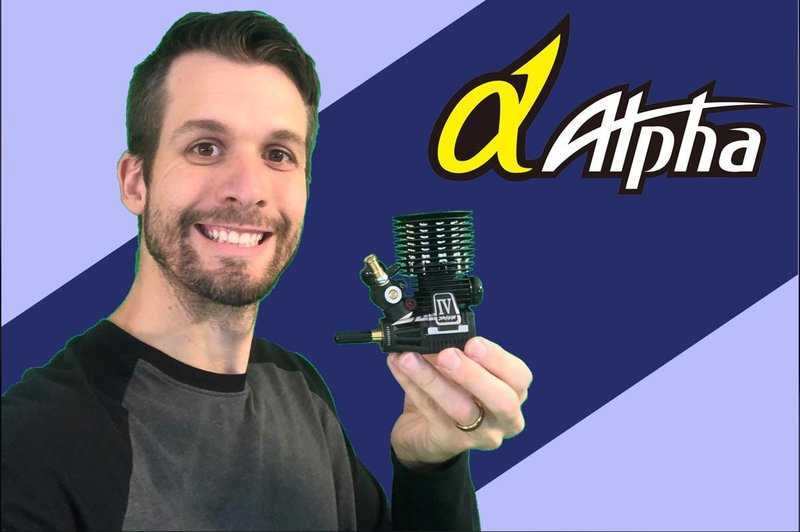 The Large Scale Yokomo USA Exodus: Team manager Joe Pillars along with, top level stock racer Matthew Gonzales and a host of others have announced their departure from Yokomo USA this morning.

[UPDATE]: Joe Pillars: Pillars is announcing his future plans on his facebook live tonight, we will update with what he says in the morning! Joe Pillars is now taking a more prominent role at 1Up Racing with their team and sales as well as still managing the Muchmore USA team. 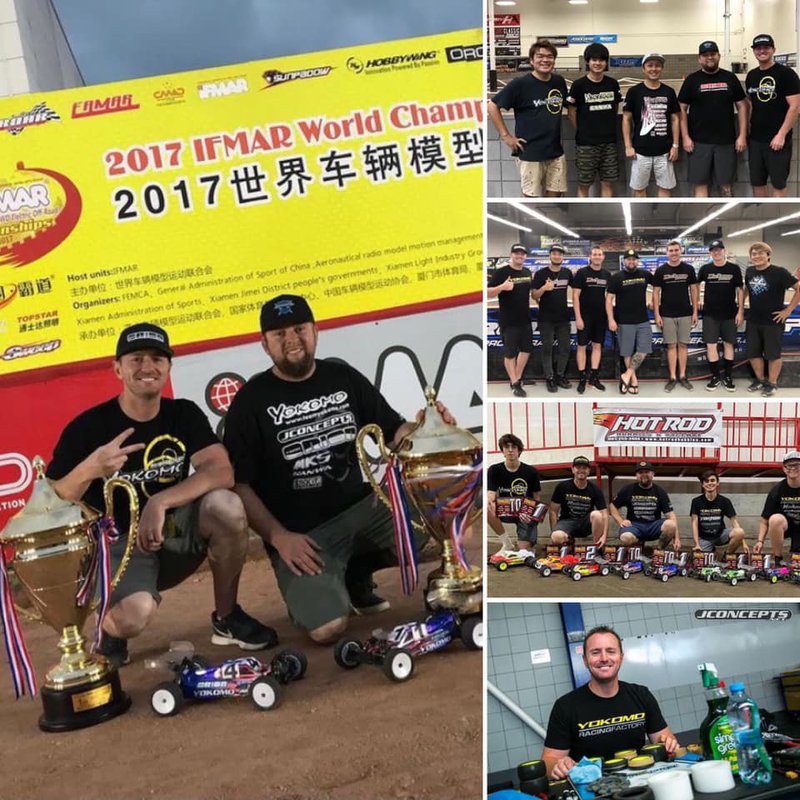 Ryan Maifield: This rumor stream has gone kind of cold, but looks like Ryan could've potentially been out at Yokomo with the reduction of the team. Ronald Volker already left along with others so it was plausible to hear that Maifield would be too. Everything pointed to the fact that he wanted to stay with Mugen Seiki but that would be tough without a stand alone 1/10th scale program to back him. Rumors pointed to potentially going to either Team Associated, Sworkz, or Infinity, but as stated earlier it seems like things have calmed down and Ryan will be staying where he is at. 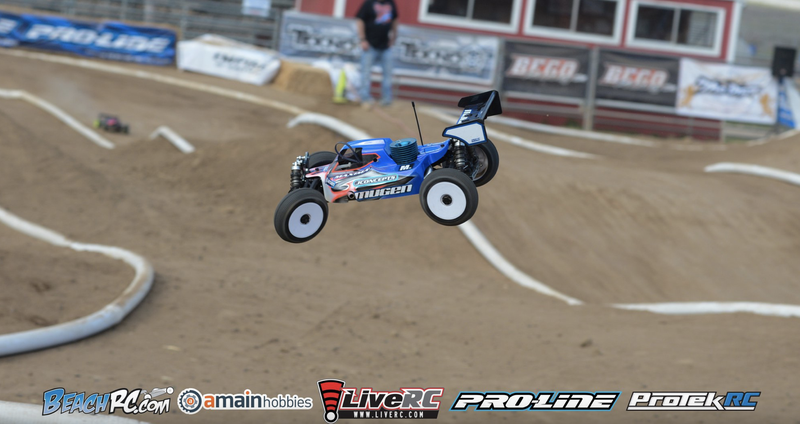