A MOMENT WITH MIKE: R/C Dirt Oval Racing on the Rise 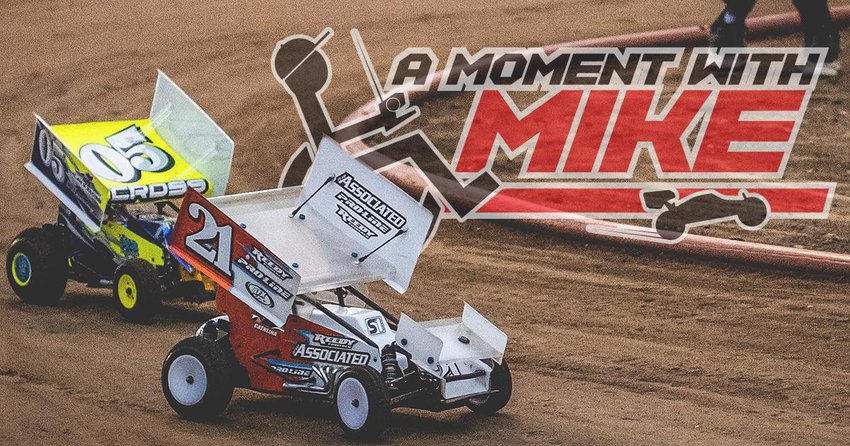 This past weekend I headed out to one of my local tracks to practice and run nitro 1/8 buggy for the first time this year. The outdoor off-road track was open to practice, and it was a Saturday points series race for R/C dirt oval racing. For the dirt oval racing program I expected a turnout of 30-40 racers being it was a points series race, but to my surprise the parking lot was packed from one end to the other with over 80 entries. The night before was an outdoor off-road race night, in which didn’t happen as there wasn’t enough entries to race.

What surprised me even more than the total number of entries for dirt oval racing was the number new racers and close off-road racing friends (who have not been in attendance to race off-road) that have taken a new interest in the R/C dirt oval scene. 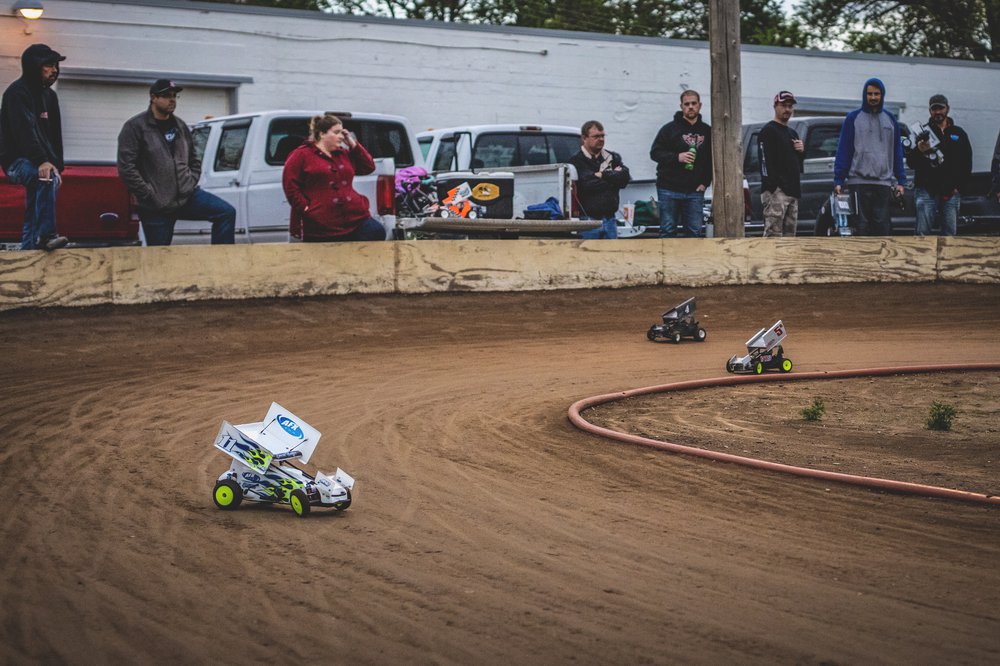 Although I was the outcast with my nitro 1/8 buggy among tables full of electric sprint cars, late models, and SC modifieds, my good buddies allowed me to pit with them for my lonely afternoon practice session. I couldn’t help but ask them why? R/C dirt oval racing is not a new thing, but as of recently for many places (primarily across the Midwest) it has become increasingly popular among new and experienced R/C enthusiasts.

Even several annual off-road events are being "replaced" by dirt oval events in the region - such as the JConcepts Spring 1/8 Off-Road Nationals being replaced by the inaugural JConcepts Spring Dirt Oval Nationals.

There must be a reason for the sudden rise in popularity, especially that from long-time off-road racers. I want to know that reason and use it to help ALL genres of R/C racing to grow. 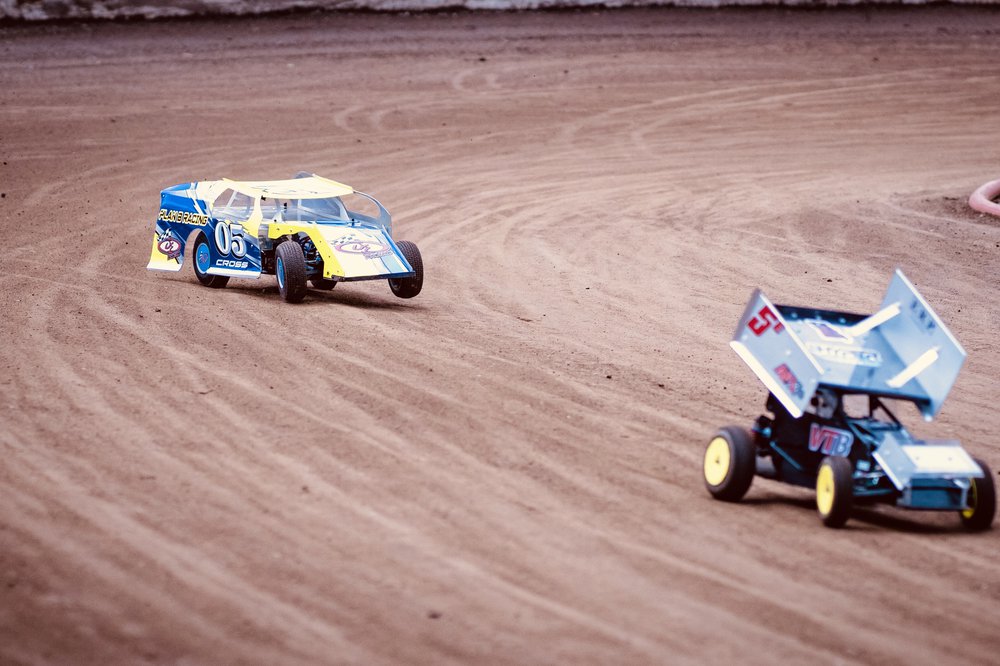 While talking with a handful of close friends that range from new racers, to track owners, experienced R/C dirt oval gurus, and long-time off-road enthusiasts who have made the jump – these are a few of the main attractions and reasons they are drawn to R/C dirt oval racing:

“One cool thing is the majority of large trophy races around the country that are ONE DAY long!”

“For new racers dirt oval requires a lot of talent to be good at it, but no talent to get started. I think off-road is really tough for beginners unless you have a ridiculous amount of ambition. Dirt oval is less intimidating overall.”

“Tire prep, choice, and insane amount of compounds and treads killed off-road for me.”

“Money races in dirt oval are big draw, which you don’t see as often in off-road.”

“It’s simple to get started and it attracts fans and racers from real dirt track racing…where is there a fans, racers, or a real off-road track around here racing full size cars that look like off-road R/C buggies?”

“My friends are doing it, and R/C racing is about friends. I don’t care what we are racing.”

“Oval racing seems much easier to jump into vs. off-road. New racers can get around the track without having to constantly run down and turn marshall themselves. The prep before a race seems less intimidating than with off-road for the newer crowd as well.”

“R/C dirt oval racing is more relatable, more structured, the formats are easier to understand, and it offers true beginner classes that don’t have high price tags to get into.”

“It’s a combination of things. Staleness of off-road, oval races are usually run much quicker, wanting to try something different, and racing again with the people I grew up with.”

"A lack of major 1/8-scale off-road events in the midwest in recent years, and the worlds largest dirt oval events are 4-5 hours at most from my front door."

"We can take our wore out off-road cars and with the right conversion have a competitive car and be out little money."

"It's a change of pace. Offroad has become so over competitive. Guys don't want to quit racing, but the cost of 1/8 scale off-road is going through the roof and the 1/10-scale off-road tire game is almost worse than on road." 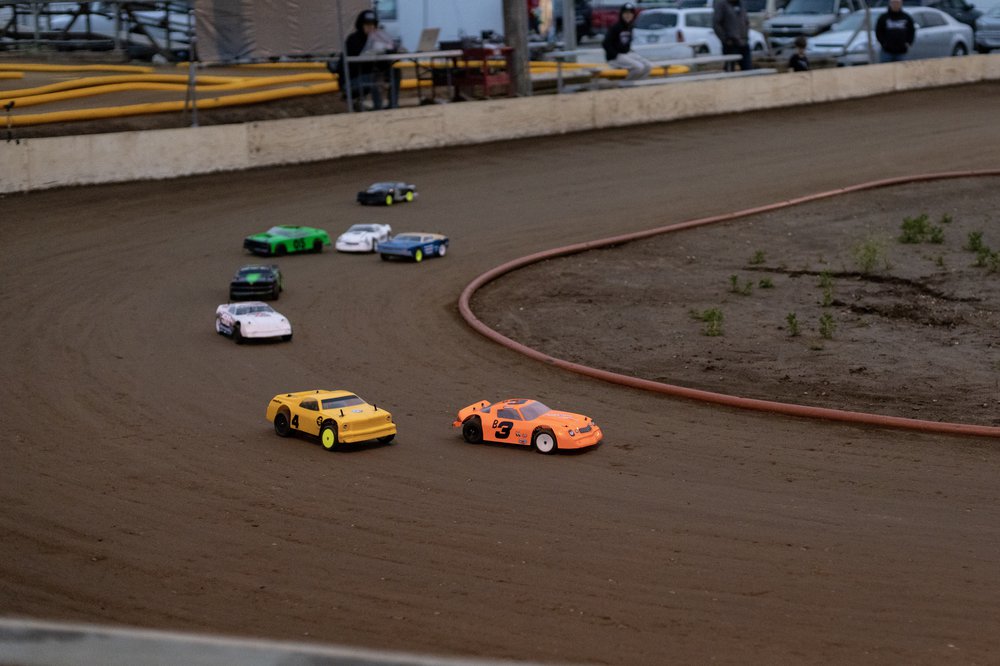 Today’s question today for new racers, experienced R/C dirt oval racers, and off-road racers who have recently taken interest in dirt oval racing – what is the reason, the attraction, and how can we share that with other forms of R/C racing? Share your thoughts, comments, and opinions below!