A MOMENT WITH MIKE: Should racers be allowed to skip qualifying, enter, and race on main day? 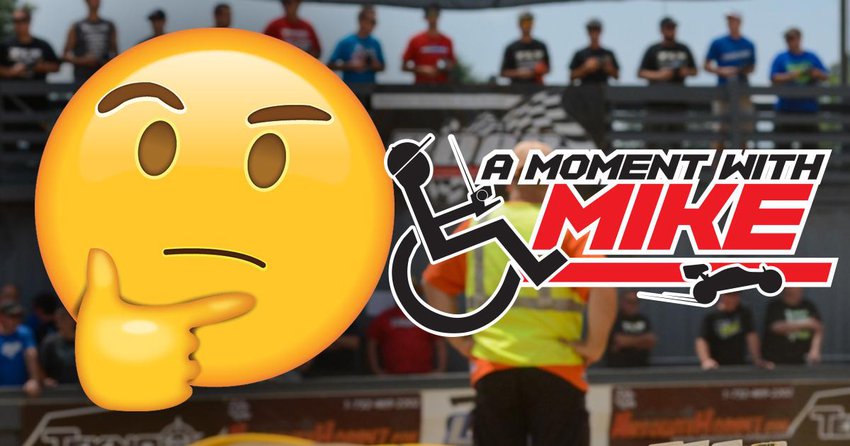 This week’s edition of “A Moment with Mike” is inspired by a question from a LiveRC viewer. After attending a large event recently, the viewer asked my opinion on allowing racers to show up the day of the mains, enter to race, and work to bump their way up to A-Mains. This is a very interesting topic to me, and one that I had never really thought too deep about until I was asked.

The last time I saw this happen close to home was years ago at an RC Pro Series regional event. Two ROAR National Champions showed up the day of the mains, entered, and attempted to bump up to the A-Main in Pro Nitro Buggy. The duo bumped a LOT that day, but with a little bad luck and no love from the competition, one failed to bump out of the C-Main and the other failed to bump out of the B-Main.

So, the question is, should this be allowed? Is it fair to racers who have taken the time to spend all weekend at an event practicing, qualifying, and preparing for the mains to have new competition show up on main day to potentially take away their chances of bumping up and/or winning?

Obviously for the racers who are showing up with no practice or qualifying, there is no advantage and most would consider them to be at a major disadvantage. Assuming they are paying the same entry fee as everyone else with less track time, I can see where this wouldn't be an issue. This also would be no different than a scenario in which someone broke in warm-up of every round in qualifying and wasn't able to start the races (long shot, but I've seen it happen).

On the flip side, there are drivers that are talented enough to use a few laps of warm-up to get on pace and smash the competition without having to spend the previous 14 hours at the track qualifying and practicing - especially at more local and some regional events. I can definitely see the frustration and feeling towards it being unfair for drivers who have worked all weekend long to earn their spots by qualifying into each main, and suddenly their shot at bumping up or winning is taken away by someone who shows up 10-minutes before the mains start.

I’m on the fence with this one, as I can see both sides. Is the disadvantage of showing up on main day with no track time enough to make it fair, or is showing up the day of to bump-up unfair like cutting in a long line that's been waiting their turn?

I want to know what YOU think. Take the poll below and share your thoughts and opinions in the comments box below!

Should racers be allowed to show up on main day, and enter to race without qualifying?
YESNO
A Moment With Mike
Share:
blog comments powered by Disqus