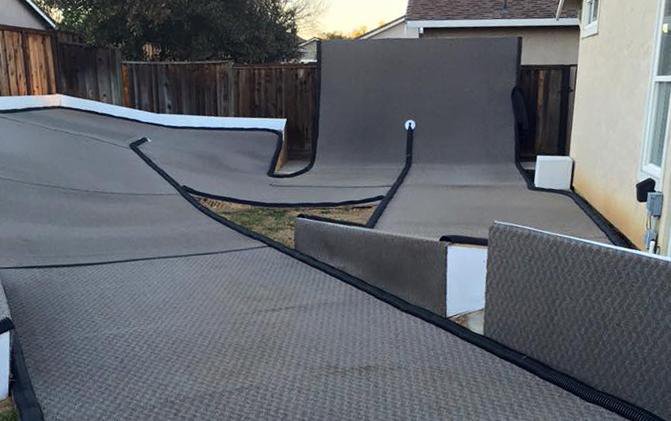 With the help of his father and a couple of friends, Sean Catucci of Brentwood, CA installed one of the coolest backyard tracks ever seen. The group covered nearly every square foot of Catucci’s suburban backyard with carpet and plywood, creating two large crossover doubles, a wall ride, a couple of banked corners and huge elevation changes that equal lap times around 12 seconds. To celebrate its installation, and the arrival of 2016, Catucci is hosting what he’s calling the “Tilted RC Backyard Bash”

He’s providing the barbecue and music. And you’re invited.

The track isn’t just for the practice time behind the wheel for the 31-year-old, whose family owns J&S Auto Glass Inc. in the East San Francisco Bay region of California, but a chance to gauge what it would be like to run his own racing facility. “I want to open my own warehouse so bad,” said Catucci, ”I just don't have the start up money yet.”

Catucci got the idea when, as a racer, he got frustrated with his local racing scene and decided to try to build and maintain something better. When his friend Gabe Acampora, owner of NorCal Flooring, mentioned getting rid of some old materials Catucci seized the opportunity. “He was about to throw out all the carpet and I said ‘No way, I need all of it,’” said Catucci. 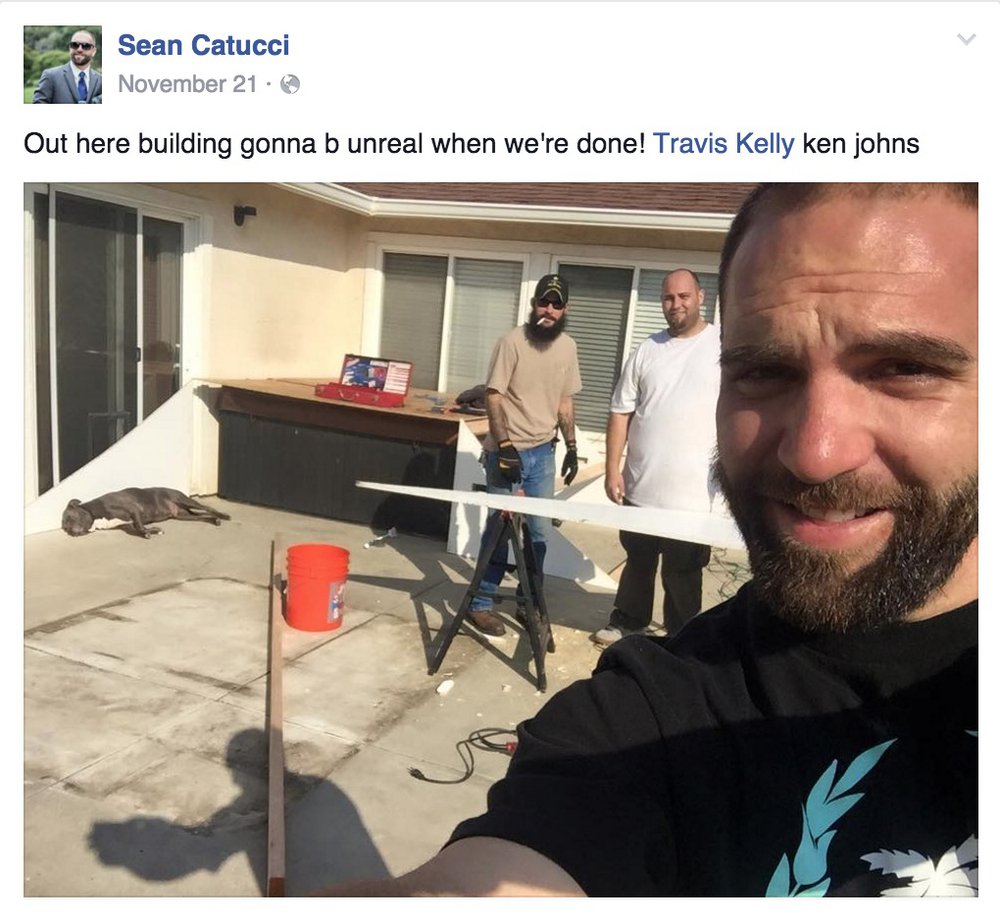 He recruited his father, Joie, and fellow racer Ken Johns for help designing and building the track, and the three went to work. “We had a vision,” said Catucci, “and it came out incredible.” Not only was carpet readily available, but he actually preferred the surface anyway. “I honestly think carpet tracks are the future for RC if we can get everyone on board," said Catucci, who added, "The consistency of the traction is unreal, and you never see one person complaining when they come off the driver’s stand.” 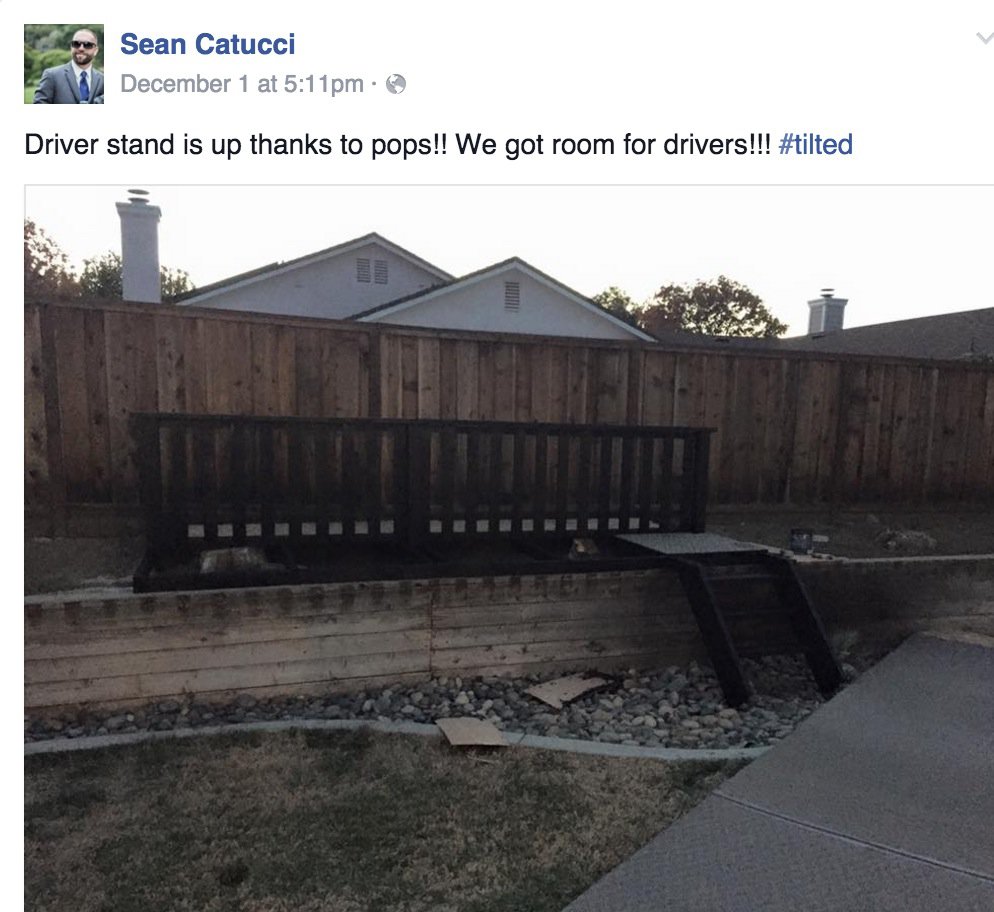 The group started on November 21 and built the track section by section, with plenty of breaks to test the course for rhythm. Catucci documented the build on his Facebook profile, with racer friends in the area praising the concept - and expressing interest in burning laps themselves. “I haven't got Pops to put his hand on a remote yet but the time is coming,” said Catucci, who added, “It's only a matter of time before we get him hooked into the hobby.” 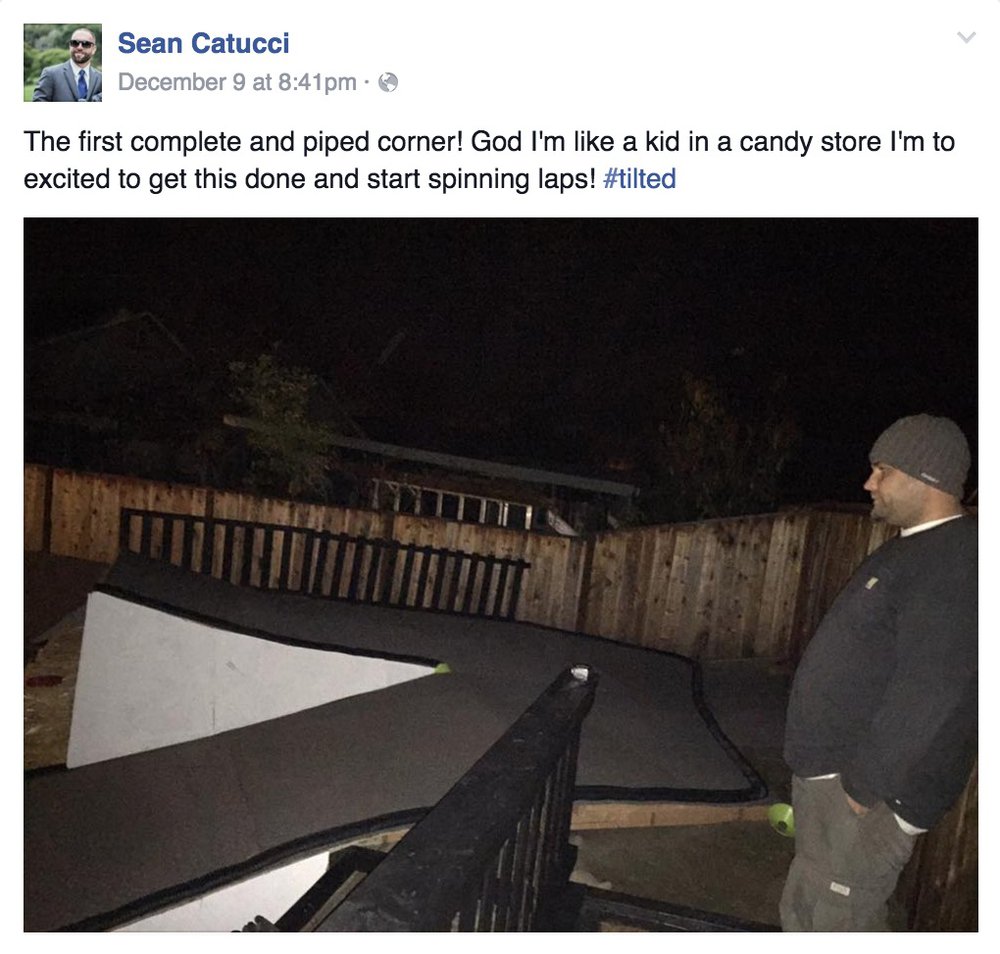 Catucci announced his plans to host the New Year’s Day race when the build was completed on Saturday. and shared the first videos of cars running full laps on the RC10B5 Nation Facebook page on Sunday evening.

Here's a few laps for you guys hope u enjoy them!

Catucci plans on inviting racers on Friday starting at 11 AM and, despite his aspirations to build his own full-time racing facility, isn’t hoping to make a fortune this weekend. “I’m just going to put out a donation box and try to put on a cool show,” said Catucci, “We’re so excited that everyone is enjoying what we created. I want to do something fun for everyone and see what feedback we get.” 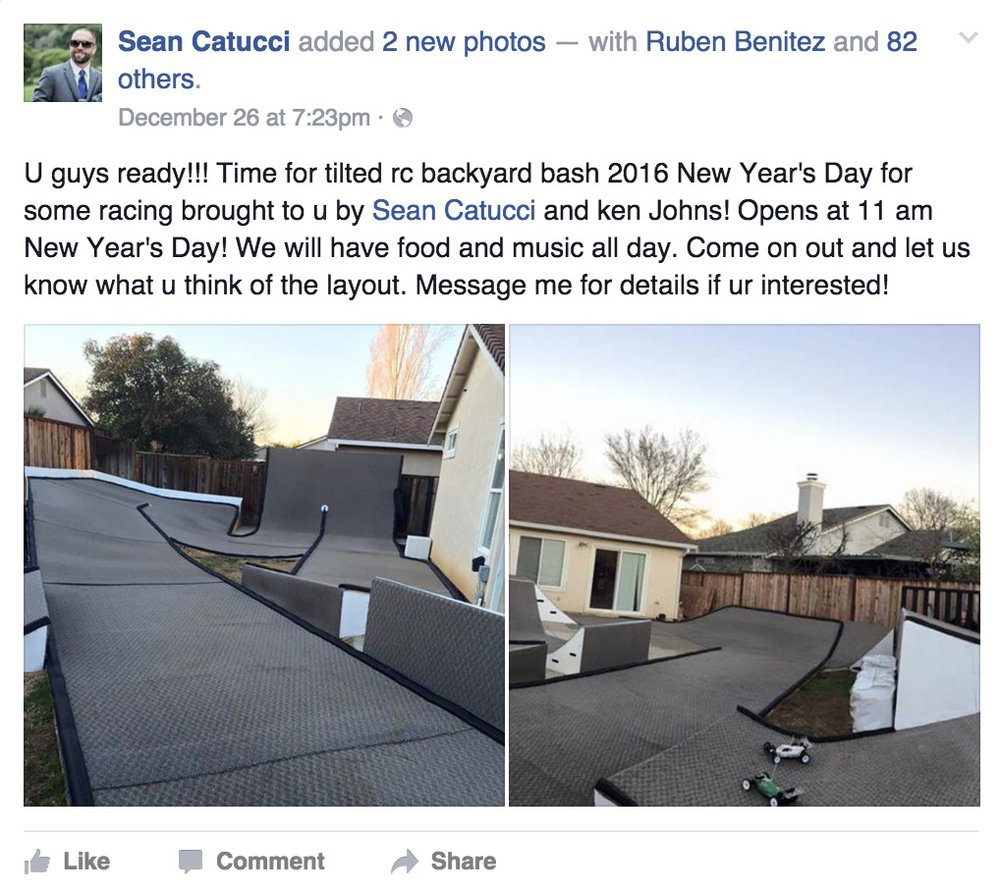 Catucci notes that his girlfriend probably didn’t realize what was going on until it was too late. “She thought I was nuts,” he said, “until she saw it taking shape and realized what we had going on.”