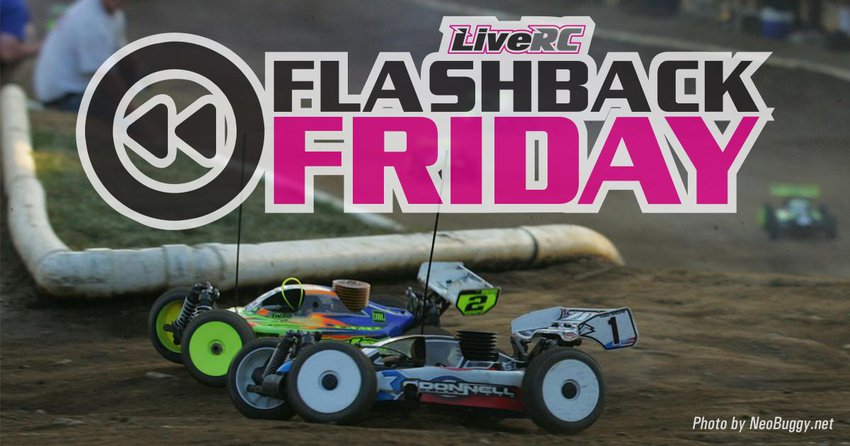 Everybody knows that Friday is meant for reminiscing old times. Each week we take you back in time as we flashback to some of R/C racing's greatest moments, products, drivers, and more!
Next week kicks off the 2018 ROAR Fuel Off-Road Nationals at Southside Raceway in Lake City, Florida. In honor of this coming week's event, we flashback 10 years ago to the 2008 edition of ROAR Fuel Off-Road Nationals. In a time when there were multiple truck class championships up for grabs, 2008 hosted two separate Fuel Nationals - one for buggy, and one for truck (1/10-scale gas truck, 1/8-scale truck, and monster truck). 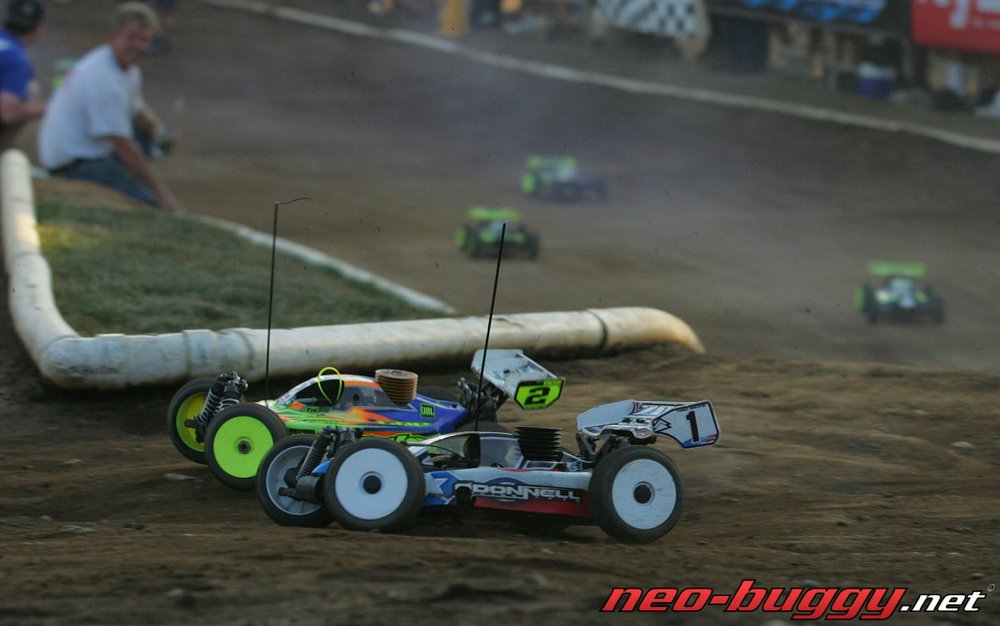 (Truhe vs. Tebo - Photo courtesy of NeoBuggy.net)
The 2008 Fuel Buggy Nationals were hosted at Thunder Alley Raceway in Beaumont, California. Jared Tebo would set the pace in qualifying to take TQ with his O'Donnell 1/8-scale buggy ride, but it was Losi's Mike Truhe (who started 2nd) that would emerge victorious. Truhe would take the win over 1/2-Final bump-up driver Billy Fischer in second, and Jared Tebo third. 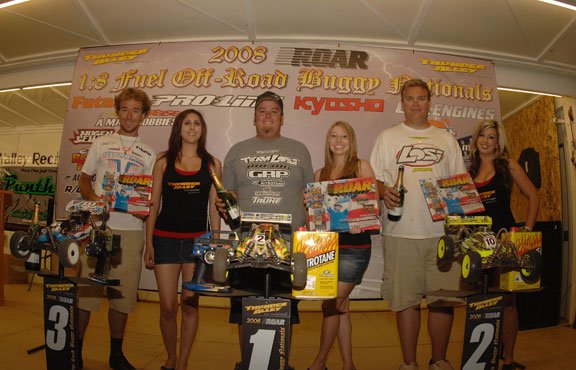 The 2008 Fuel Truck Nationals were hosted by the Nitro Pit just outside Phoenix, Arizona. In the 1/8-scale truck class it was yet again Jared Tebo who would take TQ, but a DNF 20-minutes into the hour long main led to a 14th place finish. Instead, Ryan Maifield would take the 1/8-scale Truck National Championship win with Ryan Cavalieri in second, and Adam Drake in third. 2007's reigning truck champ, Taylor James, would finish fourth, and Mugen's Bobby Tillman fifth.

Tebo's luck would turn around in 1/10-scale Truck as he set TQ and went on to win overall 1-second ahead of 2008 Buggy National Champ, Mike Truhe. Cavalieri would finish third, Maifield fourth, and Adam Drake fifth. Finishing 2 laps down from Drake was the young rising star who now holds multiple National and World Championship titles - Ty Tessmann.