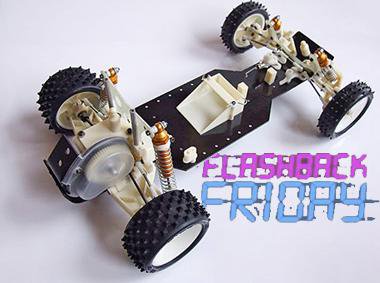 Everybody knows that Friday is meant for reminiscing old times. Each week we take you back in time as we flashback to some of R/C racing's greatest moments, products, drivers, and more!
Flashback: 1989
Horizon Hobby/Team Associated TQ10 Graphite
Team Associated’s RC10 shot to the top of the off-road racing scene upon its release in 1984, as the famously gold-tubbed 2WD buggy far outpaced everything in its class. The car evolved a bit in the years that followed as AE’s team drivers and engineers made small changes to improve performance, winning the first-ever IFMAR World Championship in California and adding a slew of national titles.
Meanwhile, Horizon Hobby Distributors had opened in 1985. The company began growing quickly in both the air and surface markets, expanding from its Illinois headquarters to a second location in Paso Robles, CA the following year.
Prototypes of a next-generation Team Associated buggy grew more extreme as the decade came to a close, as Masami Hirosaka piloted a wild, carbon fiber “Stealth” buggy to the 1989 World Championship in Detroit. Team Losi had released its first JRX-2 in 1988, with a graphite plate chassis, and the RC racing world wondered if Team Associated would consider a different material for production kits as well.
While Horizon Hobby had grown by leaps and bounds by distributing brands across the country, they soon started exploring the possibility of acquiring exclusive distribution rights and developing its own products. In 1989, Horizon teamed up with Team Associated - the world’s leader in 2WD off-road buggies - to produce the Horizon Hobby TQ10 Graphite. 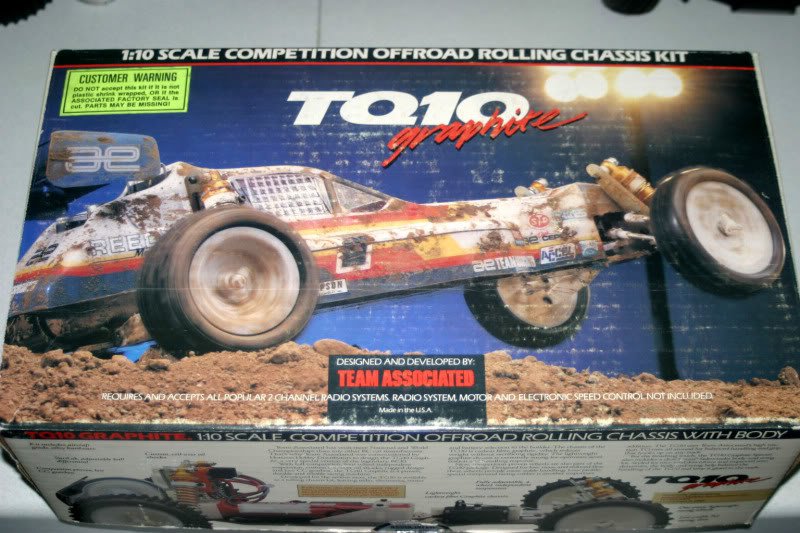 Structurally, the TQ10 was similar to the original RC10 but with a single carbon fiber plate chassis. The kit included its own TQ tires and wheels, as well as an unpainted body, wing, and driver figure. The fact that Team Associated built the car wasn’t a hidden secret - the fact that the TQ10 Graphite was closely related to the successful RC10 platform was a main selling point!
The TQ10 Graphite preceded Associated’s own RC10 Graphite by a few months. In addition to a chassis made with woven carbon fiber that had been cut in a different shape, AE’s version had some different suspension components as well - namely new rear hubs with additional toe-in, longer front arms with two new shock mounting options and a front shock tower with additional holes to suit. The RC10 Graphite also introduced rear universal/dogbone stub axles, stronger idler gears, steering blocks with inline front axles, adjustable turnbuckles, and new, lower-profile 2.0-inch tires and wheels. A second batch of TQ10 Graphite buggies was produced a little over a year later, reflecting many of the new components found on the RC10 Graphite. By that time, though, Team Associated had already chosen to return to aluminum tubs for the Championship Edition and Team Car kits in 1990.
Though the TQ10 doesn’t come up very often in RC conversation, the kid did whet Horizon Hobby’s appetite for producing its own products. In 1992, Horizon Hobby purchased fellow Illinois distributor Hobby Dynamics and, with it, exclusive rights to several brands. In 1995, Horizon Hobby enlisted Team Losi to build the GTX, Losi’s first nitro-powered vehicle. Finally, in 2001, Horizon Hobby purchased Team Losi.
Quite a departure from cracking into the RC car market with their biggest rival, don’t you think?
(Photos from RC10Talk.com and www.rcscrapyard.net) 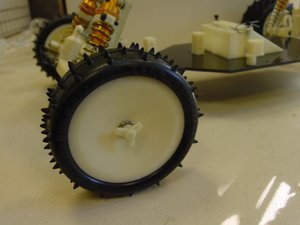 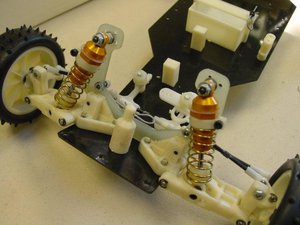 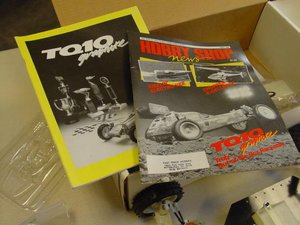 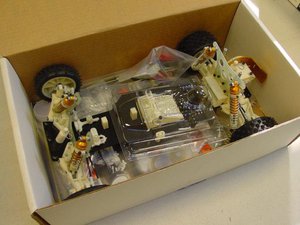 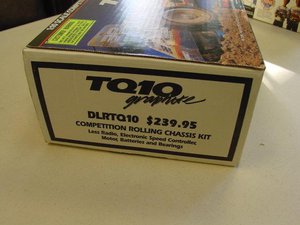 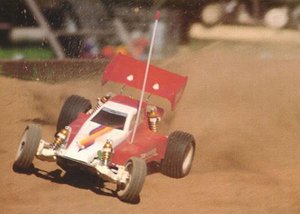 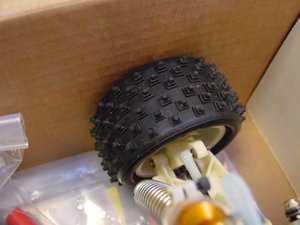