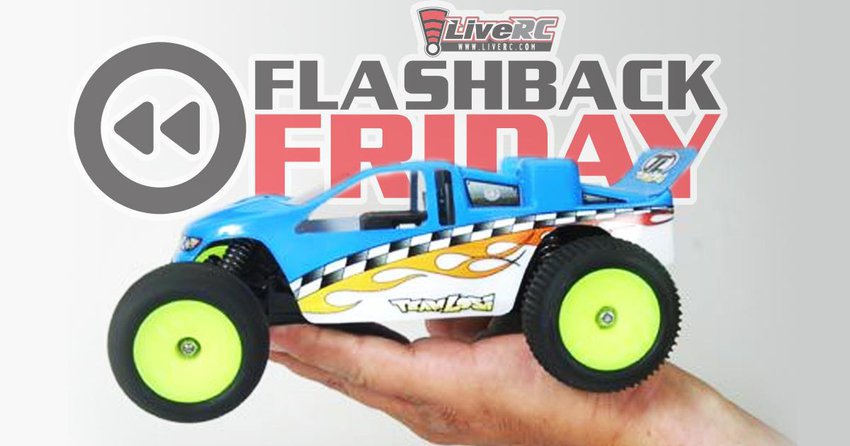 Yesterday Losi unveiled their giant new release (literally) with the new 5ive-T 2.0 1/5-scale 4wd short course truck. Weighing in at over 35lbs, 1/5-scale vehicles are monstrous compared to the 1/10 and 1/8-scale R/C vehicles most are accustomed to. For this week's Flashback Friday we travel to the opposite end of the scale for the release of yet another Losi hit vehicle - the 1/18-scale Mini-T. 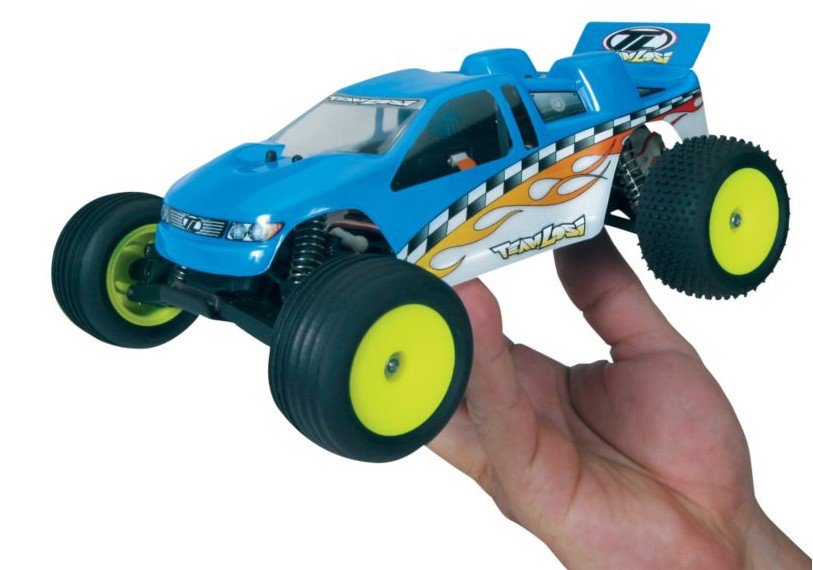 The Losi Mini-T was first introduced in late 2003. The tiny 1/18-scale truck was a downsized version of Team Losi's successful XXX-T stadium truck. The truck was sold as a RTR and required either AA batteries or a NiMH battery back, however, it didn't take long before the Mini-T became more than just a RTR living room racer. 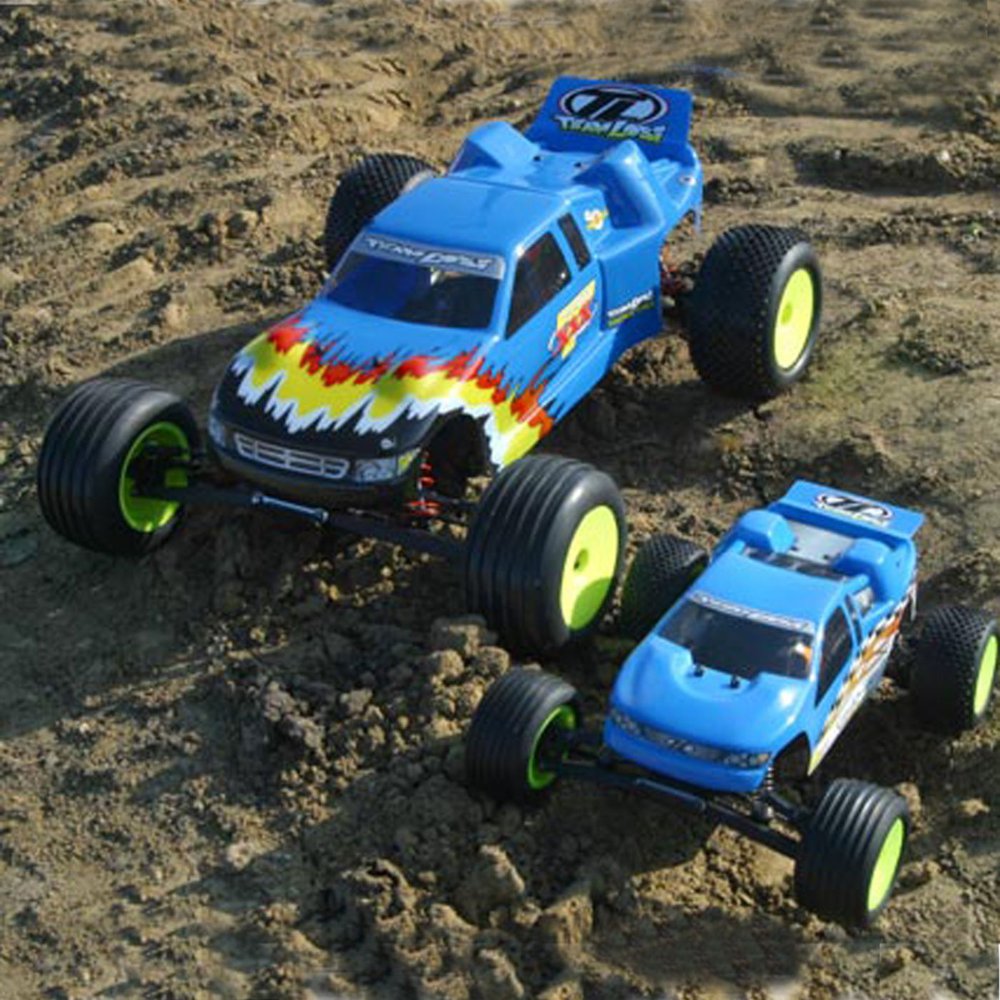 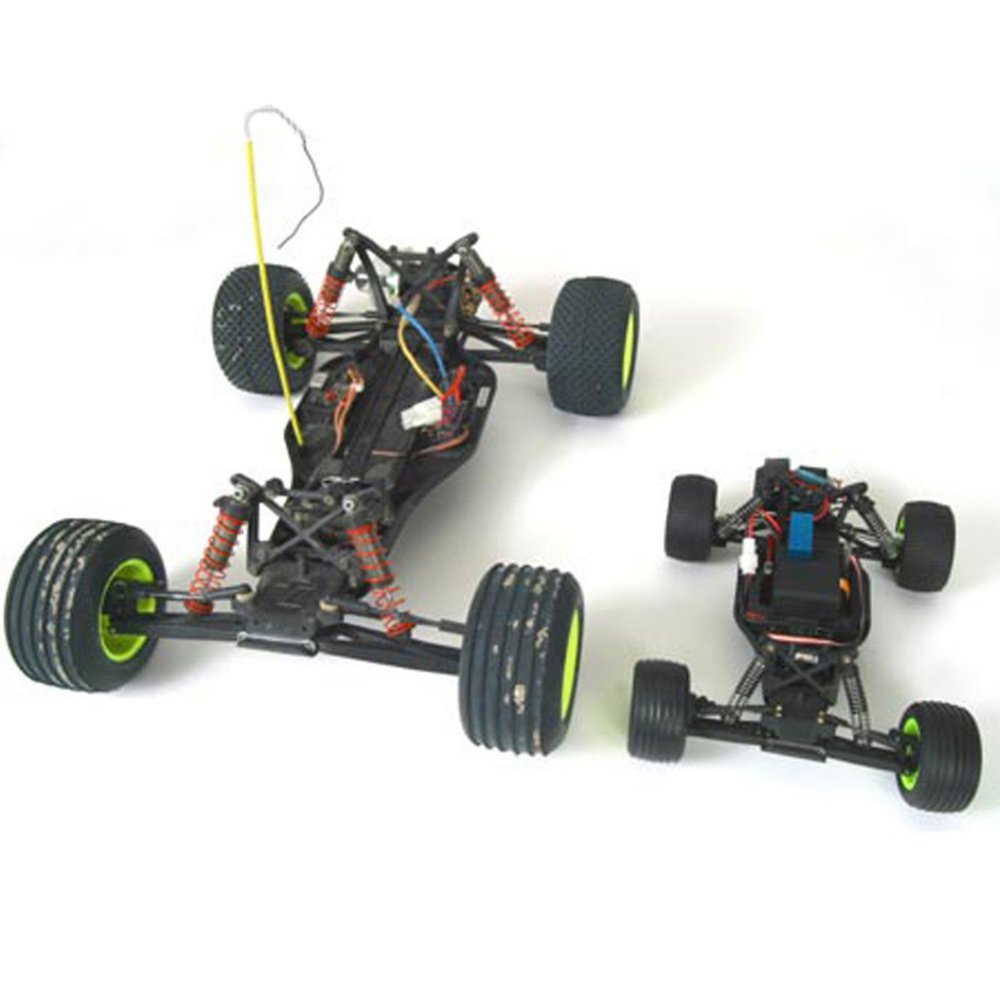 (Side by side comparisons of the XXX-T and it's new little brother, the Mini-T)

More and more brands introduced their mini version vehicles, and soon after the 1/18-scale race was on.

By 2004 the Mini-T was hitting race tracks around the globe including everything from backyard tracks to national level events. Along with the popular miniature R/C vehicles came the birth of numerous new 1/18-scale events around the country, which gathered serious racers with exceptional talent all to do big battle with a small scale. 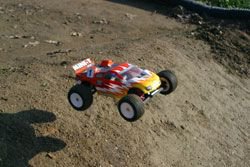 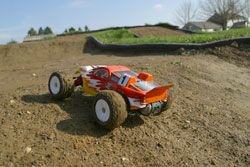 The truck was a hot topic for aftermarket companies with everything from high performance carbon fiber racing parts to extra durable super bling aluminum kits. Losi introduced their own line of option parts and even offered track accessories such as buildable ramps and track markers. 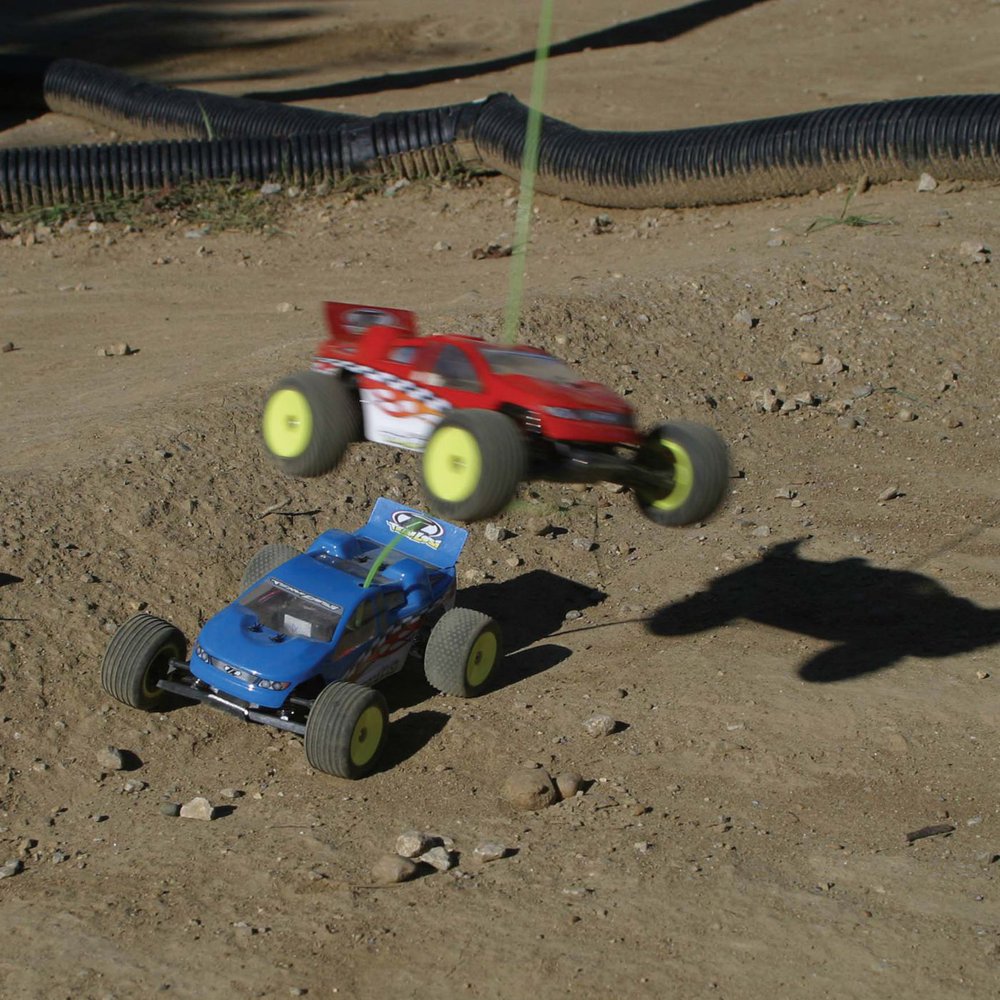 The Mini-T went on to be released in a variety of different versions over the years, including a Mini-T Pro which included nearly all of Losi's essential racing options, but all of the Mini-T models were eventually discontinued. Today's its closest relative in the Losi family is the 1/14-scale Mini 8IGHT series. 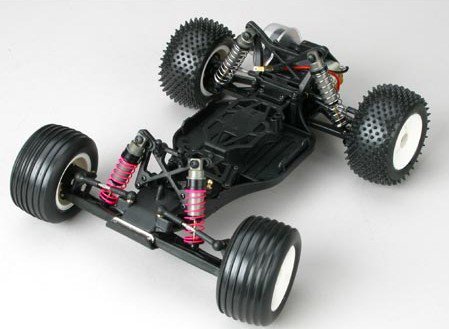 While the Losi Mini-T was not the first, nor the last, miniature R/C vehicle - in my opinion it brought new life and immense popularity to the mini R/C scene that still continues to exist and grow today.

At a Glance
The Losi Mini-T RTR is a full-featured, 1/18-scale off-road truck that you can race just about anywhere. Its chassis is inspired by the championship-winning XXX-T and boasts "big truck" features like an extended travel, long-arm suspension, digital proportional radio system with adjustable rate steering, as well as an electronic speed control with reverse. Best of all, the Mini-T is completely ready to run and includes a painted body with stickers already applied. Just drop four AA alkaline batteries into the truck and eight into the transmitter, and you're off.