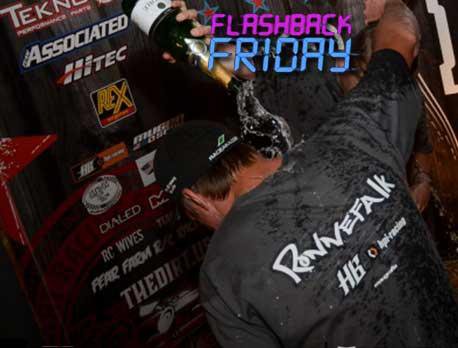 Everybody knows that Friday is meant for reminiscing old times. Each week we take you back in time as we flashback to some of R/C racing's greatest moments, products, drivers, and more!
Flashback: 2014
David Ronnefalk's Pro-class victories at the Dirt Nitro Challenge

When Swedish off-road all-star David Ronnefalk crossed the finish line just fractions of a second ahead of his nearest challenger in the 45-minute Pro Nitro Buggy final, he made Dirt Nitro Challenge history for several different reasons. He became the first driver born outside of North America to win the coveted title in the 19-year history of the event, and beat a fellow European to do so, and he’s still the only driver born outside the continent to win any Pro-class title, let alone three of them. He earned the third class win for HB Racing, moving the brand into sole possession of third all-time for Pro Nitro Buggy, and the company’s tenth Pro victory overall - breaking a tie with Kyosho for most ever. 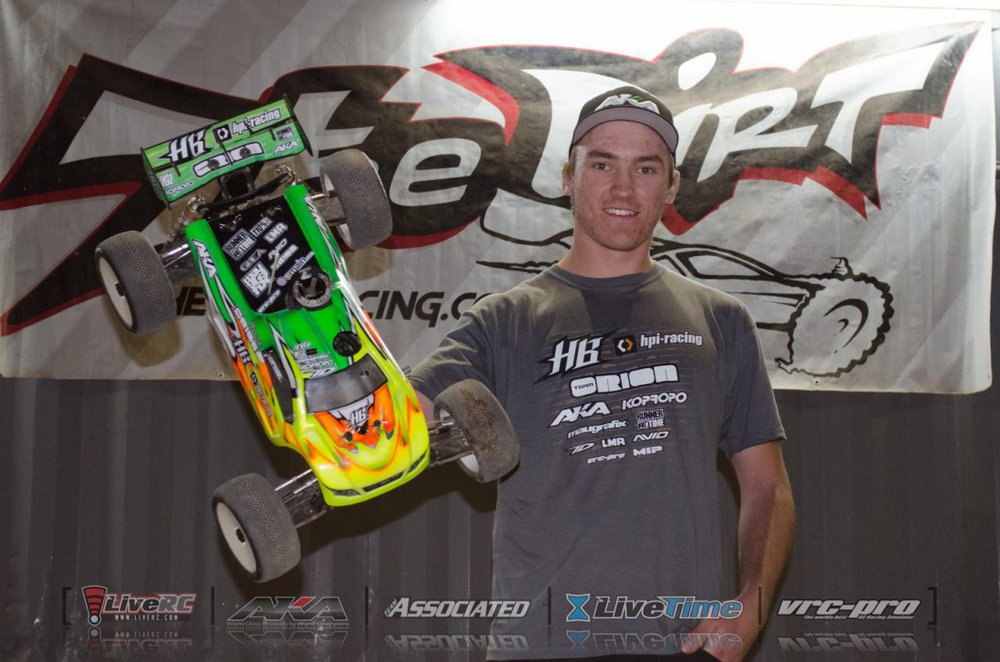 On a personal level, Ronnefalk’s win moved him into some very exclusive company: he’s just the third driver, along with Ty Tessmann and Ryan Maifield, to win at least once in all three Pro 1/8-scale classes at the DNC (editor’s note: I mistakenly said he was the second while shivering my way through his post-race interview Sunday night).

Here’s a look back at Ronnefalk’s three big wins:

Then-Kyosho driver Ronnefalk qualified third behind TQ Drew Moller and Ryan Lutz — then driving for Mugen Seiki and Team Durango, respectively. Ronnefalk raced his way into the lead by the end of lap three and sped off to win the race by more than ten seconds. 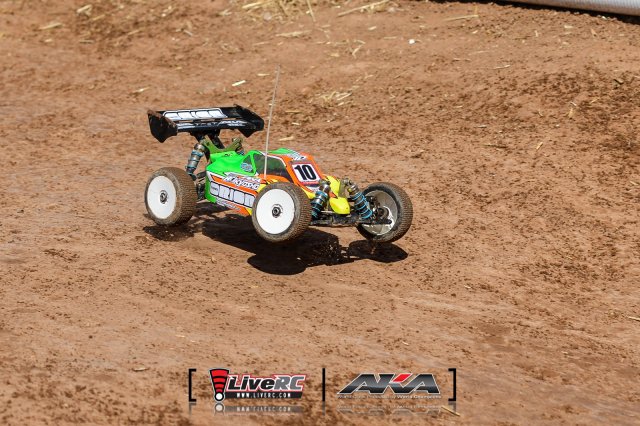 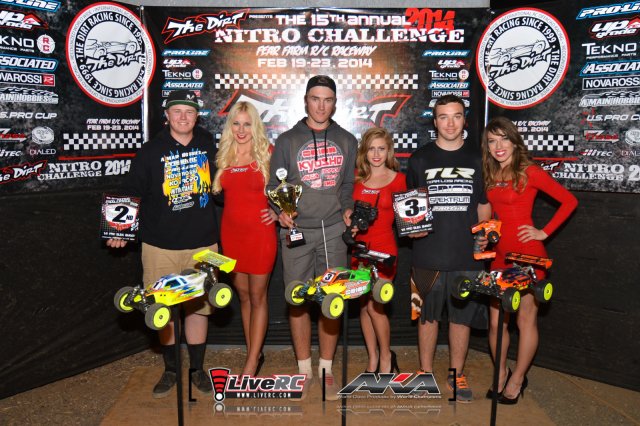 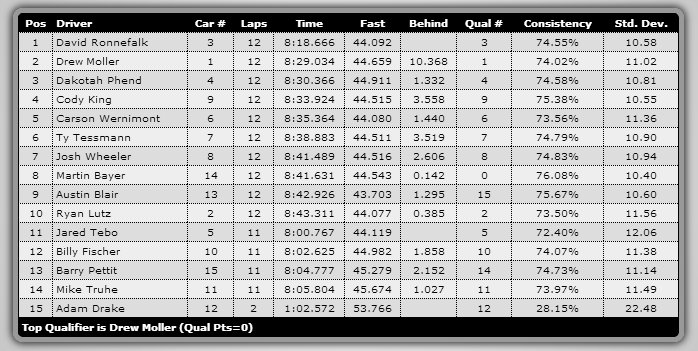 After switching to the HB Racing team for the 2015 season, Ronnefalk qualified third in Pro Nitro truck behind 2011 champ Jared Tebo and his new teammate, three-time defending champion Ty Tessmann. Ronnefalk briefly interrupted Tebo’s lead in the first 12 minutes, and then swapped the top spot with Tessmann ten times over the remaining 33 minutes before securing the first position for good just five laps before the end. 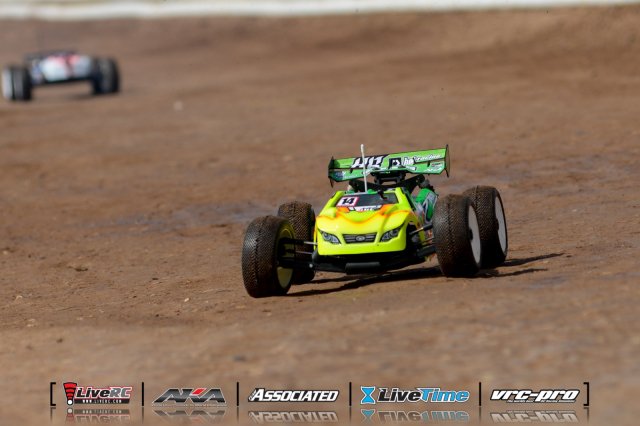 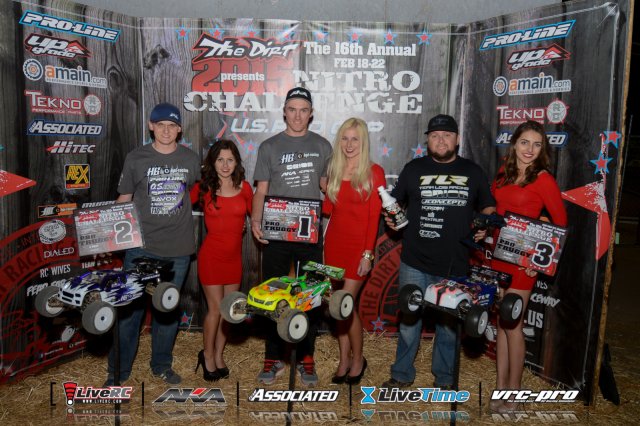 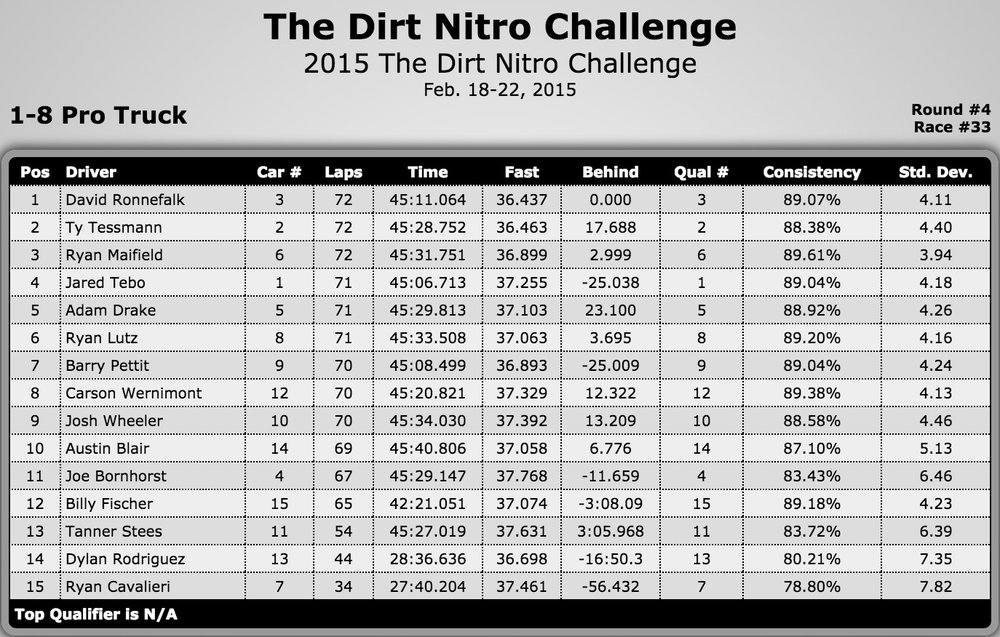 With Top Qualifier Tessmann, in his second DNC with XRAY, out front at the start, Ronnefalk quickly worked past João Figueiredo and Marco Baruffolo when both made mistakes in the opening laps. He first took the lead on lap six, the first of 12 lead changes among four drivers who broke away from the pack in the early stages of the 45-minute race, and ultimately held the lead five times for a total of 27 laps - including the one that mattered, at the end of which a mistake in the final corner allowed fellow world champion Robert Batlle to close within 0.65 seconds at the finish line. 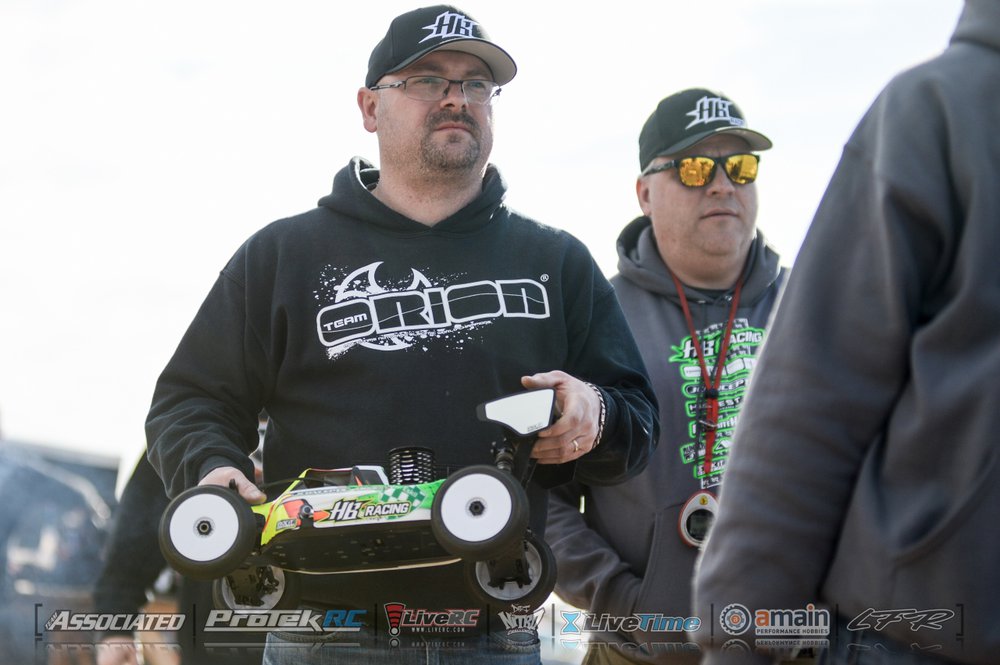 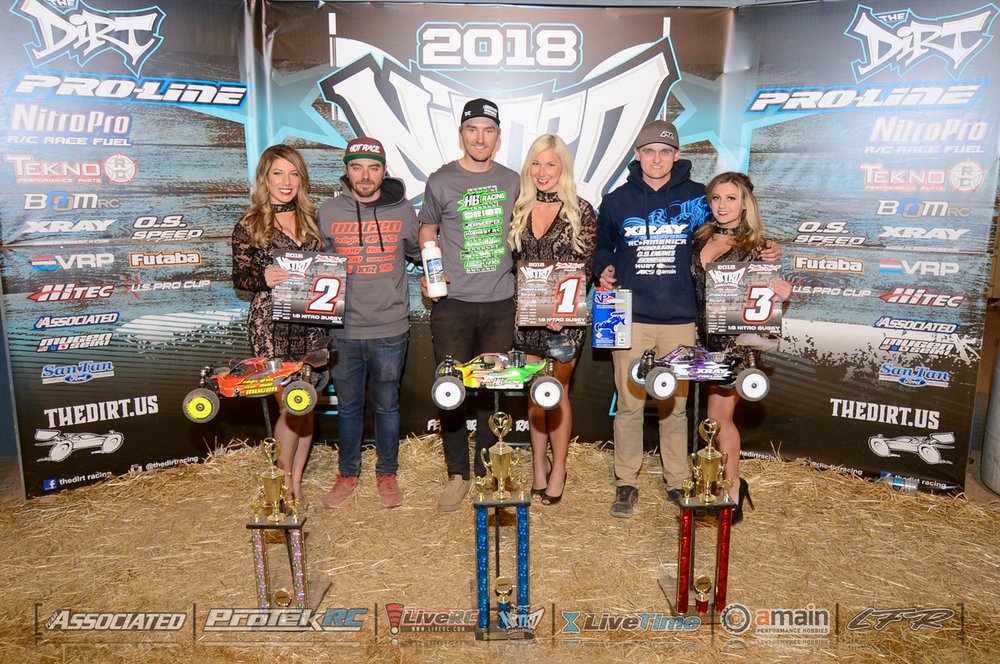 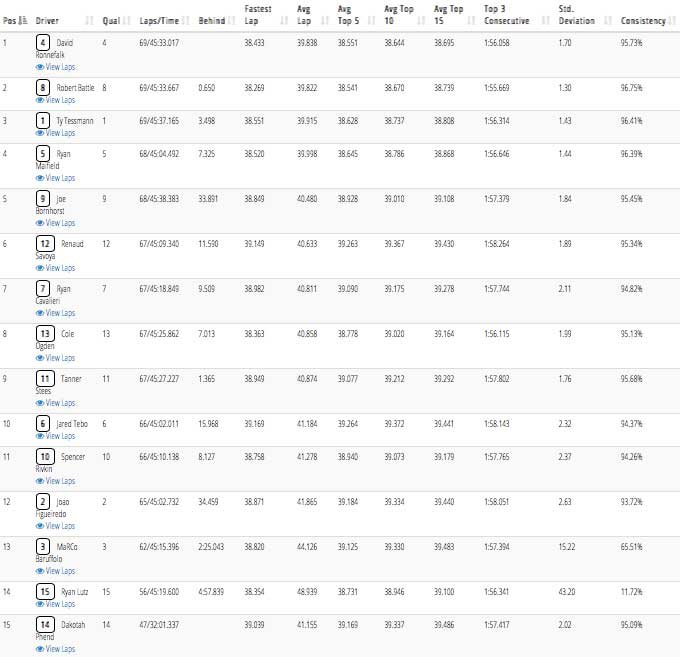 Flashback Friday: Gas Truck Past and Present
12 hours ago