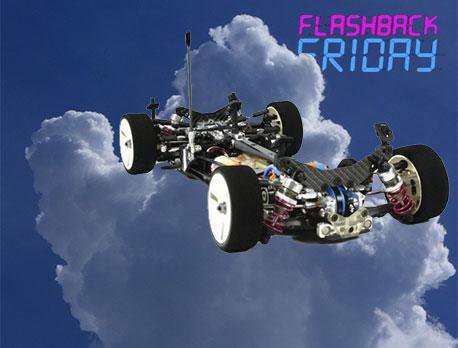 Everybody knows that Friday is meant for reminiscing old times. Each week we take you back in time as we flashback to some of R/C racing's greatest moments, products, drivers, and more!
Flashback: 2006
Team Magic introduced the new E4 touring car with the best press release ever
This week marks the ten-year anniversary of the official announcement of the original Team Magic E4 touring car. On November 12, 2006, a press release hit the Internet and email inboxes of RC media that knocked everyone’s socks off:
"On the basis of the surviving will, people of thousands years ago learn how to enjoy a roast roar with fire. And from the experience in history, we modern citizen have pork knuckle for dinner faster and more delicious with the microwave oven.
Through these years, Team Magic desires to show you the brand new model concept car of E4, the monster in the fluffy clouds. Although the exterior of the monster looks delicate without energy, but itÂ¡Â¦s actually with flame inside of the blood. For the purpose to overthrow the traditional model racing concept, Team Magic first try on the under slung design for centralizing the motor and the batteries to balance whole the body. Also, totally different from the old concept for transmission belt, Team Magic fearlessly adopt 3 transmission belts with fine dimension dents to chase higher efficiency. When we animate the monster, it will just fly quite faster in the fluffy clouds like wind lightly without gravity. With more you drivers participation, E4 will release with more powerful surprises."
Clearly, online language translation software ten years ago wasn’t as good as it is now.
As for the car itself, the chassis was designed around what was essentially the last generation of brushed motors and Nickel-Metal Hydride batteries. At the time, Team Magic products were being imported into the United States by Team Trinity, so the press vehicle was fitted with a Cobalt 2 motor and iB Power 4200mAh 6-cell pack along with an LRP speed control. 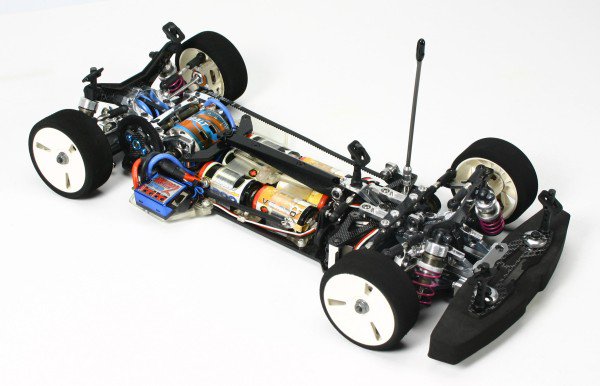 With the motor and saddle-pack battery located directly down the center of the chassis, which necessitated the longest of the three drive belts be located way off to the left side of the car, the E4 was a stark departure from the rest of the field - today’s Team Magic tourer uses a more traditional layout. Even still, the raw aluminum bulkheads and hardware, along with carbon fiber used throughout, made the E4 a very attractive vehicle. Unfortunately, it never really got a chance to prove itself; the car was released during what turned into the beginning of a decline for touring car racing, and without a serious and dedicated team to develop it and compete at major races, the E4 never really got any attention after the press release. 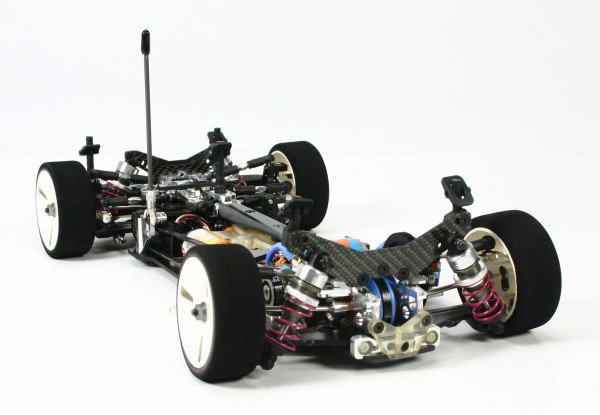 Team Magic kept the E4 name for its subsequent touring car platforms, as its racing team currently campaigns the E4RS III Plus - which the Team Magic Europe/HRC Distribution squad has driven to Euro Touring Series finals appearances and several nationals round victories across Europe. A couple of weeks ago, Team Magic announced that a 2017-spec E4 was in the works.
However, the monster in the fluffy clouds lives on. 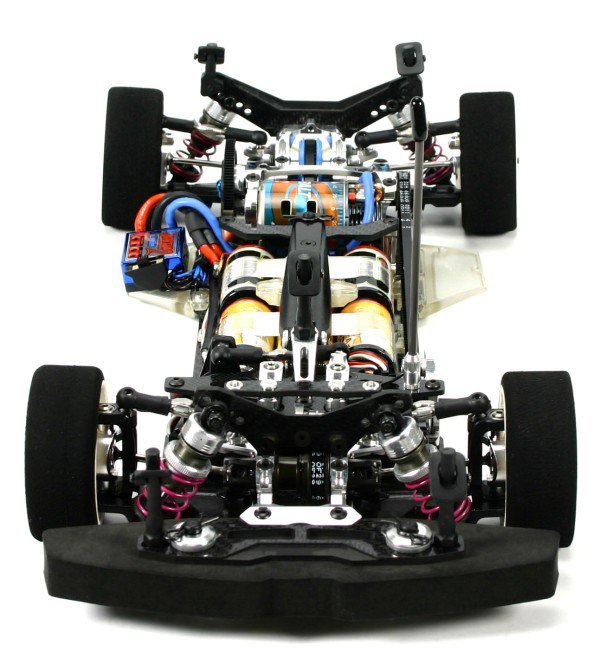