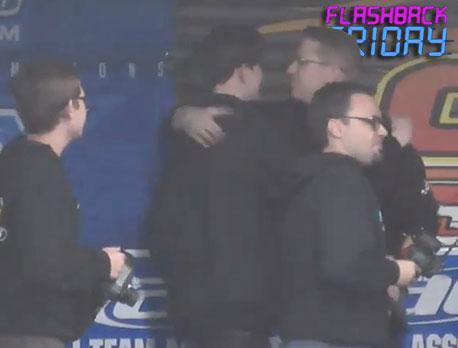 Everybody knows that Friday is meant for reminiscing old times. Each week we take you back in time as we flashback to some of R/C racing's greatest moments, products, drivers, and more!
Flashback: 2017
Thielke and Champlin earned emotional Reedy Race Open-class titles
The combination of up-and-coming stars and veterans looking for breakthrough wins make the Open 2WD and 4WD classes at the Reedy Race of Champions incredibly exciting. With the top 30 drivers in the world (based on results from the IFMAR Worlds, ROAR Nationals, EFRA European Championships, JMRCA Japanese Nationals, and promoter invitations) sequestered into their own heads-up racing program, those that might otherwise be hoping to break the top ten in a single round of qualifying suddenly have a shot at a major victory. 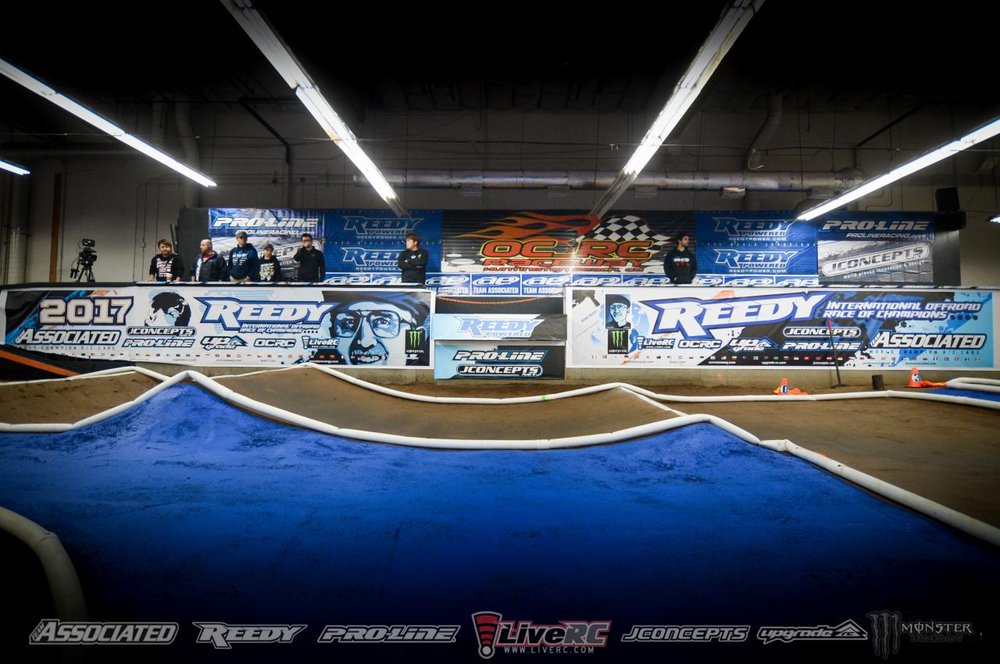 The Open categories at the 2017 edition of the Reedy Race couldn’t have produced two winners at more different stages of their careers. Brent Thielke, the team manager for Team Associated as well as the man responsible for organizing the event itself, capitalized on the mistakes of the younger racers he was competing against and, after winning the first of two 10-minute A-Mains, held on by less than nine-tenths of a second in A2 to clinch the 2WD championship twenty years after his first Reedy Race appearance. Immediately afterward, his 14-year-old teammate Broc Champlin cruised across the finish line with a five-second gap — despite starting fourth on the grid, to win the championship.
Here’s how it all went down:
Kyle Turner of Oakley, CA got the Open-class action started with the quickest run in the first round of 4WD qualifying, with fellow under-18 racers Broc Champlin, CJ Jelin and Tommy Hinz in tow. The top four swapped spots in the second round, with Jelin setting the fastest time of the weekend to score the round win. Arizona native Hinz took over after that, with the best times in rounds three and four to earn the overall TQ. 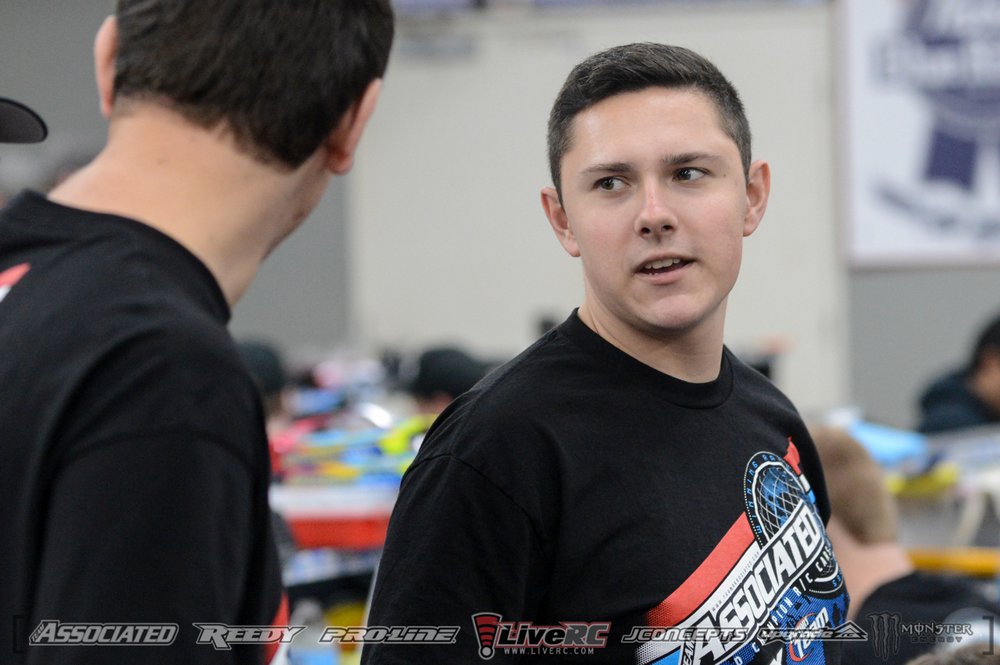 At the start of A1, Champlin raced from fourth on the grid to pass Jelin and move into third, then got by Turner two laps later. Hinz made a mistake at the 4:00 mark and lost two spots, and the finishing order was set - Champlin, Turner and Hinz all crossed the line within two seconds. 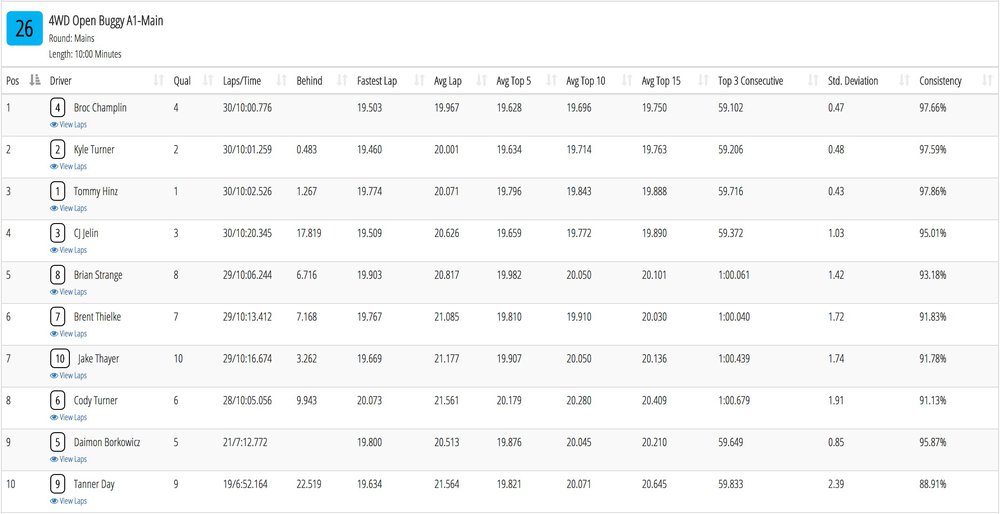 The start of A2 was a disaster for Turner and Jelin, leaving Hinz with a big lead out front with Brent Thielke — who started seventh — and Champlin behind. At the 3:30 mark, Hinz crashed over the roller at the end of the straightaway and Champlin slipped by for the lead. 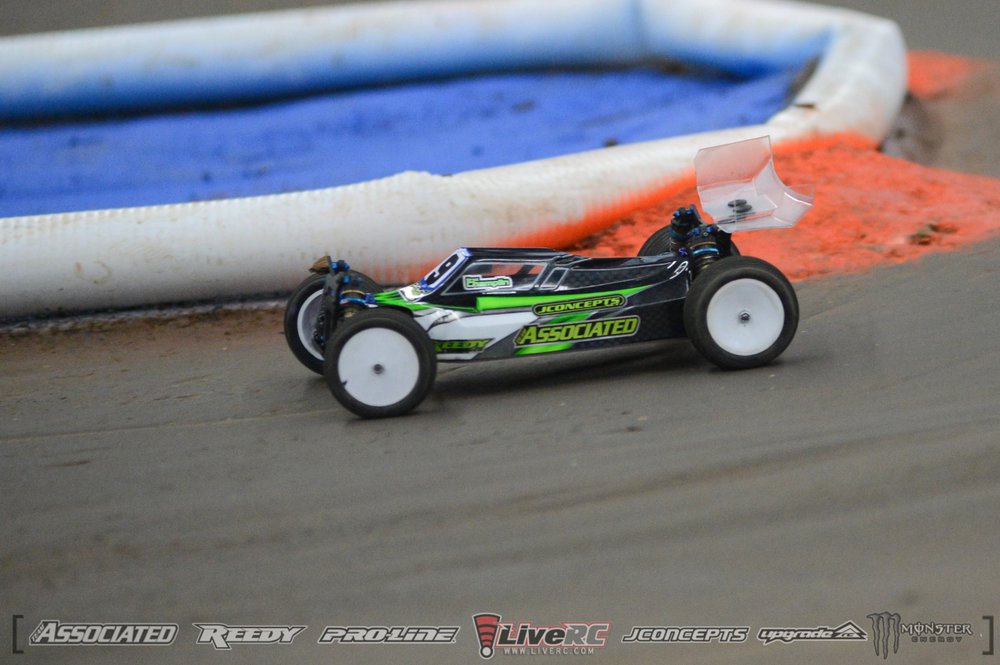 On the very next lap, Hinz crashed in the same spot and gave up second to Jelin. At the 6:00 mark, Jelin raced to the inside of Champlin around the peristyle turn to take over the lead, but he came up short on the triple with 1:30 remaining and Champlin got by for the win. Jelin and Hinz both dropped out of the race in the final minute, which allowed Turner back to second and Jake Thayer, who started tenth after bumping up from the B-Main, into third. 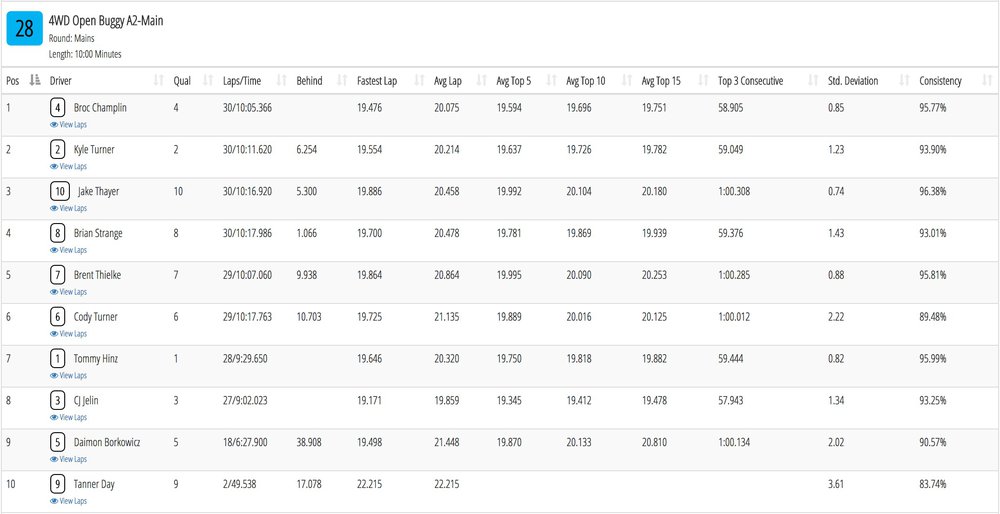 Champlin’s two wins earned the championship, and Turner’s two second-place finishes locked up second overall. Third place went to Brian Strange of Sacramento, CA, whose 5-4 scores were the best of the rest. 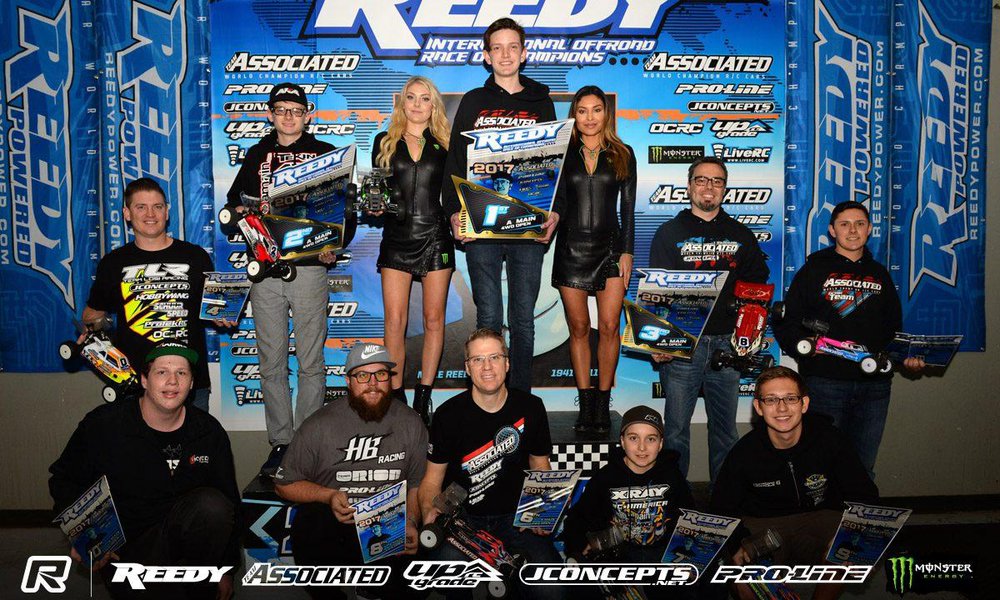 Utah native Broc Champlin kicked off 2WD-class qualifying with the fastest time in the first round over Arizona racer Ashe Deering and Floridian fast kid Daimon Borkowicz; unfortunately for Deering, he never again cracked the top 15. Indiana’s Tyler Jones was just eighth in the first round, but scorched the track in round two with what held up as the fastest run of the weekend while Champlin faltered, finishing 13th. Champlin rebounded in the third round and recorded a time less than a half-second slower than what he did in the first round, again good enough to top the charts while Borkowicz edged Jones by less than seven-tenths of a second. Jones rose to the challenge in round four, however, to win the round — and beat Champlin on a tiebreaker for the overall TQ by 4.55 seconds. 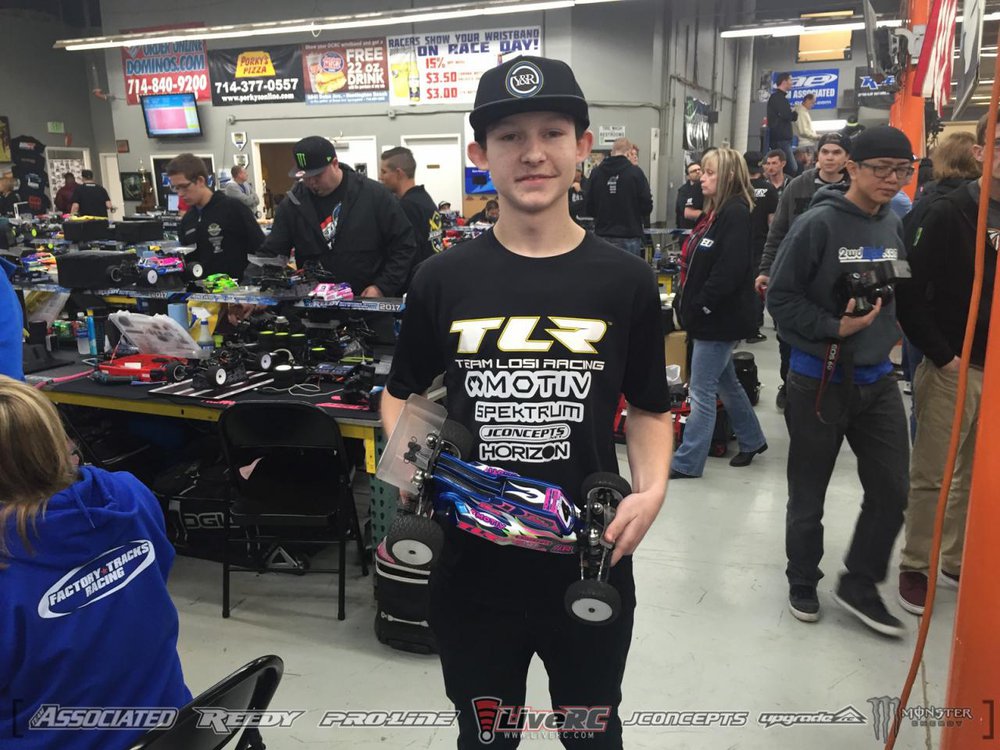 Jones couldn’t convert the advantage — or his qualifying speed — into a clean start in A1. He crashed at the beginning and dropped to fourth, while Aydin Horne rocketed from fourth on the grid to take an early lead. 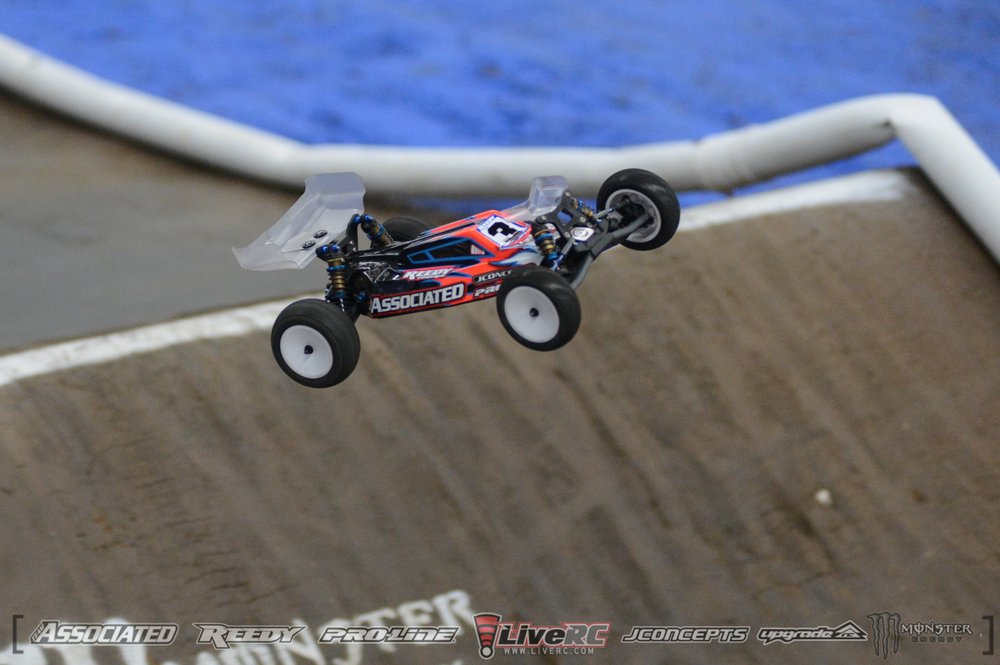 Thielke quickly moved past Borkowicz and Jones, then raced his way into the lead by the end of lap five and held on for the duration as Jones clawed his way back to second and Champlin finished third. 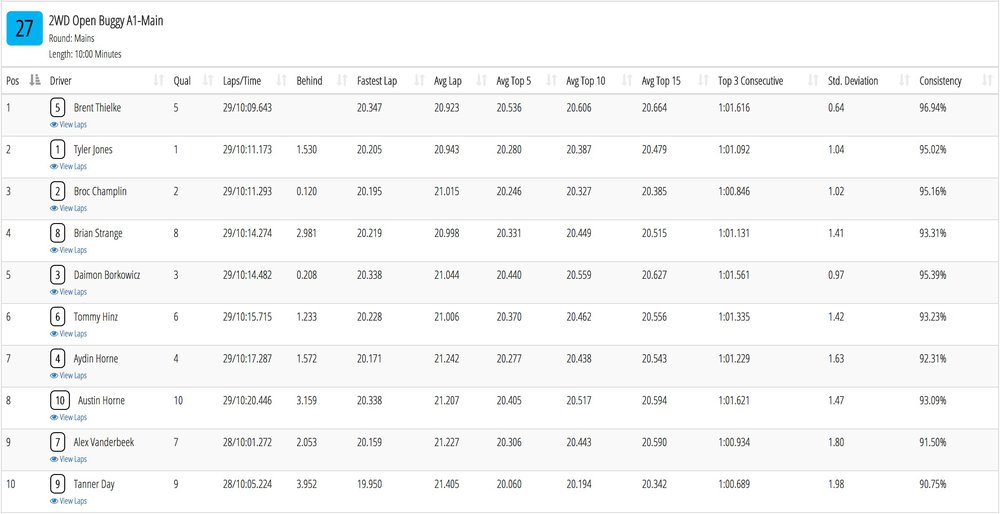 Champlin shot past Jones at the beginning of A2 and never looked back. Meanwhile, Thielke passed Borkowicz and Horne at the same time, and then got by Jones at the halfway mark. Tenth qualifier Austin Horne, Aydin’s brother, surged through the field and got to third place about 8:20 into the long main event, but finished .857 seconds behind Thielke in third. 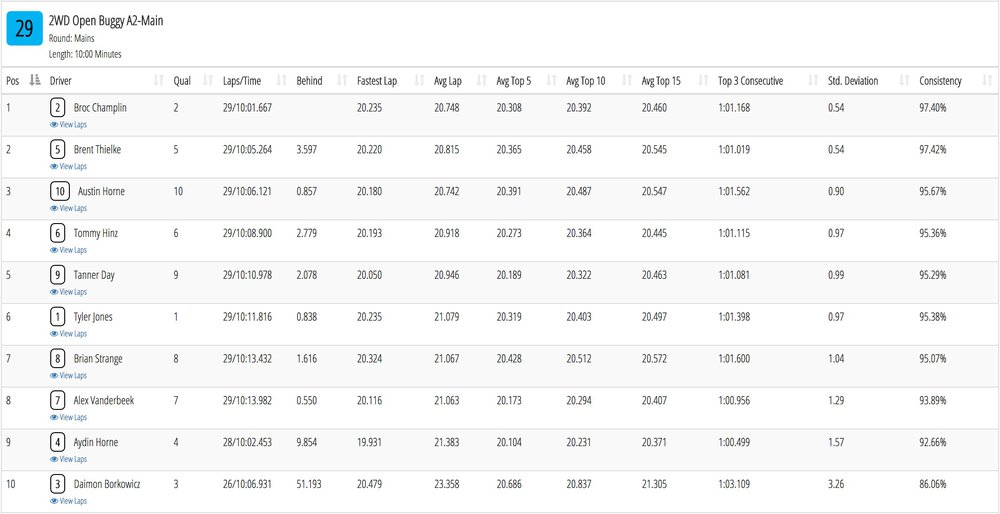 Thielke’s results of 1-2 edged out Champlin’s 3-1 for the win by one point, and Thielke knew it the instant he crossed the finish line. Champlin finished second as the only driver on the podium in both classes, and despite finishing sixth in A2, Jones’ 2-6 scores were good enough for third. 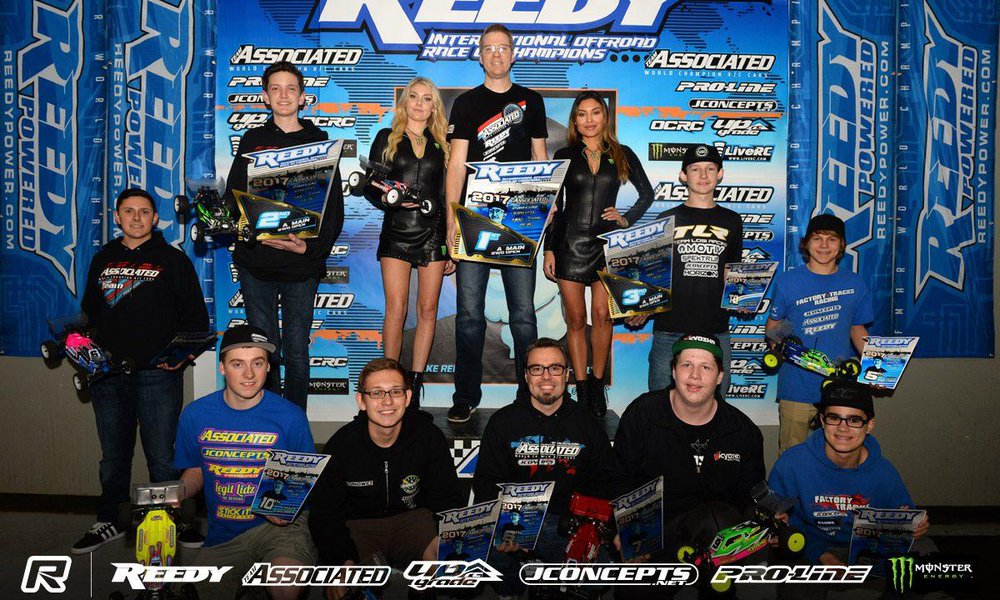 How will Champlin and Thielke stack up in the Invitational class next weekend? And who will take the Open class crown? We’ll find out after three days of racing at OCRC!
Flashback Friday
Share:
blog comments powered by Disqus