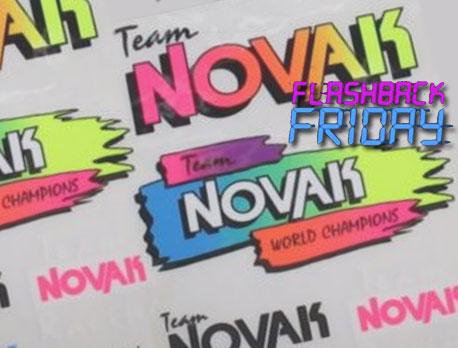 Everybody knows that Friday is meant for reminiscing old times. Each week we take you back in time as we flashback to some of R/C racing's greatest moments, products, drivers, and more!
Flashback: 1978-2016
Notable product releases from Novak Electronics
On Monday, Novak announced the family-run business was ceasing its business operations - calling an end to one of the most innovative brands in RC history, which helped pioneer some of the most groundbreaking leaps forward in technology our industry has ever seen.
In January 2014, Novak Electronics officially changed its name to Novak R/C, at which time founder Bob Novak began splitting ownership with his daughters, Linda and Laura, as well as engineering director Adnan Khan, and the company announced a deal with Hobbico that included the brand's exclusive distributing rights.
Around ten years ago, Novak had posted an extensive timeline of the company's product releases - though its last updates were in 2009, removed from the site sometime around 2012 and never replaced. Luckily, I was able to dig up the web archives: 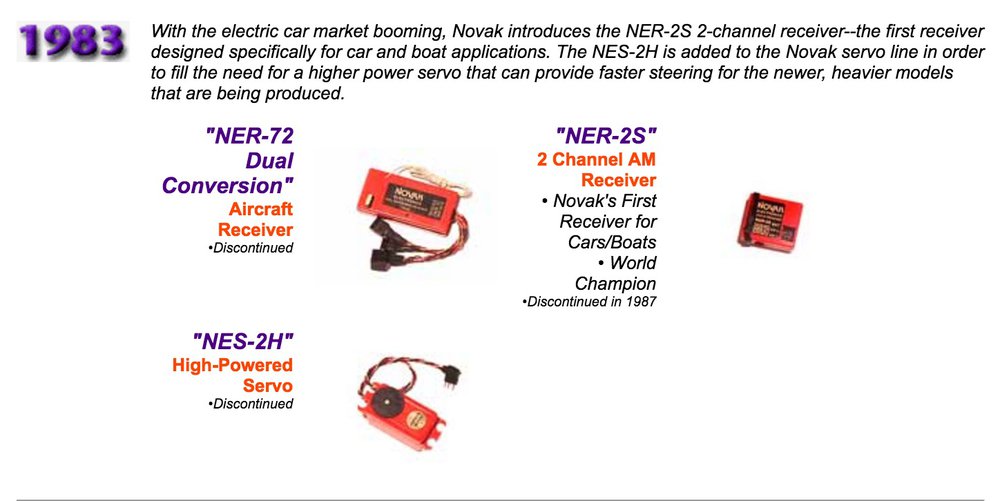 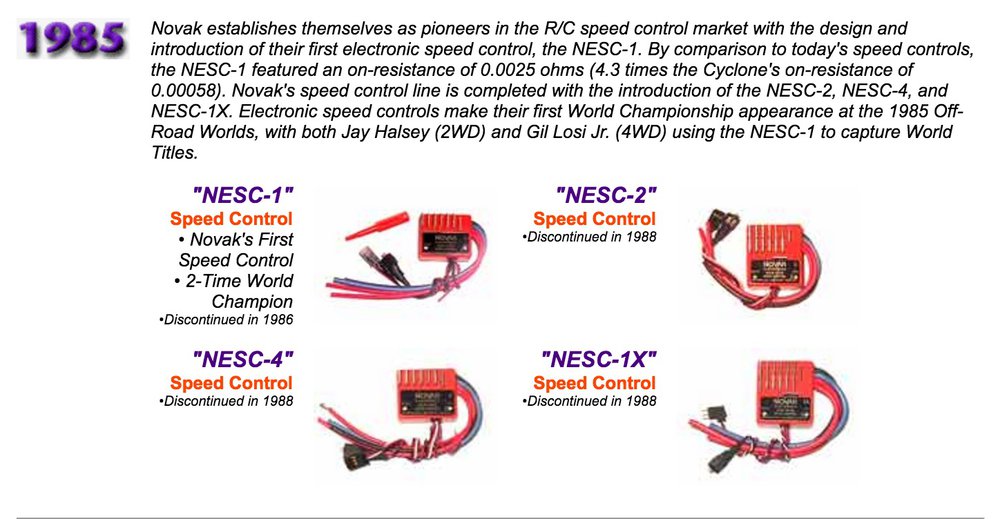 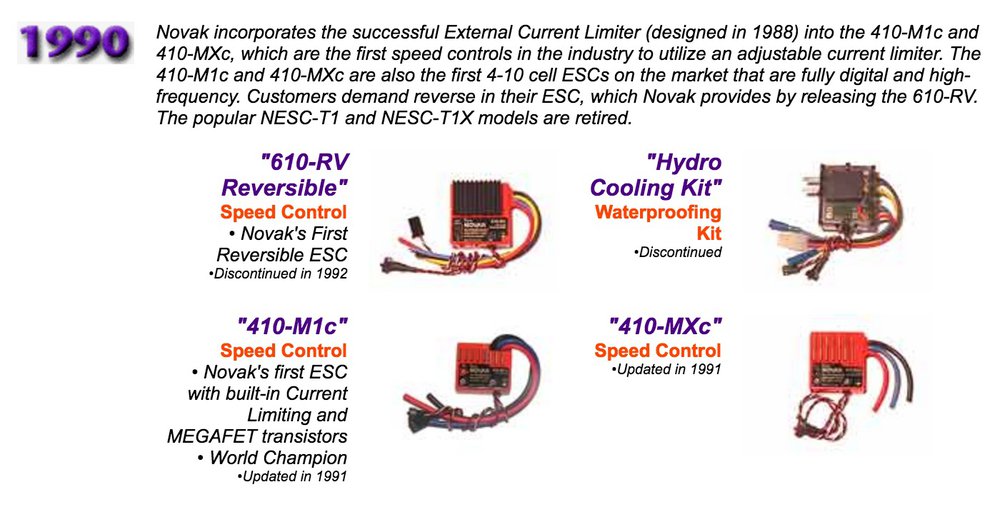 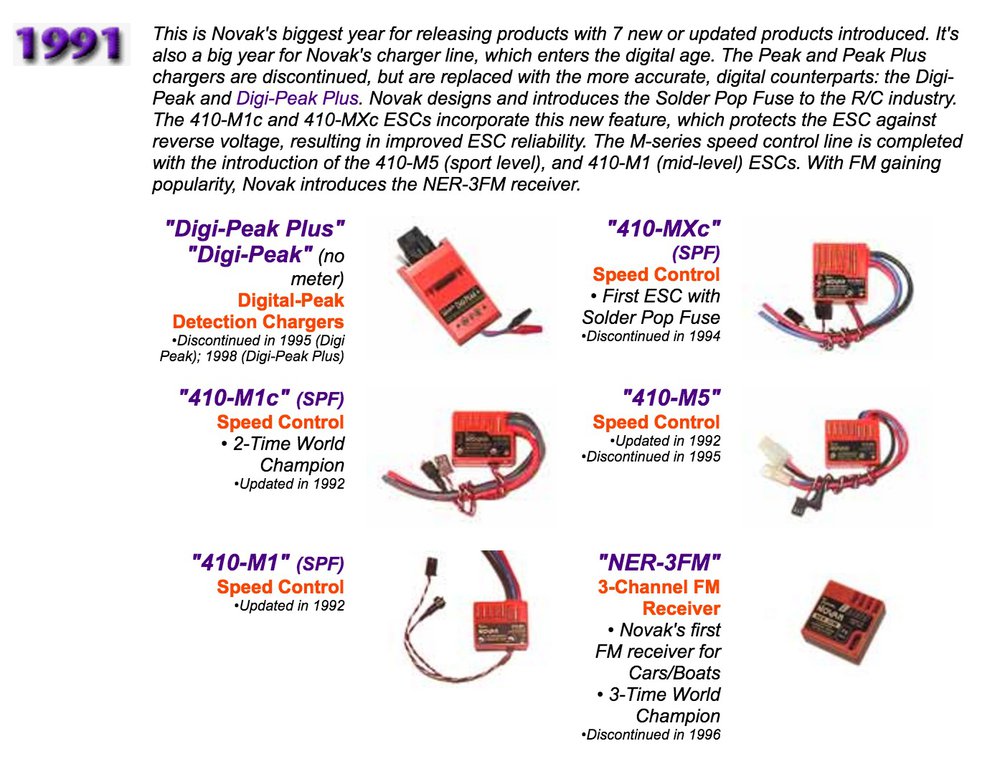 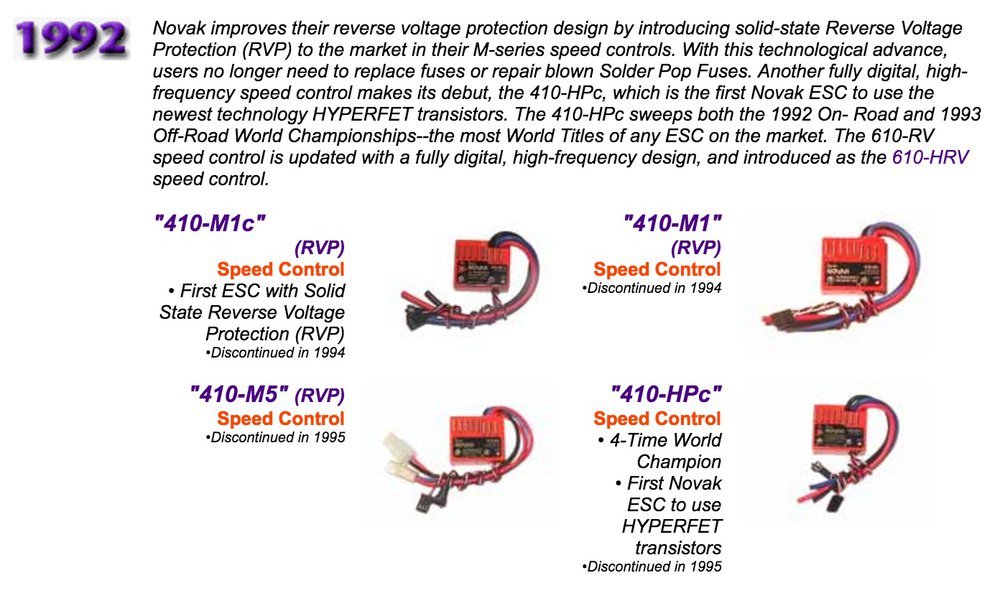 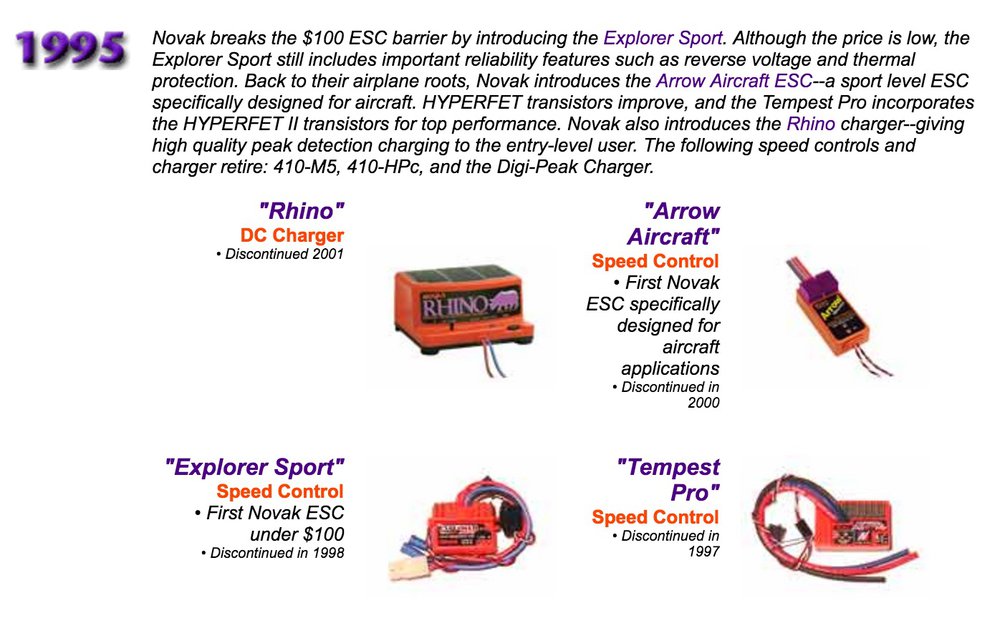 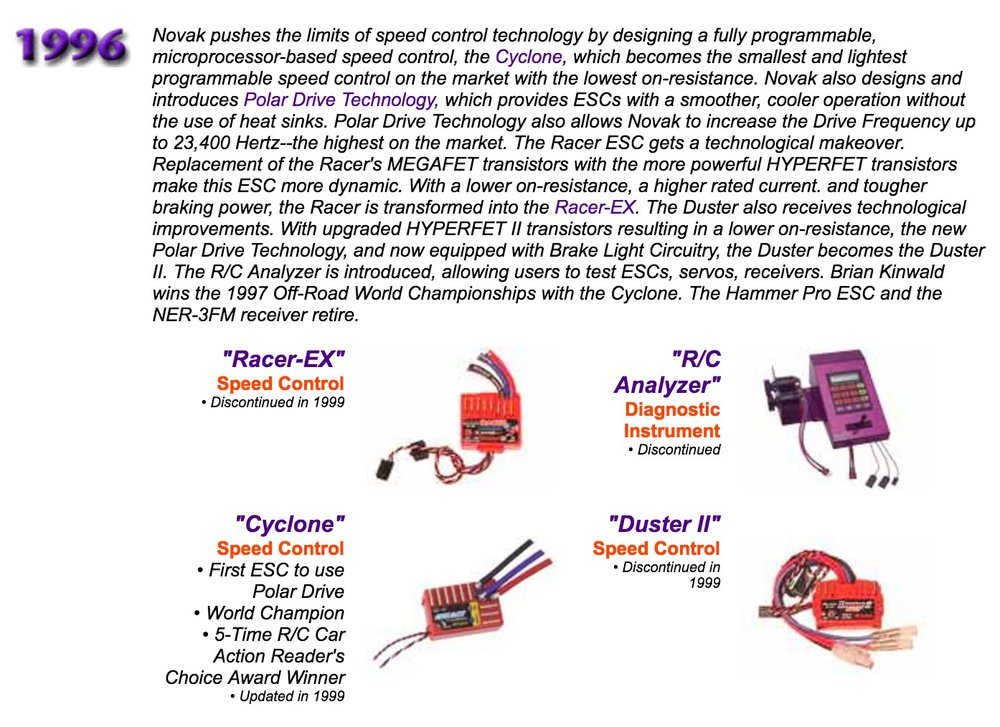 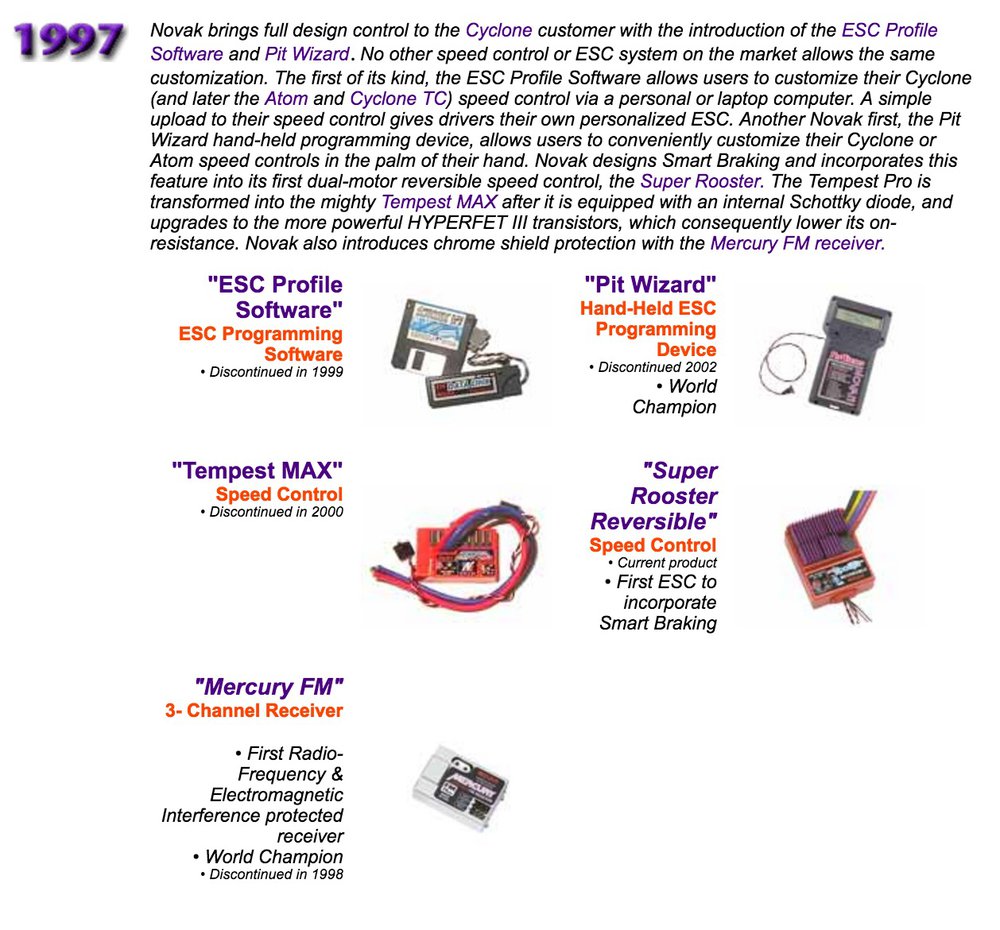 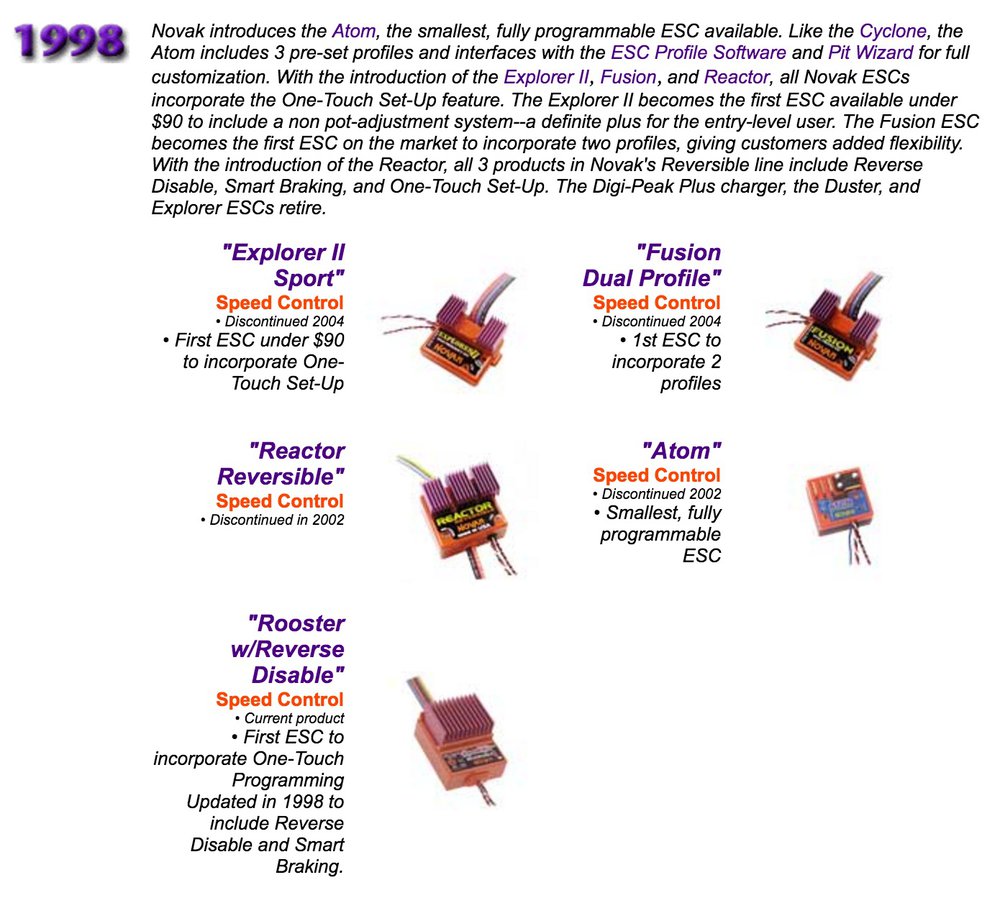 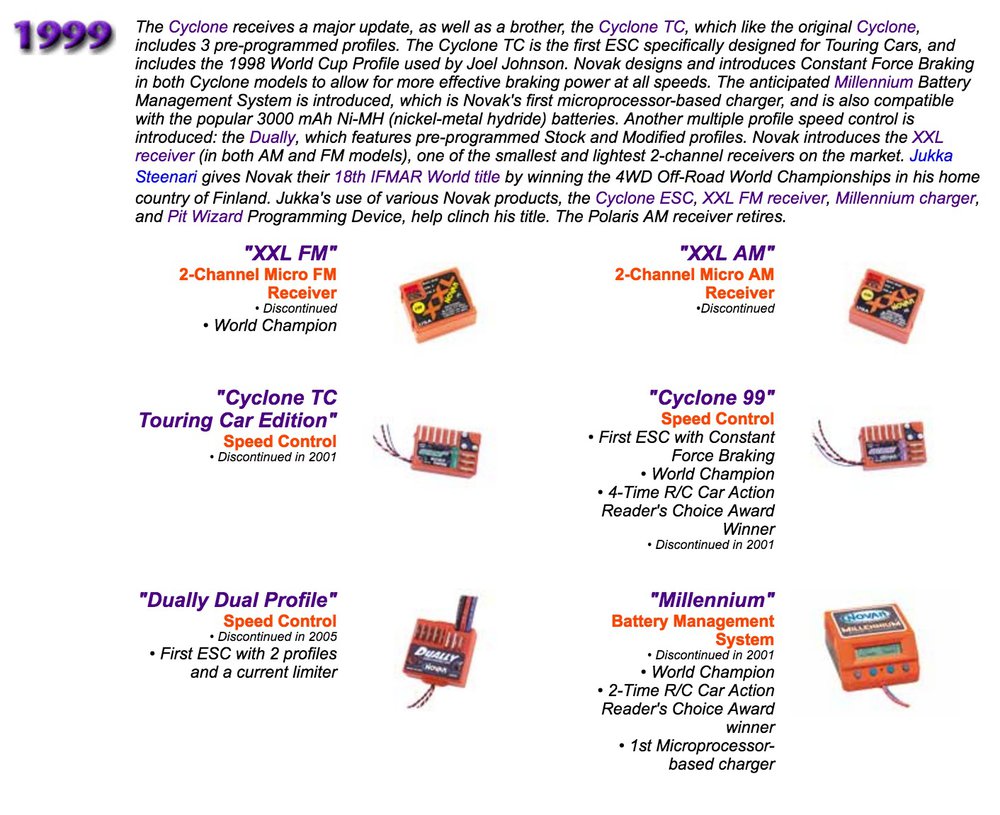 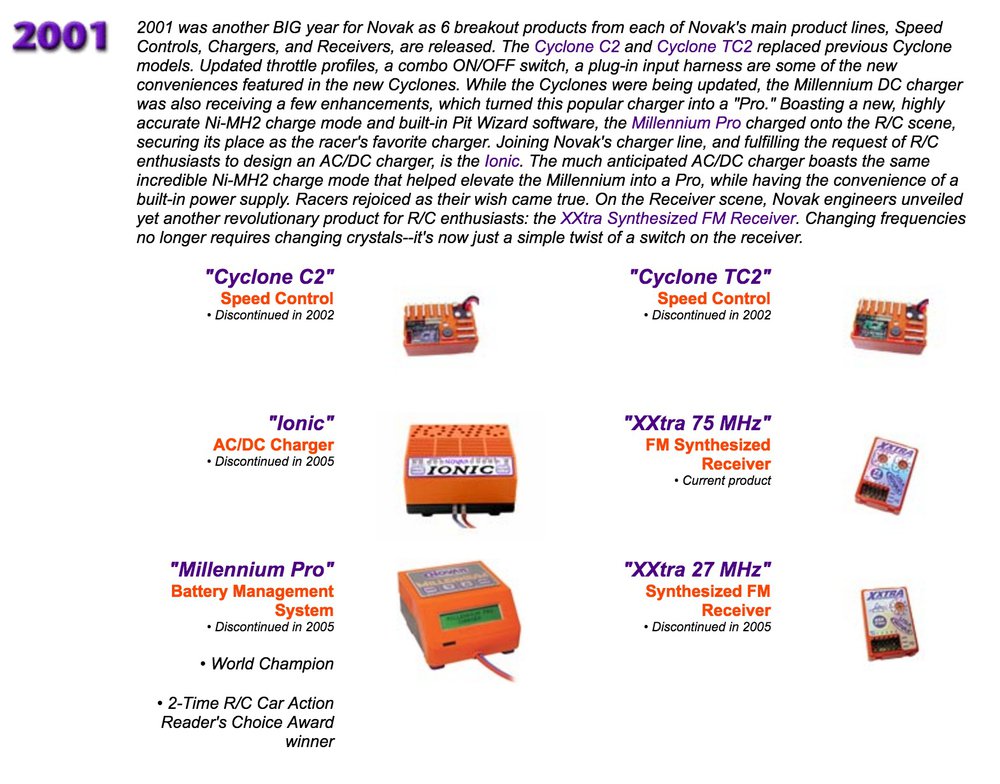 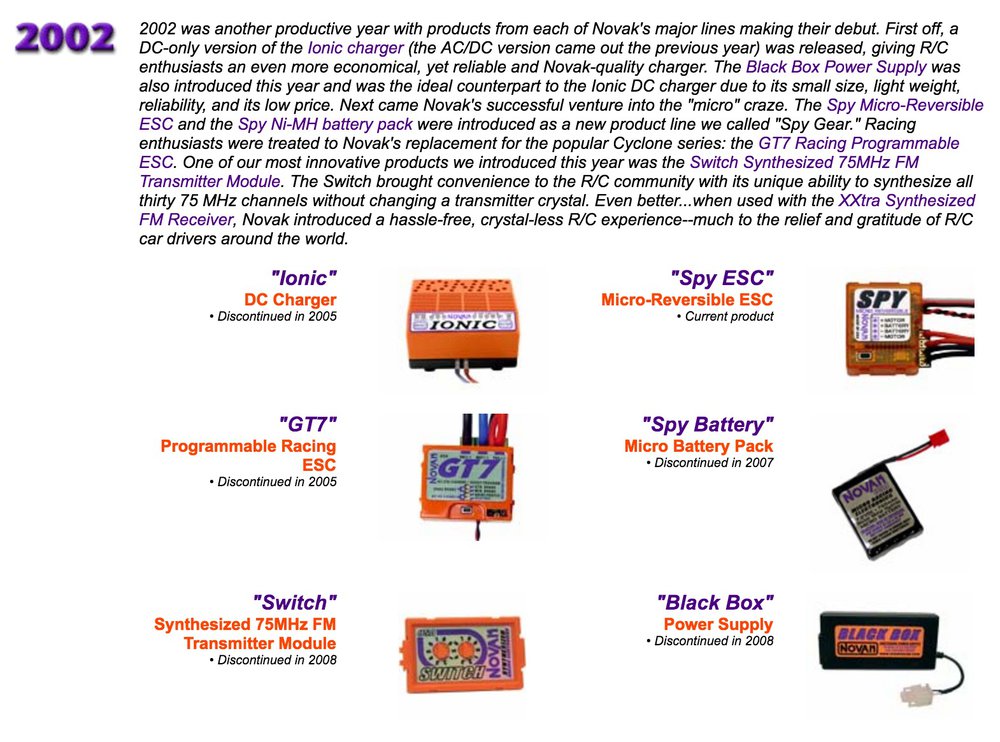 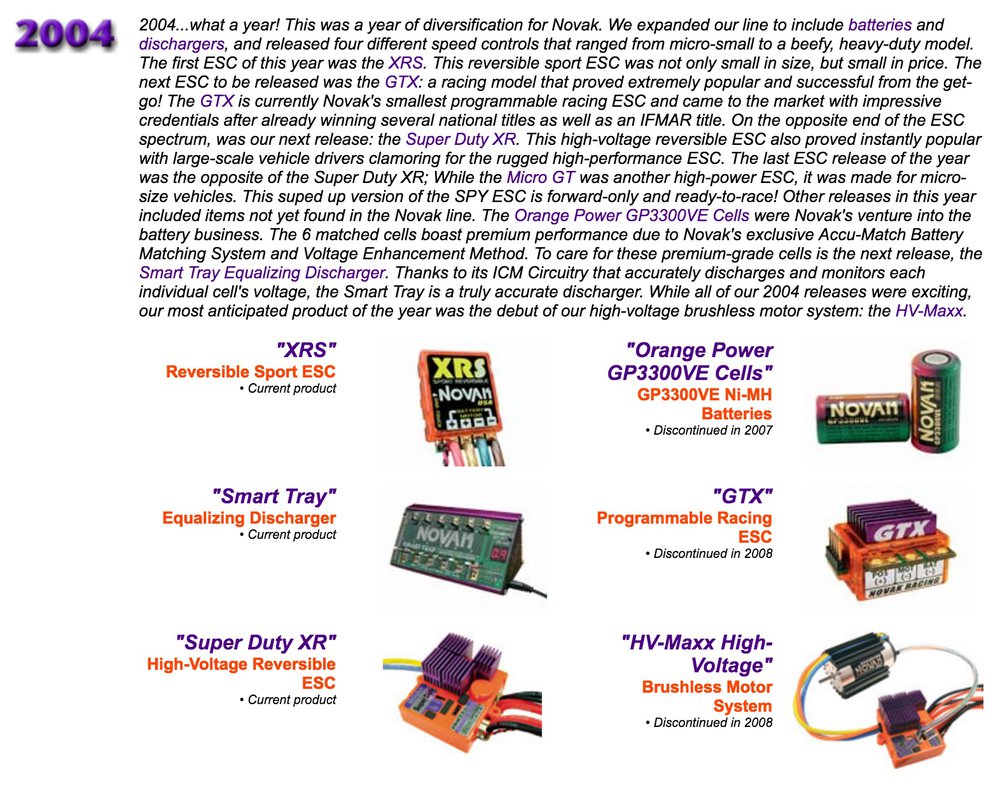 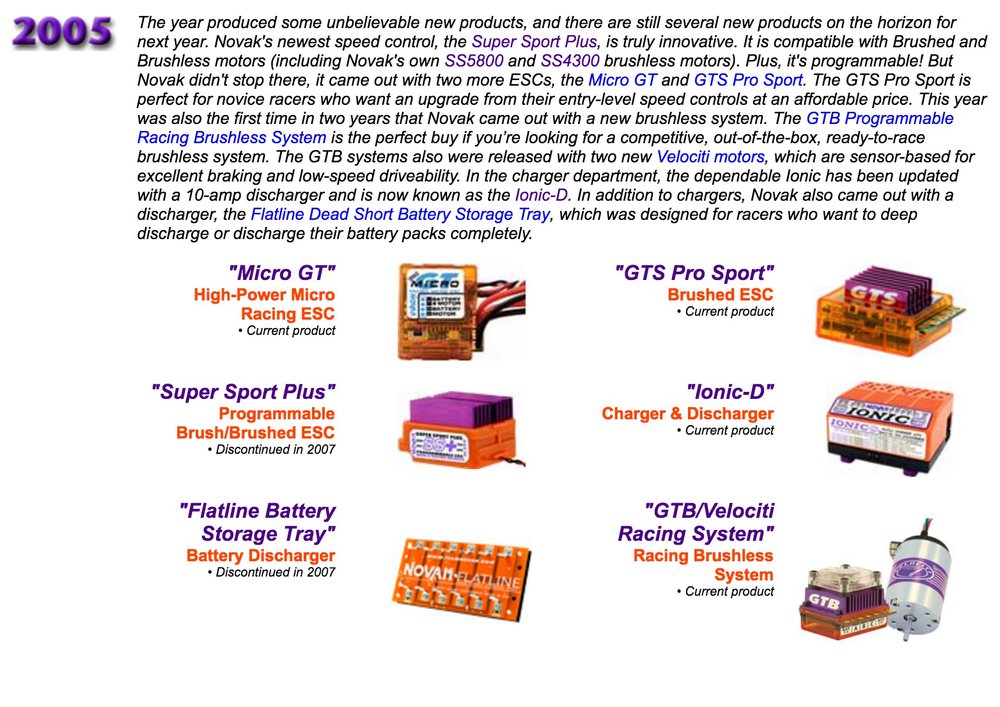 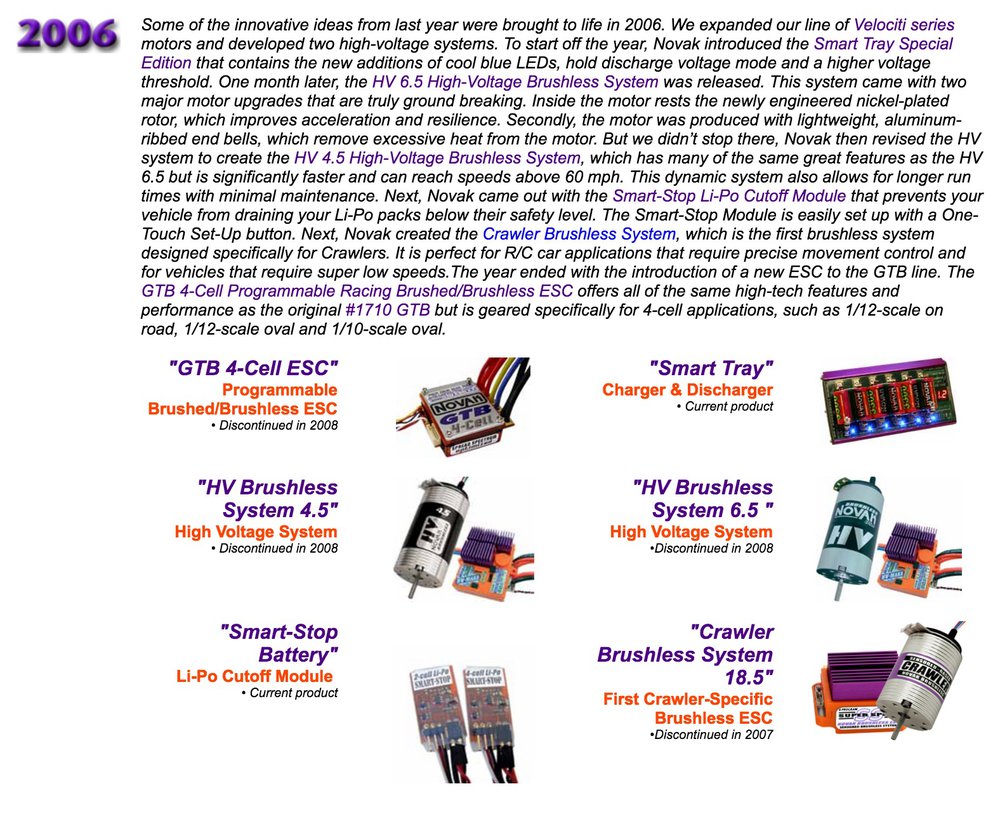 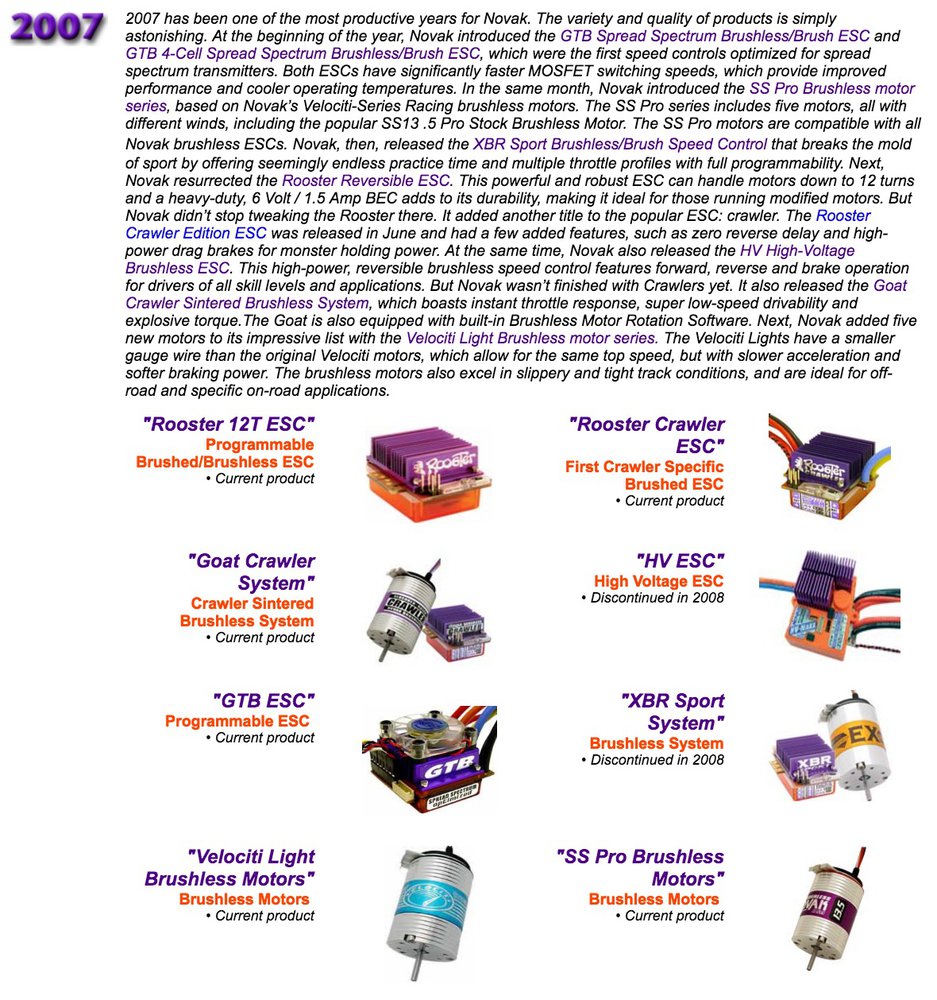 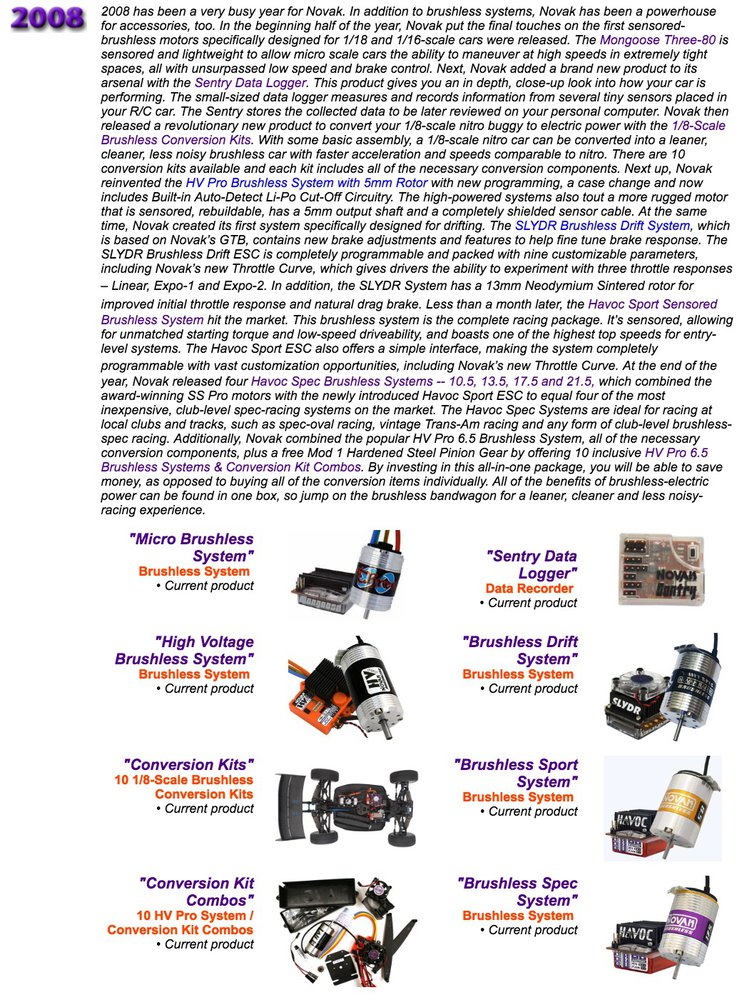 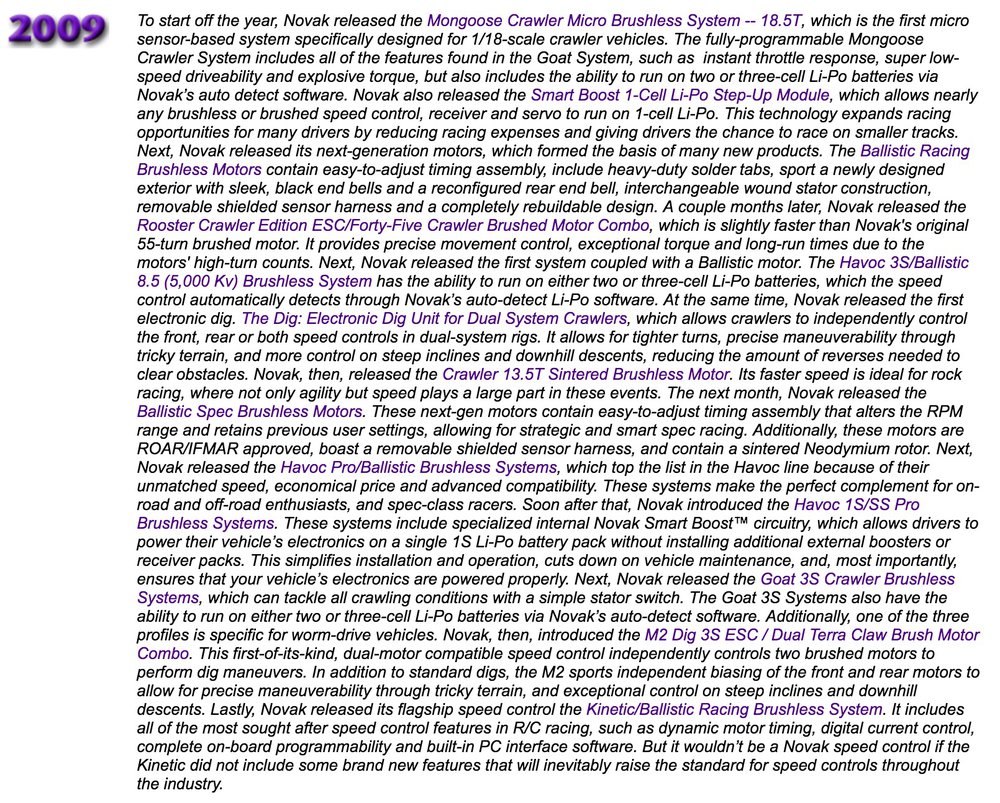 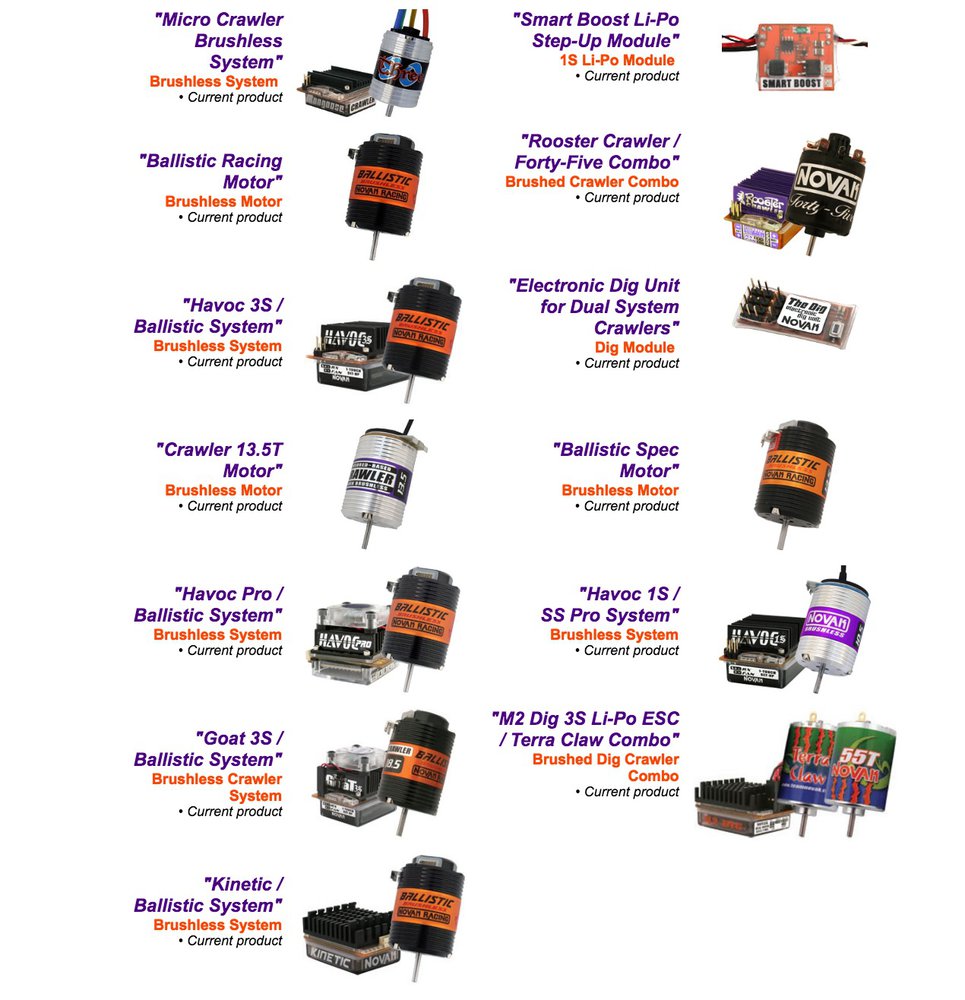