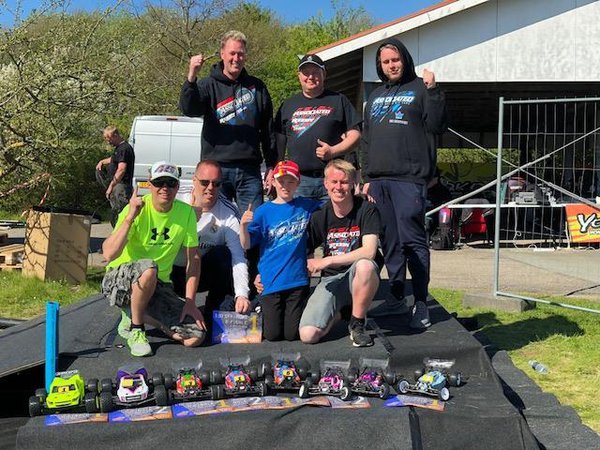 The first round of the Danish Nationals were held in Kolding, Denmark, on May 5-6. To promote RC, the club had an arrangement to build a temporary track in the middle of a Motorsports Festival, which typically attracted thousands of spectators. The Festival had racing bikes, drift cars, GT cars, motocross, monster trucks, and lots of car brands showing off their latest editions.

The temporary track had lots of grip, but was also bumpy, which took some time to set the cars and tires to. Team driver Alexander Larsen was on fire from practice to the mains. The Truck class was dominated by Kim Boelslund with his AE RC10T5M truck.

The major surprise in 2WD came from ten-year-old Marcus from RC Kongen. After some setup tweaks and fitting a softer 8.5t motor, he took TQ in the last two rounds of qualifying, avoiding crashing, and setting some of the fastest laps of the event. Jesper Rasmussen lined up second with teammate and Jonas Kaerup in third. All three drivers used the RC10B6.1 with Reedy power. The 2WD mains were all about being consistent. Jonas Kaerup came out of the smoke with a win and took the overall win in 2WD. Jesper Rasmussen finished third right on Marcus's heels.

In 4WD Jesper Rasmussen TQ'd two rounds and was overall fastest with his B64. Marcus Kaerup was fast and finished second in one round but had to settle for fifth for the mains. On a difficult track with many battles and difficult cars to drive, ten-year-old Marcus came from behind and won two mains and took his first 4WD championship round win! Both were racing RC10B64s with Reedy power. 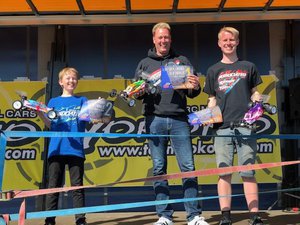 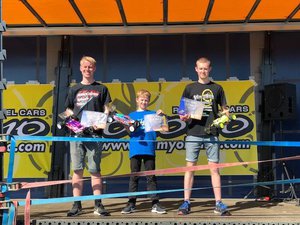 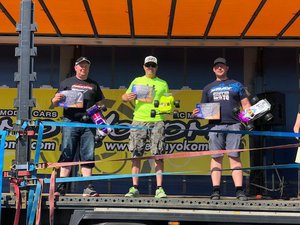 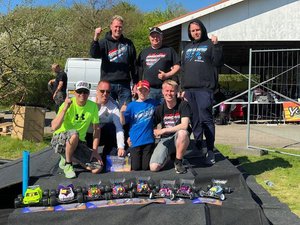