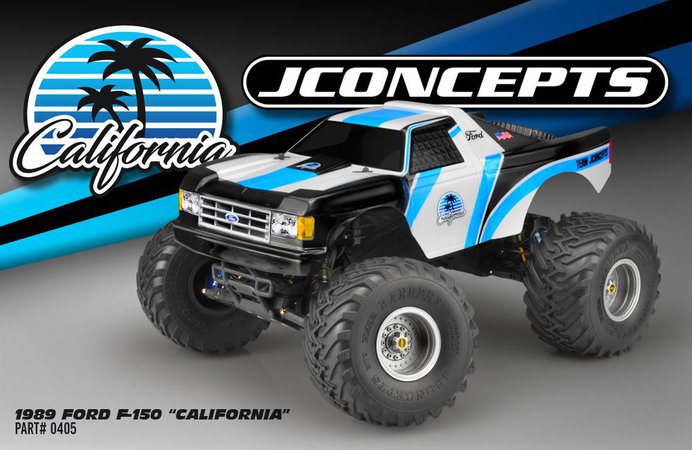 There’s a lot to look forward to in a new body shell release from JConcepts, however, the 1989 Ford F-150 California Baja truck is special. Made for the popular Traxxas Stampede line-up of vehicles, the “California” is Built Ford tough. During the good ole days of the 1980’s, it was not unusual to witness pre-runner trucks driving around “Cali” with modified body panels, puffed out fenders and upgraded suspension systems. However, when push came to shove, one of the toughest looks of all is the “bricknose” Ford of 1989. 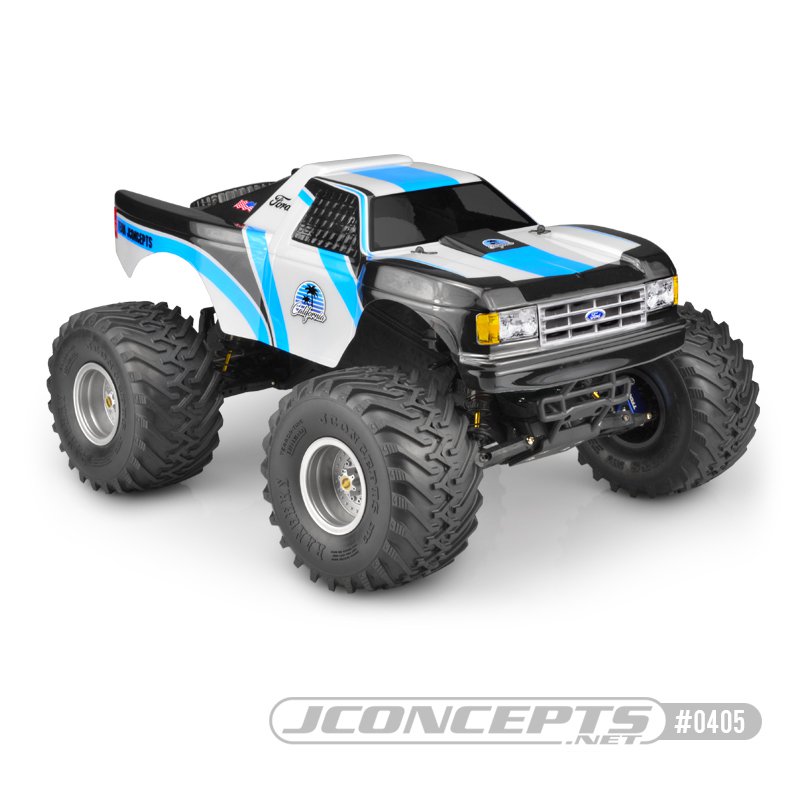 The JConcepts 1989 Ford body built and fit for the Traxxas Stampede offers first class styling and its exterior is accentuated with smooth raised fenders and stepped front bumper. The strongest point to the design resolves back to the husky front and rear fenders giving it that pre-runner look. The extra bulk in this department gives the truck a boastful look capable of clearing an assortment of tires. A racy cab with scribed in window net, built-in racerback and roll-bar bed hosts a location for the mock spare tire for those long days in the dunes. 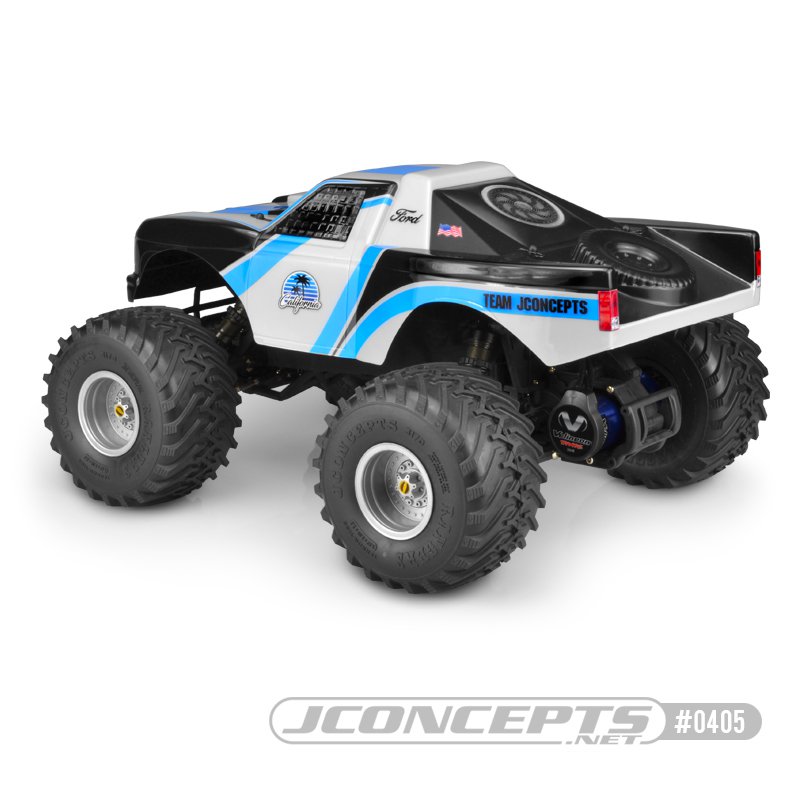 The body features Ford licensed grille and headlights, wrap-around parking lights, a minimalist grille and an accurate and clean-looking Ford | JConcepts decal sheet. When it’s time to flash back to the golden years of the 1980’s and 1990’s, dress up a pre-runner, JConcepts style. 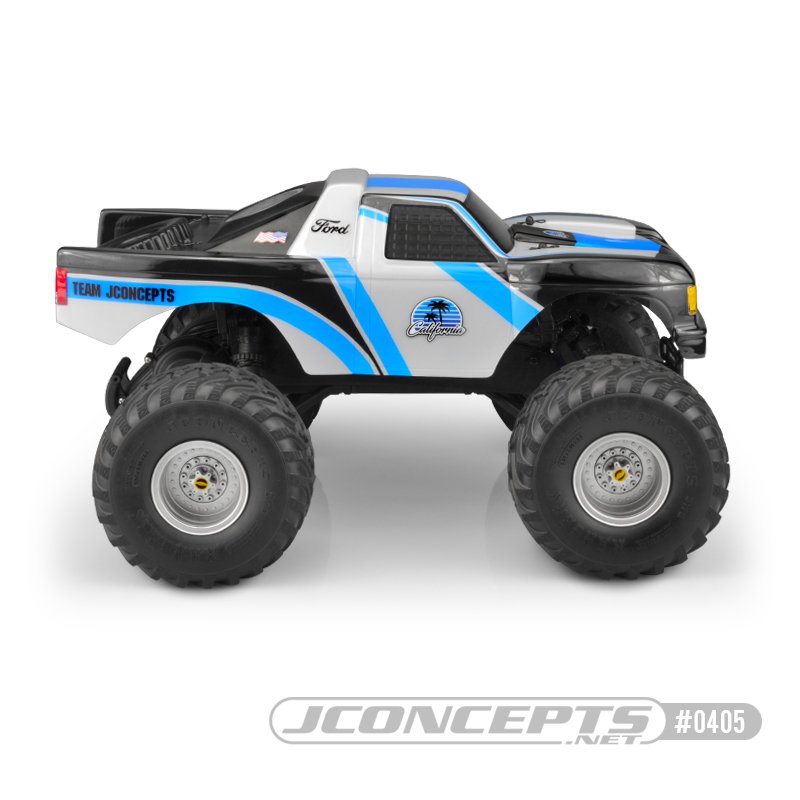 Model #36034-1 (Traxxas BIGFOOT® No. 1 The Original Monster Truck®)
For fitment on all other Stampede models, its necessary to use the Traxxas #3619 body mount kit.