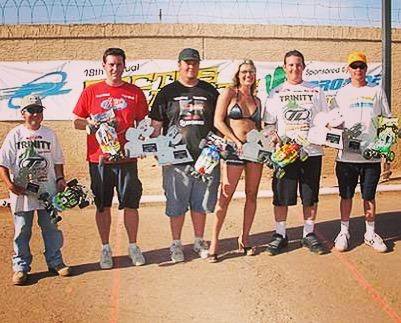 Update: With the news of Cavalieri parting ways with Yokomo becoming more widely accepted, new rumors of Pudge moving over to Team Losi Racing is the new rumor. Cav has further ignited the fire on this #ThrowbackThursday to his days with Team Losi in the past.

As Silly Season is fast approaching, the rumors and signs of changes have already began. Sources tell us that at this time Ryan Cavalieri and Yokomo have parted ways. To further solidfy the rumor, Cav made a public Facebook post recapping his racing at the JConcepts National Carpet & Turf Series last weekend, thanking all of his sponsors...except Yokomo. While a Yokomo sticker is still found on his buggies, it is located on top the side pods of the body, which is usually where secondary sponsors are found. In the traditional "main sponsor" logo location on each side is MuchMore instead.

There seems to be a lot changing for Yokomo after the company has sold from its original owner with multiple big name drivers parting ways recently. Could Ryan Cavalieri in fact be another? If so, will he be the last, or is there more to come? Where will he go?

Stay tuned for more details as they arrive!