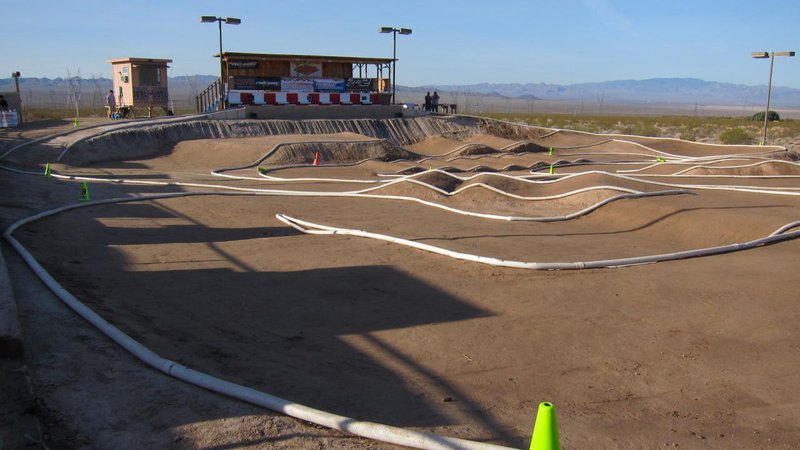 4/23/2012
By Mike Garrison
LiveRC.com
The 2012 Silver State Nitro Challenge proved once again to be one of the most exciting races of the year. Coming fresh of the Neo12 win, Team Kyosho's Jared Tebo, dominated all weekend long. Tebo would set the fastest times in practice and qualifying. While he secured the TQ spots in both classes, starting out front wouldn't guarantee Tebo the win.
Pro Truggy A-Main
Jared Tebo started out front, but would soon see pressure from Team Associated's Ryan Cavalieri. Cav and Tebo swapping back and forth for the lead. As it looked as though Cavalieri might be stretching out his lead on Tebo, he began making mistake after mistake. The dominating Jared Tebo charged hard to get by Cavalieri and bring home the overall win!
On another note, B-Main bump driver, Taylor Peterson (driving the Mugen MBX6T) would rocket his way from the back of the pack up to third! Peterson finished up only 4 seconds behind Cav, and nearly 11 seconds ahead of the reigning world champion Cody King.
PRO TRUGGY FINAL RESULTS

Pro Buggy A-Main
Pro Buggy would start off with Jared Tebo out front as well. An impressive 2nd place qualifying position for Dylan Rodriguez driving the factory Mugen MBX6 would start him just behind Tebo followed by Ryan Maifield. While Tebo looked to be the race winning favorite, but bad luck would strike in the pits on Lap 18. A flame out for Tebo dropped him back to 7th and the battle of the Ryan's would begin! Cav and Maifield swapped the lead back and forth, but the consistency of Cavalieri took him to the front as they crossed line!
Tebo would work his way back up to a 3rd place finish, followed by Tessman and Cody King.
PRO BUGGY FINAL RESULTS

Overall the 2012 Silver State Nitro Challenge was a HUGE success! Lots of great racing, great fun, and a great track! A big thanks goes out to all that were involved, and we are looking forward to next year!
Photos coming soon! For full race results CLICK HERE!
Photo shown courtesy of JConcepts
Share:
blog comments powered by Disqus