For this week's Flashback Friday we head back in time to the The Dirt Nitro Challenge 2012 as Ty Tessmann drives his way to a perfect weekend by winning both Pro Nitro Truck and Pro Nitro Buggy classes. Watch the exciting Pro Nitro Buggy A-Main, announced by the legendary Kenny Brosh, as Tessmanns lead every single lap to claim a dominating victory!

We saw young Canadian driver Ty Tessmann recapture the truggy championship crown he once held, doing so in dominating fashion. Ryan Maifield was poised to challenge Tessmann's easy victory early on, but a trip over a pipe and into a bail of hay ended his campaign early. Tessmann cruised away from the pack with ease and never looked back. 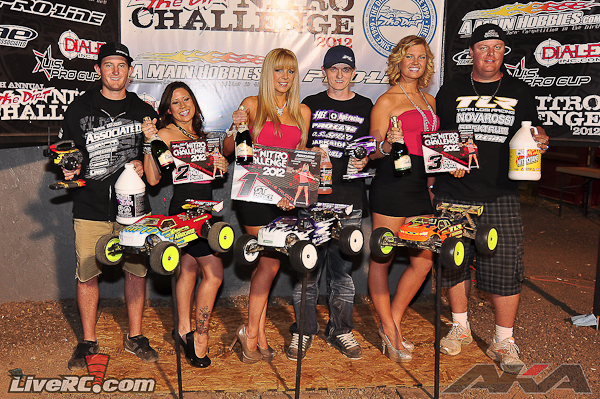 After thoroughly dominating the pro truggy class last night, the young Canadian led every single lap of the pro buggy A-Main tonight to cap one of the best weekends of nitro racing we've seen anyone have. From here forward, Ty can be considered a favorite to win any nitro off-road race he enters. That is a claim that maybe two or three other people on Earth can make. 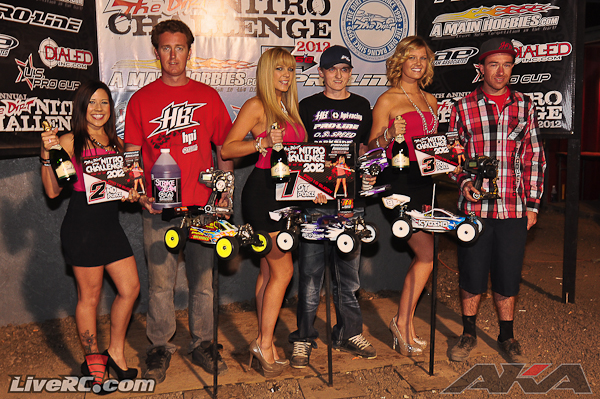 CLICK HERE to continue reminiscing by browsing through the 2012 DNC Photo Gallery.