12/6/2013
By Mike Garrison
LiveRC.com
Everybody knows that Friday is meant for reminiscing old times. Each week we take you back in time as we flashback to some of R/C racing's greatest moments, products, drivers, and more!
Flashback: 2004
JConcepts releases the BJ4 1:10 4wd buggy
In 2003, the IFMAR 1:10 Offroad World Championships were hosted here in America, in sunny Clearwater, Florida. The world's best drivers would gather to do battle with weapons of mass production, but two men wanted to build a secret weapon of their own that was like nothing else on the race track. Those two men were JConcepts very own Jason Ruona and his good friend Brad Reelfs. Together the two assembled a vehicle that would change the face of 4wd buggy, and become known as the BJ4.
The first edition BJ4 would compete in the 2003 IFMAR World Championships, and later go on to be released in the summer of 2004. 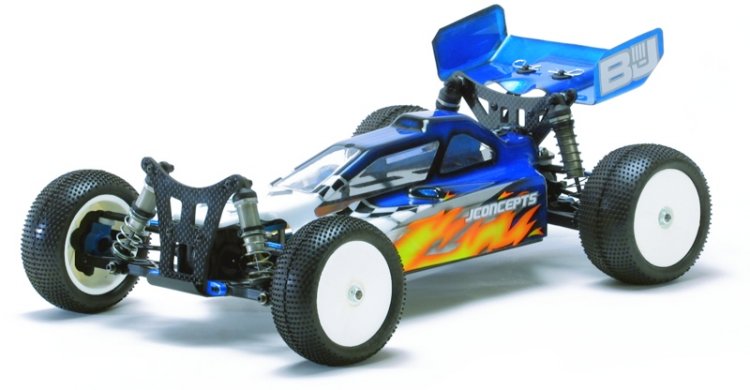 Jason Ruona has joined us for a brief interview regarding the BJ4, and all that went into it.
LiveRC: Jason, can you tell us where an idea like the BJ4 comes from?
Jason: Brad Reelfs was the initial motivation for the project as he wanted to build his own car for the 2003 IFMAR Worlds. Brad mentioned it to me just several weeks before the worlds about the idea and I agreed that I also needed to have a 4wd buggy for this event. Brad had been thinking about the concept for quite some time and knew the direction he wanted to go. I was basically the motivation behind getting it finished and building the design out in the computer to rush out a few sample parts and prototypes. 16 straight hours on the computer had us with a partial assembly and a great idea of how many special parts we would need to complete the project. As I recall, it was an extremely last minute finish to the project with the only practice I had before the worlds was a couple of runs up and down the street in front of Brad’s house. I set the car up on the work bench and basically used that setup for the entire race. 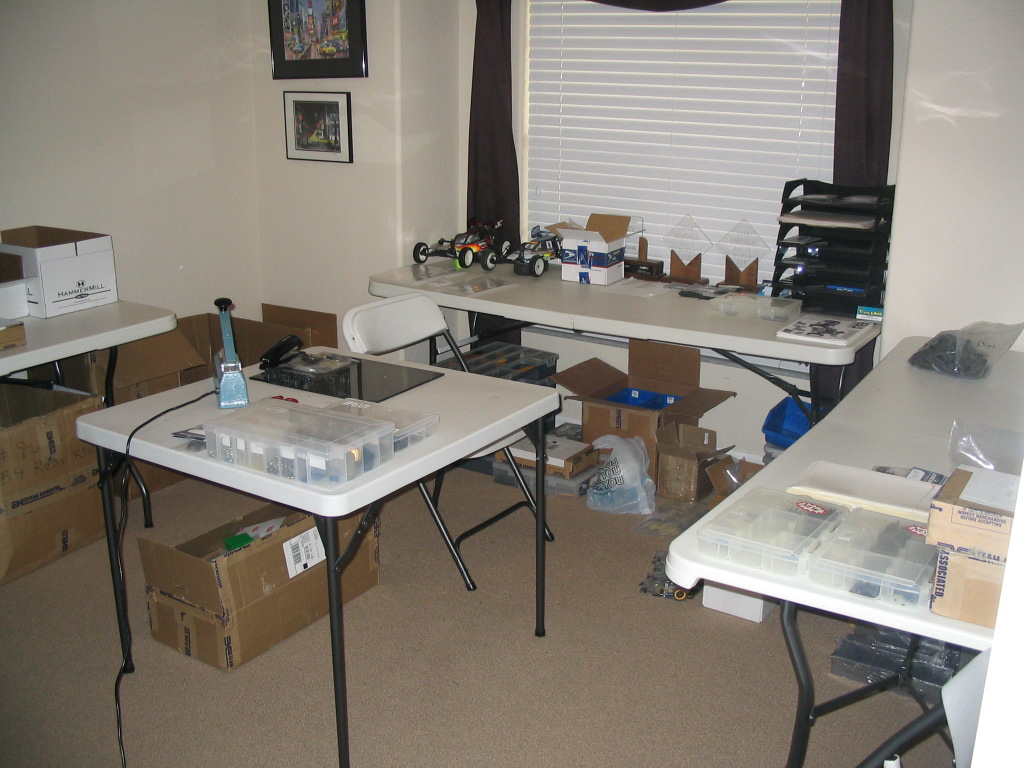 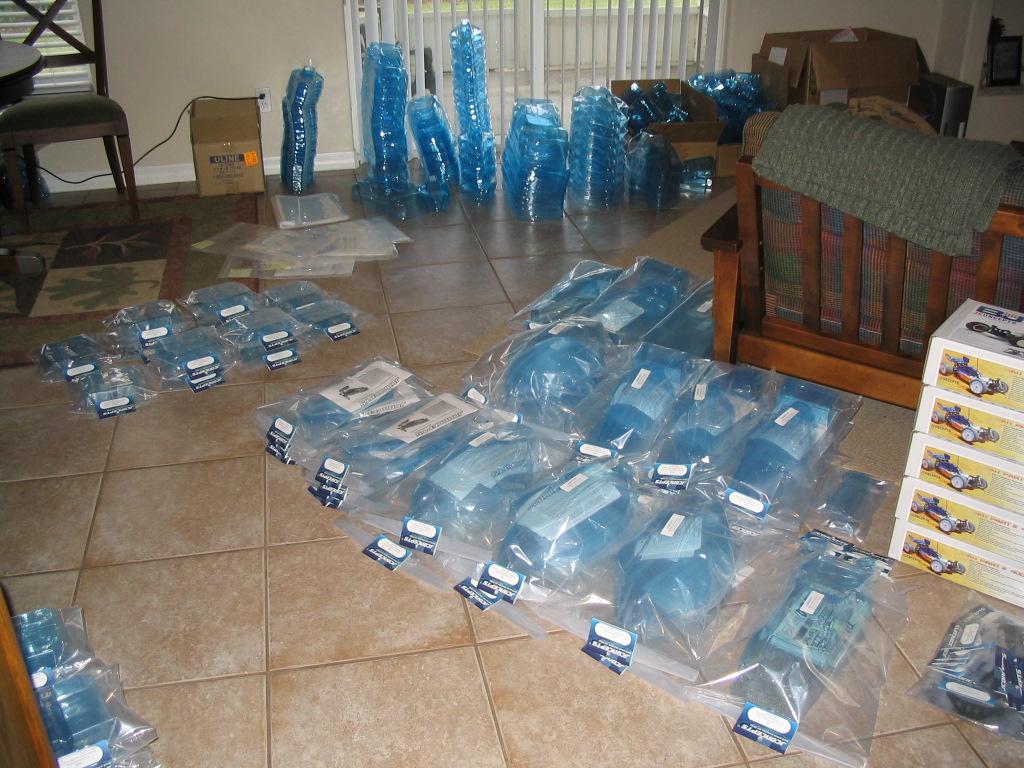 LiveRC: To brainstorm, build, and complete such a project, how many people were involved?

Jason: The project consisted of myself and Brad Reelfs. Although between painting the prototype bodies, running around locally to pick up odds and ends and then finally favors from friends to finish all the machine work it was definitely a small group effort. 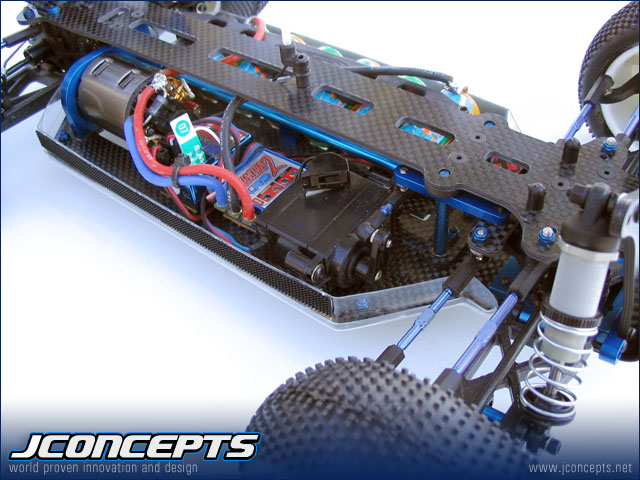 LiveRC: The vehicle was quite a success right out of the gate as we recall, correct?
Jason: The vehicle was a success, first, at the 2003 Worlds where I was able to qualify at the top of the B-main. Ryan Maifield TQed and won the Cactus Classic with the prototype car ahead of Ryan Cavalieri who was still running for Team Losi at the time. Then when the car was released, Rod Rippee won the 2004 ROAR stock nationals with it almost immediately. From that point the vehicle was really on the map and our backorder list was quite full. 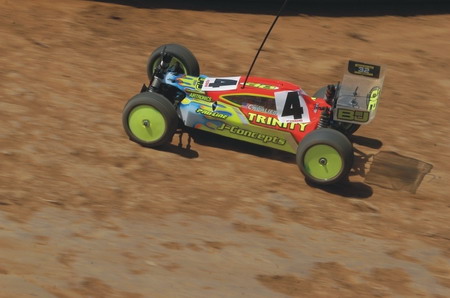 LiveRC: The BJ4 eventually evolved into the B44 that so many racers know an love today. How did all of that transpire?

Jason: Team Associated signed Ryan Cavalieri at that time and already had Ryan Maifield and Jared Tebo. The BJ4 was doing so well and reinvigorated the class that I think AE felt it was time for them to finally have their own 4wd buggy. We made an agreement with AE for them to purchase the design of the BJ4 and as part of that deal completely redesign the car into a production friendly version. In the initial discussion the successor to the BJ4, the BJ4 Worlds Edition (saddle pack car) had not hit the track yet, but we based the AE B44 off the Worlds Edition version which had just won the 2005 IFMAR Worlds. I put in most of the “seat” time designing the B44 while the guys at AE and Brad Reelfs provided their individual input along the way. 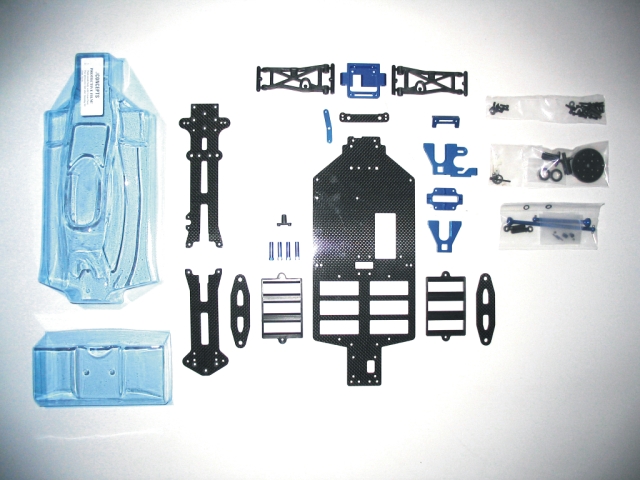 (BJ4 Worlds Edition Conversion Kit)
LiveRC: Has there been any consideration of developing another JConcepts car kit?

Jason: We get that question a lot but at this point it’s not something in the foreseeable future. The situation revolving around the original buggy was unique and would be hard to duplicate without going “all in” and becoming a kit manufacturer. We are comfortable trying to develop the best tires, wheels, bodies and accessories and that is where our focus is. 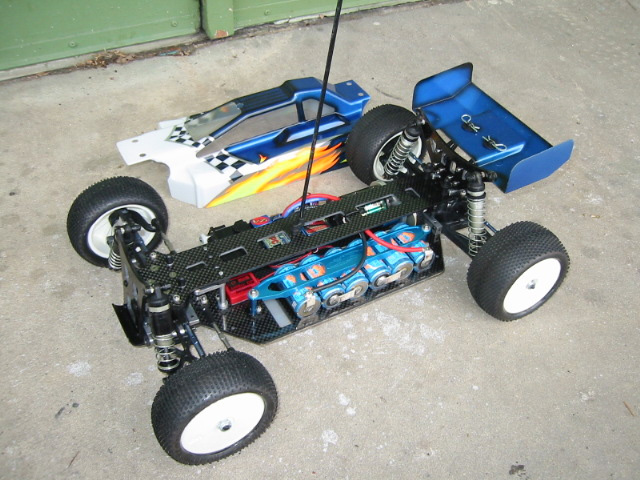 LiveRC: What would you say are your greatest memories of the BJ4 project as a whole?

Jason: I have great memories of the project. I think the Worlds Edition was my favorite part of that project because at that point I had driven the BJ4 a lot and we were able to fine tune the original buggy and use my driving to help promote, test and develop a better vehicle than the first. Watching Maifield TQ the worlds with that vehicle and then Cavalieri winning in a battle between the Ryan’s was amazing to watch in person. They were so fearless in those mains and very young at the time so it was a very proud moment. That vehicle platform is now a 4-time world champion and really is the most dominant vehicle the 4wd class has ever seen. There is a little bit of magic to that vehicle and I’m just glad to have been a part of it. 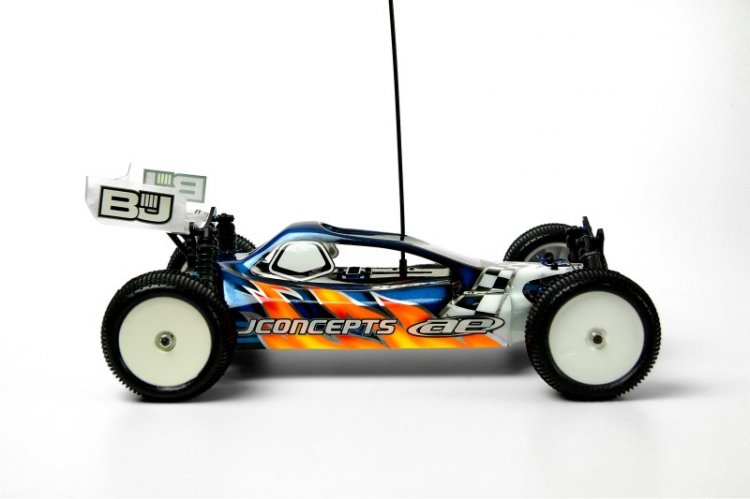 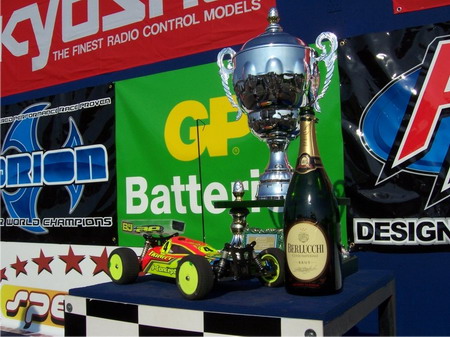 Without a doubt, the 2004 release of the JConcepts BJ4 changed the face of 4wd buggy racing for years to come. Who will be next in line to create such a revolutionary piece of art? 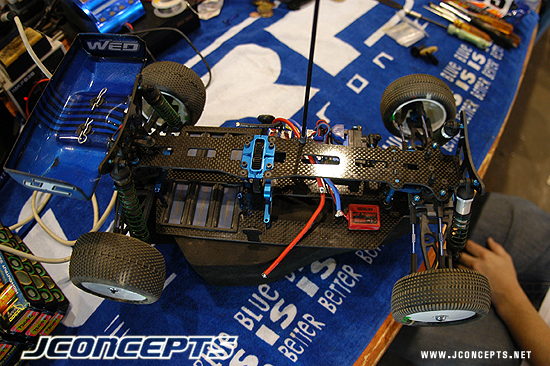 Join us next week for another edition of "Flashback Friday!"