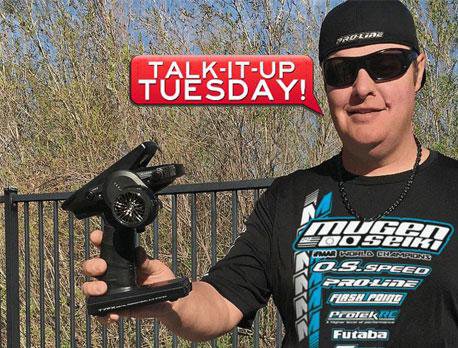 Welcome to LiveRC's weekly column, "Talk-It-Up Tuesday!" Here we spend a little time talking with industry icons including racers, manufacturers, team managers, developers, promoters, and everyone in between! Sit back, relax, and go behind the scenes as we interview them all!
“The Drake” is a former winner of the 1/10-Scale Gas Truck class at The Dirt Nitro Challenge, and last year scored a brilliant top-five in the mega-competitive Pro Buggy final as new teammate Ryan Maifield stole the show. When Drake returns to the Arizona desert this week for the 19th annual DNC, he’ll be using a new radio — the Futaba 7PX — and the latest engine to wear his name and engine-tuning expertise, the O.S. Speed B21 Adam Drake Edition mill. I reached out to Adam via email to ask what he thinks of the changes to his program for 2018, and how he feels ahead of the first major race of the year, for this week’s Talk It Up Tuesday.

Aaron Waldron: You've used a few different radios and servos in the past – what made you decide to switch to Futaba radio for 2018?
Adam Drake: I tested and used the Futaba radio a few years ago and loved it, but at the time I was using another brand of servos and they were also releasing a radio. Making the switch to the Futaba radio has been in the back of my mind for about three years. Mugen Team manager Tim Long has even mentioned to me on a number of occasions, "you were faster with the Futaba radio". Haha. Futaba has been a leader in the radio market long before I can remember and I'm super happy to officially be running and representing the brand at the races. The Futaba 7PX is simply amazing. From the super fast response, LCD touch screen, updateable software, and customizable ergonomics this is the radio system to take your racing to the next level. 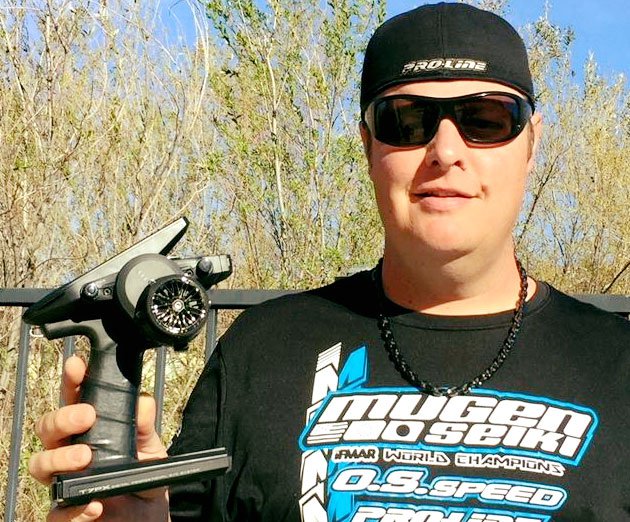 Photo: Futaba
AW: How much track time do you have with the 7PX radio? What are some of your favorite features?
AD: I’ve been testing with the Futaba 7PX for about 3-4 weeks. It's been great, the radio is super easy to set-up, bind and navigate with the LCD touch screen. The response and precision is what I enjoy the most with the 7PX, I feel more connected and able to hold a tighter line on the track. The LCD touch screen is also really nice to use. 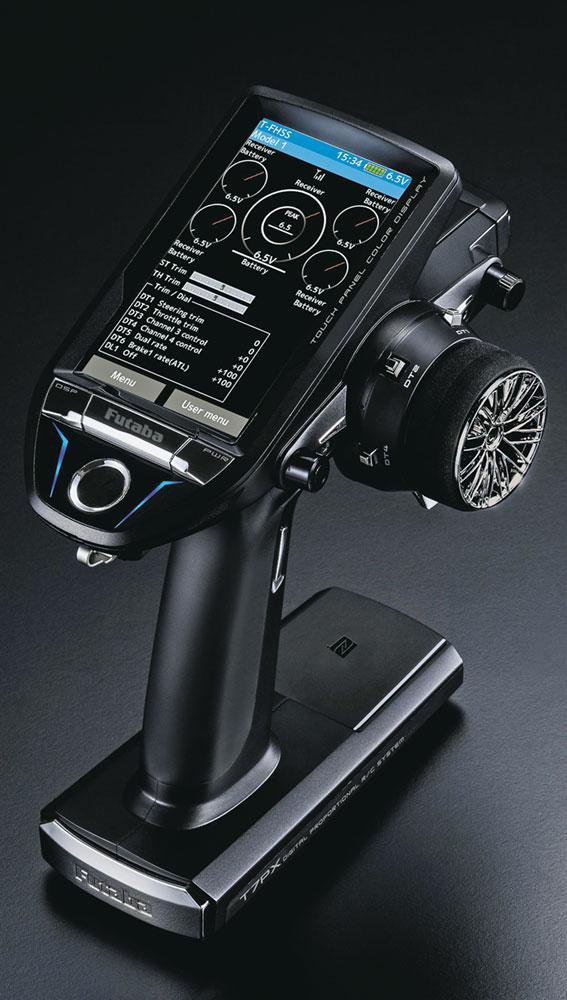 Photo: Futaba
AW: Have you tried different Futaba servos to see which you liked best? Or did you go with what racers have traditionally chosen?
AD: I’ll be using Protek servos for all my vehicles. We'll have more details and an official announcement [today]. 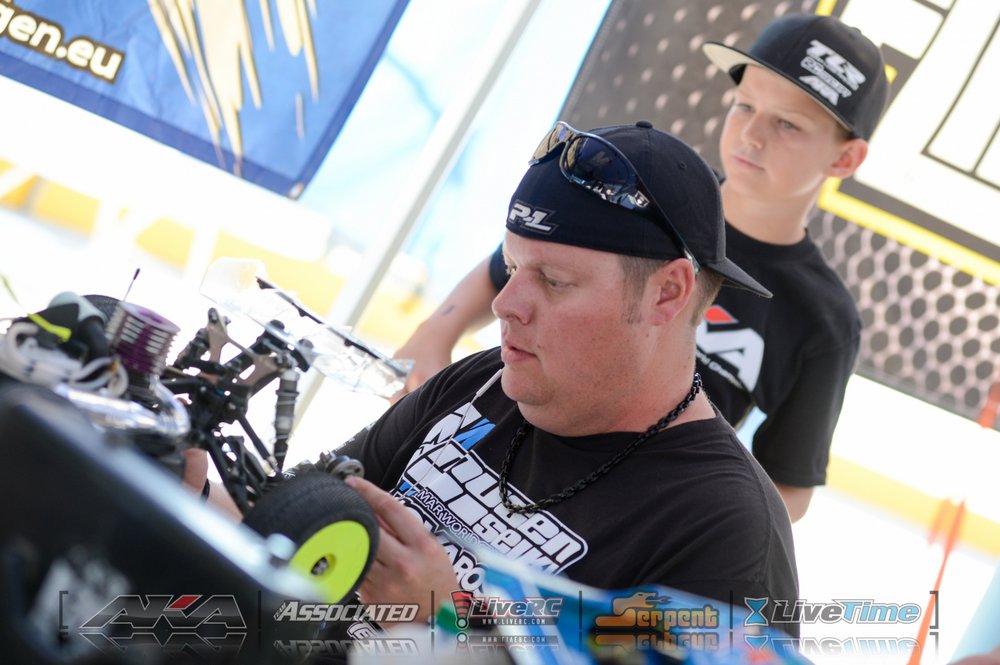 AW: Let's talk a little bit about your new O.S. Speed B21 Adam Drake Edition engine. What are the biggest technical differences over the standard B2101 and Ty Tessmann Edition engines, and how do they translate on the racetrack?
AD: The OS Speed B21 Adam Dake engine is quite a bit different then the B2101 and Spe 2 Tessmann engines. Working with the engineers at O.S. to develop the New B21 Adam Drake engine was amazing. Our goal was to provide customers with a configuration that is exclusive to the O.S. and provides the power, runtime, and drivability to be used in both buggy and truggy. The B21AD uses the proven easy to tune 21J carburetor, O.S. P3 Gold glow plug, ceramic rear ball bearing and lightweight cooling head. The DLC coated crankshaft features two tungsten counterweights for smooth power delivery. The B21AD uses a new semi-long stroke configuration to increase power. Also the traditional 3 port configuration has been slightly changed. If you're looking for the ultimate off-road engine that preforms in both buggy and truggy, the O.S. Speed B21 Adam Drake is the engine for you! 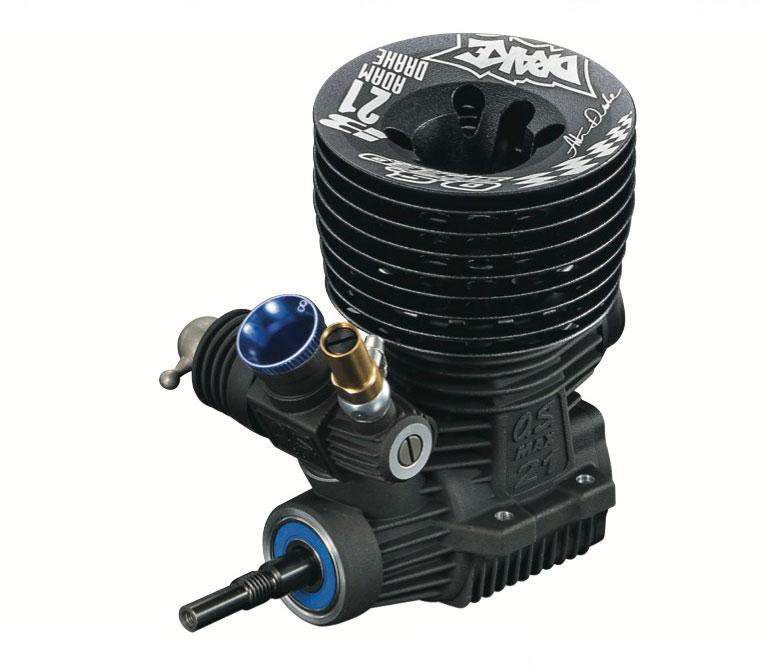 Photo: Hobbico
AW: Do you think there is a certain type of racer that will benefit most from your Adam Drake Edition engine over the standard B2101?
AD: The B21AD produces more power then the B2101, but it's still very smooth and you can control the amount of power you desire by the two included carb reducers. 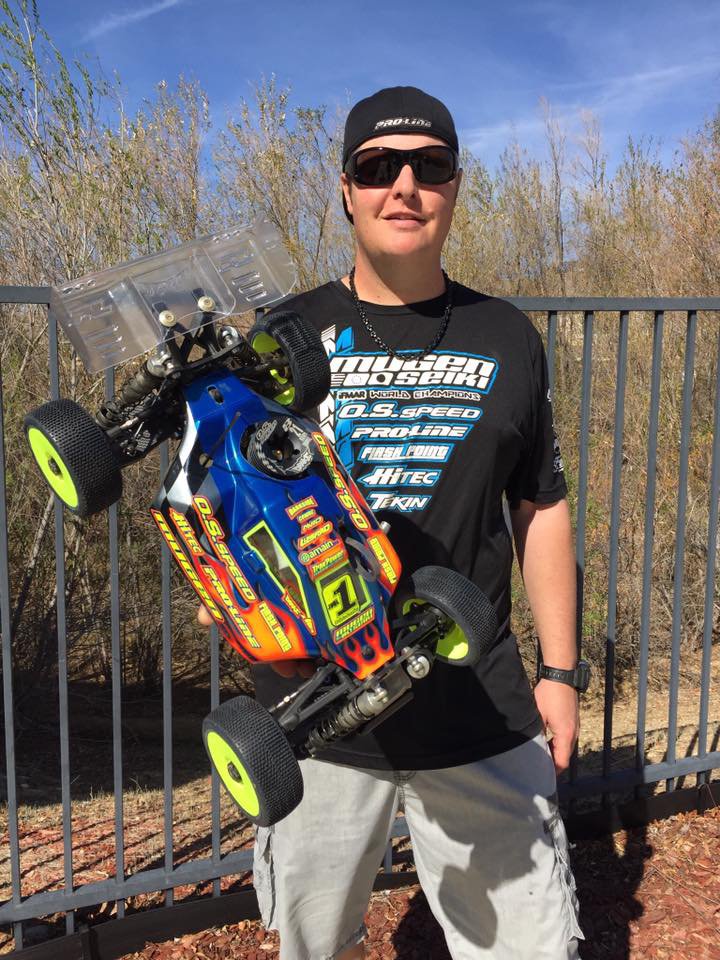 Photo: Adam Drake, via Facebook
AW: You had a great run at last year's Dirt Nitro Challenge, where you finished fourth in the Pro Buggy main event from eleventh on the grid. How do you like your chances for next weekend's race?
AD: Yes, DNC was pretty good last year. I really looking forward to the 2018 DNC. My equipment and driving has been very good. It's always a crazy event and super long days, but it's an awesome event. 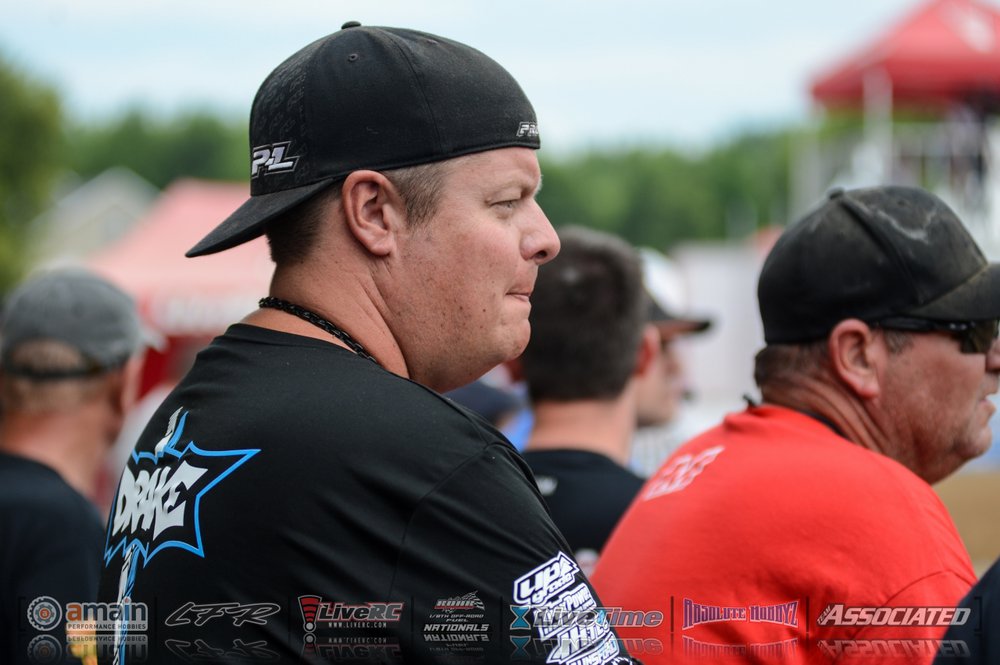