TALK IT UP TUESDAY: Jeremy Moser 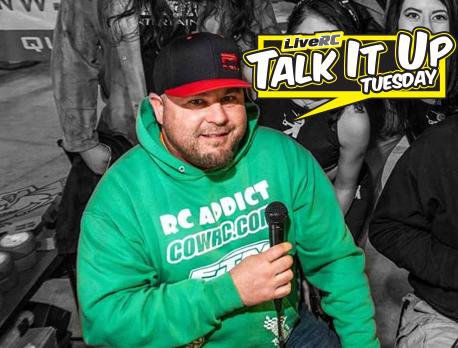 Social media can be a great tool when used properly, and lead to tremendous opportunities to people who have amazing talent, that without it may otherwise go unknown. One individual in the R/C industry who was already well-known by many, quickly became well-known by many, MANY more after a video of him singing the National Anthem at this year's Psycho Nitro Blast was shared on Facebook - Jeremy Moser. Moser is a team manager for CowRC, SOAR Seiki, podcast host, and has now completed his second major performance at an R/C race this past weekend by singing the National Anthem at the Silver State race in Las Vegas. We've caught up with Moser for this week's Talk-It-Up Tuesday! 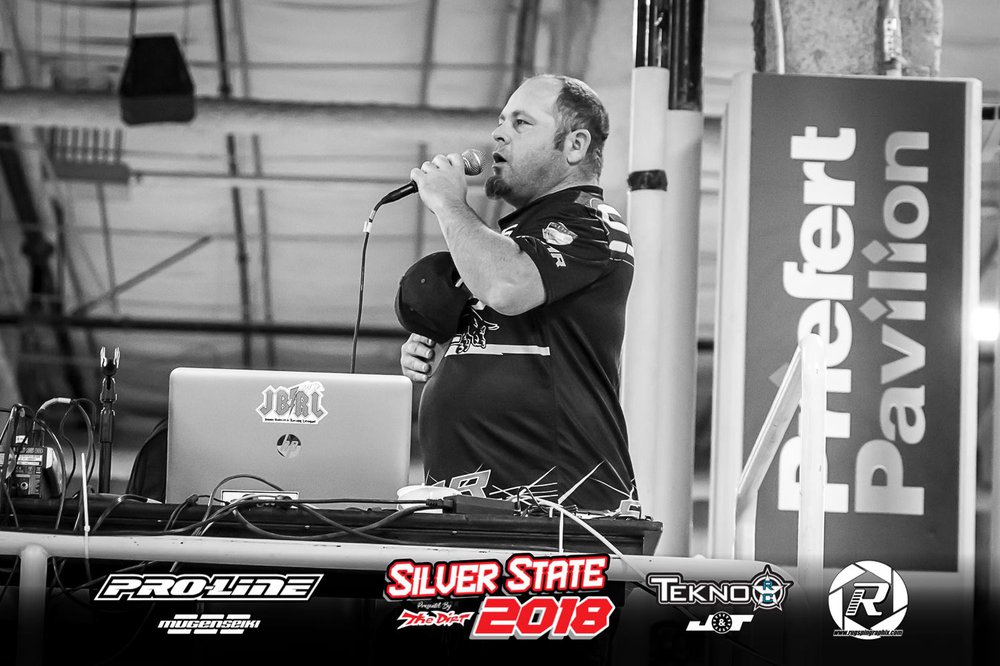 LRC: Jeremy, it’s great to finally sit down and chat with you! For those who don’t know Jeremy Moser, you have played and still play a wide variety of roles in R/C. What are your current jobs and roles in R/C racing? (team manager positions, podcasts, etc.)

MOSER:  Well Mike, first let me say thank you for the opportunity to chat with you. Very cool!  As for my roles in the RC Industry, currently I am the Head of Sales and Head Team Manager for CowRC.  I am also the USA Assistant National Manager for Soar Seiki USA/Speedbull USA.  Lastly, I am the host of a little Facebook Vlogcast, called the Moo Minute.

LRC: Outside of the R/C world, what is your full-time profession?

MOSER:  I am the owner of Moser Family Logistic Services Inc. which is a trucking company.  Basically I am an owner/operator/truck driver.

LRC: Clearly you have a lot on your plate, but the one thing I am most interested in talking to you about is singing the National Anthem. I had no idea that Jeremy Moser – team manager of CowRC, SOAR Racing, and host of The Moo Minute Podcast could sing…let alone sing like a champ! When did you first share your talent for singing, and how did it all begin?

MOSER:  Actually, I have been singing since I was about 3 years old.  First time I sang in public was at church.  Since that time I have sang at several different local events, races, on the theatre stage, and in a few little contests.  Honestly, PNB and Silver State, singing the National Anthem, was just such a blessing.  Just very honored to have been able to do it.

LRC: You exploded the internet with the video of you singing the National Anthem at the Psycho Nitro Blast. This past week you “appeared on stage” in Vegas to sing at the Silver State race. How did that come about, and tell us about your experience there?

MOSER:  Well I have felt that a lot of big events racing had kind of gotten away from the National Anthem, and I think it's important to try and pay honor to our troops, who at the end of the day have given us the freedoms we enjoy by being at these big races and having so much fun.  It is only right to honor these men and women.  At the end of the day I spoke to Dave Leikam, owner of Racetime Entertainment, about the possibility of performing and he agreed.  The rest is kind of history as they say.  JBRL, Jimmy Babcock recorded and shared the performance and it was well received.  So Jimmy and I spoke and it was kind of a no brainer to perform live at Silver State.  Joey Christensen of the Dirt was very receptive to the idea, and well here we are. It has been a major blessing to be able to do this!

LRC: Do you have plans to pursue more with your singing career in the future?

MOSER:  LOL, honestly, I have thought of auditioning for one of these shows like The Voice, or some such, but at the end of the day I am really too old to pursue it at this point of my life.  My family, wife and kids already sacrifice so much with my career and racing. 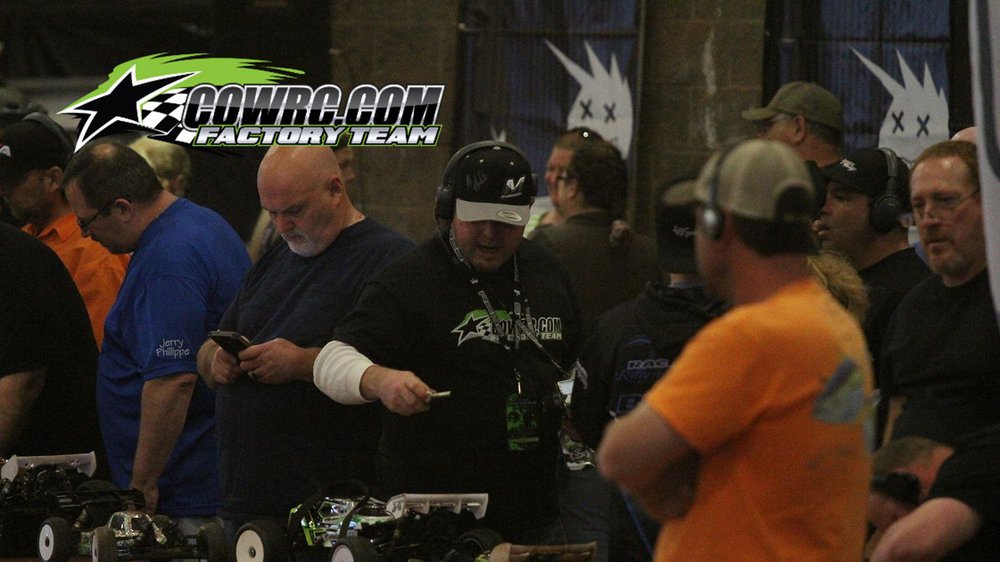 LRC: Let’s talk a bit about CowRC, which is where most people know you from. When and how did you get on board with CowRC?

MOSER:  Well I have known the owner, Heath Meschkow, for a lot of years and have been using the products for more years than I am even sure of, but long story short, Heath asked if I would take over sales at cowrc.com about 3 years ago and the Factory Racing Team was kind of just the natural progression.  We were rather well known in the crawling side of the hobby, but hey, you can’t be the King of RC Maintenance if you are not also cleaning the racing community as well!

LRC: What are some of your tasks as team manager for CowRC?

MOSER: I am primarily responsible for hobby shop and vendor sales and relations, as well as hiring new Factory Team drivers.  A lot of growing and learning over the last couple years on how to build a family and how to put the very best folks where they can make life easier and better for the team. My administrative assistant Corey Charlick helps a great deal, as well as Team Manager Gene Boyd.

LRC: How about SOAR Racing USA? How did this come about, and what are your tasks as team manager there?

MOSER: This was kind of interesting actually.  I had been trying to help Team C grow, but there were issue that just could not be reconciled so I had to go my own way.  I had posted that I was leaving management from Team C, and I started to receive emails.  SOAR was one of those.  After talking to the COO and USA Head Manager, Nate Johnston and Owner Didian Ho, I just could not pass up the chance to try and help build this brand.  The company has a vision and value the same things I do, so it was kind of a match made in heaven I think. 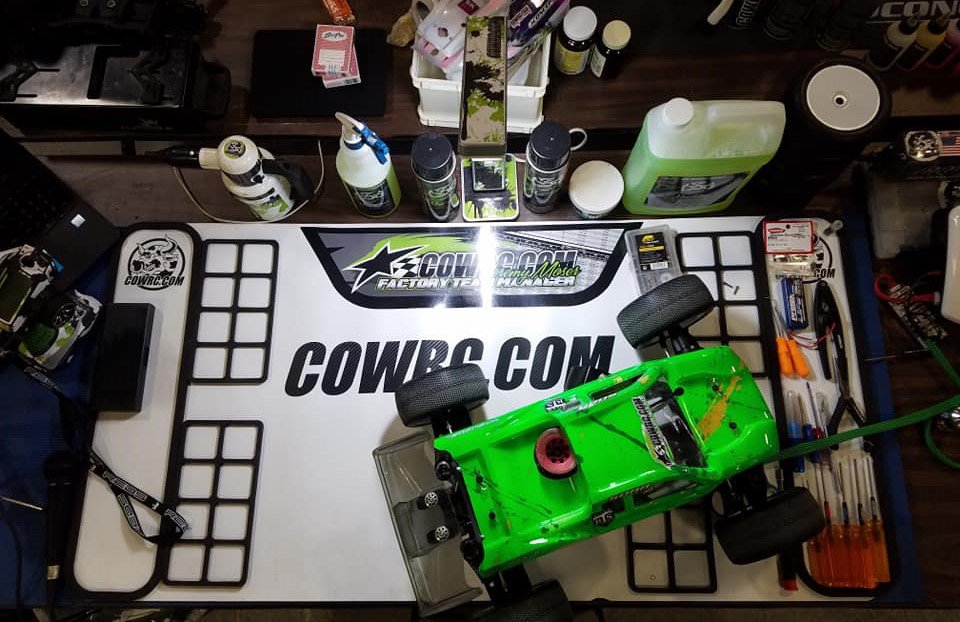 MOSER: Yes sir, this is correct, and Gene Hickerson has done an amazing job where building SOAR is concerned.  His groundwork has made my life much easier.  The product is now imported and warehoused by Speedbull USA.  Speedbull USA is SOAR Seiki at the end of the day, however, it is also a brand unto itself which will be bringing parts not SOAR exclusive, so we wanted the separation.  The name SOAR is already widely know for being a major manufacturer of some of the best parts made in the RC Industry. Just watch us grow!

LRC: It’s hard for a new brand to step in with the “big dogs” that have been established for years. What are a few selling points of the SOAR product line that you can share for those who may be skeptical of trying something new?

MOSER: As I said above, SOAR has been in the industry for many years, and has been making some of the best parts for many companies for a while, but the owner, Didian Ho has his sights set on seeing a SOAR Seiki on the podium of the worlds stage.  He himself does a lot of racing, so the car was not designed by someone not involved.  For racers, by racers.  As far as our vehicles, we offer the entire line up of 1/8-scale. Nitro buggy and truggy and E-Buggy and E-Truggy, so we are a one stop shop.  Another nice point here to mention is, when you are purchasing a new kit, you are purchasing the pro kit.  Our production kits are already upgraded with hundreds of dollars in extra carbon fiber and other parts.  The kits are also very affordable and durable to boot.

LRC: Is there any near future plans of SOAR signing a top 10 or 20 ranked driver in the USA?

MOSER: In the near future?  Maybe, maybe not.  As I said we would love to put the chassis on the worlds stage, so anything is possible.  You are just going to have to wait and see what comes in the coming months. 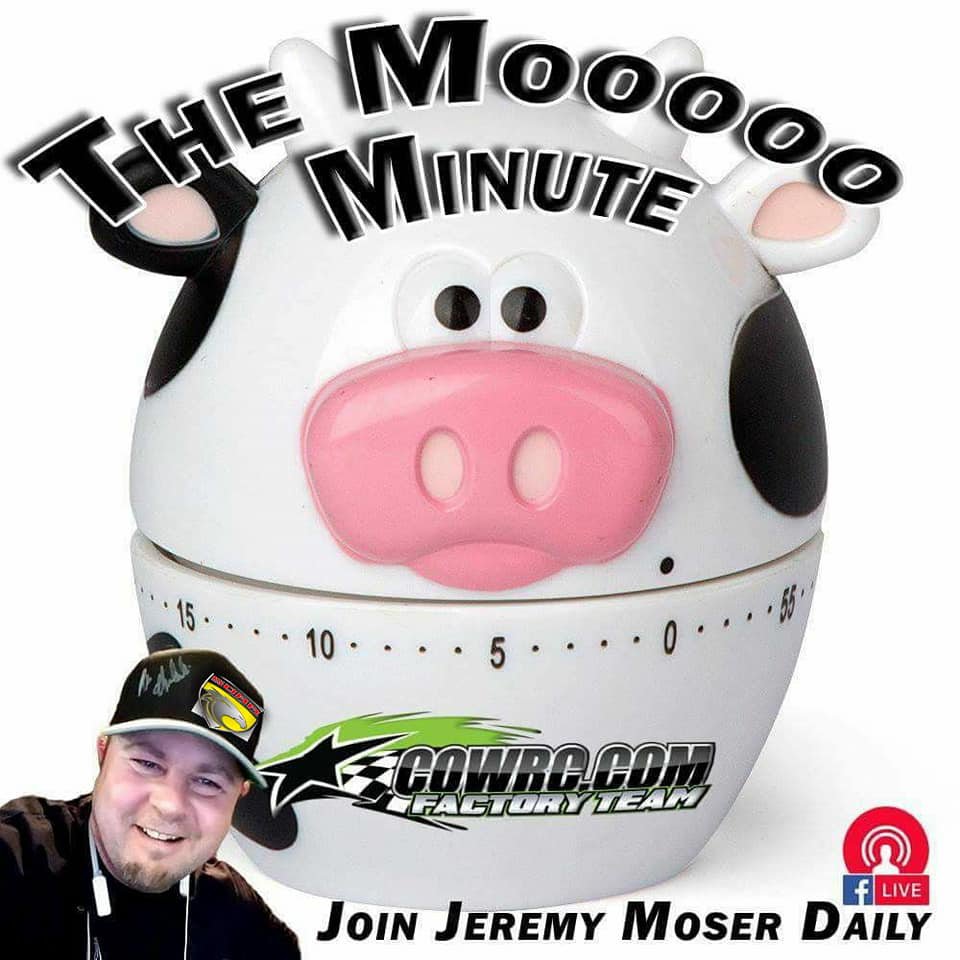 LRC: Your podcast is called “The Moo Minute Podcast”. First can you explain the name?

MOSER:  LOL, actually the name was kind of a joke initially, by a Factory Team Driver.  At the end of the day, I liked the name so much, that I just had to go with it.  Though the show is never just a minute.  It just fit!!!

LRC: Why did you decide to start a podcast, and what sort of things does the show focus on?

MOSER:  Honestly?  It is fun!  I so enjoy talking the people who are involved in the inside working of the industry and I just feel that people need to see all the positive this industry has to offer.  Besides, there has to be a positive foil to all the negative press and drama out there, so I have been happy and blessed to fill this void.

LRC: Well Jeremy, we really appreciate you taking some time out with us today. Is there anything you would like to add before we let you get back to work?

MOSER:  Just want to take a minute to thank a few people who have made so much of this possible.  I would be remiss if my wife and kids were not first.  They give up a lot of Dad time for me to be able to do all of this.  2nd, Chris Chmielewski, who really kind of helped me break into the industry years ago by sharing his time and knowledge and contacts with me.  A lot of the relationships I now enjoy are due to him.  Heath Meschkow, always going to be number 1 man.  Last but not least, Nate Johnston and Didian Ho for the opportunity you have given me with Soar Seiki/Speedbull USA

Special thanks to you Mike for thinking of me.  I honestly don’t feel as though I am all that important but it is nice to think I am possibly making a impact in this industry.  So thanks to you sir and LiveRC for the chance to talk to you.