TALK IT UP TUESDAY: Kyle Johnson 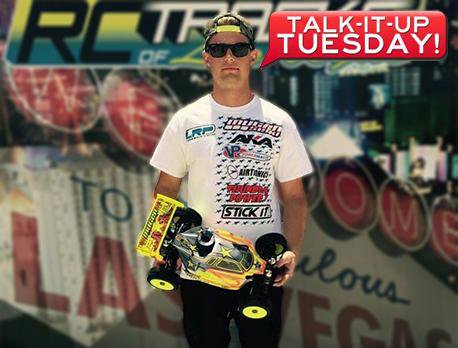 Welcome to LiveRC's weekly column, "Talk-It-Up Tuesday!" Here we spend a little time talking with industry icons including racers, manufacturers, team managers, developers, promoters, and everyone in between! Sit back, relax, and go behind the scenes as we interview them all!
I met Kenny Johnson when I started racing nitro more heavily at the turn of the millennium, as the Vegas local was friends with Richard Saxton and already quite successful in off-road racing circles. It was no surprise when his son, Kyle, started racing as well - but Kenny never pushed him to pursue racing on any level more serious than he was ready for. No doubt helped by his father's previous experience, Kyle improved rapidly - winning the 4WD Short Course class at the 2011 Silver State and earning a few sponsorships along the way. The following year, the Johnson family took some time away from the hobby, but Kyle decided to jump back into the fold and brought his father along for the ride. Even with a renewed sense of remembering that the hobby was simply for fun, Kenny could barely contain his excitement when he told me last season that Kyle had decided to buckle down and focus on racing for a while to see where it could take him - including signing a new deal with Mugen Seiki Racing. This past weekend, Kyle made the most of his home track advantage with a convincing win at the Nevada State Championships, one of the biggest wins of his career - just in time for the family to go celebrate with a Hawaii vacation. I shot Kyle a set of questions to work on during his flight and ended up with this terrific Talk It Up Tuesday interview.
Aaron Waldron: How did you get started in radio control, and how long have you been racing?
Kyle Johnson: I started racing because of my dad, and have been racing for eight years. 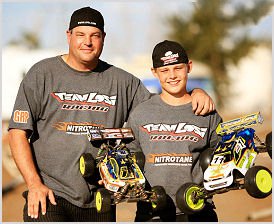 AW: Was it difficult balancing racing and classes when you were in high school?
KJ: It was tough sometimes when I’d miss a couple days of school here and there, and the make up work was not fun. 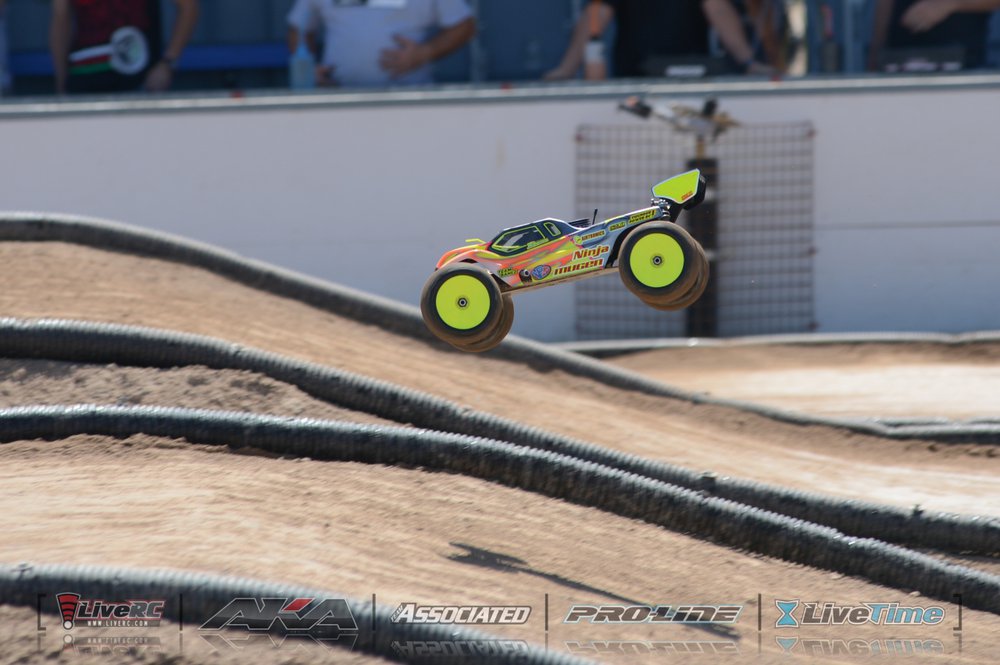 AW: What do you currently do for work? Is it difficult finding time to commit to practicing and racing?
KJ: I work with my dad doing landscaping and yard maintenance. It’s not too difficult to balance both work and racing if you stay organized and plan your schedule. It makes it much easier that my dad is my boss and my mechanic. 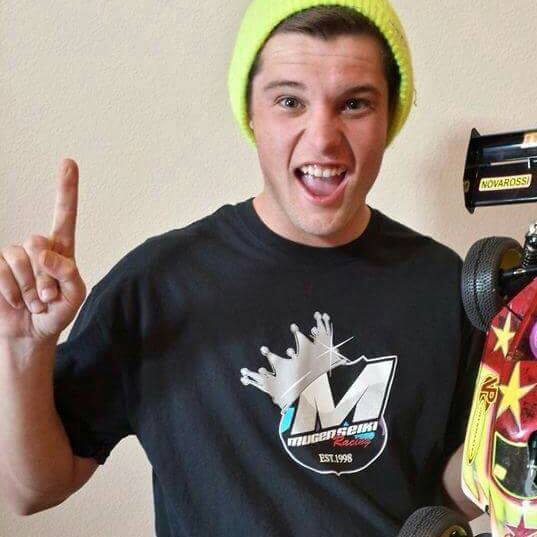 AW: Your father has quite a history in RC racing as well. Can you tell us a little bit about his prior experience?
KJ: He started out with Team Losi in the 90s and won a couple of big races, including the Kyosho Truck Championship at the Ranch Pit Shop in Pomona, CA. He also raced 1/8th scale buggy for Mugen and qualified for the 2000 IFMAR Worlds here in Las Vegas at the Silverton Casino. He then ran for Team Associated later in his career. 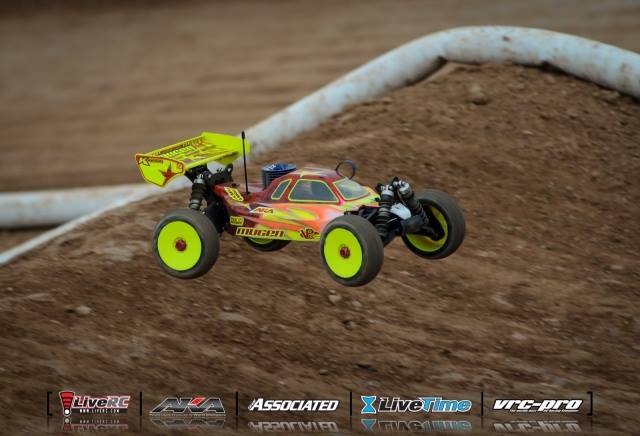 AW: Who are some of the people that have helped you most in RC?
KJ: The number one person would be my dad - without him I probably would not be racing. Adam Drake has helped me throughout the years, and recently Tim Long and Mark Pavidis. 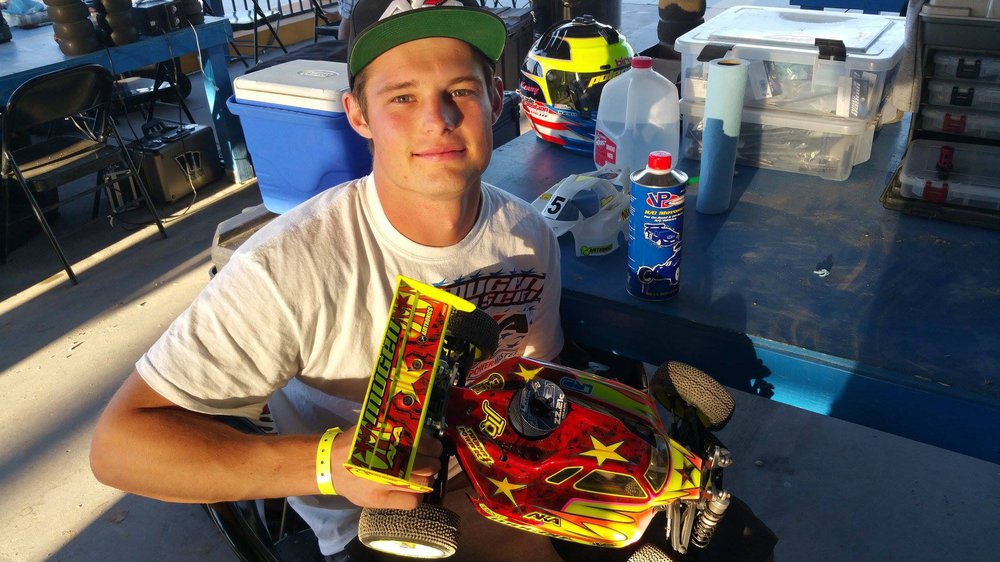 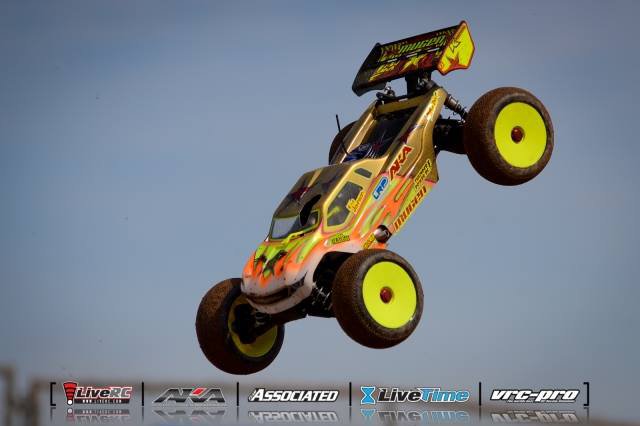 AW: Of what races are you most proud? Where does this state championship rank?
KJ: I am most proud of making the Pro Truck A Main at the 2013 Silver State Nitro Challenge. The state championship win ranks up there - I was excited to win and finish after a 45 minute main. I am always looking to improve and win bigger races and make more A mains. 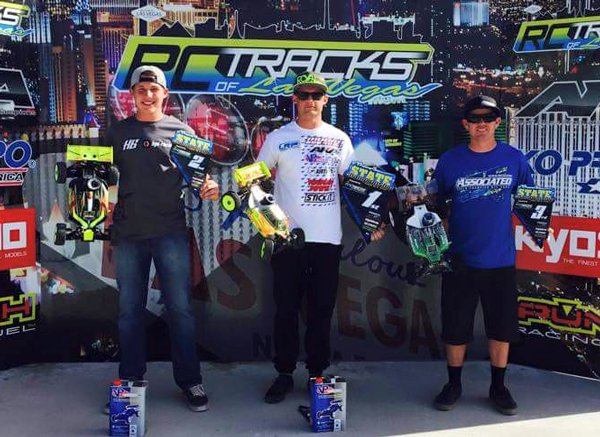 AW: What do you think about the direction that electric off-road is heading, with ultra-sticky dirt, tracks made of multiple surfaces, and the upcoming Electric Off-Road Worlds on astroturf?
KJ: It seems like electric off road racing is heading in the wrong direction, I find that now if the track isn't high bite, racers will find a way to complain about it instead of racing on whatever is given to them. I think that the upcoming Electric Off Rod Worlds being held on astroturf is disappointing. The fact that it’s called "off road,” and is not raced on dirt, doesn't make sense. 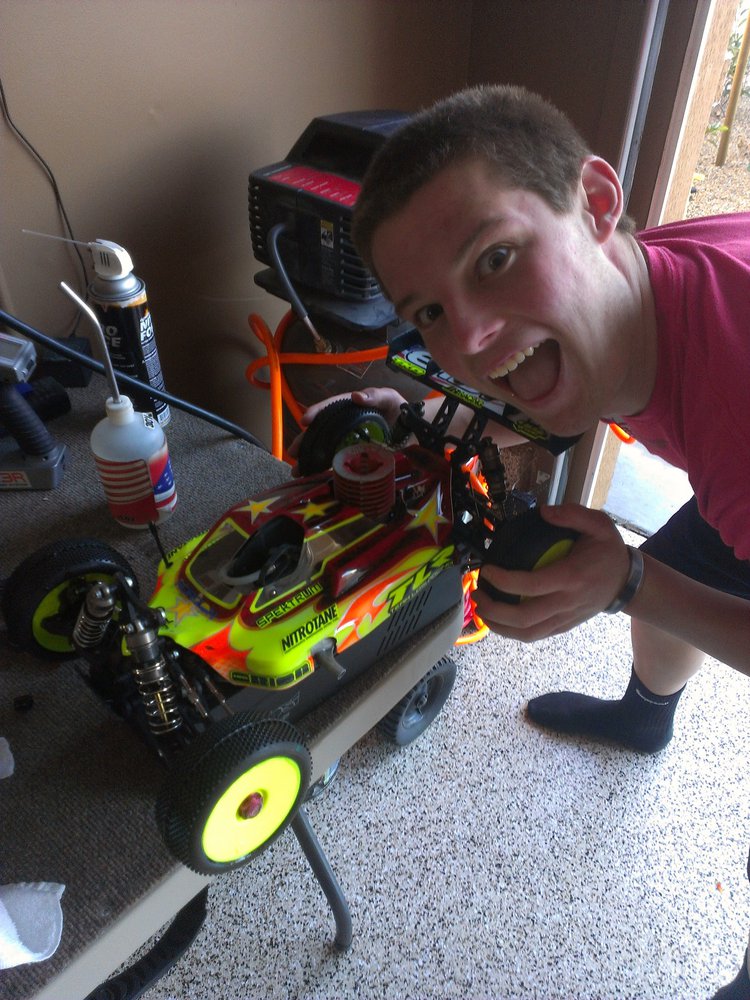 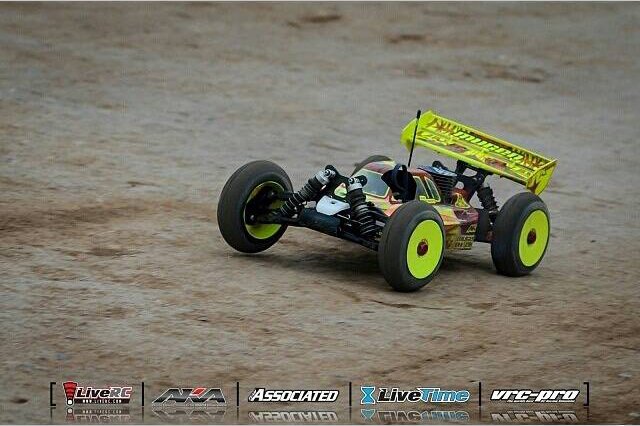 AW: What about RC racing annoys or bothers you?
KJ: What annoys me the most is the people that complain and do nothing to constructively help to make things better. 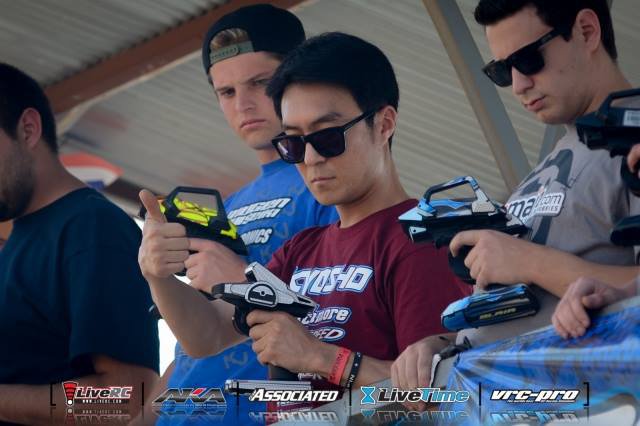 AW: The Las Vegas racing scene has seen its ups and downs over the years, but seems to be on a roll right now - especially with RC Tracks of Las Vegas up and running. Do you think that the Vegas area presents challenges that some regions may not have to deal with?
KJ: The biggest challenge in Las Vegas is the weather - the heat and wind in the summer is very uncomfortable, so we’re forced to race late in the evening during the summer months. RC Tracks of Las Vegas is definitely an unbelievable facility, though, that has finally done it all right. 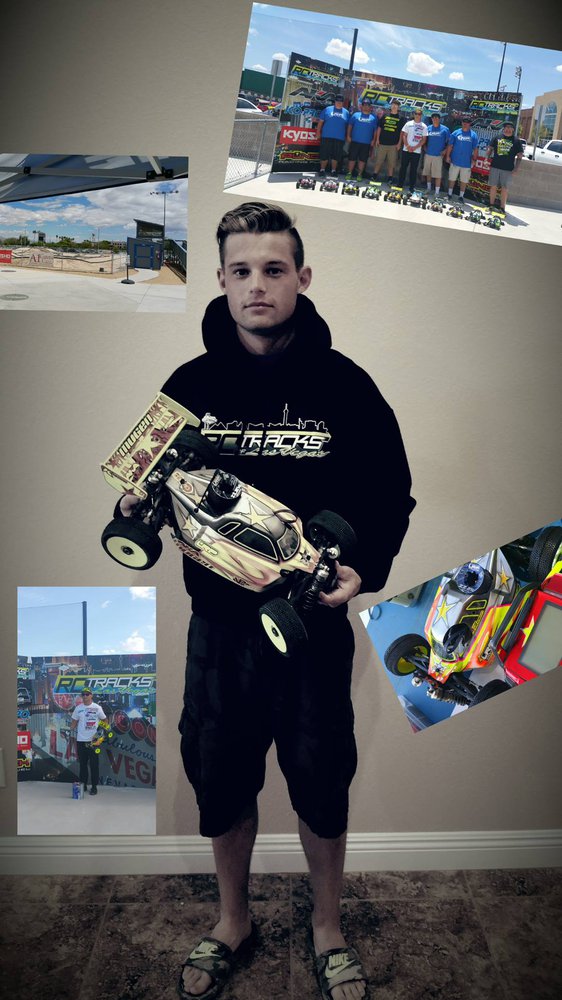 AW: Do you have any big RC career goals?
KJ: I would like to eventually make the Worlds, and race in other countries. 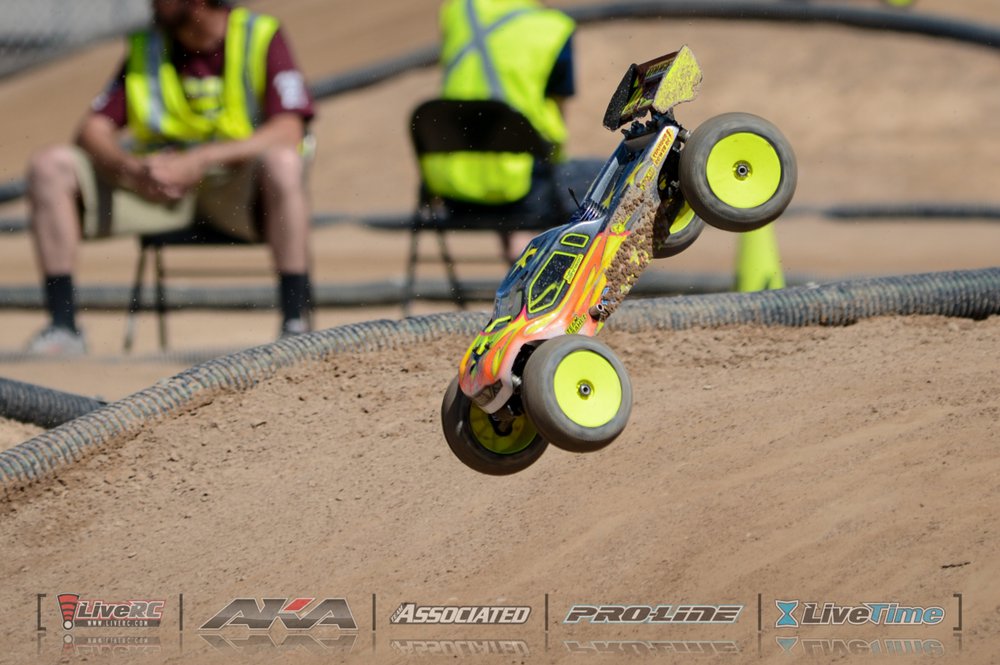 AW: Thanks for the interview! Is there anything else you’d like to add?
KJ: I would like to thank my boys Carson Wernimont and Tanner Denney. Thank you to everyone that supports me, I really do appreciate it. 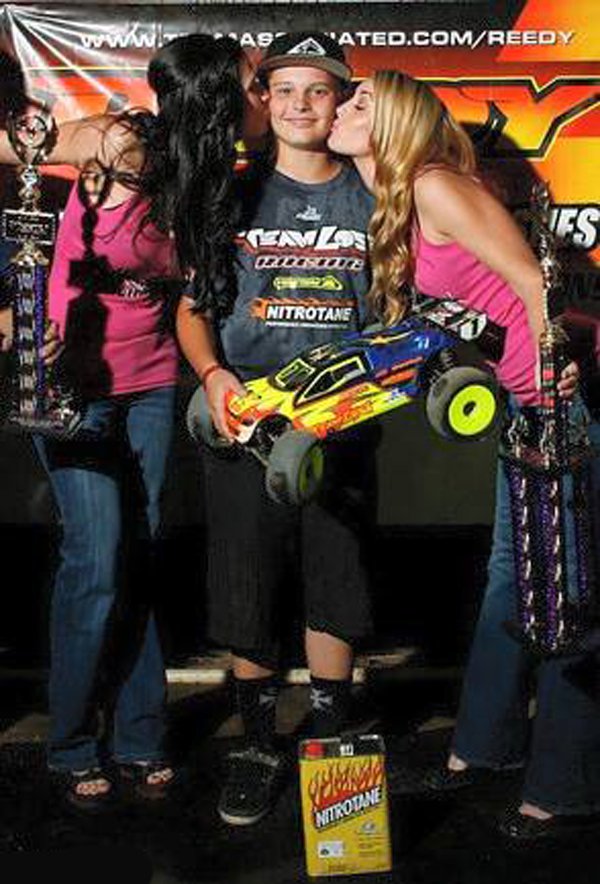 A young Kyle getting some love from the trophy girls after winning the Open Truggy class at the 2008 Reedy Truck Race of Champions.
Talk-it Up Tuesday
Share:
blog comments powered by Disqus