TALK IT UP TUESDAY: Michal Orlowski 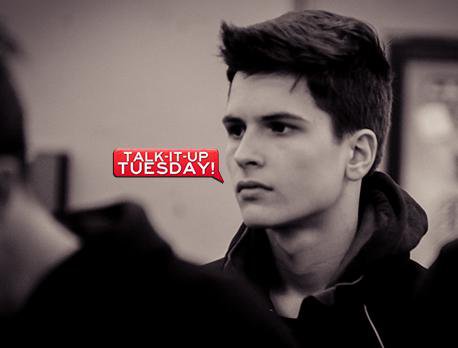 Welcome to LiveRC's weekly column, "Talk-It-Up Tuesday!" Here we spend a little time talking with industry icons including racers, manufacturers, team managers, developers, promoters, and everyone in between! Sit back, relax, and go behind the scenes as we interview them all!
In an industry full of history hallmarked by young drivers competing alongside experienced adults, one of the most compelling stories over the last decade is that of Michal Orlowski. The Warsaw native raced his way into the international spotlight five years ago, with a podium finish at a Euro Off-road Series round at just 11 years old, and has steadily become one of the fastest electric racers on the planet. With a 4WD European Championship and 2WD EOS title on his resume before his 16th birthday, Orlowski could perhaps be his country’s best chance ever at winning an IFMAR world title. Learn more about this young Polish prodigy in this week’s Talk It Up Tuesday. 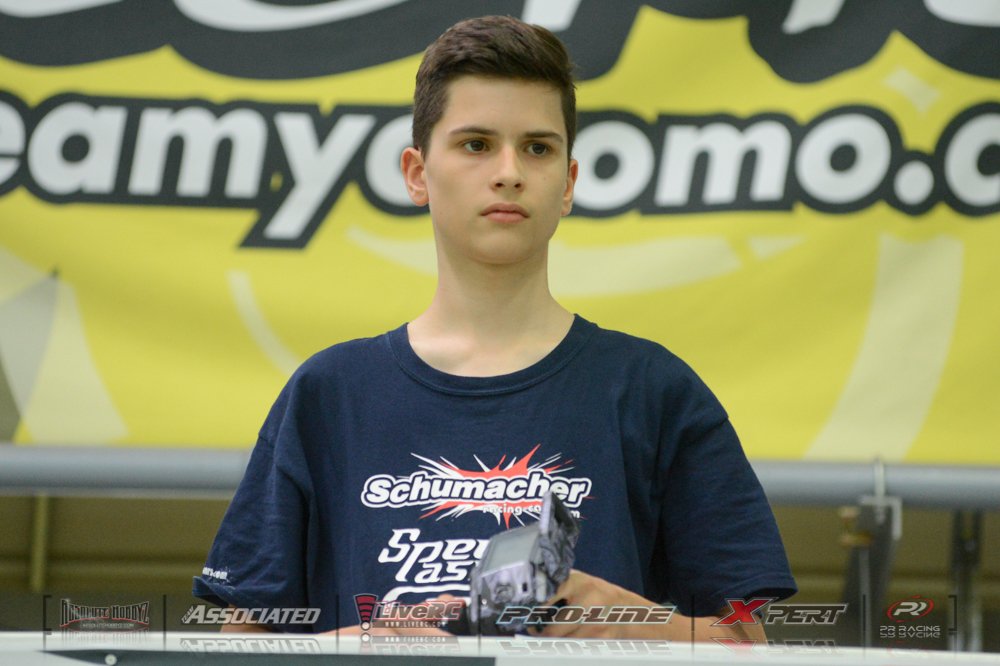 Aaron Waldron: How old are you, and where are you from?
Michal Orlowski: I just turned 16 a couple of weeks ago and I'm from Warsaw, Poland. It is where I currently live.
AW: How did you get into RC, and how long have you been racing?
MO: In 2006, my aunt from Germany bought a present for me. It was a Tamiya Mad Fighter. My Dad built it in a month and found a race in Warsaw. It all started from there. 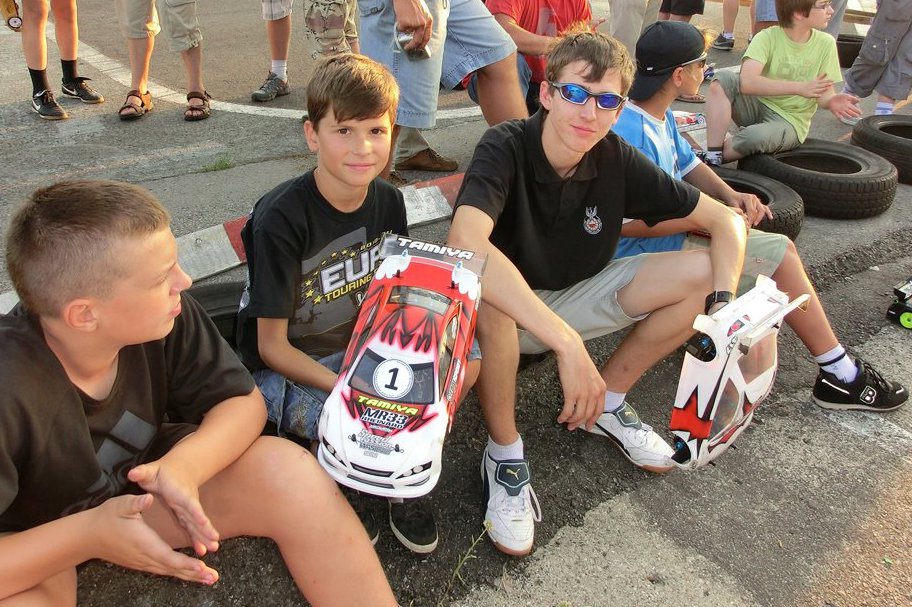 Photo: titanrc.pl, via Facebook
AW: What school do you go to? What grade are you in? What are your plans for after graduation?
MO: I have just changed schools as I graduated from middle school. On September 4 I started high school. After high school I plan to move to the US, as RC is much bigger there, and probably study engineering there.
AW: What made you decide to start attending big races and trying to attract sponsors?
MO: When I was driving plastic Tamiya cars people in Poland saw a lot of talent in me and helped me break into the European scene. I really liked going to races so I wanted to race more and more with bigger competition. 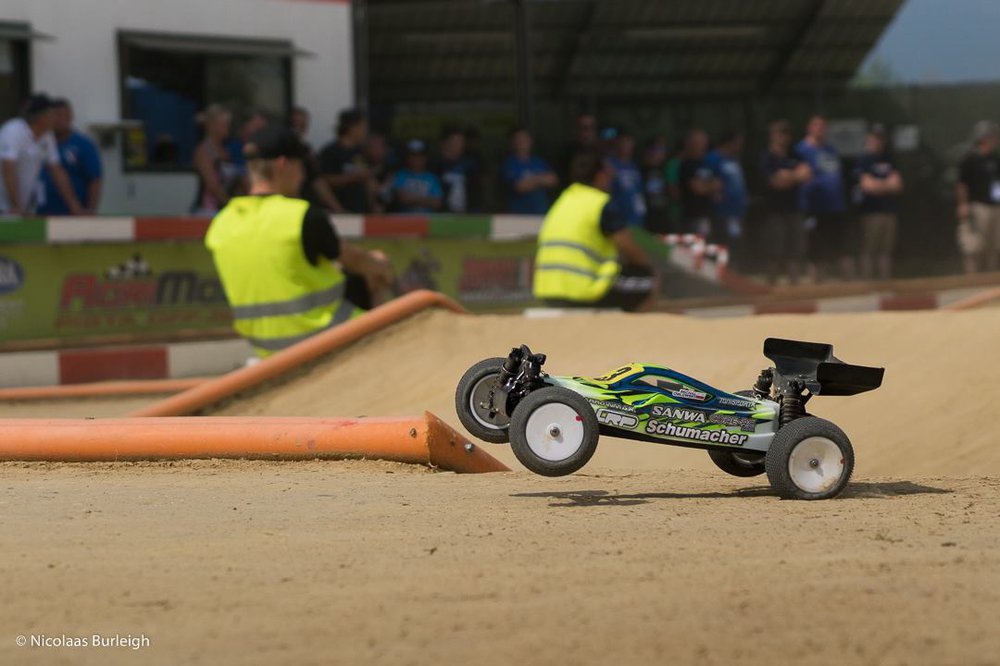 Photo: Nicolaas Burleigh, via Facebook
AW: What’s your favorite track? Favorite big event? What different classes have you raced - and which is your favorite?
MO: My favorite track is probably OCRC as it's very unique for us from Europe and fun to drive. Favorite event, I would say EOS but it's a series — so Reedy Race. I like the close battles in the finals, and it's very entertaining for people to watch. I race 2WD and 4WD off-road buggies and modified touring car, before it I drove touring car stock. My favorite is 2WD off-road, as I consider it the most difficult class out there. 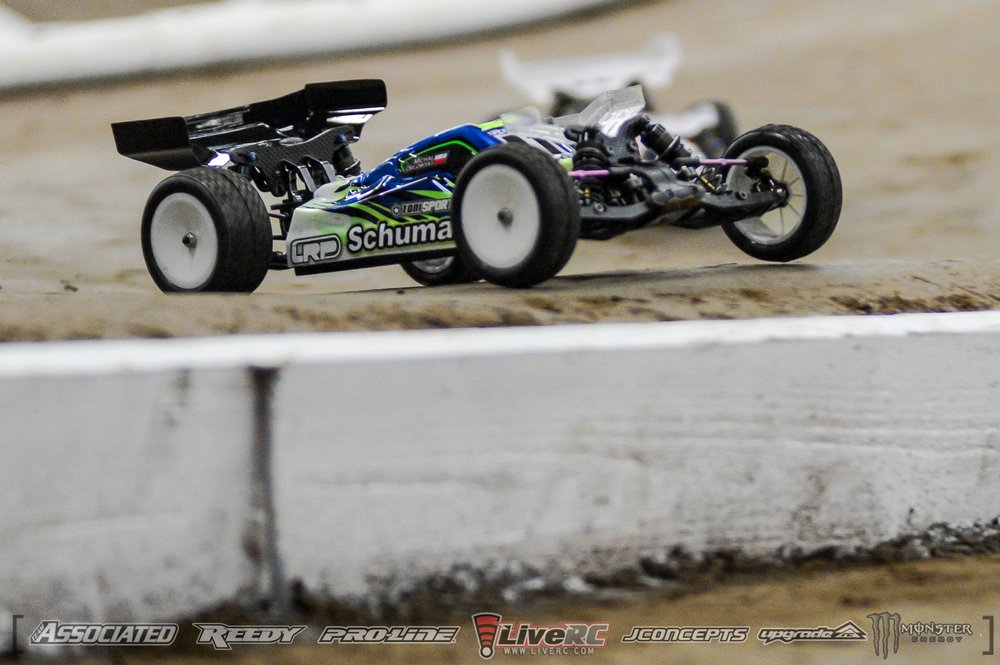 AW: What can you tell us about the JQ Racing e-buggy you have been practicing with? Do you plan on racing 1/8-scale in the future?
MO: I've been practicing with it only one day so far, it was my first time with a 1/8-scale car in my hands. I quite enjoyed the experience and I am currently looking at exciting plans. I have some great opportunities with my sponsor, Schumacher Racing. That's all I can say for now though at this time.
AW: Having travelled around the world to different events, how does the racing scene in your area vary from other places you’ve visited?
MO: The level of the competition isn't very high, but I can see that it is getting better. In Poland, RC is very small; there are only a couple of tracks in the whole country and most of them aren't as good as the other tracks we race at in Europe. For me, it means that I don't practice too much, but luckily the track where my videos are from has been rebuilt and repaired recently. It's very close to my home so I'm very thankful for that. 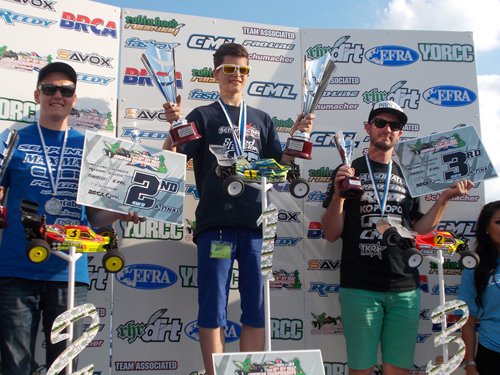 Photo: Schumacher
AW: What are your proudest RC moments?
MO: For sure, one of them is winning the 4WD European Championship in 2015. It was my first year with the Schumacher team, so it showed the potential we had together as a team. The other one is winning the 2WD EOS championship earlier this year. It was a very special moment for me as I grew up racing at the EOS, and my first sponsor contacted me after I made my first EOS podium when I was 11 years old in 2012. 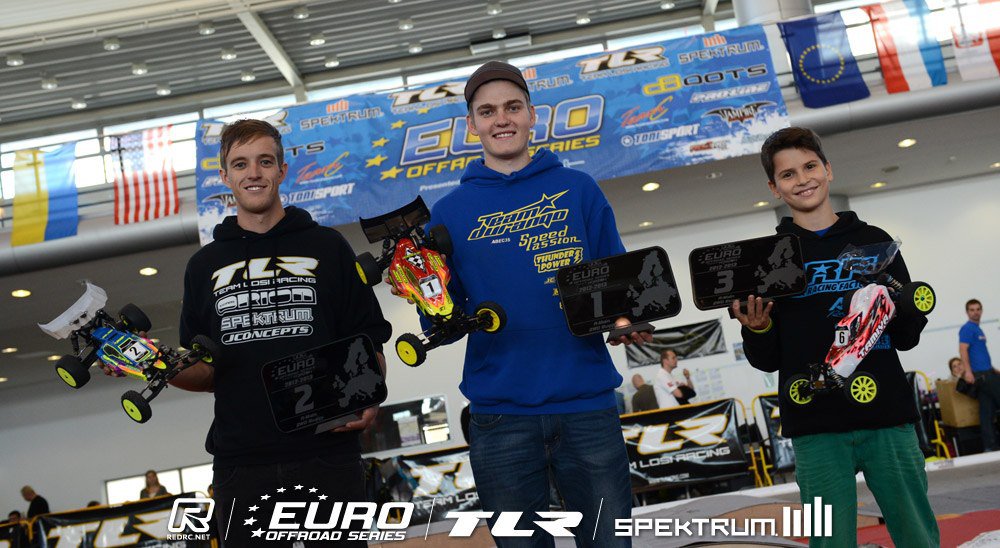 Photo: RedRC
AW: Do you have any goals for your RC career?
MO: Obviously, to win a world championship title. We were close 2 years ago in Japan, but the pressure got to me in the finals. We worked hard together with Schumacher in the past two years so hopefully this year we can make a good show in China. 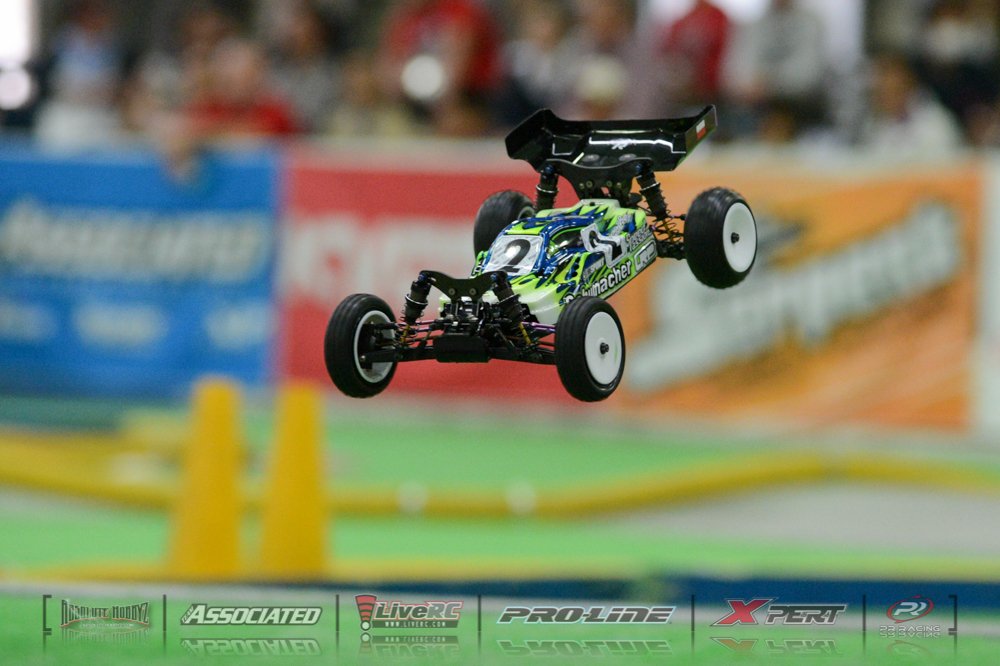 AW: When you’re not at the racetrack, what are some of your favorite hobbies?
MO: Football (soccer) is my favorite hobby after RC. Me and my friends created a team and we play as much as we can. Also, I enjoy just hanging out with friends. They are very important for me as they will always support me if I'm down and give me motivation if I need it.
AW: What’s the best part of RC racing? What about RC racing annoys or bothers you?
MO: In my opinion, the best thing is that RC gets small kids out from their house, so they don't play video games all day long. They become more patient, and they gain respect for each other after they race. When I was younger I used to love video games, but after I got into RC I wanted to race on the weekends, not sit at home in front of my PlayStation. I don't think there is something that bothers me in RC. It is great just as it is. 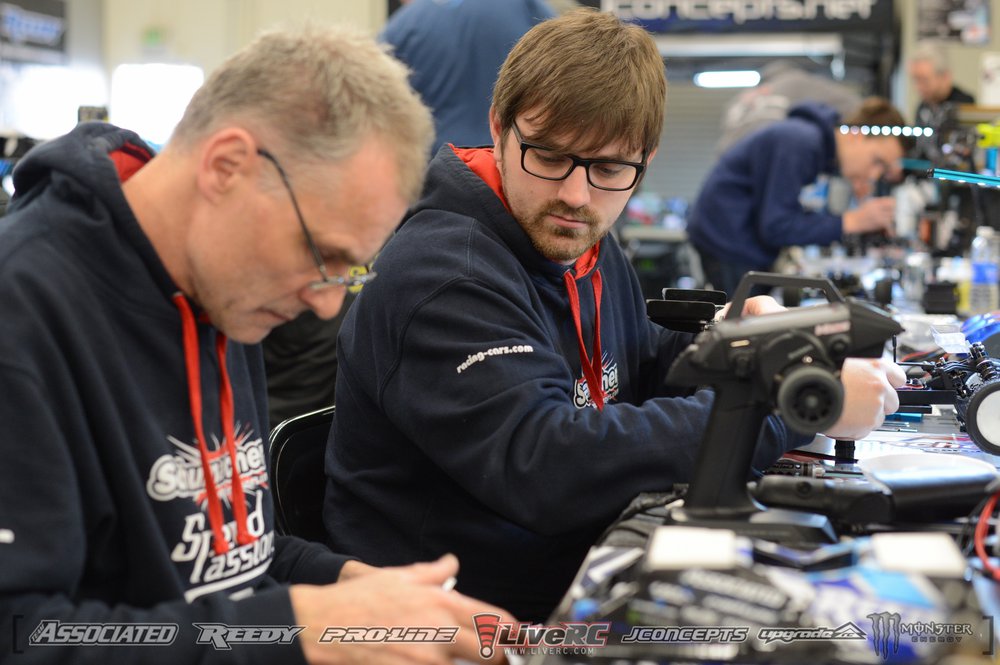 AW: Who are some of the people that have helped you the most?
MO: Of course my lovely father; he was with me at every race I have attended. He spends nights in the garage, rebuilding my cars before every race. He used to film my runs, so we could analyze them before I went to sleep and he showed me my mistakes. He is also a fan of racing so I've had it in my blood thanks to him.
Niko Triandafilidis; without him, the RC scene in Poland almost wouldn't exist. He invited me to my first races, then saw talent in me and travelled with me and my Dad to the European races. He has always been there with me and my Dad.
My whole family; they watch me online every time, message me every day and they supported me when I had moments I wanted to quit racing.
The whole Schumacher team; we've been so close for the past few years and I really hope I can stay with them as long as possible. Everyone out there are very supportive, talk to me about everything. We discuss all the stuff together and we show the perfect team work at the races.
Tristram Neal, my off-road mechanic and engineer; he was there with me when I started with Schumacher and we never looked away from each other. When we have some problems we always sort them out together.
Aaron Rose and Elliott Harper, for a good laugh in the pits.
Muz and also Robin Schumacher, who are both always hugely supportive of me and were the ones that had the initial talks with me and my Dad to look at joining the team a few years ago. We have never looked back and all achieved so much together so far as a brilliant team.
And my brother from another mother, Joona Haatanen; we started talking to each other in 2015, as we made our debuts at the Reedy Race. And then every race we pushed each other, helped each other so we could achieve the best results. Sadly we live so far from each other, but this makes the RC races so special, that you get to meet your best friends that live far away from you. One of the moments I will remember forever is 4WD A3 in England at the 2015 European championships, most of the crowd was shouting "come on Neil (Cragg)” as he was right on my tail and the only person that I heard cheering for me was Joona. He was standing just under the driver stand and shouted "come on Michal.” I think this gave a small boost that I needed in the closing stages of the last final. 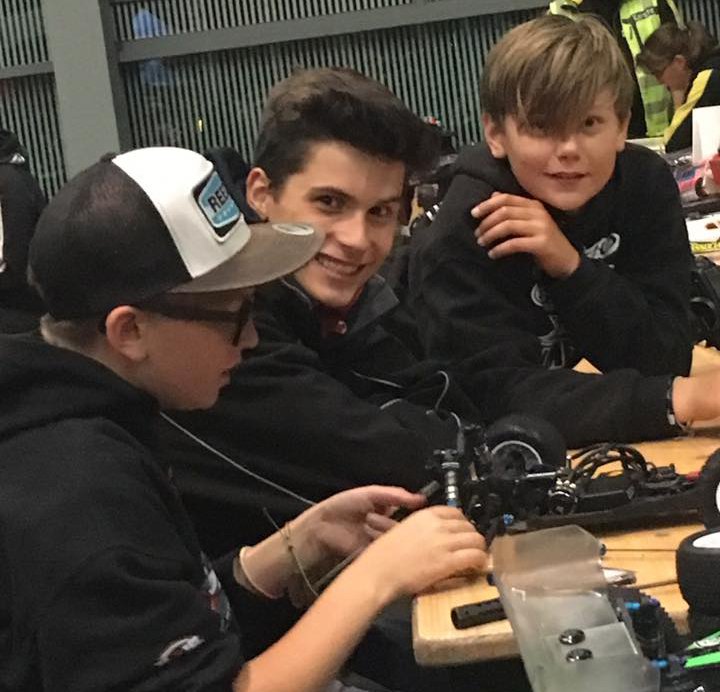 Photo: Neil Cragg, via Facebook
AW: Thanks for the interview! Is there anything else you’d like to add?
MO: Just would like to say a huge thank you to everyone supporting me out there, my sponsors: Schumacher, LRP, Sanwa, Tonisport, Arrowmax, Trishbits, NextlevelRC, Core RC, Dubidesign and DF creative and thank you to LiveRC for the interview. Hope to see you all at the future races! 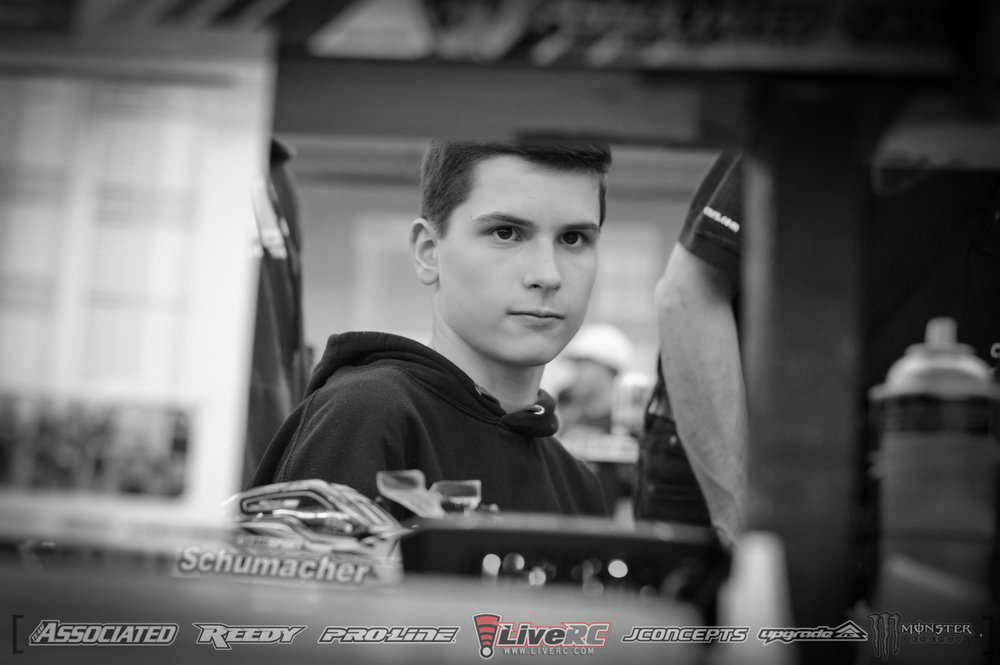