TALK IT UP TUESDAY: Paul Ciccarello 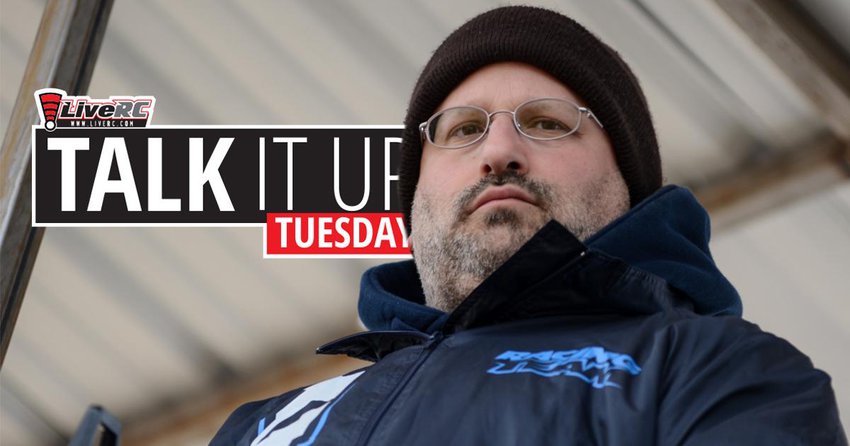 For this week's Talk It Up Tuesday, we sit down and chat with the one and only Paul "Chicky" Ciccarello! 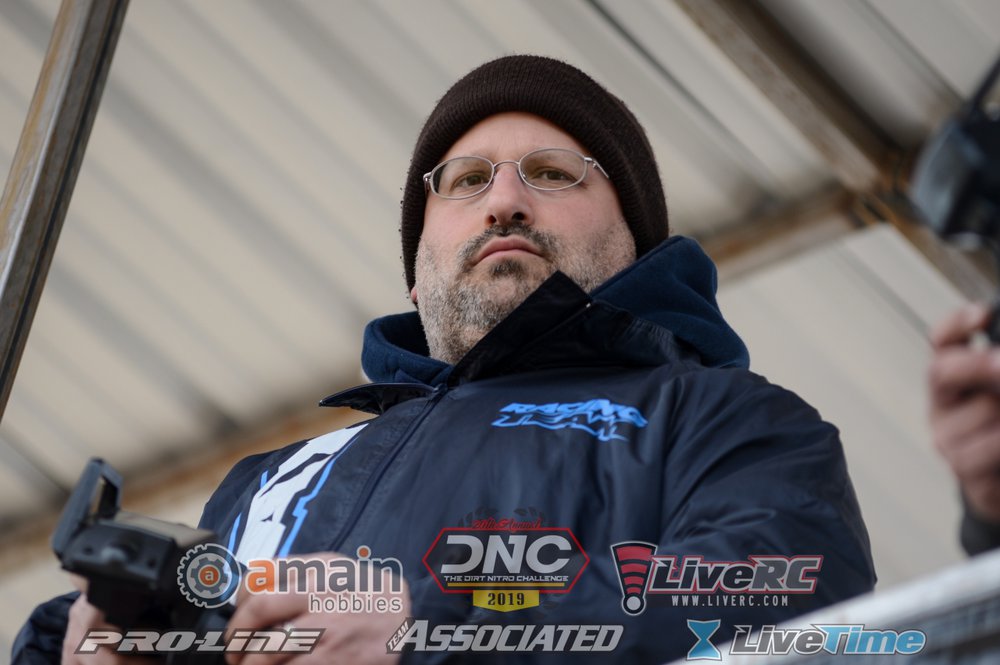 LiveRC: Welcome Paul to this week’s edition of “Talk It Up Tuesday”! Let’s start at the beginning. When, where, who, how, and why did you get started in R/C car racing in the first place?

Paul: Back when I worked at my buddy’s bike shop in 1995 in NY we all were into mountain biking and MX. We all got some cars to mess around with and built a track in his back yard. At the time I was heavy into slot cars and had a MX background so it kind of worked out with the throttle control and jumping. It was a lot of fun!

LiveRC: When and why did you start pursuing R/C car racing as something more than just a weekend hobby?

Paul: I wasn’t ever really good at MX but an ok C/B level type rider, so in 2002 I had a string of MX injuries and that year and my boss Steve Koepp at Parma said, why don’t we get you a 1/12-scale car instead of racing MX. At that point I was in my mid to upper 20’s and there were a lot of things I liked to do other than MX, plus having to have a job and pay bills, so it just got to the point where I was ready to hang up the boots and do something a little more safer.

LiveRC: In recent years you are most well-known for your off-road racing, but tell us a bit about your past racing on-road.

Paul: Aside from the very beginning of my R/C racing in 1995 in off-road, in 2002 I started racing mostly 1/12-scale and touring car. A little later on I got into nitro on-road as well. I went to most of the big races pretty much like I do now starting in stock and moving up to mod. I had some decent on-road results, I won the Indoor Champs in Super Stock 1/12 two times, finished 3rd at the Nitro 1/8 On-road Nats 2 years in a row, won the GLC in Nitro TC and 1/8, and had a long string of second place finishes in Mod 1/12 with a win in A2 at the ROAR Carpet Nats at Hobbyplex.

LiveRC: When did you transition your focus to off-road, and why?

Paul: I went to off road when I stared to work for Serpent. The customer base and business potential were much greater than on-road so I decided to give that a go. I was 35 at the time. 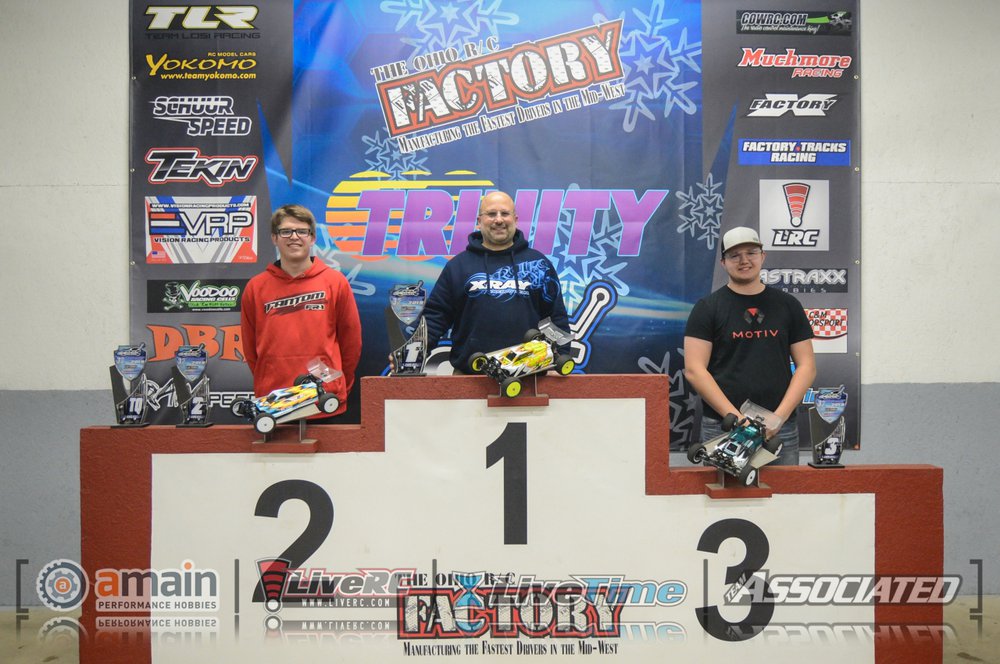 LiveRC: What are some of your biggest accomplishments as an R/C racer over the years?

Paul: Aside from the above on road results mentioned above, I have won the Dirt Nitro Challenge a few times in the plus 40 class, and last year made the B main in Pro Nitro Buggy. Making the B main at that race for me was probably my biggest accomplishment racing against the best in the world. In 2019 I was able to win the CRCRC, the AE Champs and the INS finals in the 13.5 4wd class. It’s one of my favorite classes because the cars are so easy to drive and not over powered.

LiveRC: You are better well-known around the pits as “Chicky”. When, where, why, and who coined your famous nickname?

Paul: Man I don’t even remember, it was probably back when I raced slotcars in NY. Everyone had a nick name, Crazy Bob, Big AL, Pops, etc. lol!

LiveRC: Before R/C racing, you were a serious slot car racer if I’m not mistaken, is that correct? Do you still race slot cars today?

Paul: Yes, I was into slots then as much as I’m into R/C now, but probably better skilled at slot cars overall. My son and I still go to the local slot car track a few times a year and have fun. I don’t race on a normal basis but I was able to race a 24 hour enduro at my local track last year that was a ton of fun! We actually won the race which was pretty cool!

LiveRC: Off the race track you have held multiple roles throughout the industry as well. Talk to us about your time and roles working for Parma, Serpent, and your own brand On-Point.

Paul: When I worked at Parma I was in the R&D department. In the beginning I helped develop slot car products and then later on more R/C. Then at Serpent I had a lot of duties, sales rep, team manager, customer service, sometimes psychiatrist for drivers, lol. When I did On-Point a lot of the 1/12-scale cars I thought needed to be stronger for the increasing speeds. I felt like the cars needed to be made out of better materials so you could finish the races easier. Ultimately, I had to purchase too big of stock for the demand and was working with Serpent at the time so I just decided to stop. 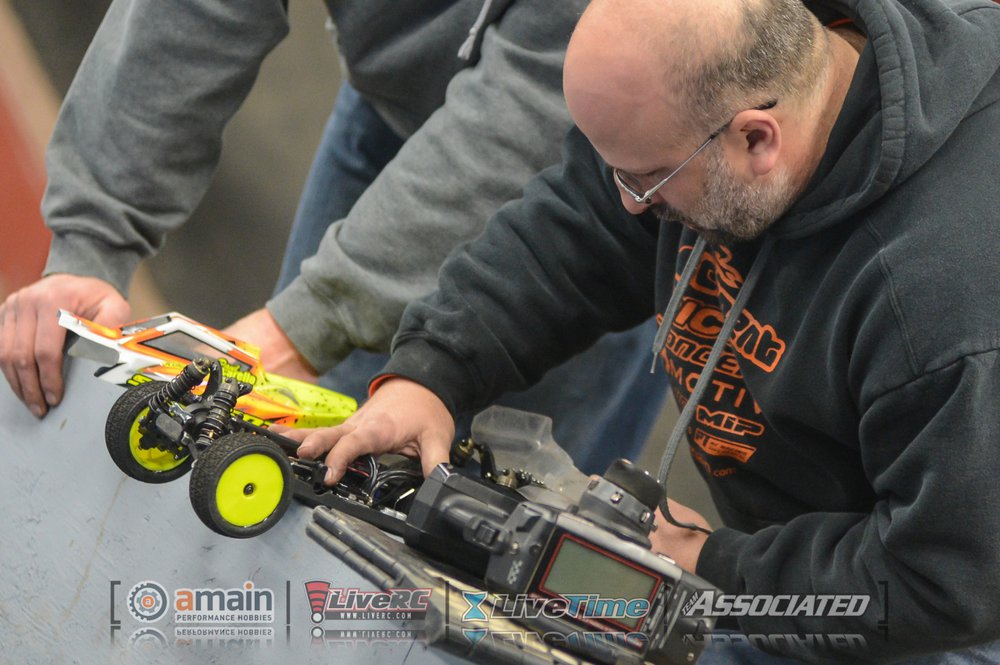 LiveRC: Since your departure from working and driving for Serpent America, you are no longer working in the R/C industry, correct? Do you plan to return with your daily job in R/C someday?

Paul: Correct, I am not working in the R/C industry. I am involved with XRAY and now AKA to provide support for the team at the races and over all, but it’s not how I make my living. It’s hard to say if I ever will have the opportunity or want to do it again, maybe if the right opportunity came about I would consider it, but I think it would have to be something that I went some where to work away from home. Before I worked at home and it consumed my life and I didn’t manage my time with the family and work, and it’s not the way I would want to do it again.

LiveRC: What are some of the biggest changes you have seen in the industry from the time you got started until now?

Paul: Probably the biggest change is a lot of racers thinking they deserve more than they actually do. If you are winning at your local club track and only race at a couple tracks from time to time this is not something that deserves a factory driver spot. You don’t deserve to get prototype parts to test or free product. You really have to travel and get out there and show the world what you can do on the big stage against the best and earn it.

LiveRC: 2020 has arrived, and that means a new season of racing! What are your personal goals as a racer this year?

Paul: Coming up this week, I’d like to better my finishes at the CRCRC race in all the classes, repeat my B main performance at DNC and do better over all in the Pro classes at all the events this year. 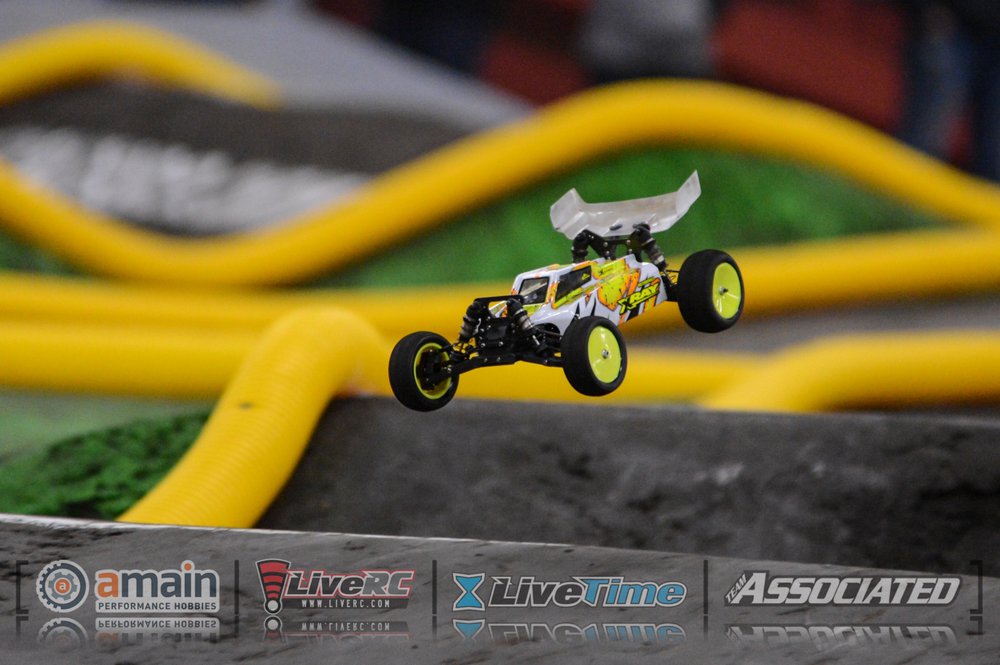 LiveRC: When you aren’t racing R/C cars, what are some of your other hobbies and interests?

Paul: MX is my main thing, I follow it every day online, I like to golf but hardly ever get to do it and play basketball.

LiveRC: What is one thing most people don’t know about Paul Ciccarello?

Paul: My arm span is 5 foot 7 inches and they say that’s how tall you are supposed to be but I’m not sure what happened, LOL!  R/C is my passion, I love it! Even though I’m 45 and started off-road at a later time in my life I still give 100% and try to get better every day. Being older and racing against the younger kids you have to be and work smarter, plus put in more wheel time than they do to be the same or ahead of them. I’m getting there but for sure, it’s a lot of work.

LiveRC: Paul we wish you the best of luck for 2020! Thank you very much for joining us today. Is there anything you would like to add before we go?

Paul: Thank you to my wife Dana and son Joey who support me 100% in my racing goals. Also thank you to my sponsors who support and believe in my talents and work ethic. XRAY, RC America, Hudy, Picco, AKA, Avid RC, Amain, TQ wire, VP fuels, and BOOMrc.