TALK IT UP TUESDAY: Ron DeVoll 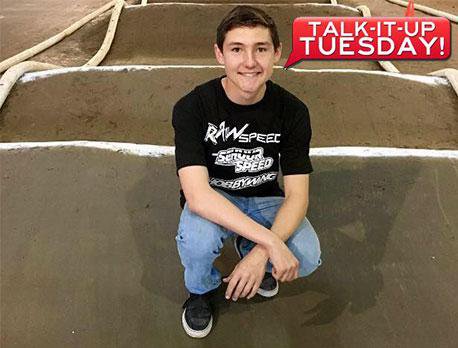 Welcome to LiveRC's weekly column, "Talk-It-Up Tuesday!" Here we spend a little time talking with industry icons including racers, manufacturers, team managers, developers, promoters, and everyone in between! Sit back, relax, and go behind the scenes as we interview them all!
Ron DeVoll might not yet be a household name in the world of RC racing, but two big wins last season suggest he could be on his way. The 16-year-old from a little-known suburb on the outskirts of Los Angeles County beat a field of 84 stock buggy racers at the Desert Classic in March, and repeated the feat over 48 other racers at the Top Gun Shootout last month. I reached out to DeVoll on Facebook to learn more about his racing career and future goals for this week’s Talk It Up Tuesday. 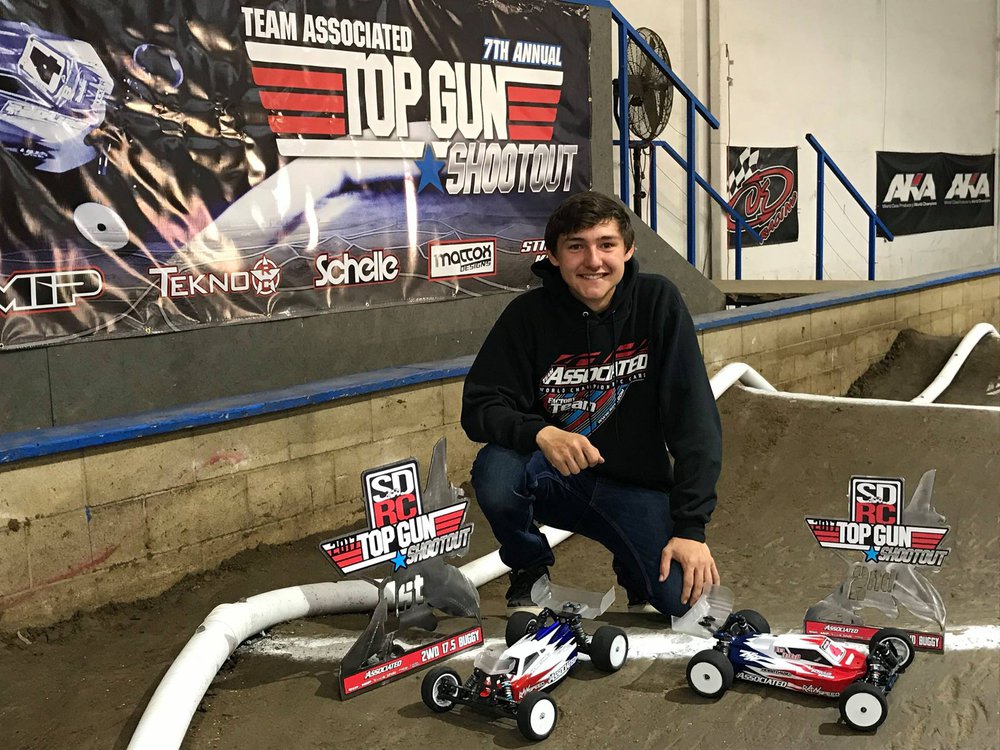 Photo: Raw Speed Inc, via Facebook
Aaron Waldron: How old are you, and where are you from?
RD: I am currently 16 years old and I am from Littlerock, CA.
AW: How did you get into RC, and how long have you been racing?
RD: I got into RC racing as a way to get away from motocross racing. I guess RC was a way to keep racing while avoiding the danger and injuries of motocross racing. Overall, I’ve been racing RC cars for about five years now. 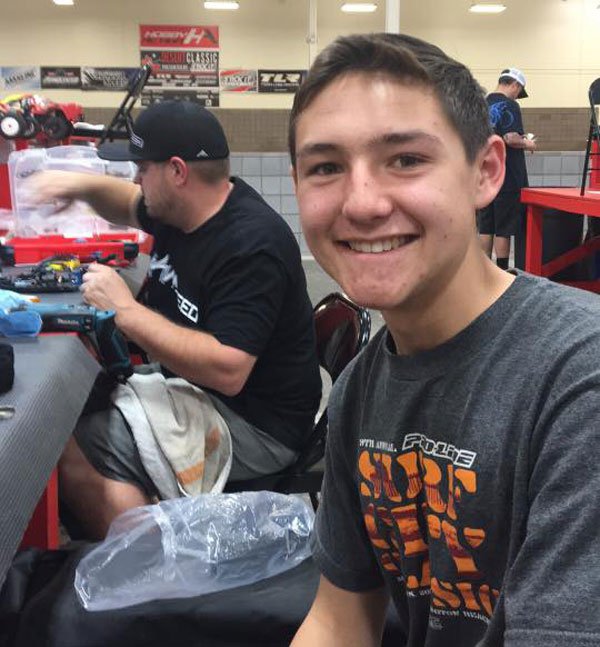 Photo: Steve DeVoll, via Facebook
AW: What school do you go to, and what grade are you in? How do you balance traveling for RC races with completing your studies?
RD: I go to Littlerock High School where I am currently a Junior. To balance RC racing and school, I mainly try to complete whatever assignments I have early, so I can leave to get to whatever big race there may be. I also take my homework with me to big races sometimes.
AW: What made you decide to start attending big races and trying to attract sponsors?
RD: I really wanted to start attending big races when I began learning more and more about the hobby from being at the track with people who regularly attended big races; so, basically, the people at the track pointed me towards bigger races. Also, my dad and I didn’t want to start attending big races until we both felt that I had developed enough speed to really be competitive. As far as trying to attract sponsors, that kind of came along with being at these big races because all the big sponsors are usually in attendance, and that is really where I wanted to start attracting sponsors. 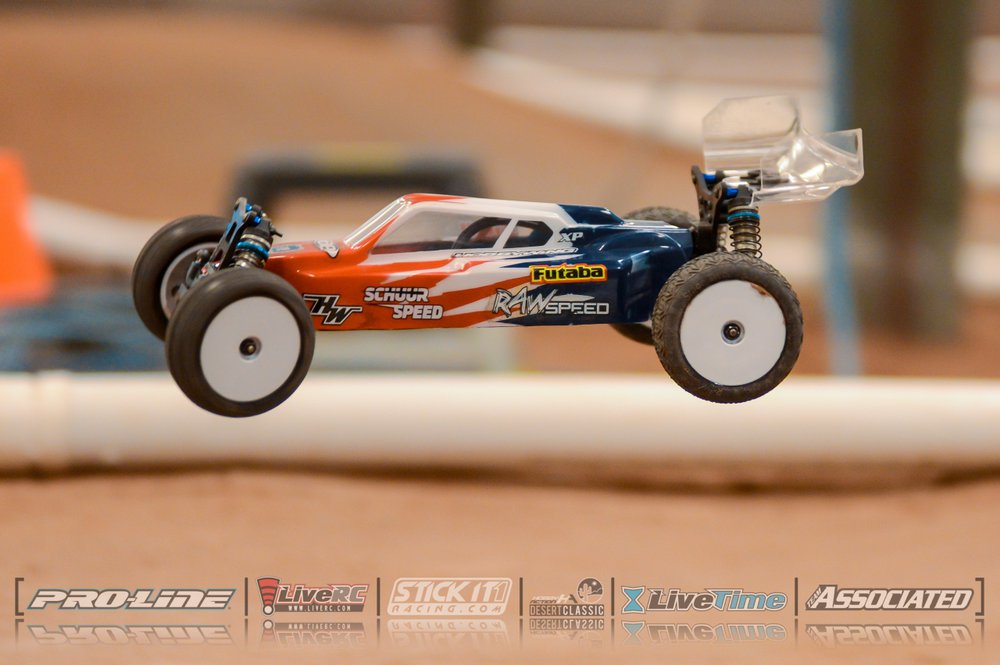 AW: What’s your favorite track? Favorite big event? What different classes have you raced - and which is your favorite?
RD: I would definitely have to say my favorite track is OCRC Raceway, and my favorite big event is the Surf City Classic; not because I did well as far as results, but because the Surf City Classic was my first real big race with all the pros and a weekend-long program. It was just my first big race experience which made it so memorable. I have raced 2WD stock buggy, 2WD modified buggy, 13.5 4WD buggy, 4WD modified buggy, stock stadium truck, modified stadium truck, 1/8-scale E-buggy, and 1/8-scale nitro buggy. My favorite class to race would have to be 2WD modified buggy, mainly because it is the premier class that everyone wants to be successful in, so a solid finish in this class at a big race is a very fulfilling and self-accomplished experience. 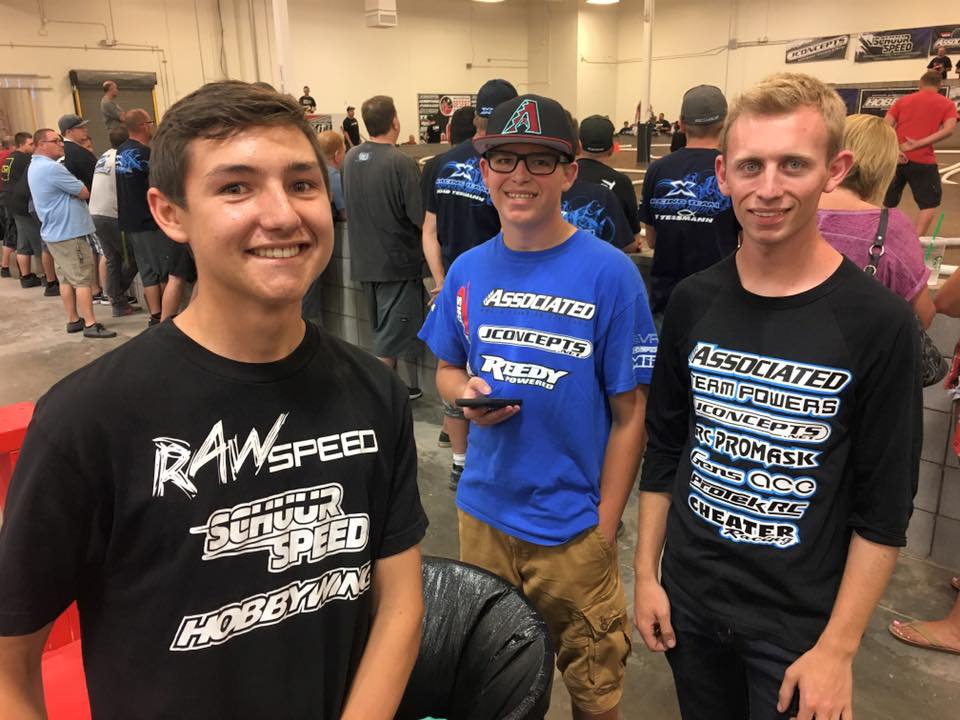 AW: What is your home track? How does the racing scene in your area vary from other places you’ve visited?
RD: I really don’t have a set home track that I go to on a weekly basis. I mainly try to focus my practice time specifically at the track that my next big race is at. For example, the Reedy Race is coming up in January so my dad and I are going to try to practice at OCRC only until the Reedy Race is over, by which time we will move onto the next big race. However, for races that are really far away, I usually alternate between all the popular indoor tracks in the SoCal area which keeps RC fun and enjoyable. The racing scene in SoCal can sometimes be overwhelmingly competitive, which is great, but it sometimes can cause conflicts amongst racers which I don’t see as much in other areas that I have visited.
AW: What are your proudest RC moments?
RD: My proudest RC moments would have to be winning stock buggy at the 2017 Hobby Action Desert Classic, and winning Stock Buggy at the 2017 Team Associated Top Gun Shootout that just passed. Another huge accomplishment of mine is making the Expert Stock Buggy and 13.5 4WD Buggy mains at this year’s JConcepts Stock Nats at OCRC, which attracted an extremely competitive field of accomplished drivers. Hopefully, I can add some podium finishes in the modified class to this list in the coming year. 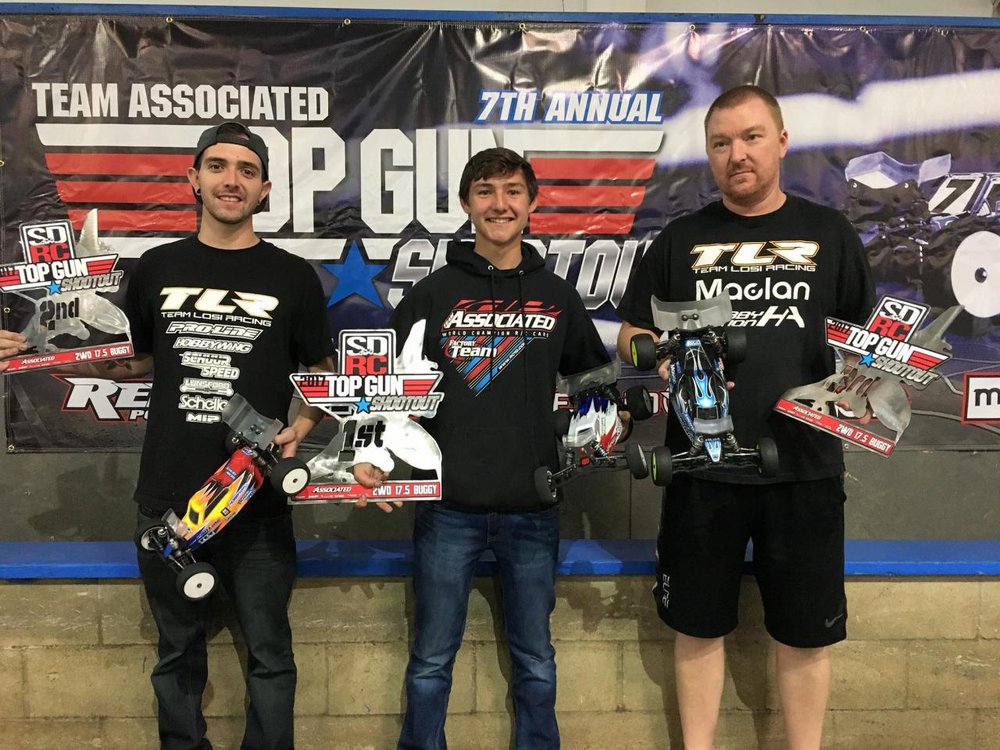 AW: Do you have any goals for your RC career?
RD: For myself as a driver, my overarching goal for all my RC racing efforts is to be the best or as close to the best as possible. Although this may not be realistic, it is a good goal to strive for as a driver, as it will allow me to keep improving and progressing. In addition, some short-term goals I have would be to start making some mains in the modified classes at big races, and to start attending some more out-of-town races.
AW: When you’re not at the racetrack, what are some of your favorite hobbies?
RD: Outside of RC and school I don’t have too much time, but I have started setting aside time to work on my real car — nothing crazy, since it’s my daily driver. My dad and I go to some car shows as well and we are planning on heading out to Willow Springs Raceway to do some real car racing. Other than that, and spending time with family, I don’t have many other hobbies. 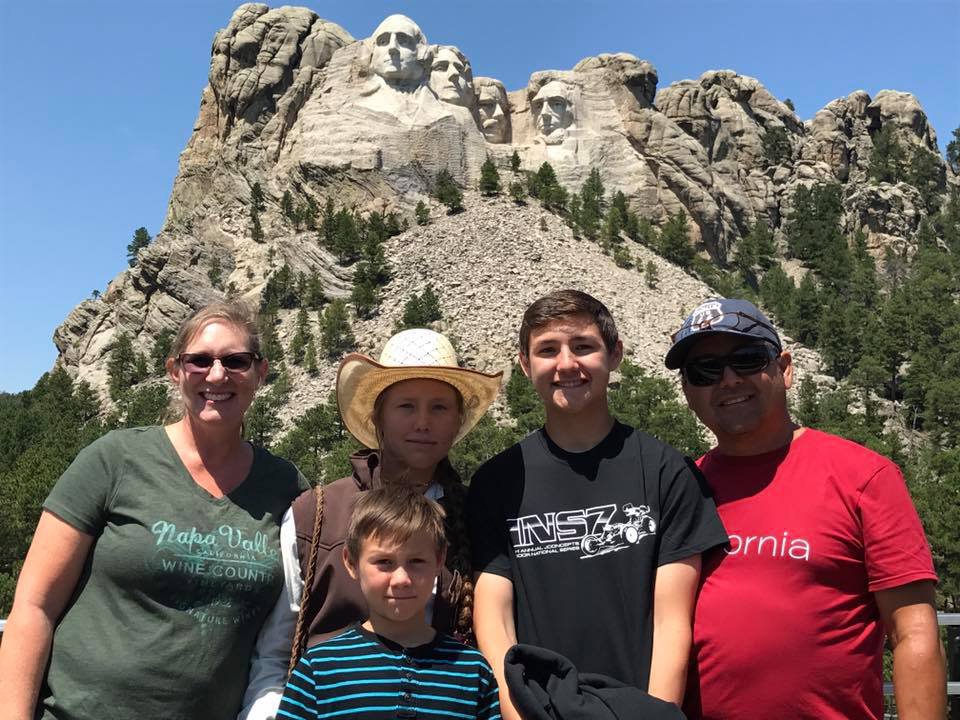 Photo: Patricia DeVoll, via Facebook
AW: What’s the best part of RC racing? What about RC racing annoys or bothers you?
RD: There are lots of great things about RC racing, like the traveling and the friends you make along the way, but in my opinion the best aspect of RC racing is the thrill of winning. It has been said many times before, but winning is addicting! I understand we can’t always win, but every time I go to the track, I make my best effort to win, and I think this goes for a majority of the rest of us. One thing that really bothers me about RC racing is when racers display unsportsmanlike conduct at the track and make others’ time at the track unenjoyable.
AW: Who are some of the people that have helped you the most?
RD: The people that have helped me the most in my time in RC racing are definitely my parents for getting me out to the races and paying for me. Also, Jason Snyder and Greg Hodapp from Raw Speed; I cant tell you how much they helped with tires and racing knowledge in general. Ron Schuur from Schuur Speed and Hobbywing has always been a great help with electronics and motors. Jake Mayo and all the guys from Team Associated have been a huge help in getting my cars up to speed on the track and allowing me to be a part of the team. 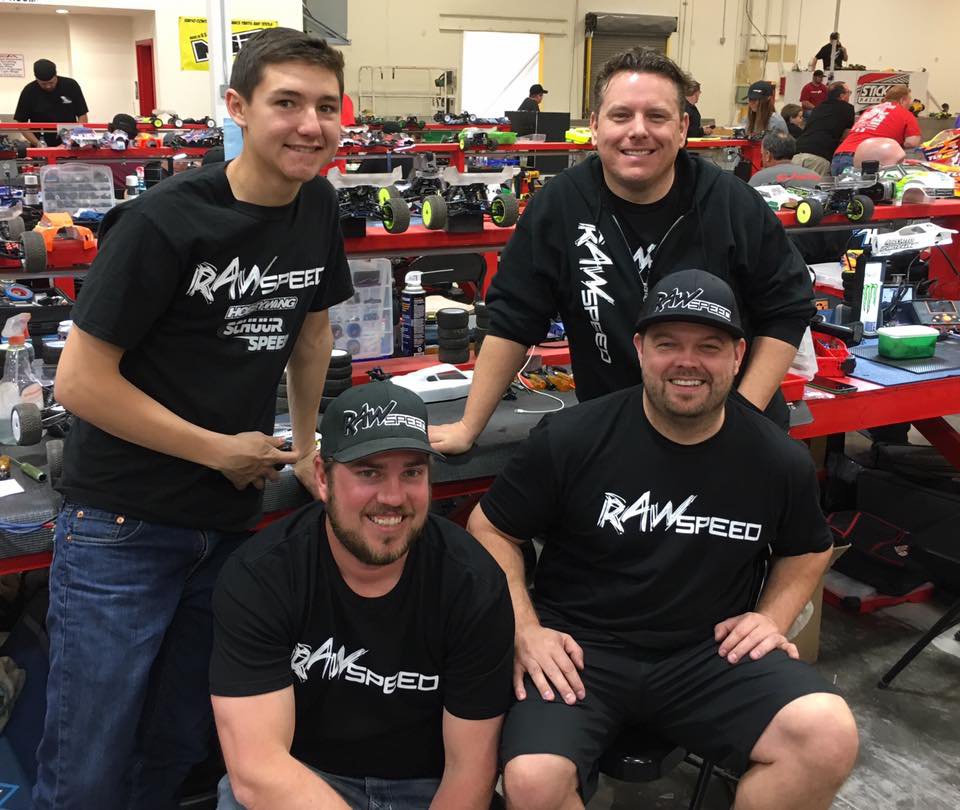 Photo: Jason Snyder, via Facebook
AW: Thanks for the interview! Is there anything else you’d like to add?
RD: I’d like to say thanks to Aaron Waldron at Liverc.com for giving me this opportunity, and I’d also like to say thanks to Raw Speed, Team Associated, Hobbywing, Schuur Speed, StickIt1 Racing, and RC Speed Secrets for all their support, and for allowing me to be a part of their racing teams for the 2018 racing season. 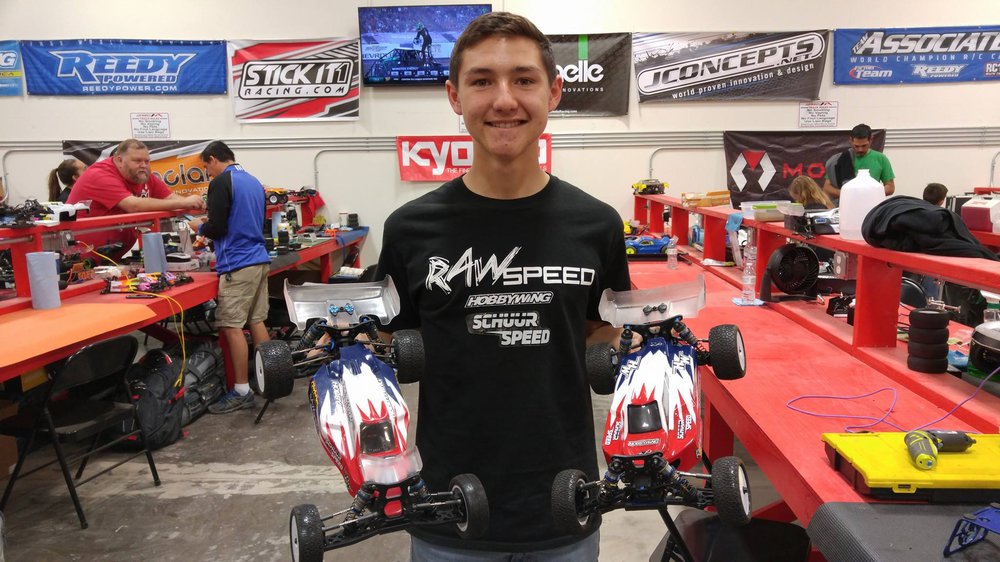