TALK IT UP TUESDAY: Ronda Drake 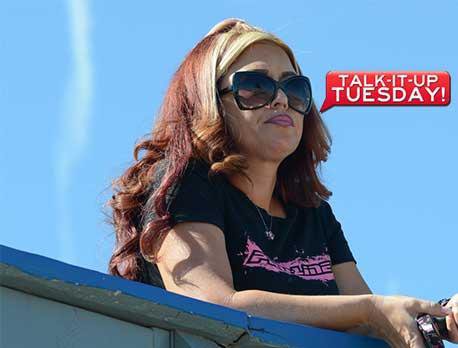 Welcome to LiveRC's weekly column, "Talk-It-Up Tuesday!" Here we spend a little time talking with industry icons including racers, manufacturers, team managers, developers, promoters, and everyone in between! Sit back, relax, and go behind the scenes as we interview them all!
I first met Ronda Drake (then Ronda Skelton) back in 90s, when we were both racing in the Southern California electric off-road scene. She had a few more years of experience than I did, racing at some of the super-competitive facilities in the Riverside/LA area alongside some of the top drivers in the world. She joined the big migration outdoors when nitro racing exploded in popularity in the early 2000s, and not only did her race results catapult her into the national spotlight but it was then that she met a racer who had recently moved from Michigan - and a few years later, I was fortunate enough to watch them get married in front of family, friends and more than a few racers. After seeing the press release last week for the Adam and Ronda Drake signature series “His and Hers” pit mat sets from CowRC, I sent Ronda a Facebook message to learn more about her racing career and share her story with LiveRC’s audience for this week’s Talk It Up Tuesday. 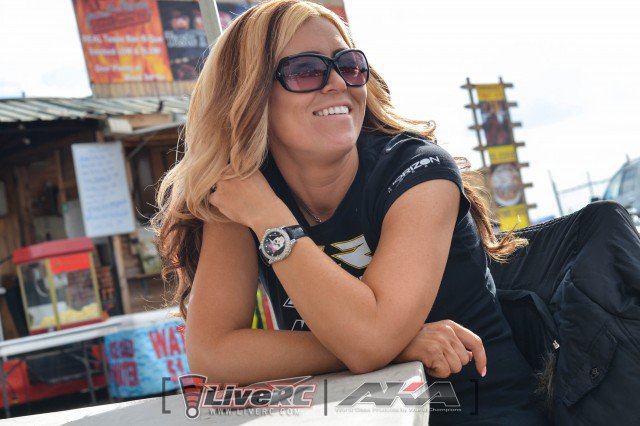 Aaron Waldron: How old are you, and where are you from?
Ronda Drake: I am 40 years old and I’m from Beaumont California.
AW: How did you get into RC, and how long have you been racing?
RD: A family member had several RC cars, and I was really fascinated by them. For Christmas one year, my brother in-law gave me a Kyosho Raider. I started racing in 1990 and I have been racing almost 28 years. 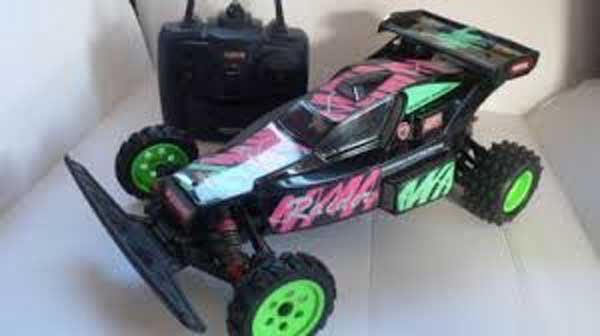 AW: What do you do for work? Does your job make it difficult to attend racing events?
RD: I’m in category management. My job is really flexible as far as my race schedule.
AW: What made you decide to start attending big races and trying to attract sponsors?
RD: I started racing big races for more competition, other than just the local guys at my home track. Back when I started racing almost 28 years ago, sponsorship was different than it is today; only the top guys were sponsored back then. I was so determined to progress in this hobby that I would practice all the time and began traveling all over Southern California, Las Vegas, and parts of Arizona. I had made the podium in several classes one year at the SRS Cactus Classic which created a buzz about me. I was approached by several manufacturers after that race. I was not the first female racer to be sponsored by a major race team, but I was the first to be promoted on such a large, national scale. 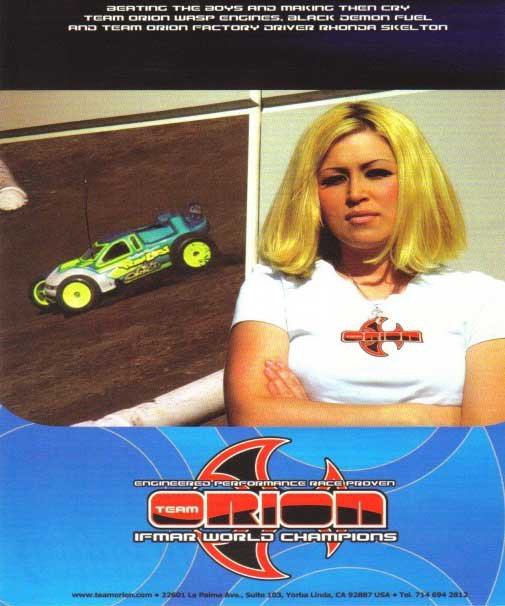 AW: What’s your favorite track? Favorite big event? What different classes have you raced - and which is your favorite?
RD: My favorite track is Dialed In RC Raceway in Victorville, CA. My favorite big event is definitely the Nitro Challenge in Arizona. For the first 10 years, I only raced 1/10-scale electric buggies and trucks. In 2000, I started racing 1/10-scale gas trucks, and 1/8-scale nitro buggies and trucks, and nitro has been my favorite ever since. The classes I have raced include: 1/10-scale 2WD buggy, 1/10-scale stadium truck, 1/10-scale 4WD modified buggy, 1/10-scale short course, 1/10-scale touring car, 1/8-scale nitro buggy, 1/8-scale nitro truck, and 1/8-scale electric buggy.
AW: What is it like being a female racer in a male-dominated industry?
RD: I never walked in to Race Track thinking, “I’m a woman.” I walk in with the same level of competitiveness as everyone else, male or female. I embrace that I am a female but can just as easily switch on that aggressiveness on the track as well. 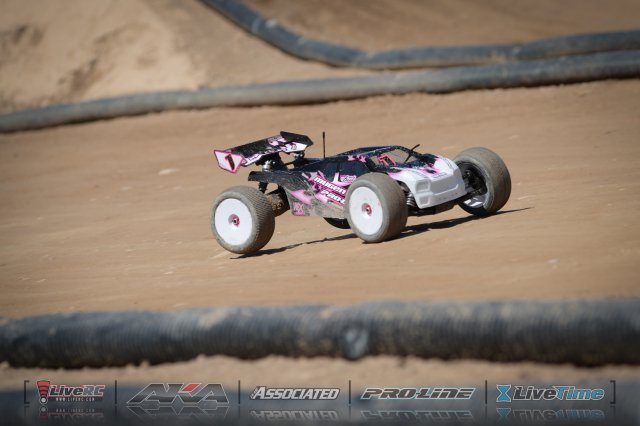 AW: Can you think of any changes to the RC racing scene that could help get more women involved?
RD: I would say that today there are a lot more females that race then when I started 28 years ago. You either want to race or you don’t — that goes for anyone, male or female. We need to get people involved in general. Tracks are disappearing! I wish I had a solution to the problem.
AW: How did you and Adam meet? Did you ever think you’d marry an RC racer?
RD: We met at the track. Never thought I would marry an RC racer but we have been married for 8 years and I love him so much! Best partner to spend the rest of my life with and we share the same Hobby! 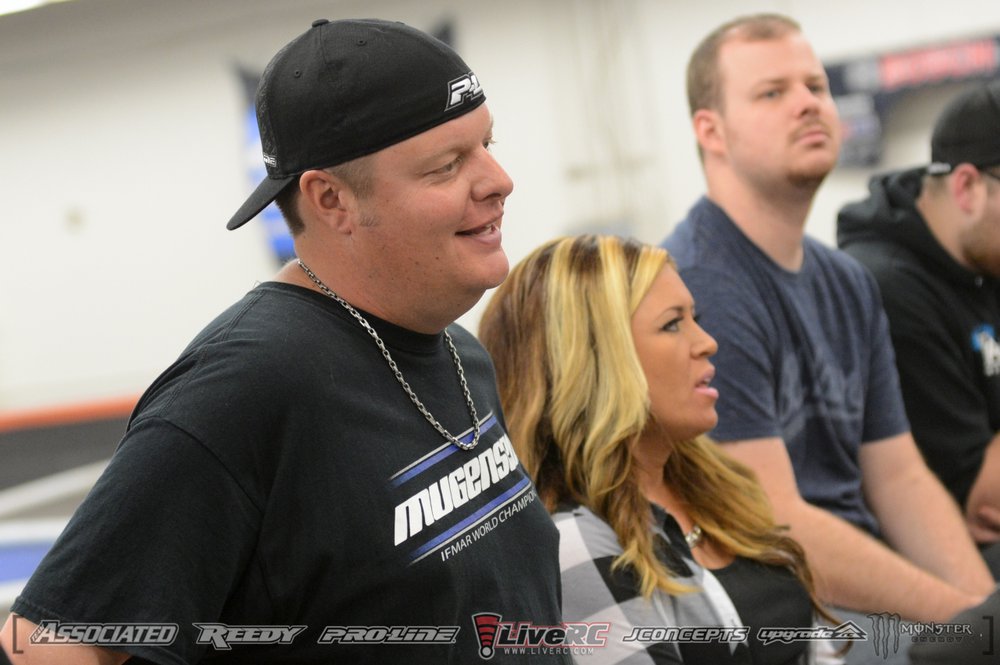 AW: How does the racing scene in your area vary from other places you’ve visited?
RD: SoCal has a really competitive and populated racing scene compared to most places but every area always has that local fast guy. The most fun I had racing was in Italy because they are great bunch of people.
AW: What are your proudest RC moments?
RD: My most memorable moment in racing was at the 2006 ROAR Truck Nats in Vegas. I was 13th qualifier for the 3rd round out of 140 drivers. 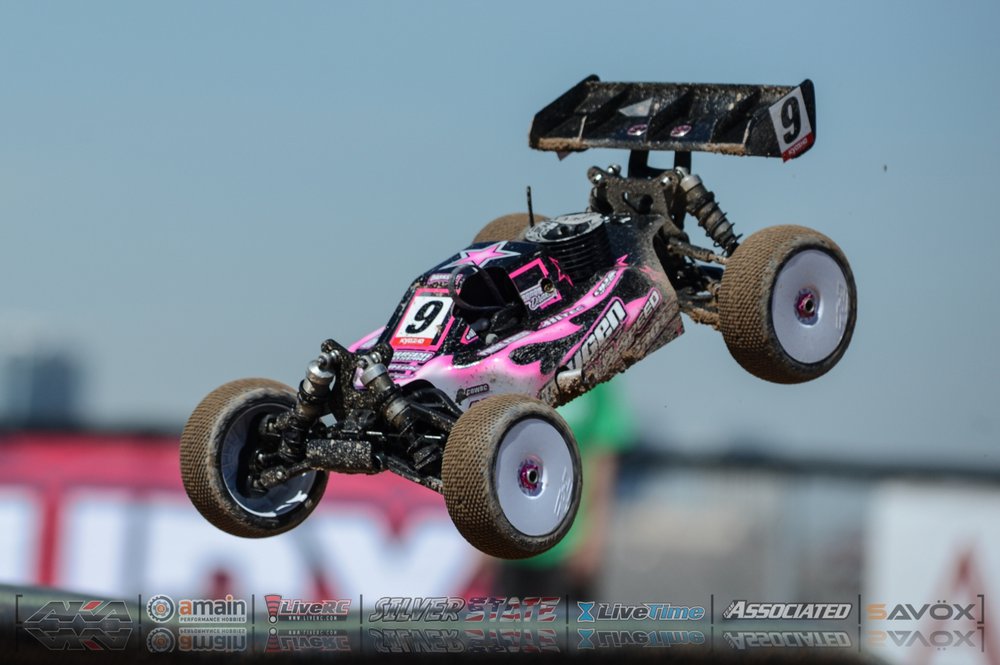 AW: Do you have any goals for your RC career?
RD: I have raced since I was a little girl, and plan on giving it my all with whatever results I end up with. I have achieved so much in all my years of racing. The goal is to do this as long as I can because it’s what I love to do!
AW: When you’re not at the racetrack, what are some of your favorite hobbies?
RD: R/C is my hobby but I do enjoy spending time with my husband, Adam, and relaxing. 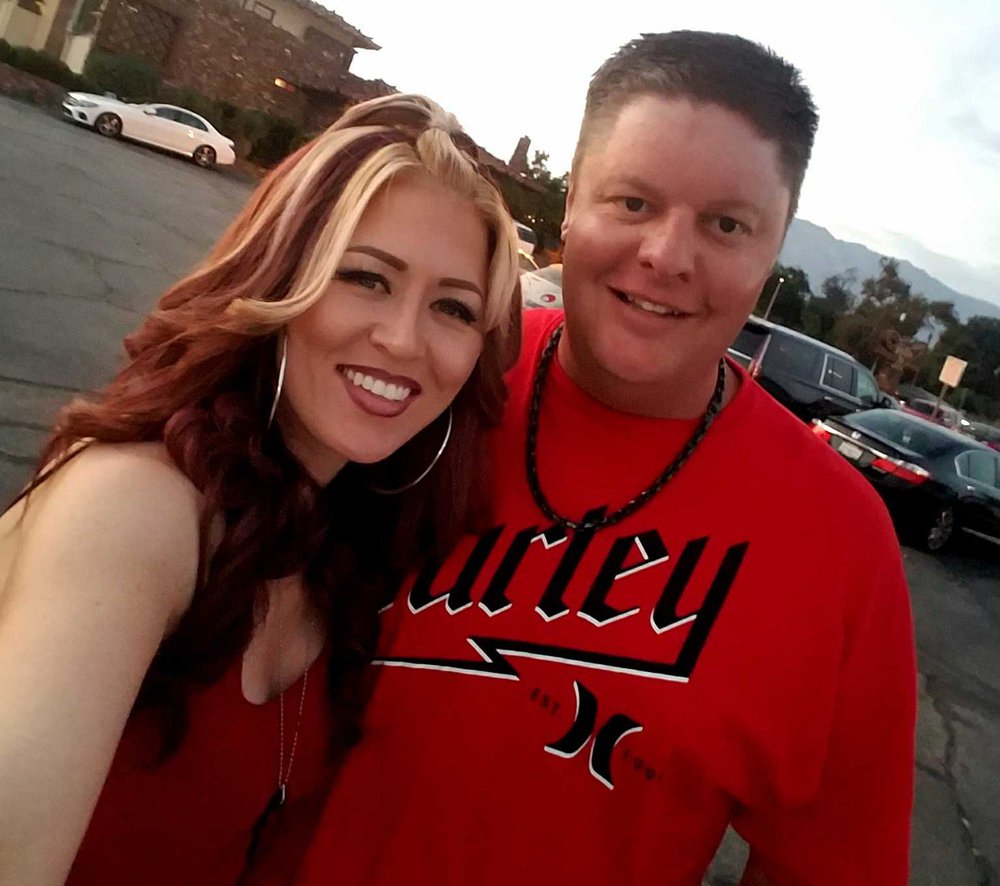 AW: What’s the best part of RC racing? What about RC racing annoys or bothers you?
RD: I enjoy the racing and all the places I have traveled over the years! What bothers me about racing is that racers are too focused on sponsorship and what levels they are with a company. Race a car you like to drive don’t focus on what deal you get!
AW: Who are some of the people that have helped you the most?
RD: When I first started racing my brother-in-law, Doug Shackleford, helped me for six months. Then he could not afford to race anymore, so I had to learn to race and be my own mechanic. Most of the new people to the hobby don’t realize that I raced on my own and had all my sponsors before I met Adam. I raced for Mugen before Adam came on board! Adam has taught me more on the mechanic side of the hobby and has been a great advisor on and off the track! 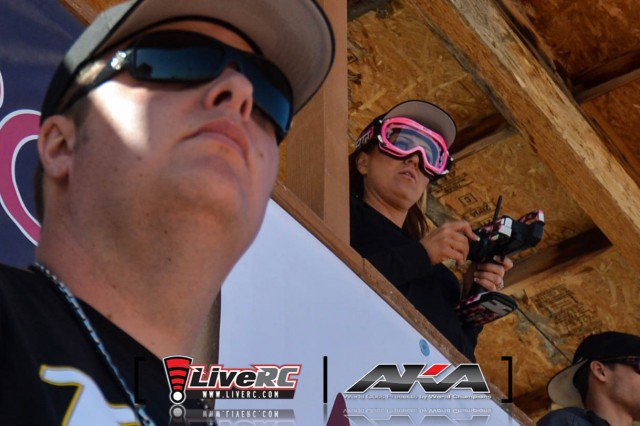 AW: Thank you for the interview! Is there anything else you’d like to add?
RD: I would like to thank all my sponsors: MUGEN SEIKI, PRO-LINE, O.S. ENGINES, HITEC, UPGRADE, FLASH POINT FUEL, TEKIN ELECTRONICS, AVID BEARINGS, DARKSIDE DESIGNS, DERacing.net, TRAKPOWER, PRO-MOTION T-shirts, IB Prostart, and CowRC. 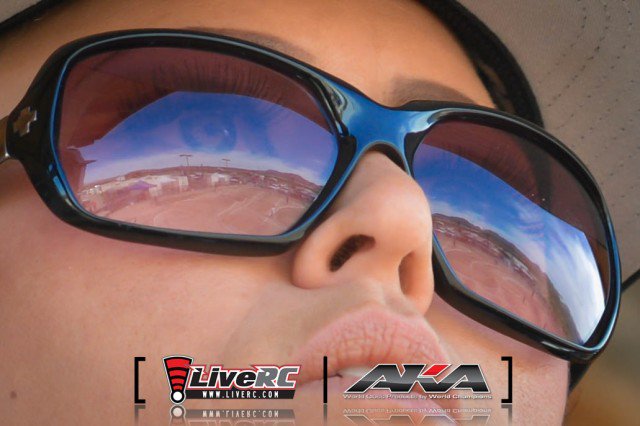 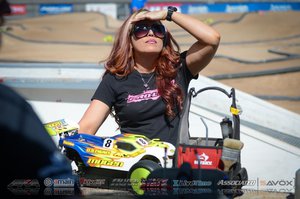 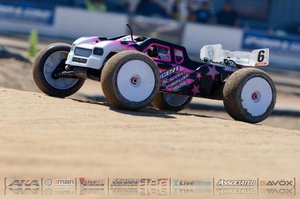 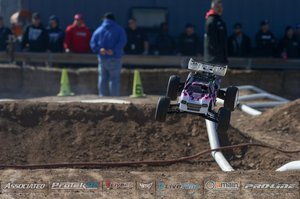 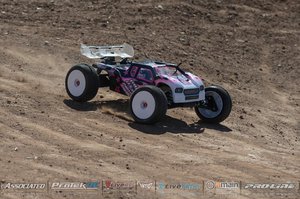 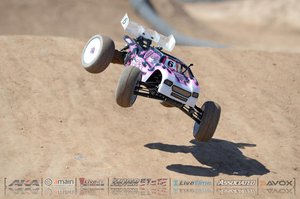 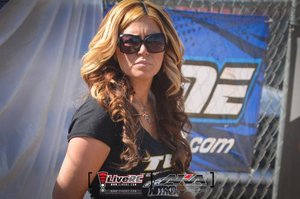 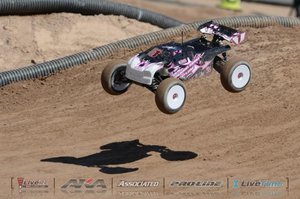 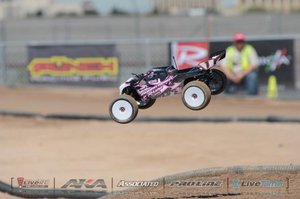 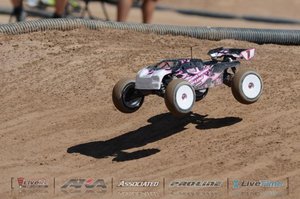 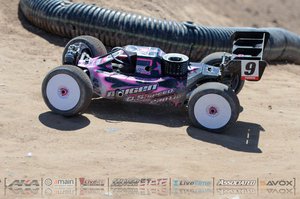 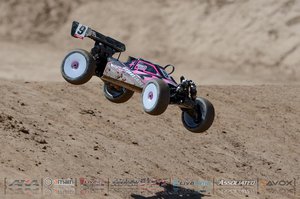 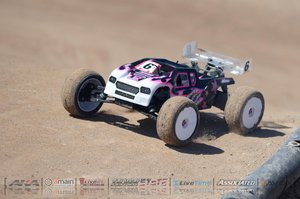 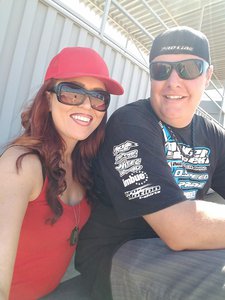 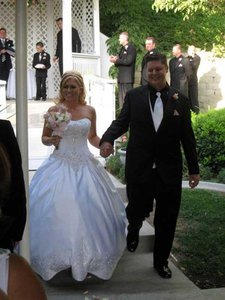 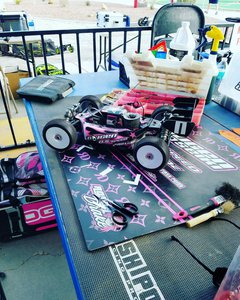 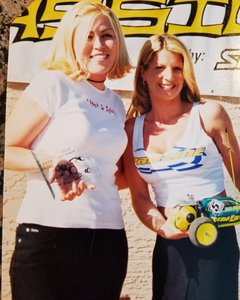 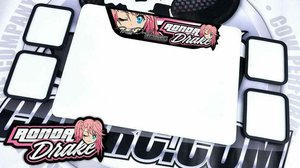 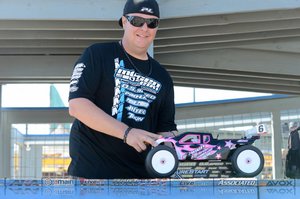 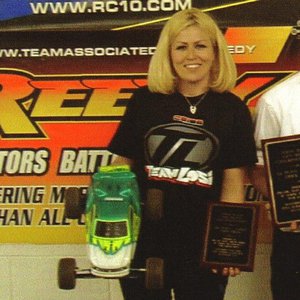