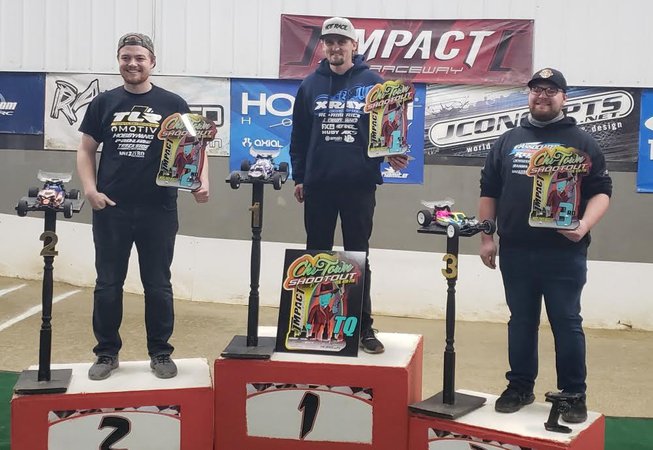 This weekend we headed up to Impact RC Raceway in Morris, Il for the 2021 Chi Town Shootout.

We arrived at the track Thursday morning for practice and we were surprised at how smooth, sticky and shiny the track was.  When we first got on the track there was even more grip than I expected, so we worked at adjusting the cars setup, as the track got broken in and rubber got laid down the grip came down a little bit but was still very high.  By the end of the day I felt confident with the cars and my speed for qualifying on Friday.

They worked on the track surface Thursday night, and the grip was again very high Friday morning, they had a short practice to run the track in so I was able to get on with both cars just to get in the groove before qualifying.

We ran 2 rounds of qualifying on Friday, and throughout the day as we ran on the track the grip faded a little bit just like it had on Thursday.  The first round of qualifying went well and I was able to TQ both classes and I was happy with how my cars were handling.  The grip fell off just a little bit by the second round, but again I was able to TQ both classes.

Saturday they had a short practice in the morning again to run the track in, I was able to try some things on my cars and again was confident heading into the 3rd and 4th qualifiers.  I took the TQ in both mod 2wd and mod 4wd  in round three which would give me the overall TQ in both classes.  We made some changes to the cars for round 4, I felt some of the changes were good and some weren't good, but I was still able to TQ both classes in round 4.  We made some more changes to try Sunday morning in practice.

Sunday morning in practice the grip seemed to be higher than in the previous days, so the changes we did Saturday night worked well. The 2wd A1 was up first, the grip seemed to have increased even more which made it a little bit difficult to drive and I would make a mistake on my own on the last lap, losing 7 seconds which would allow Cole Tollard to take the win by half a second.  4WD A1 was up next, I was able to lead the whole time to take the win but not without pressure from Cole who was in second.

We kept an eye on the track to see if it was changing before the second set of mains was up, it looked like it was staying the same so we made some adjustments to make the cars even better.  2WD A2, my car was better and I was able to lead the whole race and take the win.  4WD A2 was up next, my car was better than in the first main, I would make a mistake and give up the lead for a few laps but was able to make the pass to get back into the lead and take the win, which would give me the overall win in mod 4wd.

In between the second and third A mains, they did a dash for cash race for mod 4wd.  We ran the track backwards and in reverse order, it was 6 laps long and no marshalls were allowed.  I was able to make my way through the pack and into 2nd by the 5th lap and took over the lead on the last lap to take the win.

2wd A3 was up next, and we had made a couple more small adjustments to my car.  The start of the main I would make a mistake and fall back to second place, I would end up back in the lead but shortly after would have some trouble and got shuffled back in the pack.  I would make it back up to second and on the very last lap I would get by second place to take the win and this would give me the overall win in 2wd.

Congratulations to Jake Blood for winning the 17.5 short course class, Paul Ciccarello taking the win in 40+ 2wd, and Luke Grebner for winning the novice class with his XB4.

I want to thank Jason White (J-dub) and his whole crew at the track for the awesome job they did this weekend.  The hospitality was amazing, the facility is top notch, this is definitely a race I would recommend.  Also thanks to Paul Ciccarello for driving us around this weekend.

I want to thank my sponsors for allowing me to do what I love to do and giving me the best products to do it with Xray, RC America, Hobbywing, FX Engines, Hot Race Tires, MKS, A Main Hobbies, HUDY, VP fuels, Protek Rc, EZ Customs, Stickit1, Lunsford, Avid rc and 110% Racing.

Thanks to my family for all their support, help and the sacrifices they have made throughout my career and most importantly I would like to thank by Lord and Saviour Jesus Christ, without him I would not be where I am. 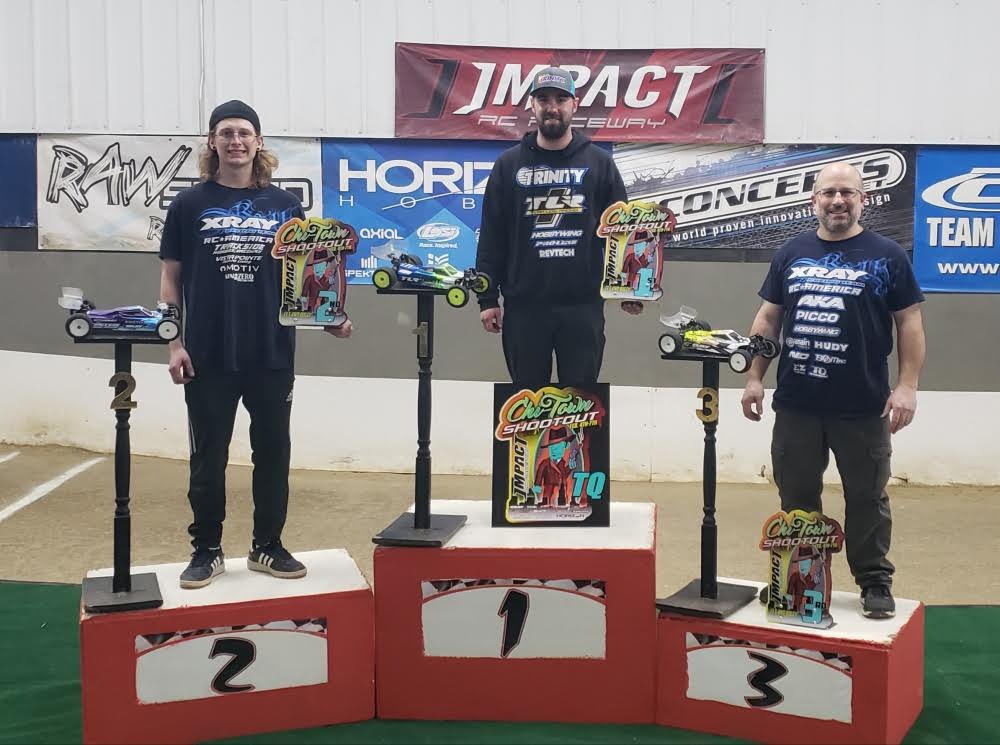 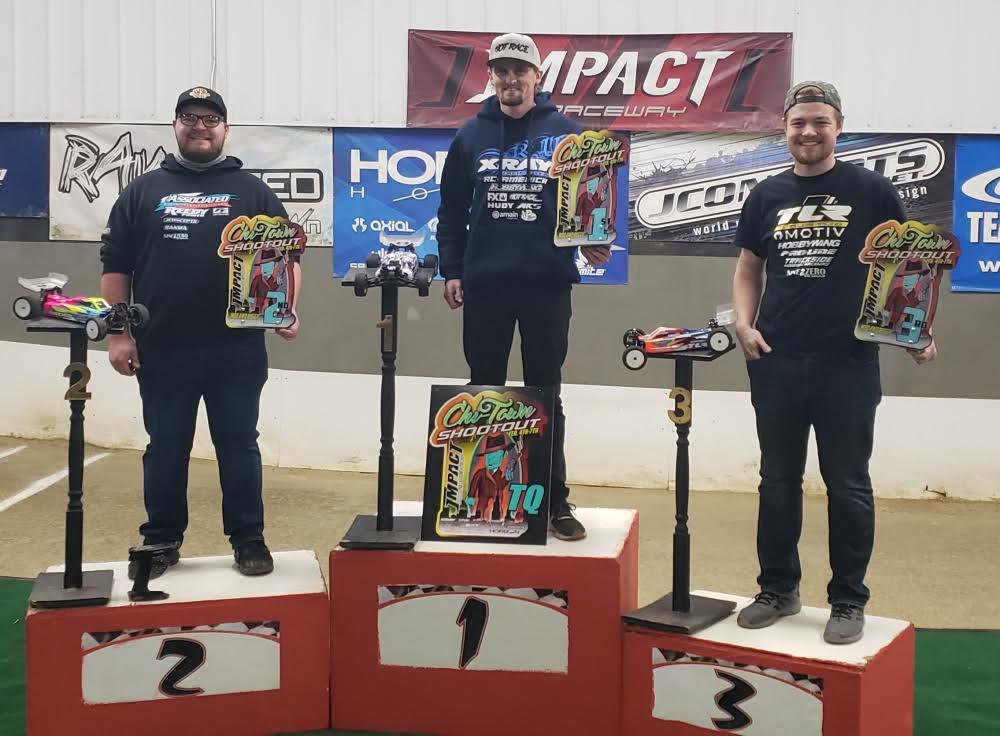 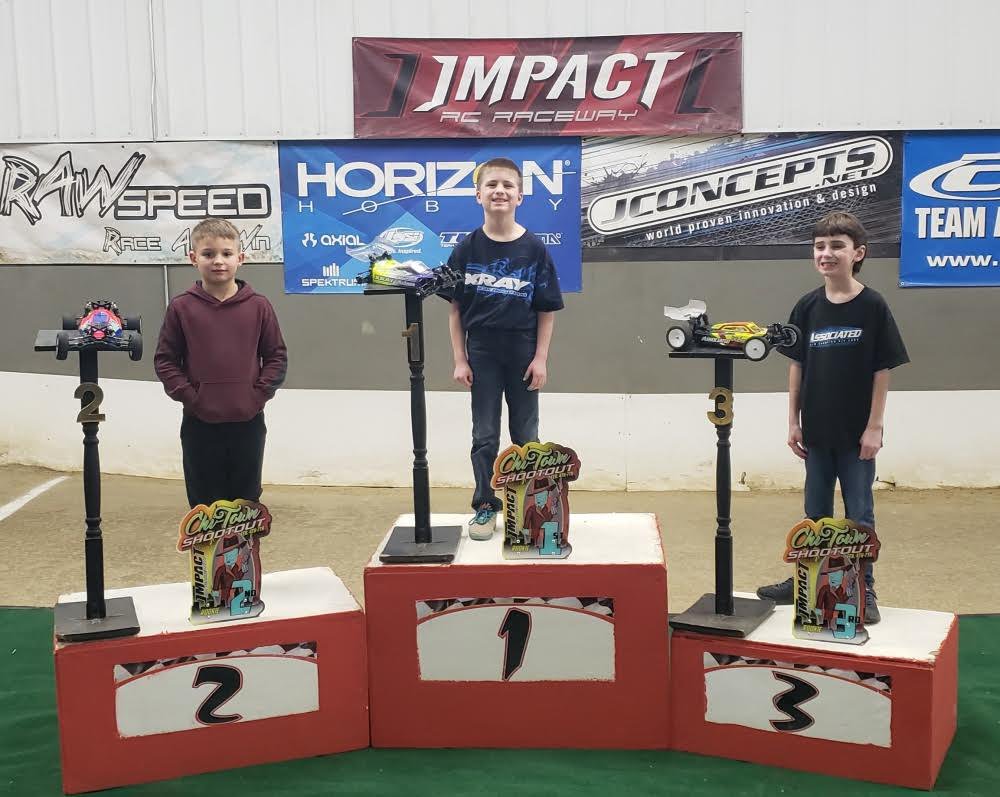