The Unprofessionals: Proud Member of the Next Generation 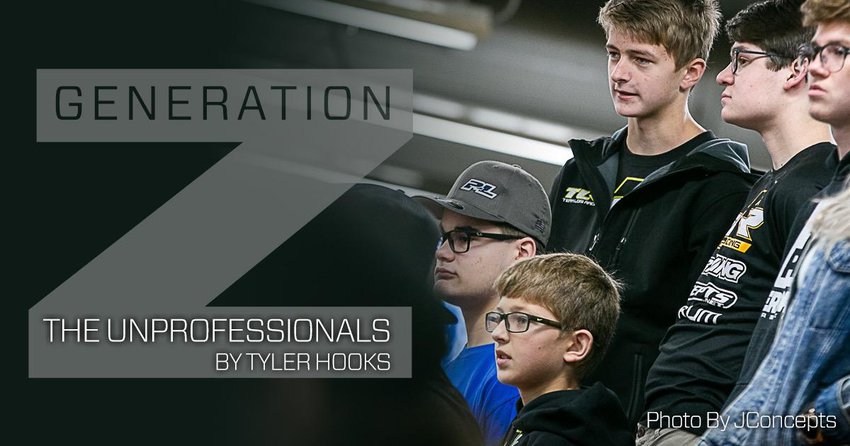 At 22, most people my age try really hard to seperate themselves from the label generation Z, but at the end of the day we are the elders of that generation and as much as we may want to get away from that we can't.

As one of those said "elders", which is such a strange thing for someone who is only 22, guys like myself, Tommy Hinz, Jake Mayo etc. kind of became those who the younger guys come to for questions about racing, life, school, girls and just about everything else whether we like it or not. It's a generational thing, those younger guys should they still be in the hobby, will do the same for the generation that follows them. None of us really asked for it, it just happens.

I try my best to answer all those questions and to help lead these kids in the best possible direction which usually ends in me telling them to finish school, go to college or trade school, and have something to do other than R/C racing because even if they are lucky enough to get paid to race, it doesn't last for very long.

Enough of that though, just a bit of a preface about why these two specific moments in time Sunday were so interesting to me. I'm pretty sure the oldest guys in the Open A mains were Blake Champlin and Jackson Brunson who are both younger than me and I think that might be a record, so congratulations to all the A finalists. These guys battled their hearts out, some of them for 40 minutes others for 20 and ultimately only 2 guys were able to win while 98 of us were losers. 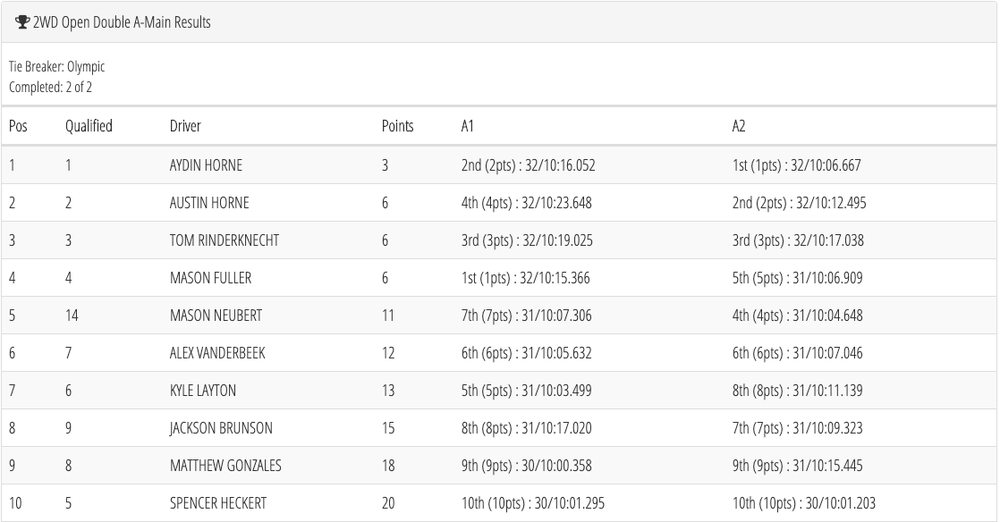 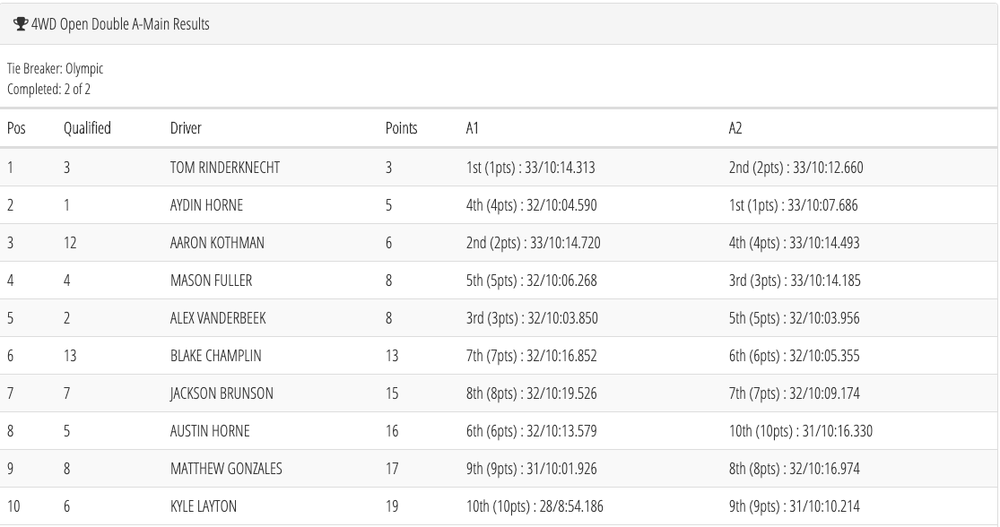 Following these high pressure races emotions tend to fly and people often say things they don't mean, but Sunday was different. Tom Rinderknecht and Aydin Horne were the winners and everyone else went home disappointed, but for the minute or two that followed each of the A2 mains, everyone and I mean everyone on the stand took a moment to be excited and show some respect to the winners. While moms and dads had mixed feelings of frustrations for their kids, and the rest of us in the building were frustrated about our lackluster results, those young individuals put everything to the side and were just simply excited for their buddies knowing all the hard work everyone put in and how much it meant to them. 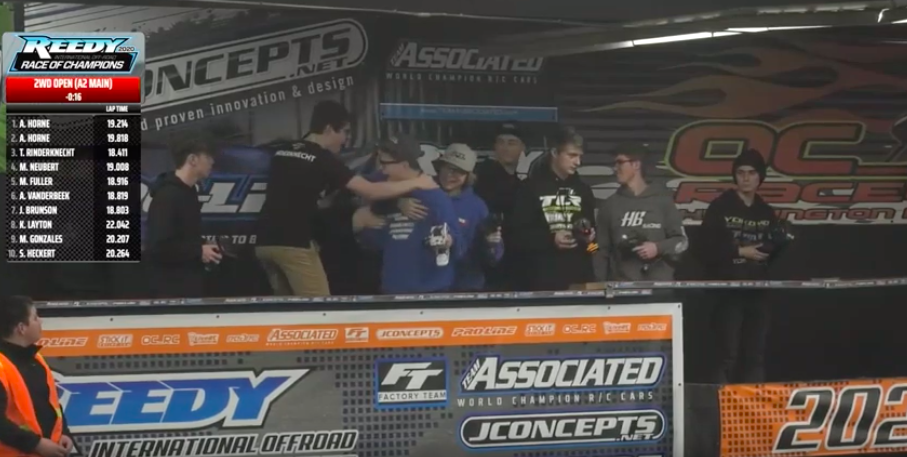 You can say what you will about Generation Z, and I'm sure people will, but I learned a lot about respect from those young gentlemen on Sunday and I'm proud to call them friends. Good work boys, see you at the next one!