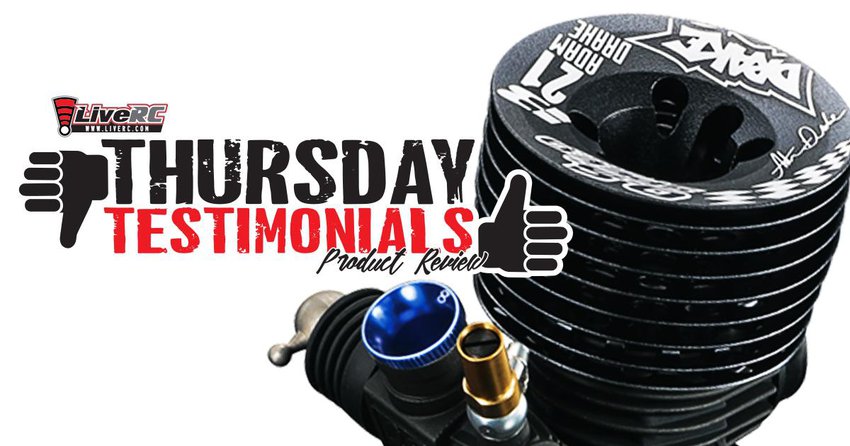 Those of you who know me personally know that I have spent quite a bit of time with OS Engines. My dad and I race primarily 1/8-scale and have become pretty proficient with the engines. I pretty much exclusively run the Spec II engines, I have tried the B2102, the Spec 3 and even the B2101 but I always revert back to the Spec II for ease of use and drivability in buggy. With that introduction you guys have to understand that I was extremely skeptical about this new engine, designed by Adam Drake or not. 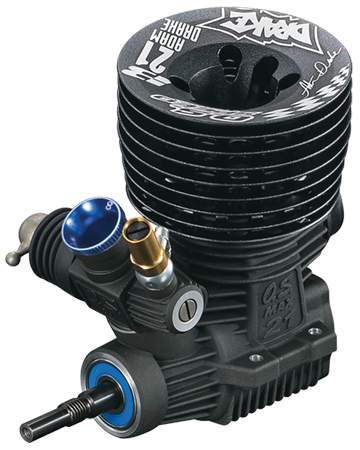 The B21 AD gets its origins primarily from the 2101 engine, but unlike other special edition OS engines that you can buy right now it has considerable changes. It boasts 2 tungsten counterweights on the crank instead of 1. It also has new cylinder porting and has moved away from the new carb designs and back to the tried and true 21J carb. 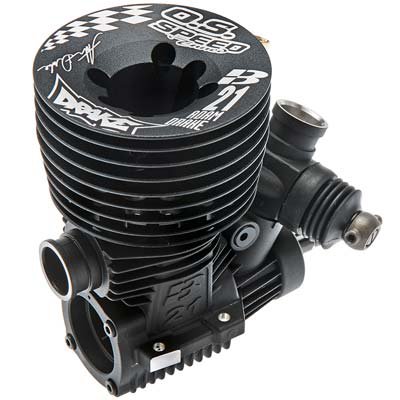 The engine was broken in using an EBIS system by my buddy Ethan Lefebvre, and after two idle tanks and two light tanks on the track we let her rip. I used to be able to boast some pretty insane run-times in my past, but due to switching cars and driving styles I am lucky to get 7:30 lately. With the AD engine I consistently was getting just over 9 minutes on a tank. The most impressive two things though were how usable the mid-speed pull was and how consistent and quick the engine would drop to idle in the corners on the track. I believe that considering the temperature down here being in between 50-70 degrees for most of the winter I could probably add a head-shim and get a little more runtime, but otherwise the motor was perfect and idled away after the 45 minute main I ran on Sunday. 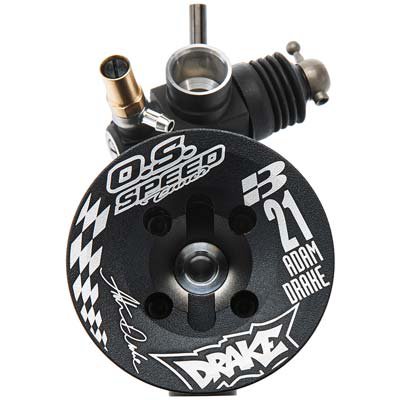 This engine will actually be staying in my car and I can't really give much higher praise than that. If it didn't perform how I would like I would pull it, but you will likely see it in my car for quite a while. If you guys have any questions about the engine or how we tested feel free to reach out to thooks@teknorc.com and if you have any further questions hit up Adam Drake on Facebook. 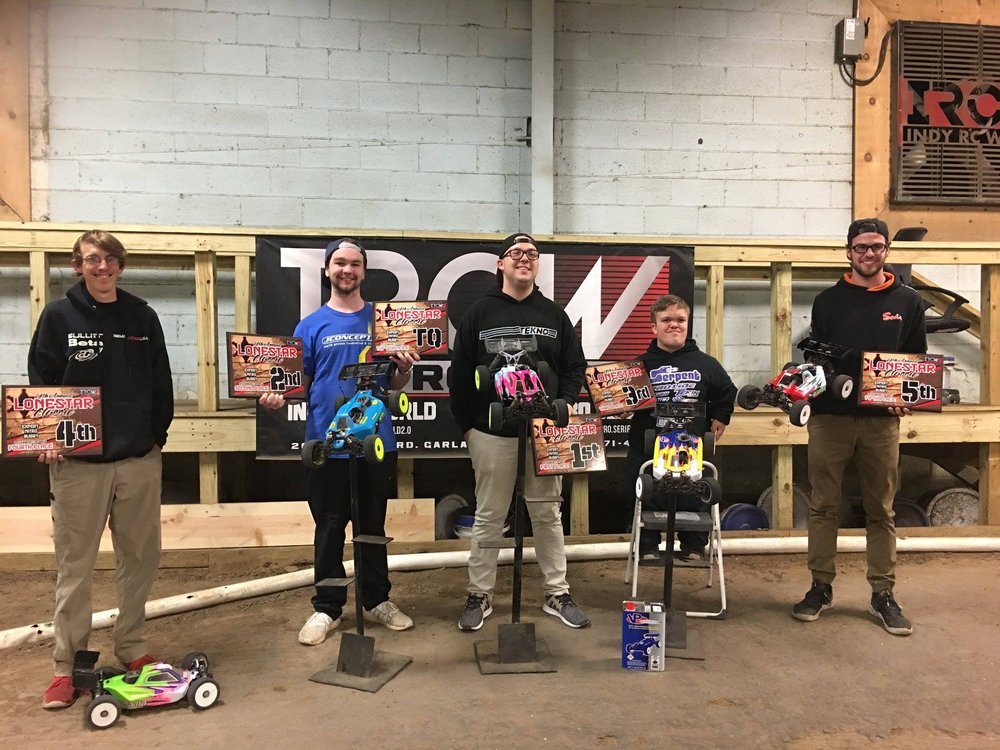