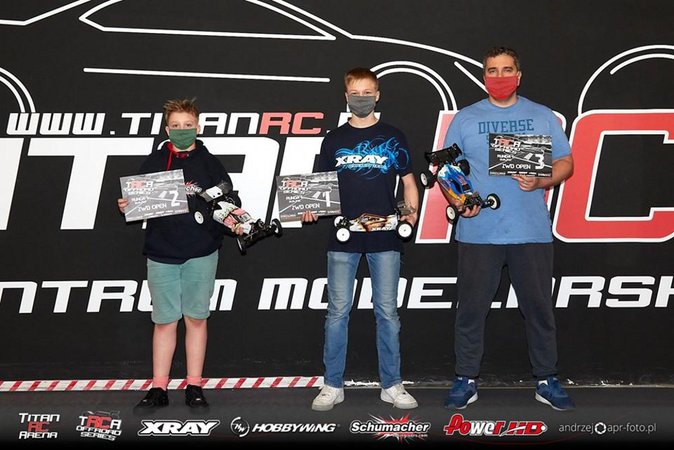 Last weekend took place first round of TRCA offroad series at the beautiful Titan RC Arena. Object is held to Warsaw Poland. The event saw the running of Modified and Stock Buggy classes as well as Truck Pro and mini classes.  2wd modified was cleary dominated by young Xray driver Bartek Kramza followed by his brother Jeremi in 2nd. A1 and A2 then again went in Bartek’s favour as he brought home the win in both legs to take the overall from Jeremiasz in 2nd. Marcin Czech (Schumacher) came in 3rd to round out the podium.

In 4wd mod class was same situation for Bartek who took TQ and win. This time Jeremiasz Kramza had fight with Bartek Gogacz(Xray) for 2nd place after very exciting mains, Jeremi hold his 2nd position, followed by Bartek Gogacz.

Truck Pro class wasn't as easy as others for Bartek Qualys were full of fight with his dad Artur but that Bartek grabbed third TQ. Mains were also really exciting. A1 came to Bartek A2 to Artur, A3 won Bartek and took home overall win. 3rd place took Małgosia Czech. 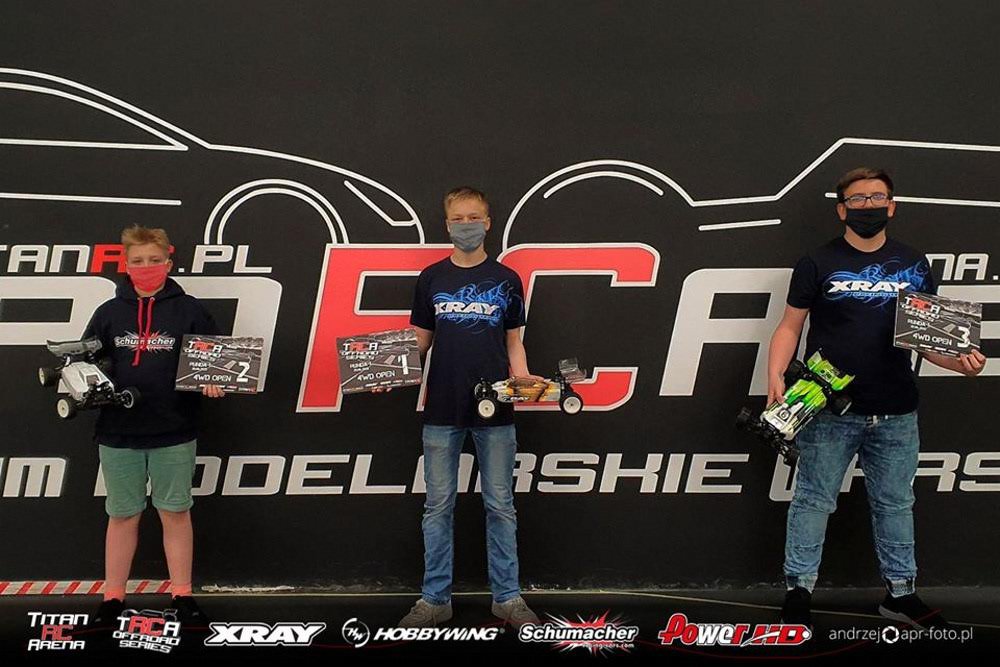 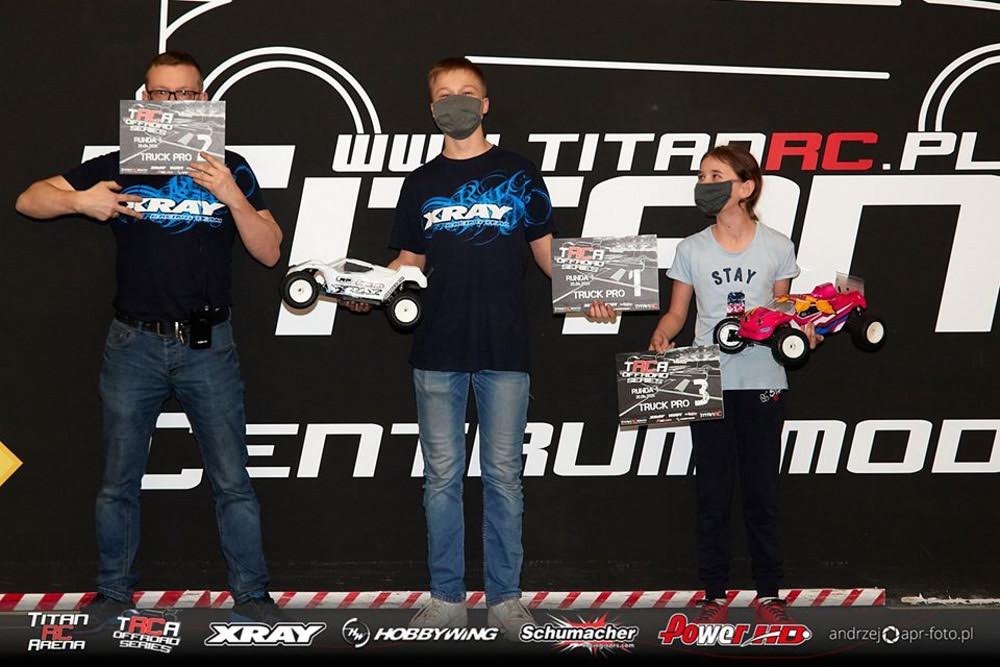