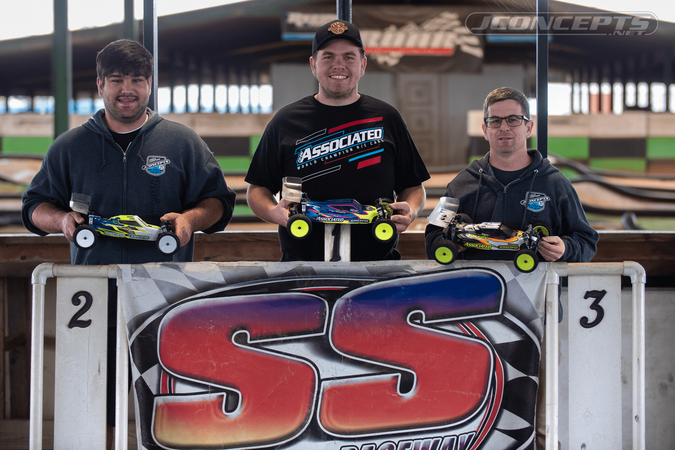 This past weekend the JConcepts Team attended their local Super Cup Championship Series! It was the 3rd race of the fall series so we headed over to SS Hobbies & Raceway in Tampa, FL to compete! You’ve seen us at this track several times this year between the JConcepts Spring INS race to the ROAR E-Nationals, so you know how great this track is!

The track was re-surfaced and painted right before this event. One of the signature features of SS Raceway is the artwork on the front straightaway. Something new to this event was the painted in-field where they chose to go with Super Cup Green. The track is sugared and high grip, so full tread Silver Ellipses tend to be the go-to lately.  Friday, we experienced a torrential downpour and while the track is covered it still can impact the track surface. Luckily, it was only practice, and come Saturday the chilled weather was still prominent but the rain had dissipated.

For this event, there was practice all day on Friday and a little bit more Saturday morning. On Saturday, there were 2 rounds of qualifying followed by single mains!

Lee Setser started first on the grid with Julien Oliveras right behind him in 2nd. These two were close in the beginning and Setser had some fast laps. A mistake on lap 7 caused Setser to fall back into 2nd and Oliveras took over the lead. Oliveras was able to stay consistent and fast out in front which ultimately led him to the win! The hot lap of the race was set by Lee Setser with a 16.5 second lap.

The 2wd Modified Buggy Class was a straightforward race out of the gate. Everyone finished right where they qualified and managed to keep it consistent and quick! That being said, there were moments where Setser and Oliveras were close together battling it out for a bit. Setser was the only driver to finish with a sub-18-second hot lap.

All of this being said it was a great weekend for the JConcepts Team taking 6 wins and 11 podium spots! A special shoutout to Deric Llano and Carter Gonzales (who are privateer racers running JConcepts) on their wins for the weekend! A big thank you to Dave Duncan and his crew for running a smooth event along with SS Hobbies & Raceway for providing an awesome track! We look forward to attending the final race of the fall series which will take place at Coral Springs on December 4th! 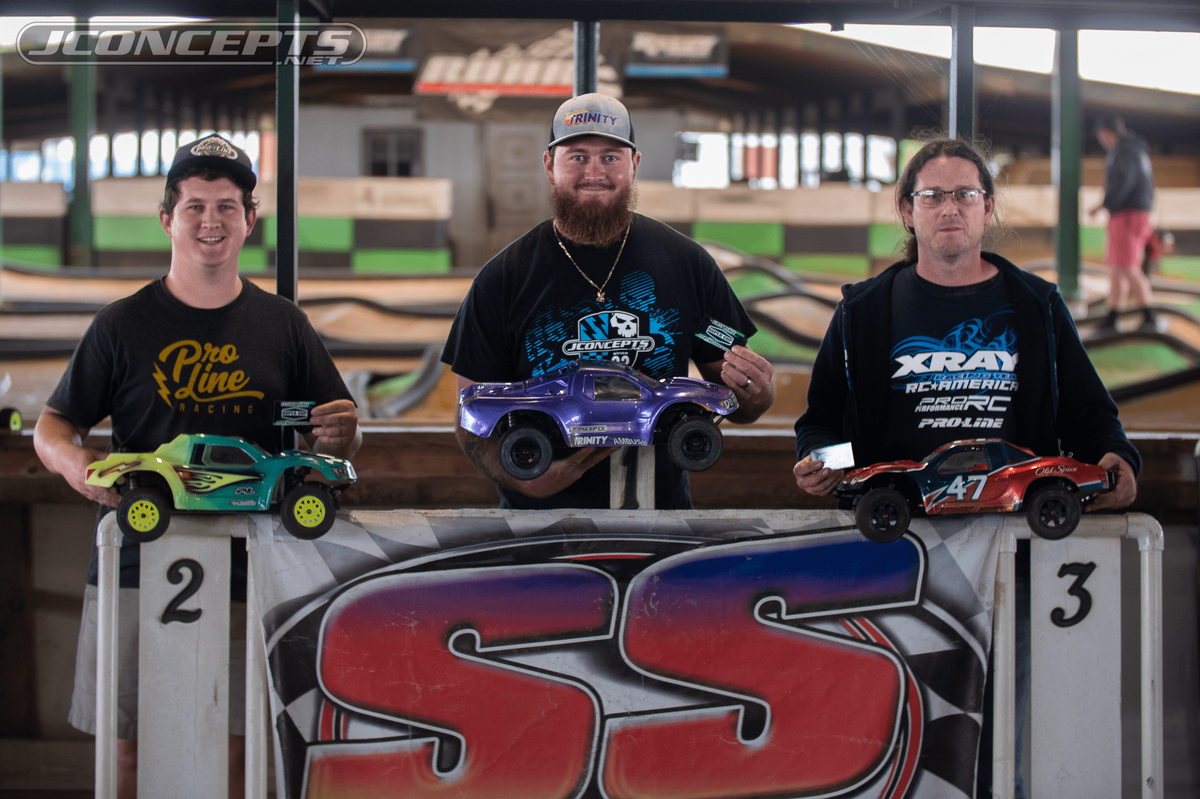 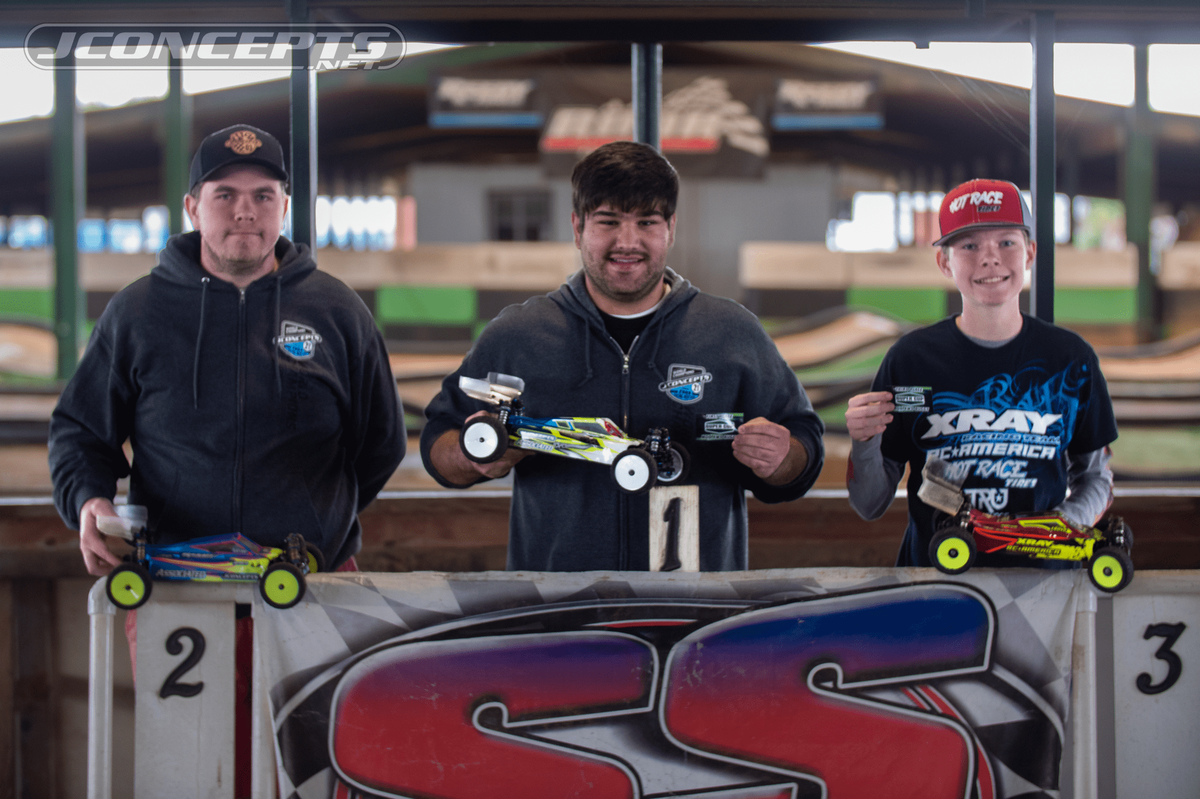 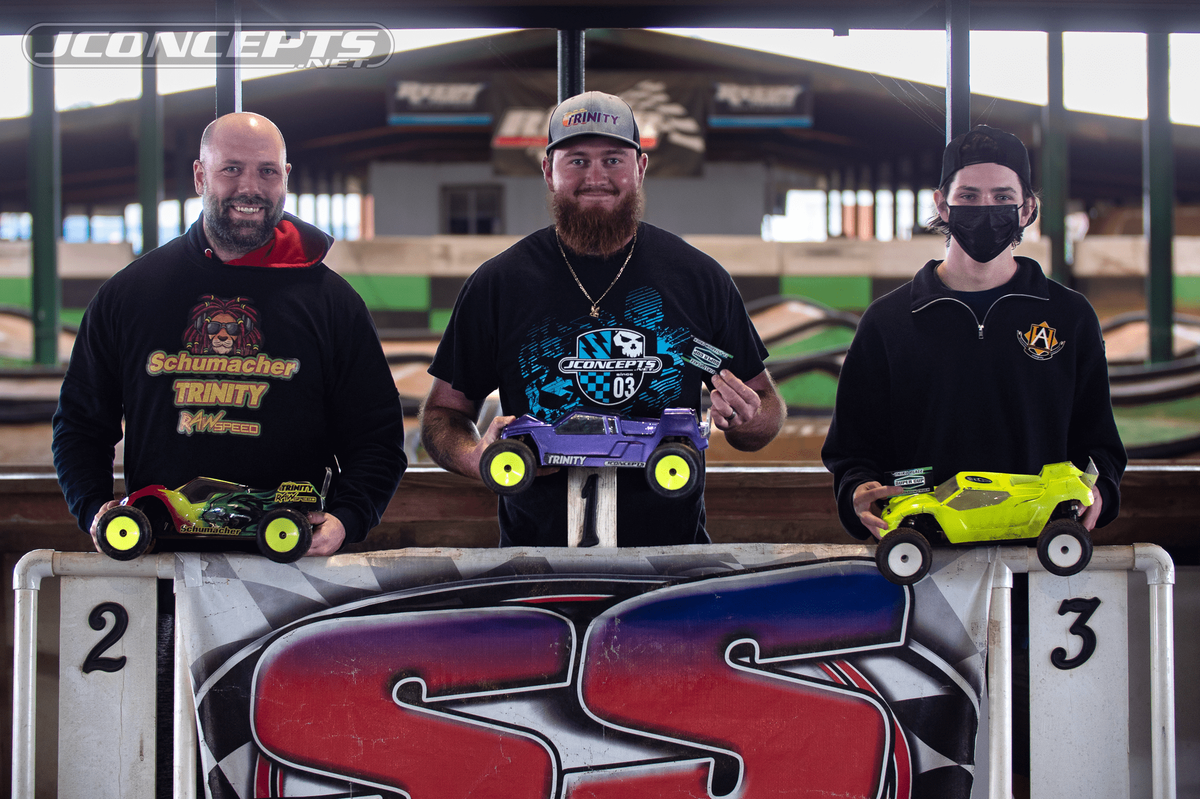 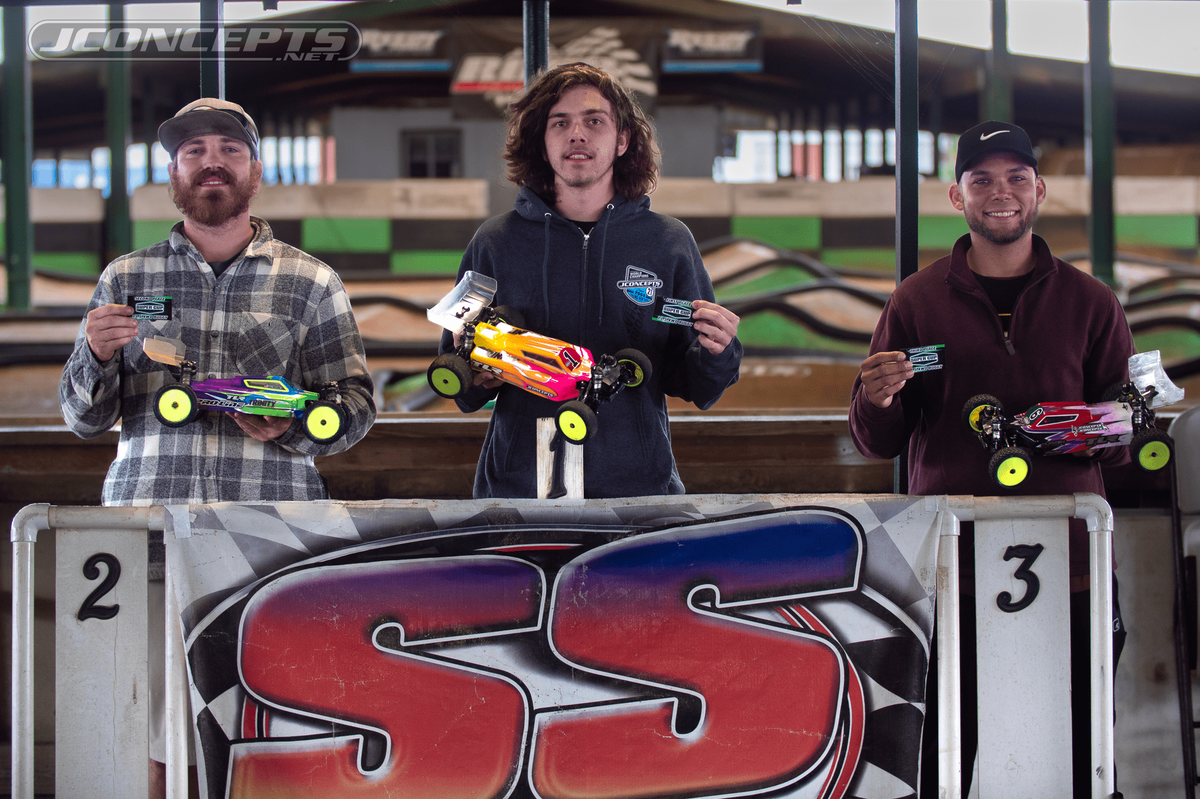 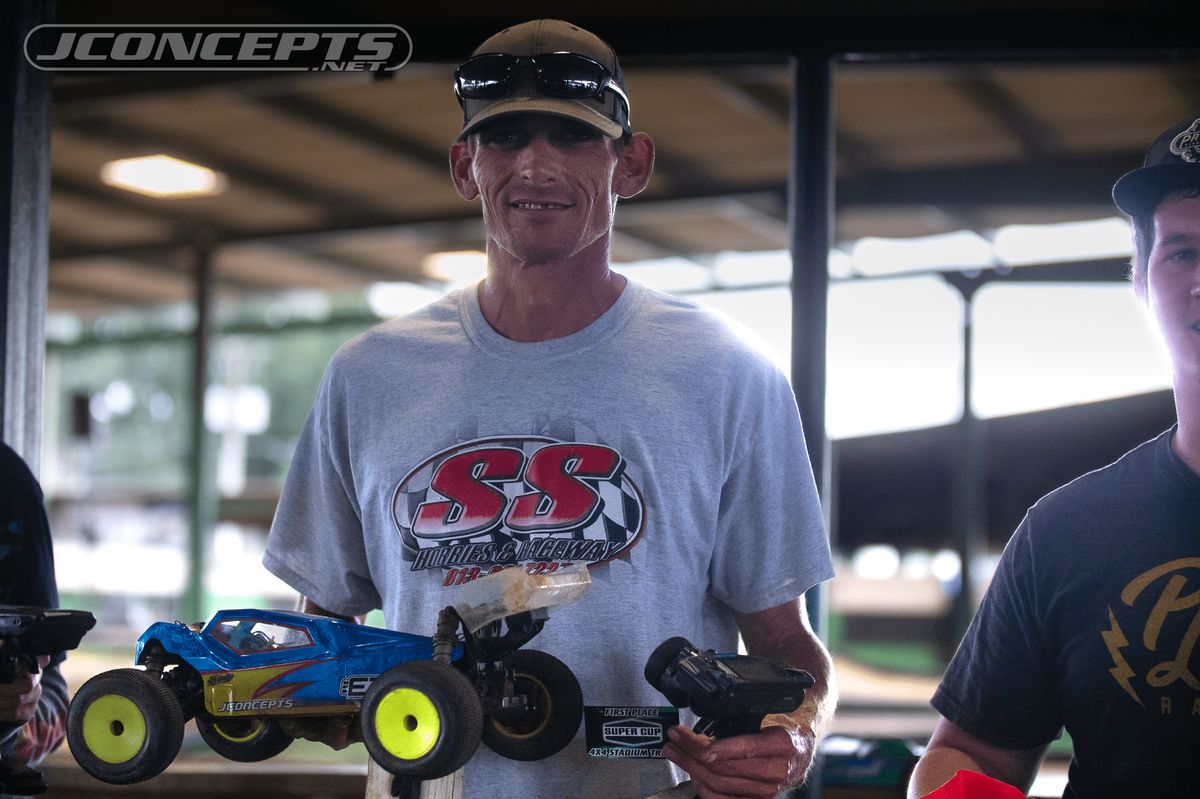 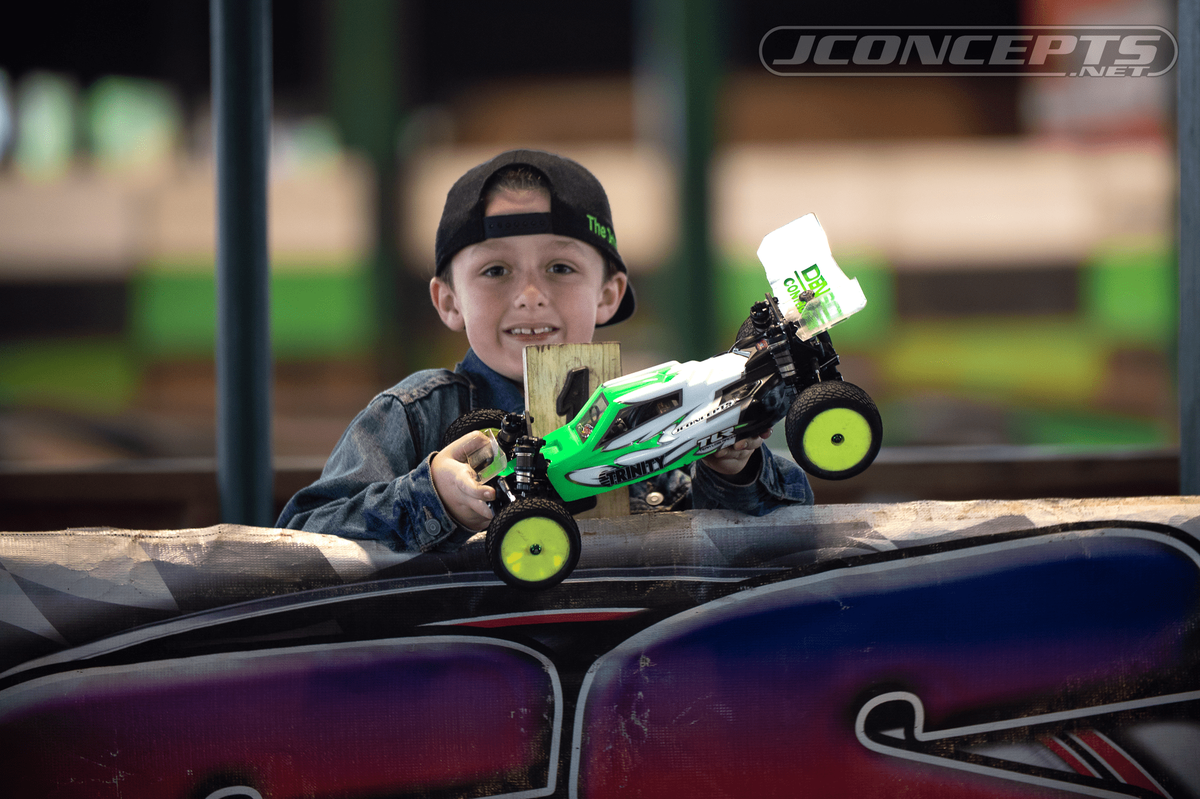