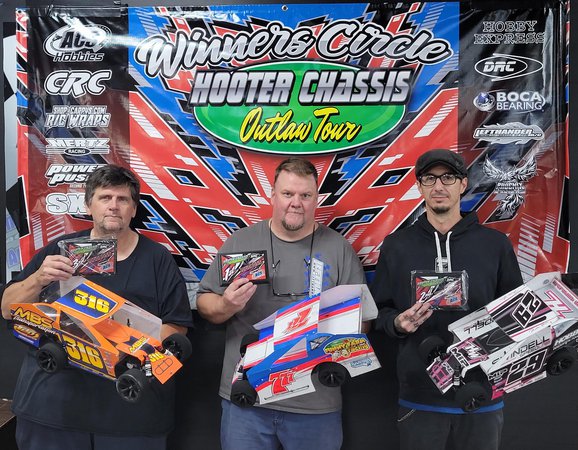 The first points race of the season was at Austintown Hobby and Raceway in Austintown Ohio.  John Lindquist took the lead and never looked back in the Mertz Racing 17.5 Tour Car class after Frank Mertz bobbled coming out of turn four on lap 6, Mertz chased Lindquist for 57 more laps but finished second by 1.77 seconds at the end.   Frank Mertz ran away with the 125 lap Power Push Batteries 21.5 Tour Truck class after the Decker brothers tangled in turn four, Mertz won by a 4  lap margin over Ron Mick.  George Fetsko grabbed  the win in ACS Pro Hobby Shop Mudboss class over Shawn Miller and Dale Steele, Dale Rodgers won the Phoenix RC Racing Club Legends class, CJ Ames won the Hobby Express Break Out class after hounding early lead Fetsko who broke out at the midpoint of the race, CJ turned constant laps throughout the race that earned him the win. Lindquist won again in the Carpy’s RC Wraps SK Lite class holding off a charging Rich Decker who finished a second behind the winner.

In addition to the class sponsors listed the tour is support by these great companies: Boca Bearings, DRC, Lefthander RC and SXT Traction Compounds.

The next HCOT event will be November 13 at TR Speedway.  TR Speedway is a carpet track in Southwestern Pennsylvania, the track host club races for oval, on road and carpet off road, year round. The Hooters Chassis Outlaw Tour rules and schedule can be found on Facebook. 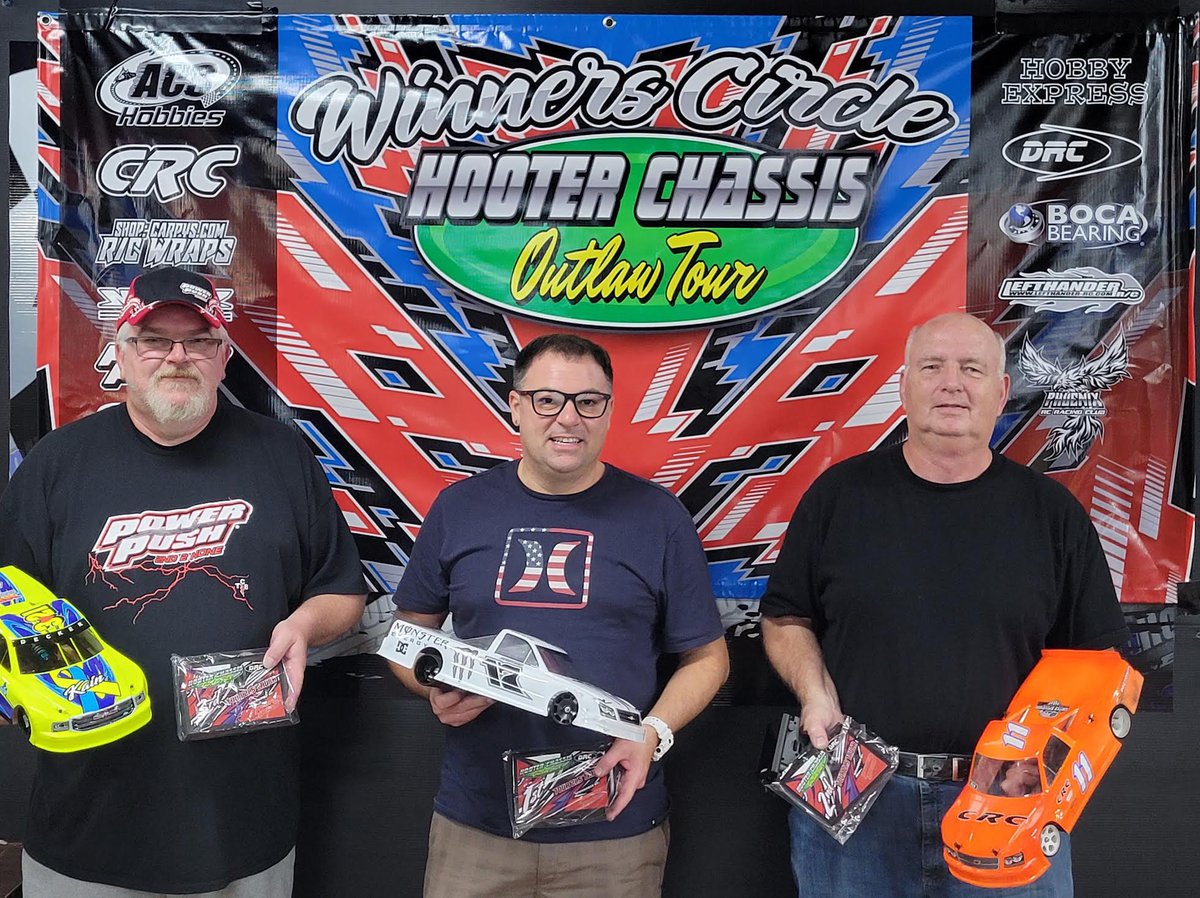 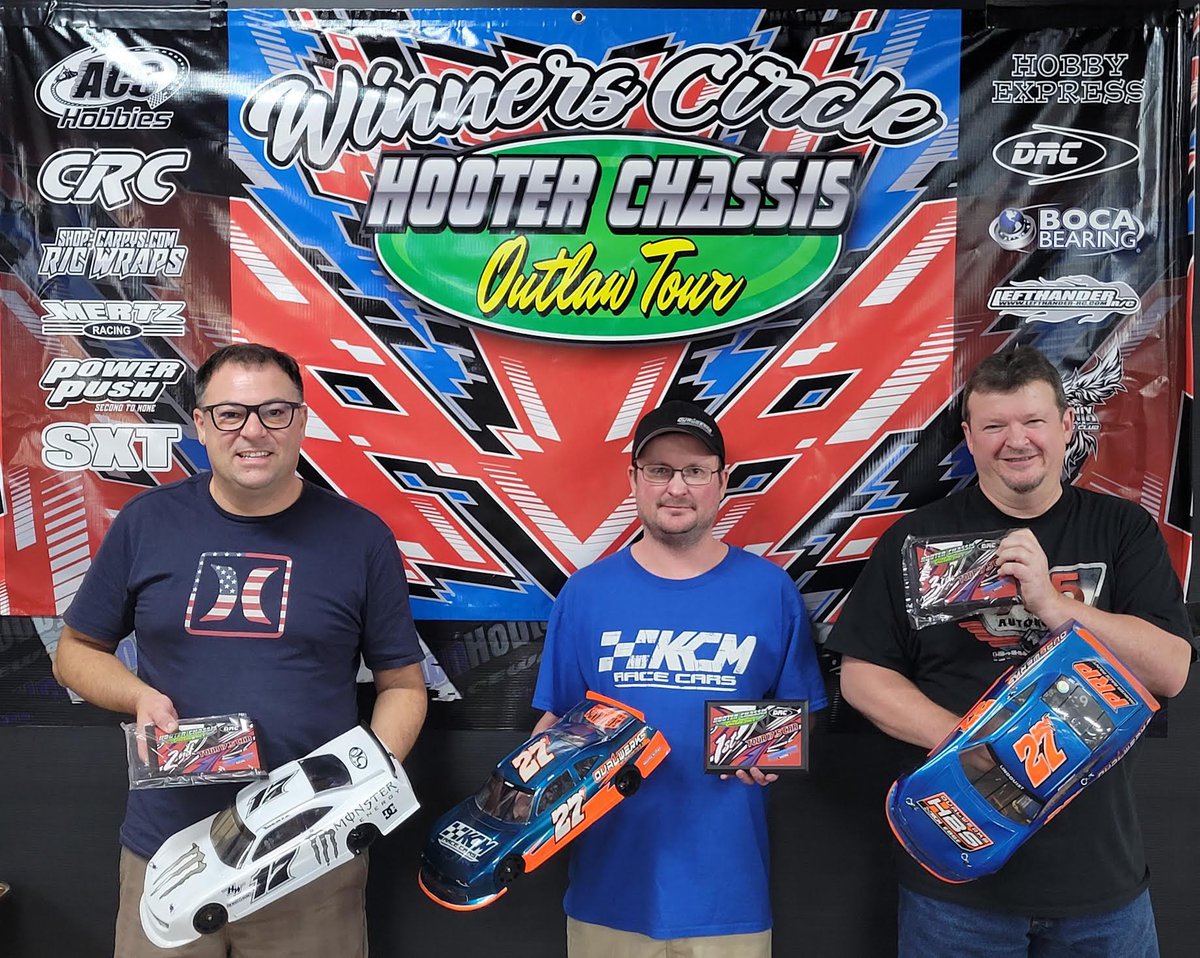 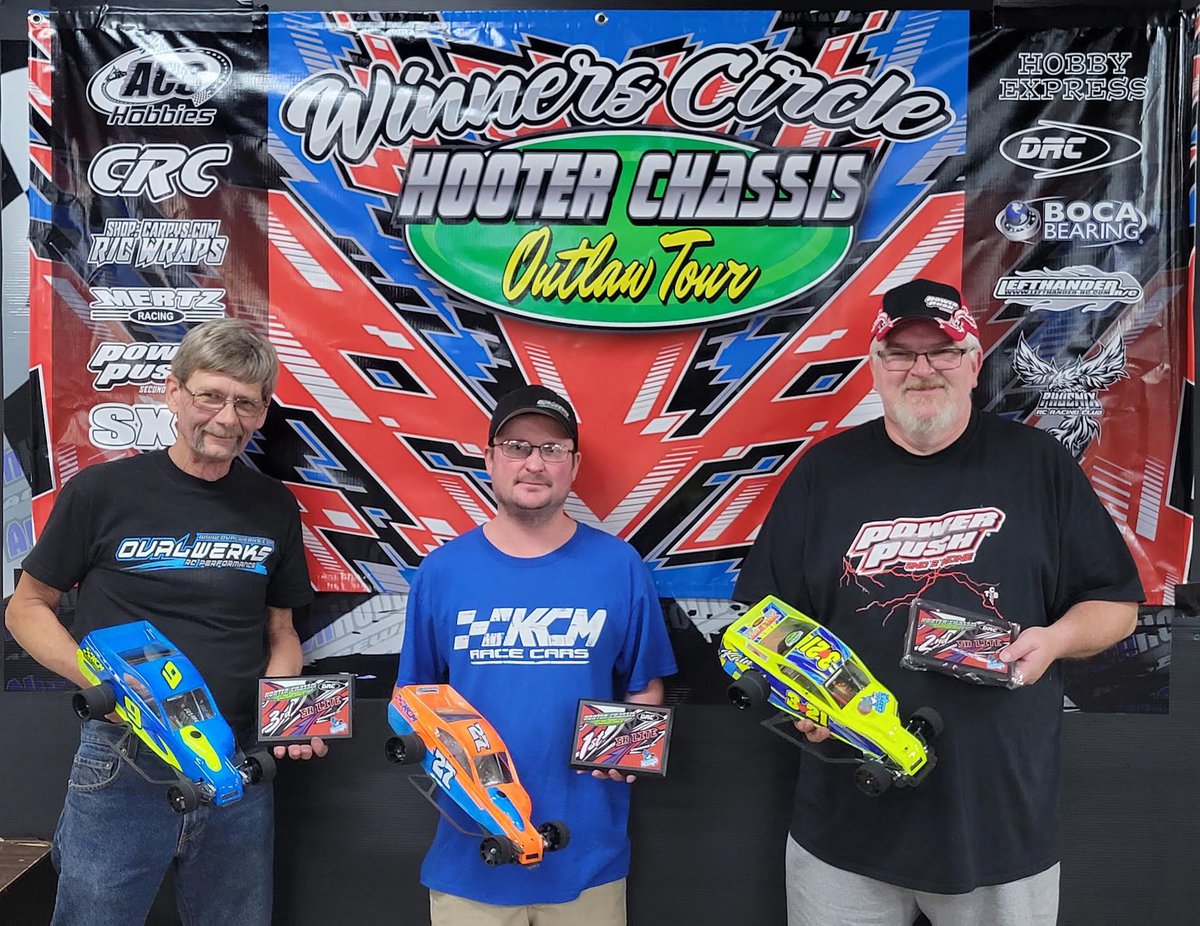 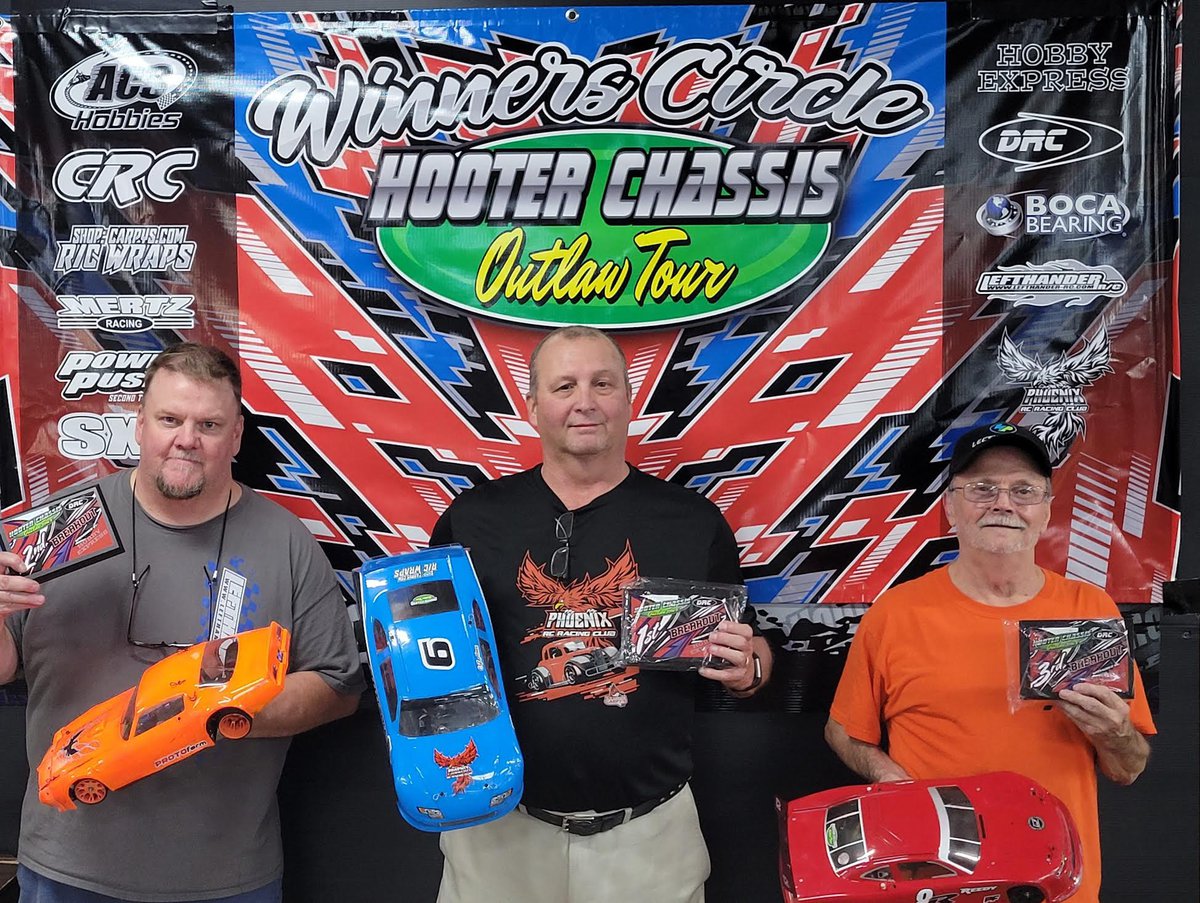 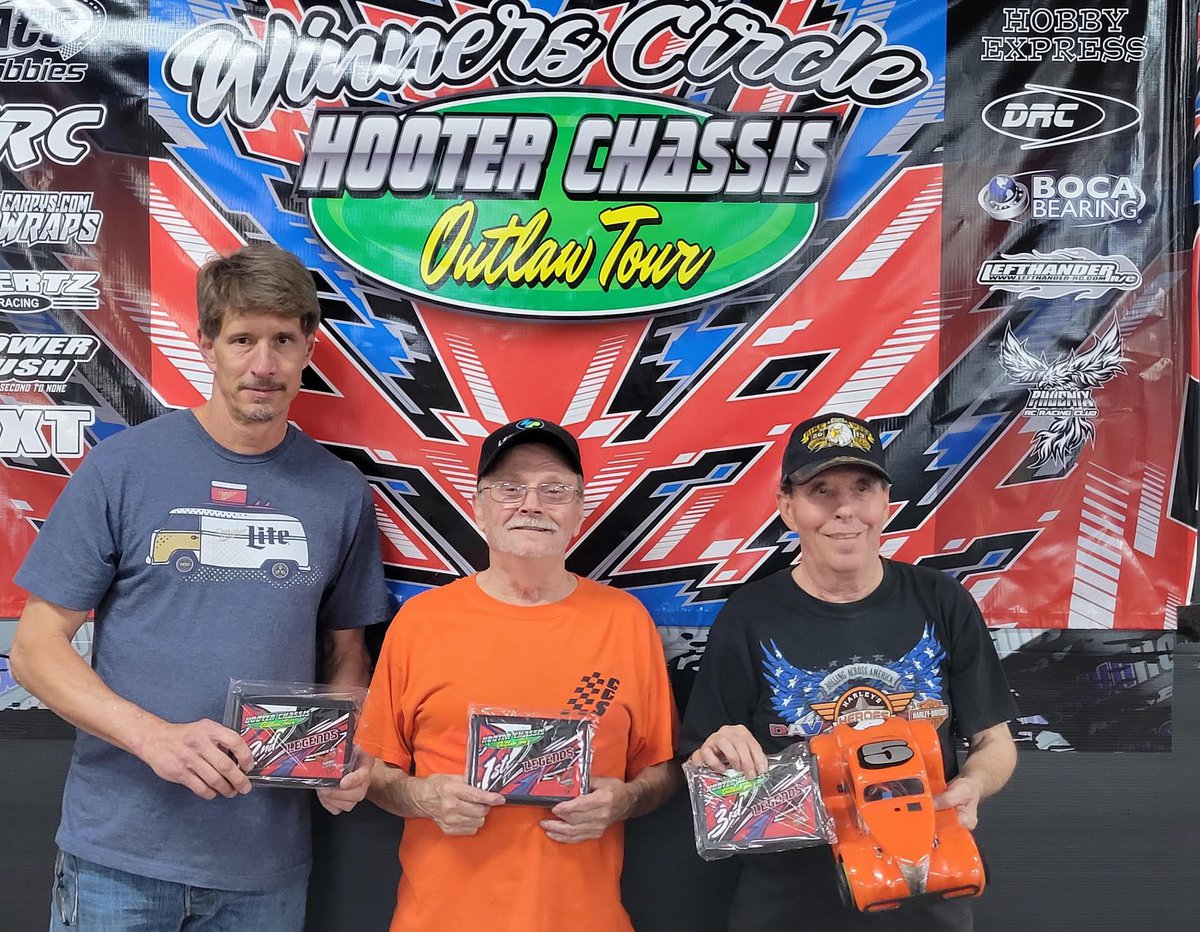