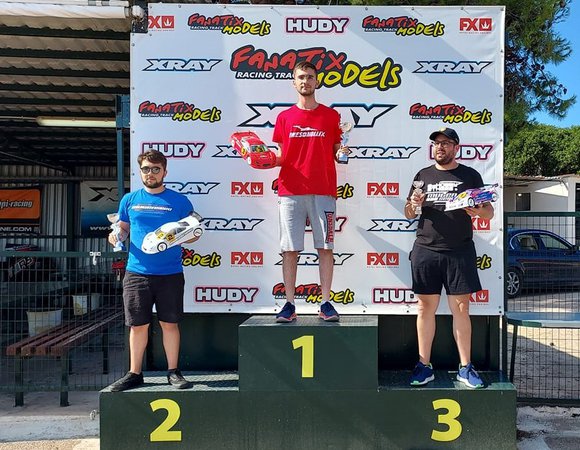 The second round of the 1/10 EP Touring Greek Nationals was held in FRT(Fanatix Racing Track) located in Athens, Greece. As it had rained the night before, racers faced a drying track with the traction coming up on the later stages of the race.

In the Modified class, it was Filippos Isaakidis(Mugen) who adapted the best on the ever-changing track conditions and was able to take pole position winning Q1, Q4 and Q5 in front of Andreas Koutras(Mugen) who won Q2 and Q3 showing good speed while Dimitris Ioannidis(Awesomatix) would start P3 on the grid with a lack of pace on all the qualifying runs.

In the finals, Ioannidis after some crucial setup changes in his car setup found his usual fast pace and won leg 1 and leg 2 from P3 on the grid after some impressive overtakes and very respectful and clean racing with Isaakidis and Koutras, securing the overall win and making it 2 out of 2 wins for the season. Isaakidis had an unfortunate DNF in the ending stages of leg 1, while a mistake in leg 2 made him finish P4 while Koutras with consistent driving was able to take P2 in both leg 1 and 2. With Ioannidis sitting out in leg 3, Koutras was able to take the win in leg 3, securing P2 overall, after an unfortunate crash with a backmarker that took Isaakidis out who eventually secured P3 overall.

In the Stock class, it was all about veteran Giorgos Kalantzakis(Mugen) and former fast Modified driver Tasos Batas(Mugen). Eventually, it was Kalantzakis who took the TQ spot after winning Q2, Q3 and Q5 in front of Batas who won Q1 and Q4 and Takis Papadopoulos(Mugen).

In the finals, after some really nice racing between the top 2, Kalantzakis took the overall win, taking home leg 1 and leg 3 while Batas ended up in his Stock debut in P2 overall after a leg 2 win. It was Giorgos Maricholas(Awesomatix) who rounded out the podium after action-packed battles with Papadopoulos(P4 overall) and young Oikonomou(Awesomatix, P5 overall). 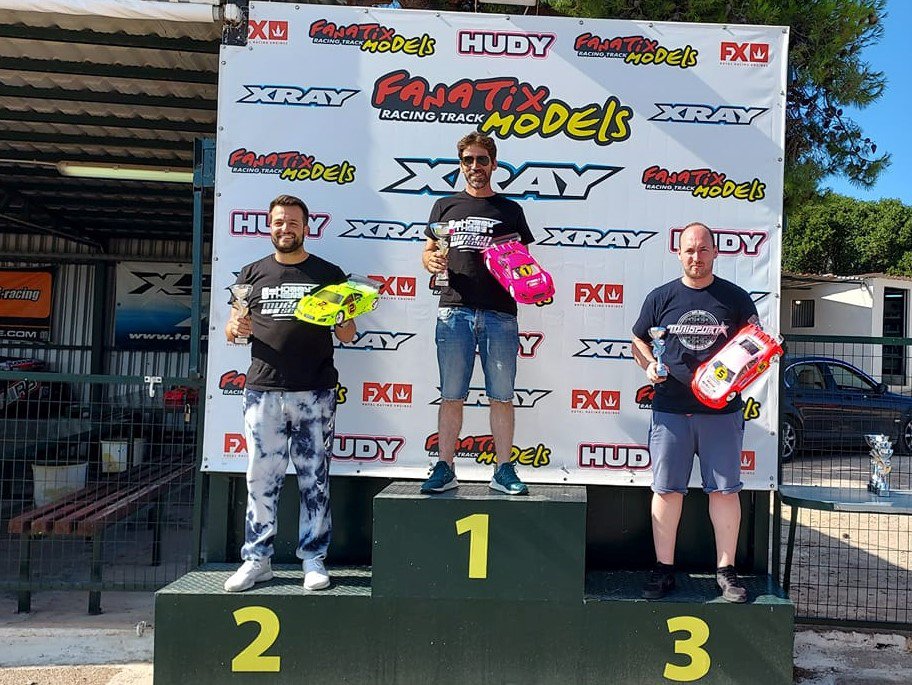