A MOMENT WITH MIKE: Changing Perspectives 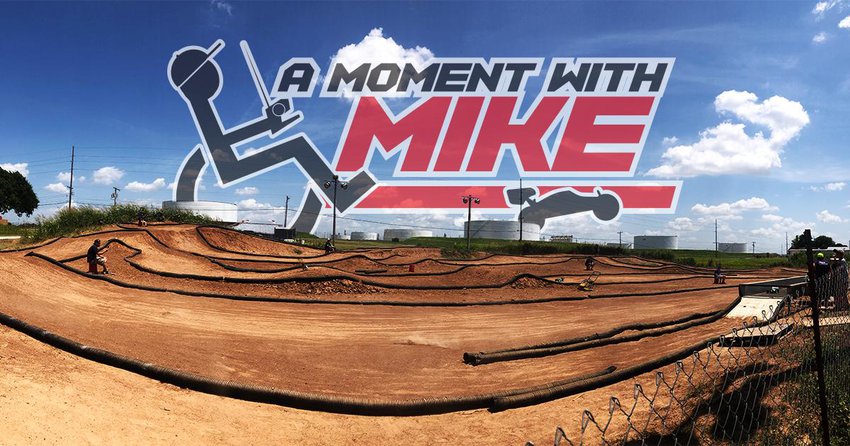 After a bit of online peer pressure from my co-worker and good friend, Tyler Hooks, my wife and I made the decision to drive 5 hours south to Boothill Raceway in Ponca City, Oklahoma for the RC Pro Series North Division race this past weekend. Joining us for the road trip was long-time friend and Team Associated driver Nick Gibson and his girlfriend.

We departed at 3am on Saturday morning, arrived at the track a little after 8am, and crammed one hour of practice in before racing got under way. The best way I can describe the Boothill track this past weekend is it would make the 2011 Silver State Nitro Challenge track look smoother than glass – and I LOVED every minute of it.

(A bit of footage from the 2011 Silver State Nitro Challenge to give you a "rough" idea.)

Tyler Hooks, his dad Doug (aka “Thug”), and Indy RC World crew were kind enough to let us set up our pits with them for the weekend. Both Tyler and Nick are aspiring up and coming drivers, both of which have enormous talent, speed, and potential. While they were clearly cream of the crop for the weekend in the Pro Nitro Buggy class, unfortunately they both suffered major troubles in the A-Main dropping them out of the running. Both young drivers were extremely disappointed in themselves and the outcome of the race.

It was a long drive home, and I had 200+ miles of open highway through the middle of nowhere to reflect on the weekend. It occurred to me how the perspective and priorities in life, and in this case R/C racing, can change so quickly. It seems like yesterday I was 18 years old and fighting for the win at the RC Pro Series Regional in Pro Nitro Buggy when I overjumped a double, my tank cranked, my clutch bell sparked, and I watched my race go up in flames (literally). I was absolutely devastated. I felt as though I had let myself down, I had let my sponsors down, and worst of all I had let my dad who had been wrenching for me tirelessly all weekend down. At that moment I felt as though there could be nothing worse in life.

Fast forward 13 years, the RC Pro Series is back again, and I am once again lining up in the Pro Nitro Buggy class. Taking advantage of Tyler and Nick’s misfortune, I find myself in 2nd chasing down the leader in the A-Main. With 10 seconds left of the 30-minute main I am less than 1 second back. Pushing a bit too hard I catch a hole and blow my shot at the win on the last lap. At 18 years old I would have been punching myself in the face, too embarrassed and frustrated to stick around for a trophy, and disappointed beyond words, however, with time my perspective of life and racing has changed.

Instead of devastation and defeat, all I could think about was how much fun it was to hit on my wife through our new headsets while she is trying to concentrate on re-fueling my car at every pit stop, how I was still laughing in my head about any one of Doug Hooks stories he told me before the race, or how pumped I was on such close, clean, and fun the racing was between everyone for the entire 30-minutes. The only part I was bummed about was I knew we were all packing up and heading home, meaning the weekend was coming to an end. 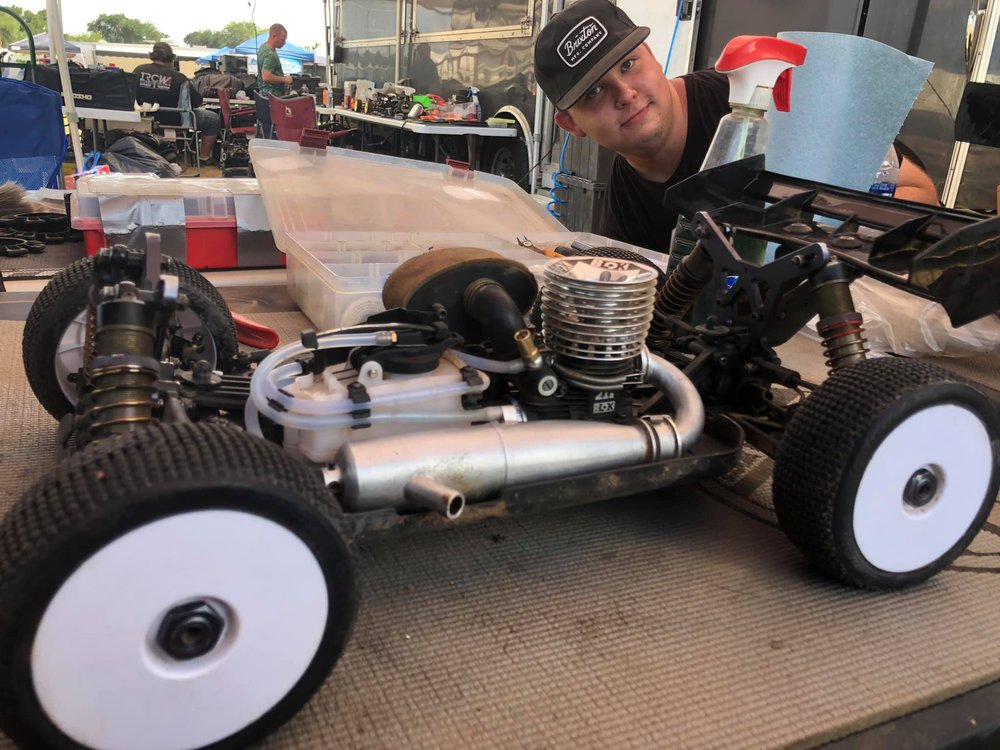 There are a lot of different perspectives in R/C (regardless of age). For some those will change over time, and for others they may not. While the highs and lows of a race weekend are very different for each and every racer, it’s important that we all recognize how incredibly lucky we are to have such a close community of racers and friends, the opportunity and ability to do what we love, and to remember that whether you finish first, last, or don’t finish at all…cherish and appreciate every moment for all that it is worth, and remember to give yourself something to smile about.

Trust me on this one, you'll really appreciate having something to smile back about 13 years later when you find yourself driving home from a race in silence while your co-pilots are all snoring from the back seat...