A MOMENT WITH MIKE: Racing Emotions with Clark Griswold 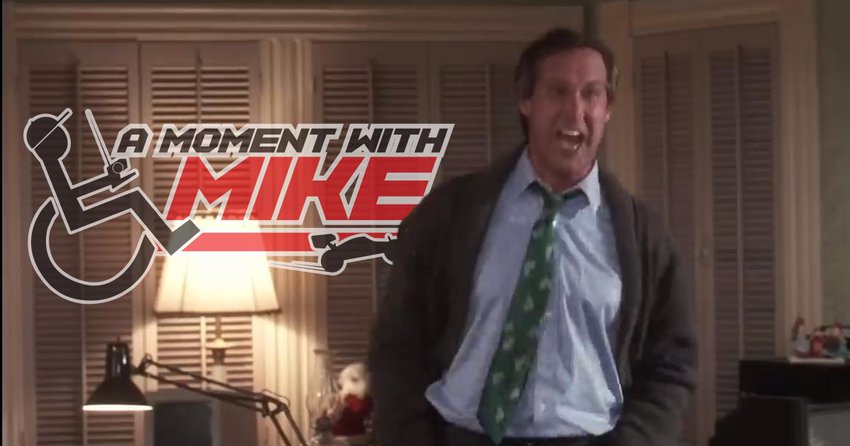 10 years ago I had no idea what a "meme" was. Today, I wake up everyday anxious to see what funny meme's roll across my Facebook and Instagram feeds. While there have been a lot of meme's that have made me laugh from time to time, yesterday a friend of mine shared a meme from Dirt Car Racing that really hit home.

It doesn't matter if we are racing full size cars, R/C cars, lawnmowers, video games, Barbie jeeps, tricycles, and/or everything in between - whether we like to admit it or not, it all gets serious. We want to win, and when we don't sometimes our frustration comes out. In R/C racing it's easy for some to say, "Why are you so mad, it's just toy cars," - but too often people don't realize it's not what we are racing that brings out the emotions, it's just the fact that we are racing that brings out the emotions.

While I strongly disagree with getting mad, yelling, throwing temper tantrums, so on and so forth at the R/C track, I would be lying if I said that I haven't been "that guy" more than a few too many times. Right or wrong, sometimes the emotions of racing get the best of you and you act out in ways you'll later regret - and others will probably make fun of and laugh about for years to come (just ask my friends who still make fun of me).

With all of that being said, today I wanted to share a meme that left my laughing so hard I was crying. National Lampoon's Christmas Vacation is a classic Christmas comedy movie, and this clip of Clark Griswold bursting out with the thought of how many of us react after our race is ruined by another driver is priceless.

As racing picks up this holiday season, I encourage you to do your best to stay calm and frustration free - otherwise it might be you rather than Clark Griswold we're all laughing at next time 😂