A MOMENT WITH MIKE: The Silver Lining 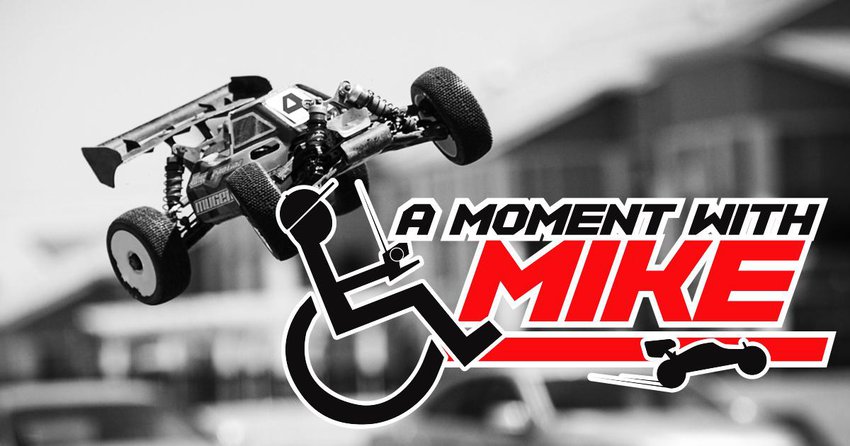 When the threat of Coronavirus really began to set in, and “non-essential” businesses around the country were beginning to shut down, it became very clear that the R/C industry would be one of many that was going to take a heavy hit. More specifically, local R/C tracks and hobby shops – the lifeblood of R/C car racing in America.

As with many businesses, most local R/C tracks and hobby shops rely on weekly income, and most likely hadn’t planned for a month or more of being shut down. With the concern of these tracks well-being, Brandon Rohde came to me with the idea of selling shirts to support local tracks. I thought the idea was great, the gesture would be nice, but in no way did I expect t-shirts to potentially being the savior of R/C tracks around the nation.

I fully expected a few thousand dollars to be raised and distributed among the tracks, but when I saw the original goal of $50,000.00 I said, “Yeah right, that would be amazing, but that’s a lot to expect.”

If all of that wasn’t enough, a LONG list of industry brands joined the cause by matching various dollar amounts to give even MORE back to local tracks!

Over the past few years many of us, me included, have put the “flaws” of R/C racing under a microscope, felt the industry was falling apart, filled social media with drama, and put too much focus on what needs to be changed and/or fixed. While this is an extremely difficult time in the world for millions of people, there IS a silver lining. The silver lining is that overnight all the bulls**t was put to rest, the complaints and drama disappeared, and wihout hesitation the entire industry united to keep local R/C racing alive during this trying time.

Thousands of people are out of work, businesses are forced to be closed, income for most is questionable, and yet we as an R/C community have pulled together to raise over $100,000.00 to share with our local tracks in need. What other hobby and/or sport can say they have done that?

My appreciation and positivity (along with many others) for R/C racing, our local tracks, hobby shops, industry brands, racers, and community has been reinvigorated and raised to an all-time high. Whether we like each other or not ON the track, it all proves that we are truly one big family OFF the track, and I am damn proud to be a part of it.