A MOMENT WITH MIKE: Top 10 Drivers To Watch At Silver State 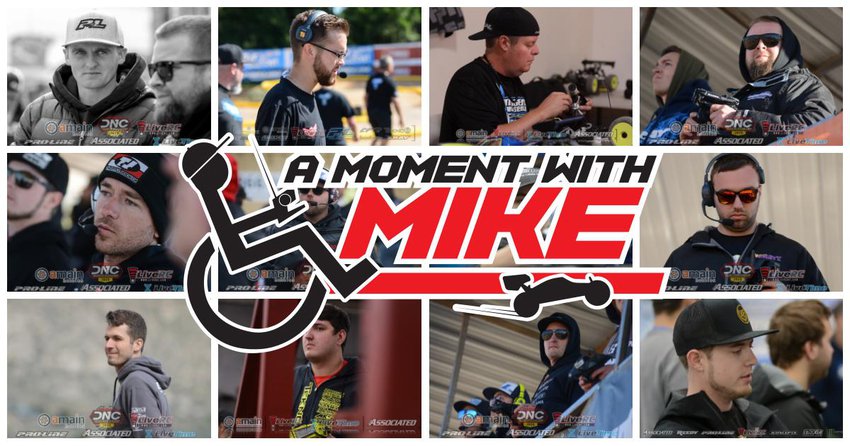 This weekend hosts The Dirt Racing Silver State Indoor World Championships at the South Point Casino in Las Vegas, Nevada. This is only the second year for the iconic event to be held indoors, and as we prepare for the racing to get under way, I have put together my pre-race prediction of the Top 10 12 drivers to watch out for.

*Note - These drivers are listed in no particular order* 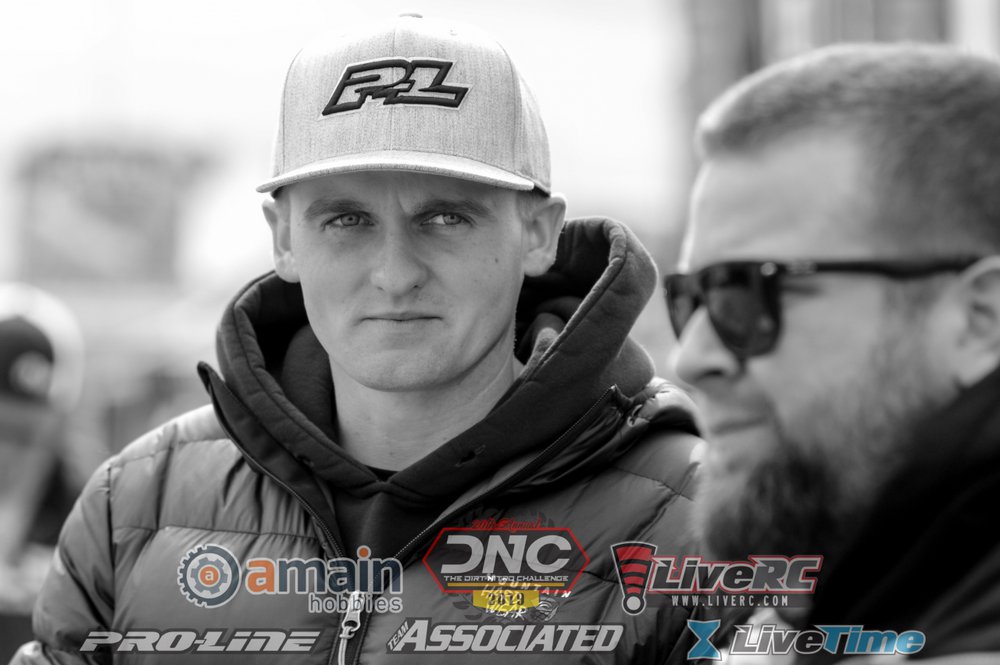 Finishing 4th in all three classes at The Dirt Nitro Challenge, did not kickoff the new year as many expected. Anything less than winning doesn’t settle well with the Tessmann camp. Ty is last year’s Silver State Pro Nitro Buggy winner, he adapts well to varying track conditions, and my suspicion is that he has quietly been working very hard behind the scenes to “redeem” the top step of the podium. 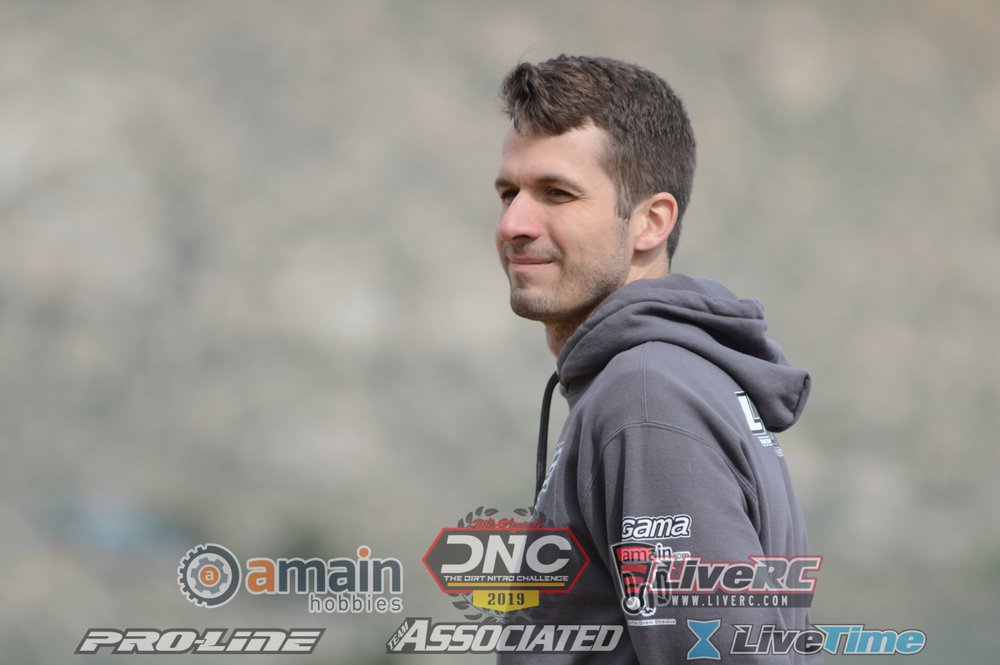 After making a shocking move from Tekno RC to Nemo Racing USA / Agama for 2019, many were skeptical of whether Ryan would be as fast as he has been in previous years. He silenced the critics by winning the recent indoor DXR DirtKings event in the UK ahead of reigning World Champion Davide Ongaro. Lutz has spent a lot of time testing his new rides indoors, he excels indoors, he is last years Silver State Pro E-Buggy winner, and his confidence is on high leading up to the weekend. 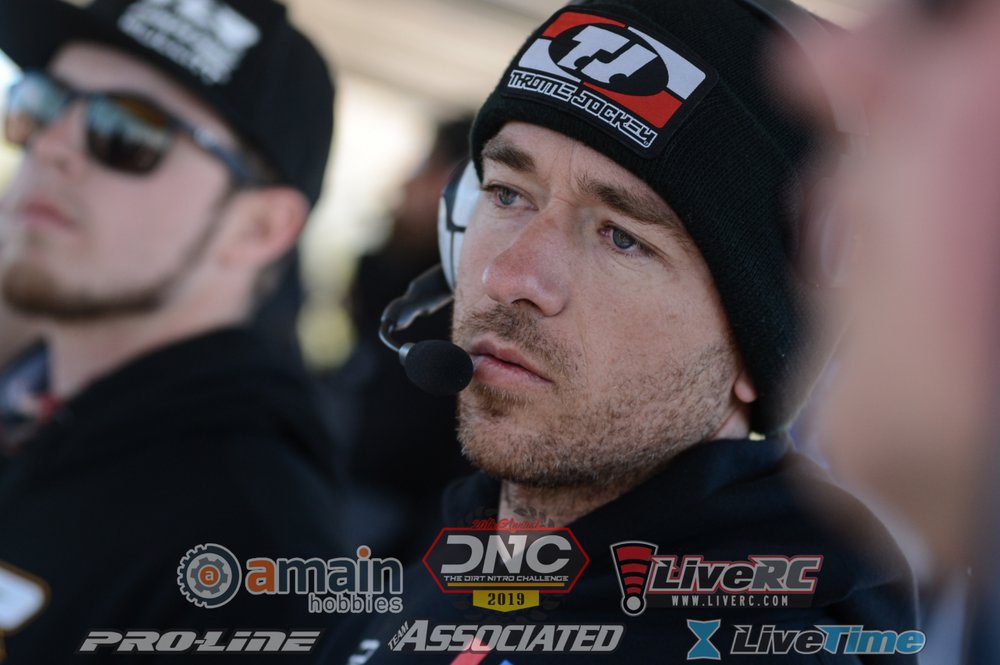 After making the switch from Kyosho to Tekno RC for the new year, Jared came out of the gate with a bang by winning the Reedy 1/10 Off-Road Race of Champions. Jared’s DNC did not go quite as planned; however, he has shared via social media that he has been at the track “putting the pieces together” testing, learning, and gaining confidence in his new 1/8 rides. Jared is extremely good on technical and rough tracks – both which typically describe the Silver State track. As last year’s Pro Nitro Truck winner, more time on the new cars, and a track that will likely suite his driving style – Tebo is a contender. 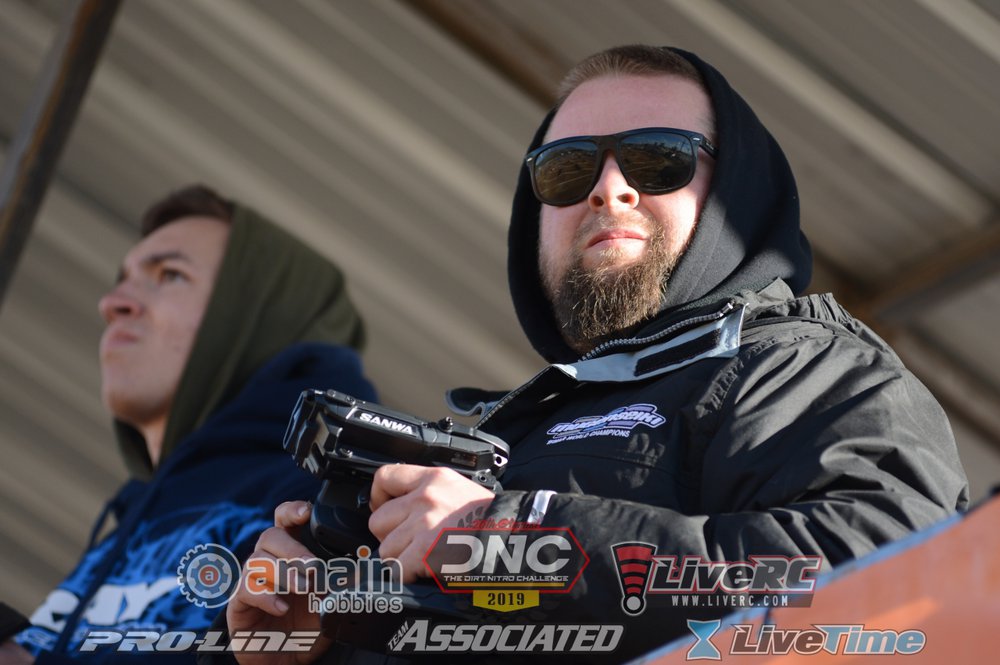 What can I say about Ryan Maifield…the guy is an animal. Like him or not, Ryan is excellent at adapting to varying track conditions, pushing the limit, and doing whatever it takes to win races. RM is fresh off a Pro Nitro Buggy and Pro Nitro Truck win at The Dirt Nitro Challenge, he finished on the podium at last year’s Silver State, he’s happy with his race program, and as usual he will be a threat for the win. 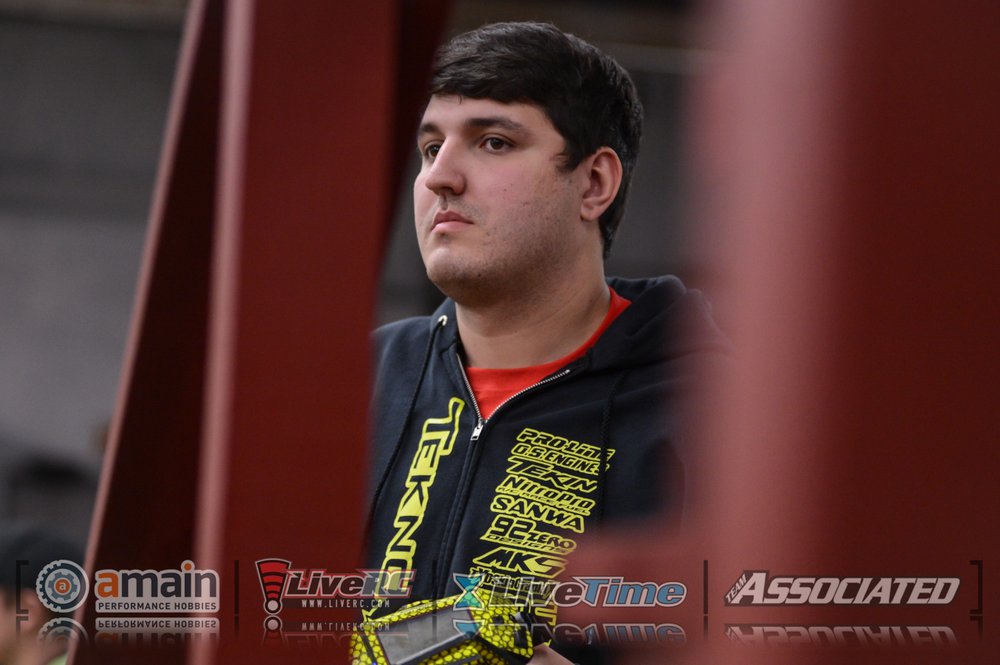 Bornhorst is a driver that has been steadily rising to the top over the past few years, and has proven he can run at the front. He is still considered by many to be an “underdog” to win a race like Silver State, but after two podium finishes at the Dirt Nitro Challenge, its clear that an unpredictable track surface won’t slow down his on edge driving style. Joe seems to excel in the E-Buggy and Truck classes, and one that I predict will be in the fight for one or more class podiums. 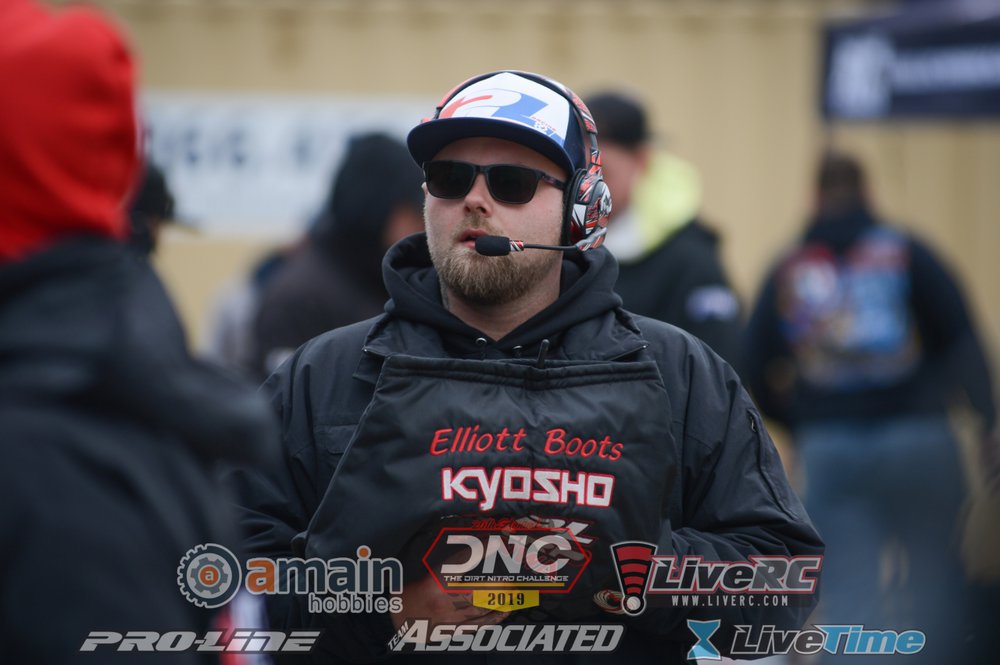 Following The Dirt Nitro Challenge, Elliott Boots made a shocking departure from Kyosho to join SWORKz. Much like Tebo, Boots came out of the gate with his new rides by winning on the 1/10-scale front at the BRCA Nationals. Boots managed a 5th place finish at the recent indoor DXR race, and has seemed to gain valuable knowledge and confidence in the new cars over a very short amount of time. This will be his first trip to the indoor Silver State event, but with a breath of fresh air by joining a new team, more time with the cars, and his undeniable talent…I predict that he will be in the top 5 of both classes. 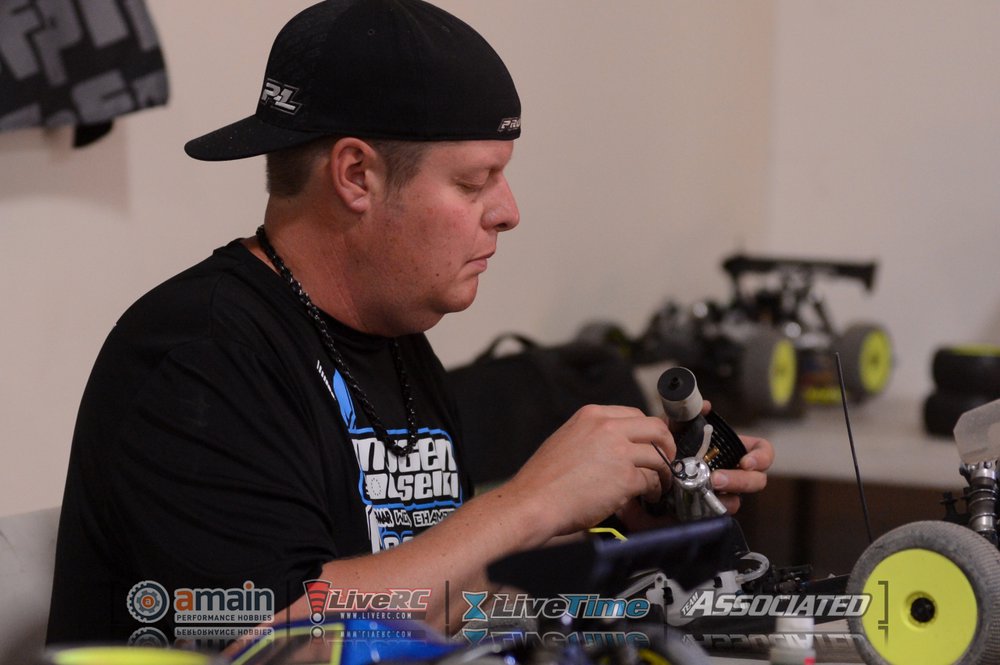 We have seen it many times before. Adam isn’t always the fastest driver on the track, but his consistency, line choice, ability to drive rough tracks, and experience makes him one of my top 10 drivers to watch. Over the past few years Adam’s personal racing efforts have seemed to be revived, and more than once he has shown he can still mix it up with the new kids on the block. Adam is very knowledgeable when it comes to setup, tire choice, and strategy at difficult races, and I think that combined with his rough track driving abilities will land him within the top 5 of one or more classes. 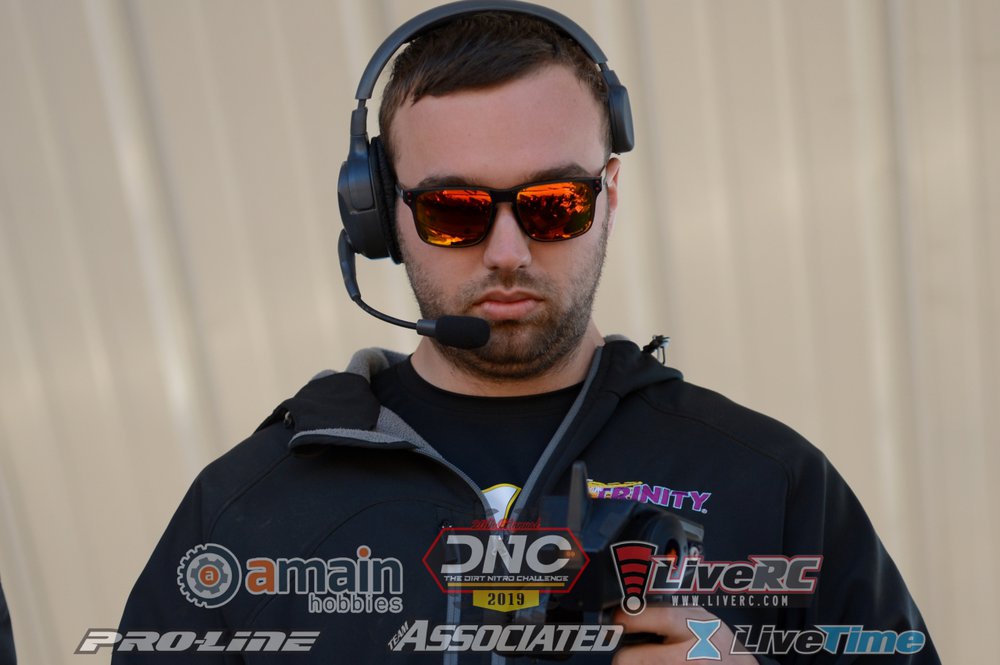 Dakotah put himself back on the map with a very impressive 2nd place finish at The Dirt Nitro Challenge. The conditions were less than ideal, but Phend proved that both he and the new TLR buggy could handle it. It’s no secret that Phend has the talent. I feel the team has been working hard behind the scenes, the cars are working good, and with good confidence still on his side, Dakotah is very likely to pick up where he left off at the DNC. 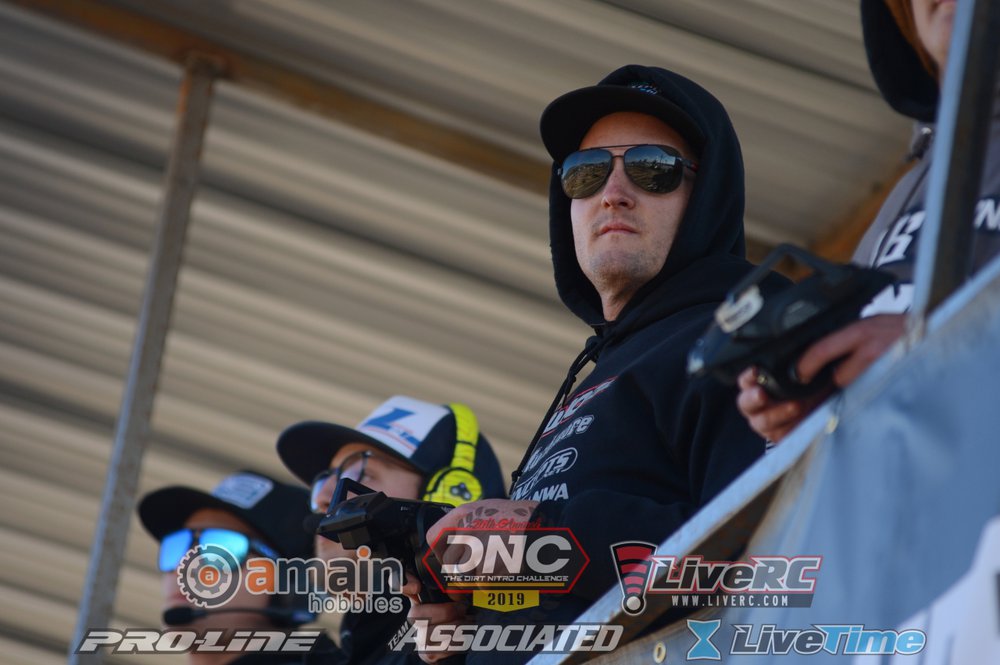 Cav is yet another driver who made a shocking switch for 2019 by parting ways with his long-time sponsor Team Associated and joining Yokomo (1/10-scale) and SWORKz (1/8-scale). Quite honestly, I had very low expectations for Ryan at the DNC this year, but I was pleasantly surprised at how well he performed with very little time on the new cars. Following what I saw at The Dirt Nitro Challenge, I believe Ryan will be a top 5 driver in at least the Pro E-Buggy class, if not both buggy classes.

Okay so I’m cheating a bit on this one, as I’ve lumped three drivers all into #10. All three of these drivers are very capable of being at the front in any of the Pro classes and have proven that at various races over the past year or two. My prediction is that we will see C.J. most competitive in the Pro Nitro Buggy Class as he seems most comfortable with the new Kyosho MP10 over his new truck or e-buggy. Cole will also be most likely to excel in the Pro Nitro Buggy Class, as that seems to be where he has shown off his talent best in years past. Tanner is most likely to be in the mix for Pro E-Buggy, assuming he follows last year’s impressive top 5 finish mere tenths of a second back from Tebo. 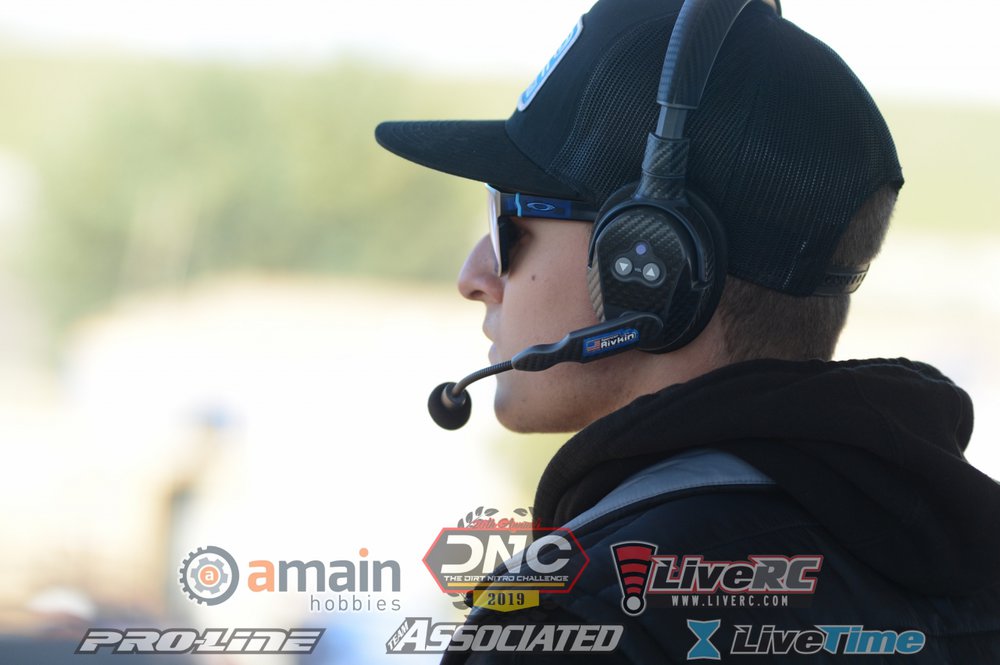 [UPDATE] I have been informed the Cole Ogden is not attending this year's race, which makes it very difficult to be a contender in any of the classes. Therefore despite his B-Main DNF at The Dirt Nitro Challenge, and A-Main DNF at last year's Silver State, I will throw Spencer Rivkin in his place. Skill is not an issue for Spencer, but rather completing the race. If he can conquer his mechanical troubles I look for a top 10 finish in any of the classes he competes in.