A MOMENT WITH MIKE: Track Owners - Just In It For The Money 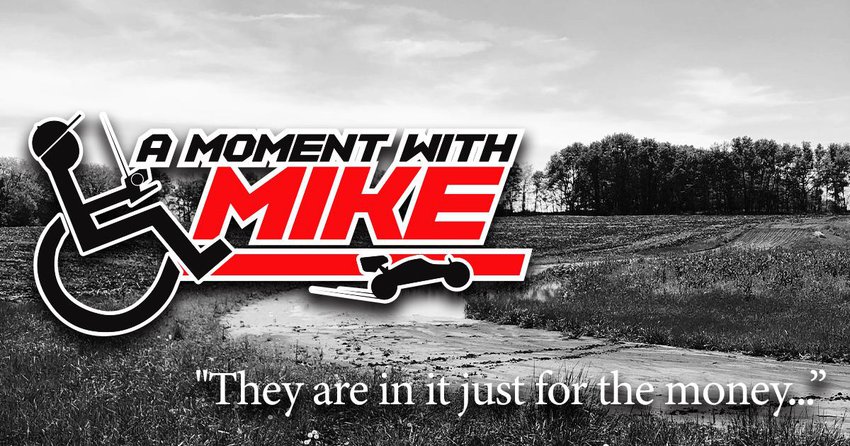 Over the years I have played several roles within the R/C racing and motocross industries which has included being an avid racer as well as a race promoter and track/hobby shop employee. One of the most ignorant statements that I hear too often about track owners, hobby shop owners, and race promoters is racers who complain by saying, “They are just in it for the money.” Reading through social media comments regarding recent racing events, I have seen this statement made multiple times, and today I am here to share my opinion and the TRUTH behind being a race promoter and/or a track owner.

#1 - Are race promoters and track owners in it JUST for the money?

Absolutely NOT. If there is a race promoter or track owner out there that is doing it solely based on the money, they should be made aware that for the same amount of time, work, behind the scenes effort, physical labor, and patience that goes into being a good promoter and track owner – you can make a LOT more money doing other things. The reason race promoters and track owners do what they do is because they love the hobby/sport they are involved in. Speaking from experience, there are no words that can describe how good it feels as a promoter to see the pure joy and happiness that your event and/or track has created for racers, families, and friends. Promoters and track owners work hard to grow the hobby they love, to provide a place to race the hobby they love, and most of all to see other people enjoying the hobby they love.

#2 - Are race promoters and track owners in it for the money?

Rightfully so, the answer is YES. To create a top level experience and event - organizing, promoting, and running races takes a LOT of time, a lot of work, a lot of dedication, and a LOT of patience and passion from a race promoter. This workload is doubled for someone who works around the clock owning, operating, and running a full-time race track. Both promoting races and operating a race track are businesses. I am no genius, but I am pretty certain the idea behind a business is to MAKE MONEY. While this seems like a fairly obvious and understandable goal of running a business, for some reason there is a common misconception that race track owners and race promoters are in the wrong, greedy, or unfair to assume their hard work should earn money.

Let me ask this – do you expect and accept a paycheck from your job and the work you do for others? 99.9% of you answered yes. Remember that next time you accuse race promoters and track owners of being greedy, unfair, or “just in it for the money”.

It has occurred to me that most often the same people who are quick to criticize and feel as though track owners and race promoters should volunteer their time and efforts, are also the same ones who are quick to criticize and complain when there is nowhere left to race. If you are going to bitch and/or be unsupportive of someone who’s goal is to earn money from their hard work by owning a track or running races, you can’t bitch when you have nowhere left to race after they close up shop to earn money elsewhere.

I have also noticed that most often the people who are quick to criticize and complain about track owners and race promoters, are usually not willing to donate their own time and hard work to own and run a track and/or promote and run races “just for fun” as they express on social media that they expect others to do. Why is that?

The bottom line is that I am sick and tired of seeing the amount of disrespect, negative comments, lack of support, and ignorant expectations that racers put on track owners and race promoters. Whether they do it well or not, the one thing that almost all track owners and race promoters have in common is a love for racing. In my opinion, full-time track owners are at the top of the list for the hardest working people in any form of racing, yet they seem to receive the least amount of respect, are held to the highest expectations, and are frowned upon if they are the ones earning a trophy/paycheck (rather than handing one out).

There is only ONE thing that ALL forms of racing need to survive – tracks to race on.

Despite popular belief, owning a track and/or working as a race promoter is a job. Like most jobs, hard work deserves to earn money. Respect your track owners, support your local tracks, and until you are willing to open and run a free race track of your own…pay your entry fees, quit complaining, and be supportive and thankful to the those who work hard to provide you the places and events to race at.