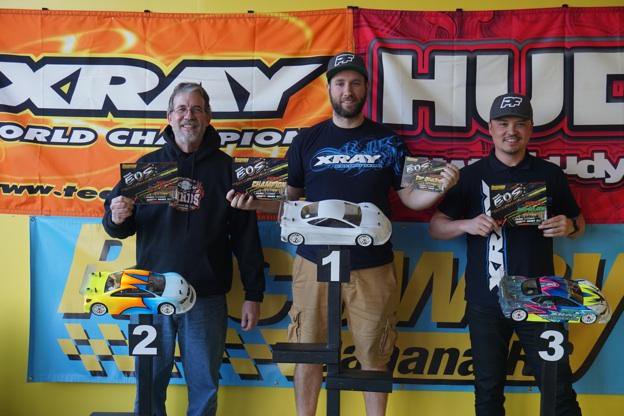 This past weekend saw the start of the 6th season of the Texas Electric Onroad Series. TEOS is a 6 race series that takes racers across Texas to the top onroad tracks in the state. The series is comprised of races on a variety of tracks ranging from small indoor carpet tracks to large outdoor asphalt tracks. Series promoter Chris Adams states that "to be state champion takes commitment and the ability to adapt to a number of different types of track conditions." The champion crowned at the end of the season is the person who can best show consistency on both carpet and asphalt.

The first race of the season was held in Richardson, Texas at Banana RC Raceway, a small indoor carpet track. The track consisted of a tight technical layout on black CRC carpet. The tight layout with narrow lanes made passing difficult and clean racing lines a must. The event featured 6 classes with each class characterized by extremely close racing.

In Modified TC, Chris Adams started his bid for a 6th straight state title with a TQ and A-main win. Chris led the race from beginning to end, but the real battle was for the remaining podium positions. After a chaotic first few laps by the rest of the field, Steve Breuer would improve upon his qualifying position and take 2nd place. Johnee Fenimore rounded out the podium in 3rd. 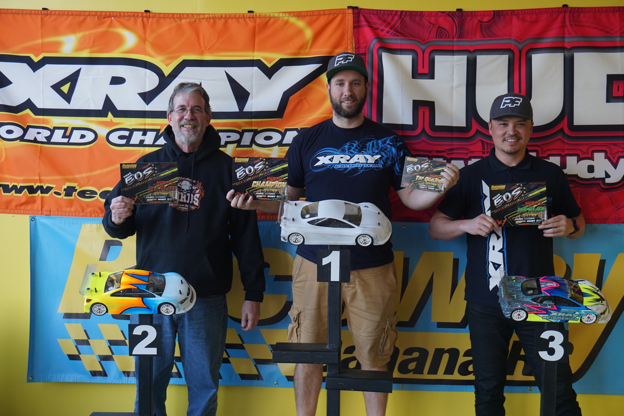 In the highly competitive 17.5 TC class, Andrew Doherty would show the way with a TQ and a 6 second lead over second place finisher Chris Kemper. Kemper would take over the 2nd place position from Johnee Fenimore in the opening lap of the race, with Fenimore working his way back up from 5th place to secure 3rd overall.

In USGT, the largest class of the event, TQ Shawn Thomas would be overtaken by 2nd place qualifier Nick Sibigtroth in the opening lap of the race. An early unforced error by Thomas would send him all the way to the back of the field. Remarkably, Thomas was able to work all the way back to 2nd place by the end of the race and finish just 2 seconds off the leader Sibigtroth. Rounding out the podium was 3rd place finisher Gilbert Santos.

25.5 TC saw the closest racing of the event. After numerous lead changes, TQ setter Gilbert Santos would claim the lead for good in the final laps of the race ahead of second place finisher Alan Prihoda. Prihoda crossed the line just half a second behind Santos. Josh Barry would round out the podium in 3rd place.

Consistent driving in the F1 class would see the starting positions remain relatively unchanged over the course of the race. TQ setter Shawn Thomas would lead from wire to wire. The only position change in the field was 3rd place qualifier Keooura Sanavong who would move up one position and take over the 2nd place position from 3rd place finisher Brian Montgomery.