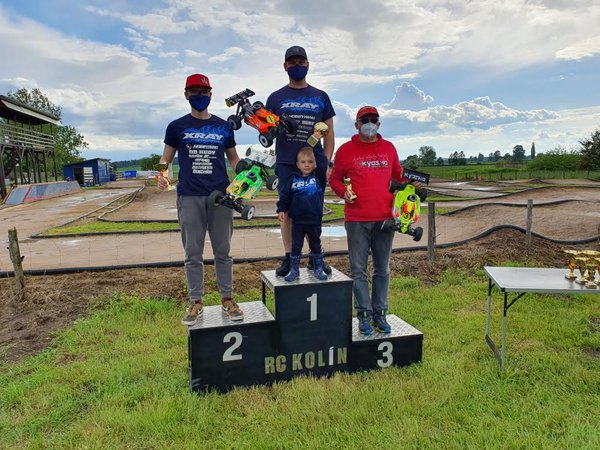 The first round of 1/8th Czech Nationals took a place last weekend in Kolin with the weather taking a part again.

The weather forecast looked scary for the whole week, but luckily we managed to have a flawles qualifying. I took 2 out of 3 TQs in the E-buggy class, which meant overall TQ starting spot for me in front of second Martin Bayer and third Martin Milowsky. It was looking promising going into the finals. In Nitro class it was Martin Bayer taking the TQ in all three rounds, which meant the top spot for him in the main final. I took the 2nd place and Jan Hujer 3rd.

The finals were unfortunatelly affected by rain already, as we had to cut the race short. We finished first 2 finals with E-buggy, in which I was able to grab the win to take the overall! Martin Milowsky took the overall 2nd place and Martin Korinek completed the podium on 3rd after Martin Bayer had some technical issues. Unfortunatelly we were not able to run the main final of Nitro, which meant the results were taken from qualifying. This meant the overall win for Martin Bayer, I ended up 2nd and Jan Hujer 3rd.

All in all the race was looking very promising until the last moment, but unfortunatelly the rain got in our way again. It’s such a shame, as both my XB8 vehicles were working amazing on the slippery and bumpy conditions.

Big thanks to all my sponsors for their amazing support and the organizers for making the track ready to run after some water before and during the race. Onto the next one! 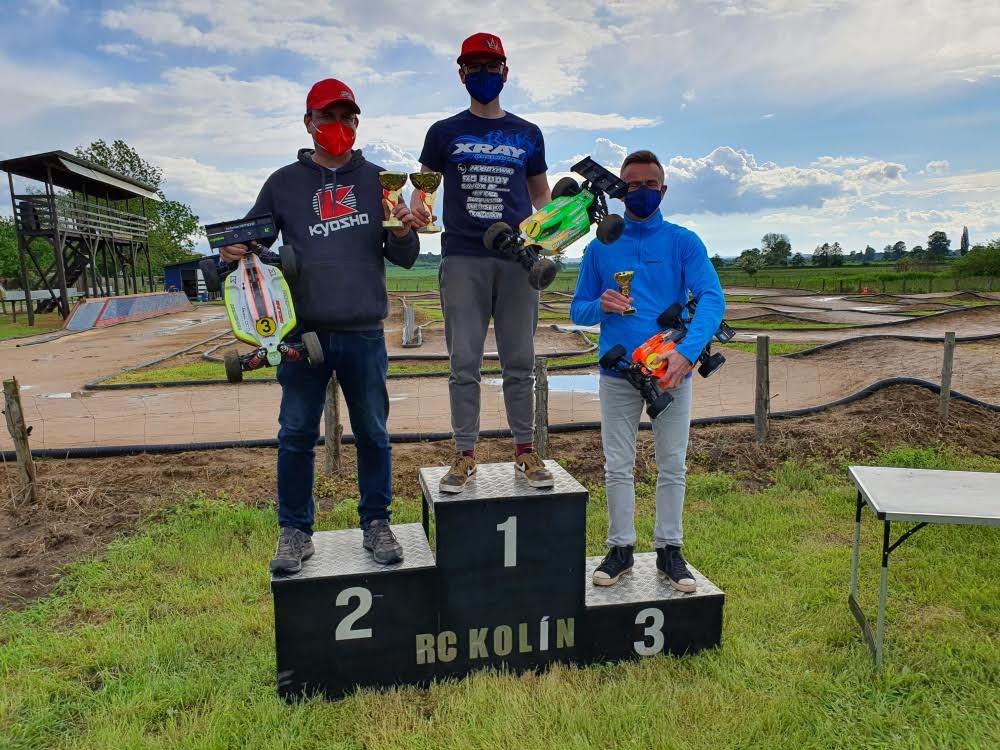