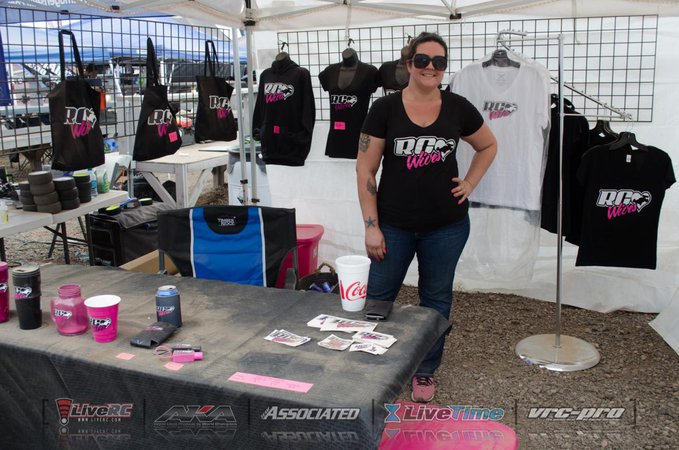 By Aaron Waldron
LiveRC.com
Jim Carrey once said “Behind every great man is a woman rolling her eyes.” That’s perhaps no more true than it is in RC racing, an activity in which thousands of enthusiastic racers leave spend long hours at dusty tracks located well off the beaten path - basically, the least hospitable place to take a wife or girlfriend, only to ignore her while wrenching, driving, turn marshaling, and bench racing.
It was only a matter of time before a group of ladies got together and did something about it.

IMPORTANT LINKS
LIVE BROADCAST
PURCHASE ALL ACCESS PASS
PHOTO GALLERY
MORE WAYS TO GET COVERAGE
LiveRC Facebook account --  various pictures and results
LiveRC Twitter account -- breaking news and live race updates throughout the weekend
LiveRC Instagram -- JConcepts Pit Report account -- pictures from the pits
LiveRC YouTube account -- RVA (Race Video Archive) recordings of all races available to Bonus Lap members
“I got the idea while I was doing laundry,” said Roxie Nakamoto, the long-time girlfriend of Jose Castelan, who qualified for the D-Main in Expert Truck and H-Main in Expert Buggy this weekend. “Most wives and girlfriends find change in the bottom of the washing machine. I kept finding body clips and screws and stuff.”
The RC Wives community started as a Facebook page, providing a “support group” for women whose significant others are heavily invested in the hobby. Nakamoto created the page with input from Mel Austin and Ronda Drake, posting memes and jokes about RC racing catered to what women often think about RC racing. “It’s only us that understand these jokes,” said Nakamoto, who means all of it in good fun. She also includes photos while traveling to races, and shared photos from other women that are part of the RC community, and there are nearly 1,200 people who've "Liked" the page. 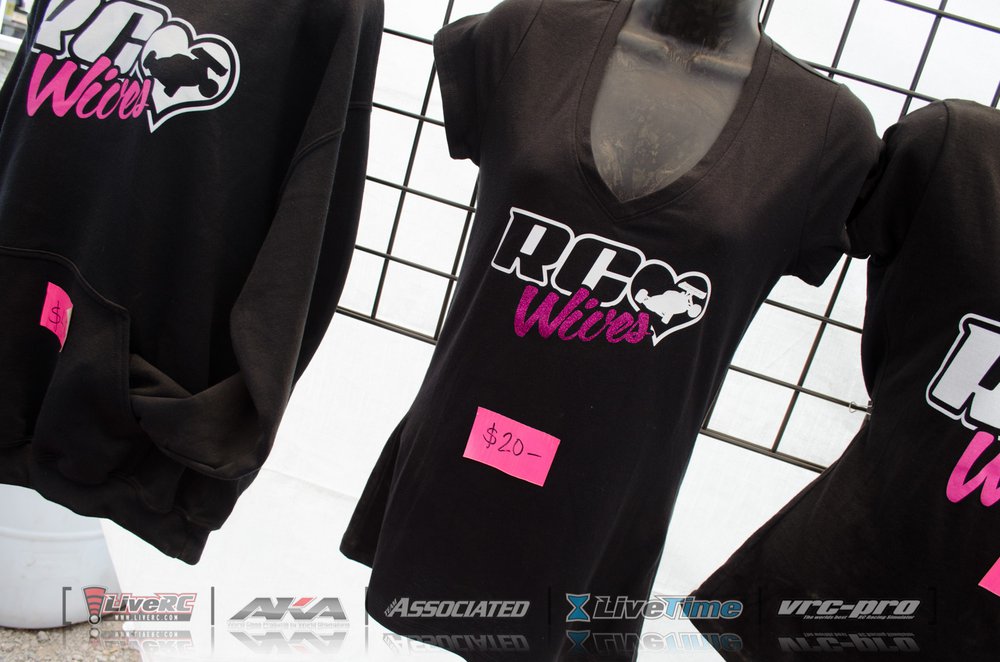 Nakamoto launched RCWives.com in June 2014 and began selling merchandise, including apparel, travel coffee cups, mason jars, coozies, shoulder bags, and even hand sanitizer - a must when using porta-potties at outdoor tracks. “We’re out here camping, cooking, and cheering for our dudes,” said Nakamoto, “coffee, alcohol, and hand sanitzer is all we need.” Having originally produced apparel with heat transfer logos, the first big run of screen-printed shirts and sweatshirts was a big hit this week - and some sizes and shirts sold out quickly. “We offered a little bit of a discount to those out here in the dirt, fighting the elements,” said Nakamoto, who said many racers stopped by to pick up gifts to take home with them. 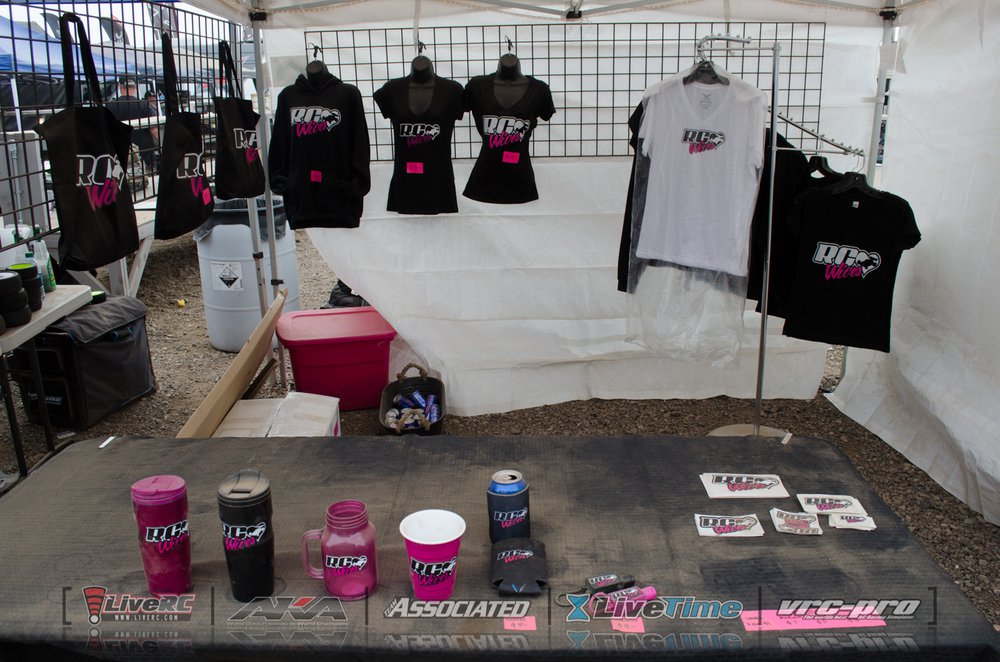 In addition to growing the community’s presence online and through social media, Nakamoto is working on organizing a charity race for the March of Dimes next summer. Even though Jose is the diehard racer, Roxie is just as committed. “It’s not a hobby, it’s a lifestyle. We schedule our vacations around these races. And even those RC Wives that aren’t here at the track, they’re at home holding it down.” 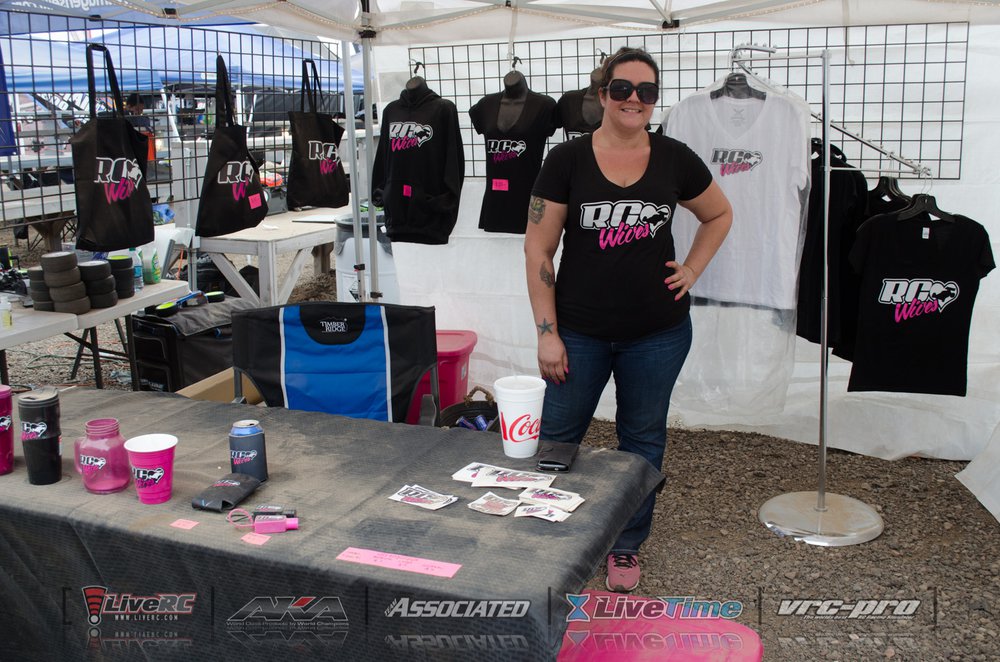