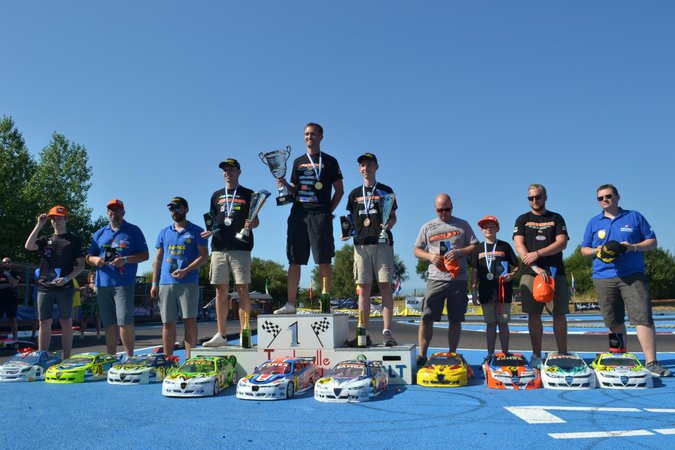 Another day of blazing sun here in Northern France was the icing on the cake for a great days racing and a great event hosted by the Touraville Club Two European Championships were to be decided in the Large Scale (1/5th) Classes. The F1 and Touring Car classes.

First up were the Formula 1 cars and the drivers put on a great show that event their full scale compatriots would be proud of.

From the tone Tobias Gagesch leapt into the lead and began to pull away, this was entirely expected as the German had dominated qualifying, however after a couple of laps it became clear that all was not right with his Harm Machine as he consistently struggled to get the car to turn into the hairpin at the bottom of the circuit. The initial beneficiary of this was fellow German Timo Nau who nipped past to establish a firm lead. Soon after Keving Stegmuller also got past Tobias and began hunting TImo down. Whilst Keving seemed to have more speed the Swiss racer could not seem to get on terms with TImo as first a Flip and then a small accident kept him some way behind. However in the closing minutes he began to gain rapidly on Nau whose car was beginning to struggle slightly to put down it’s power and in a thrilling climax Kevin swept into the lead on the penultimate lap to claim the crown. TImo held onto second form a very disappointed Tobias 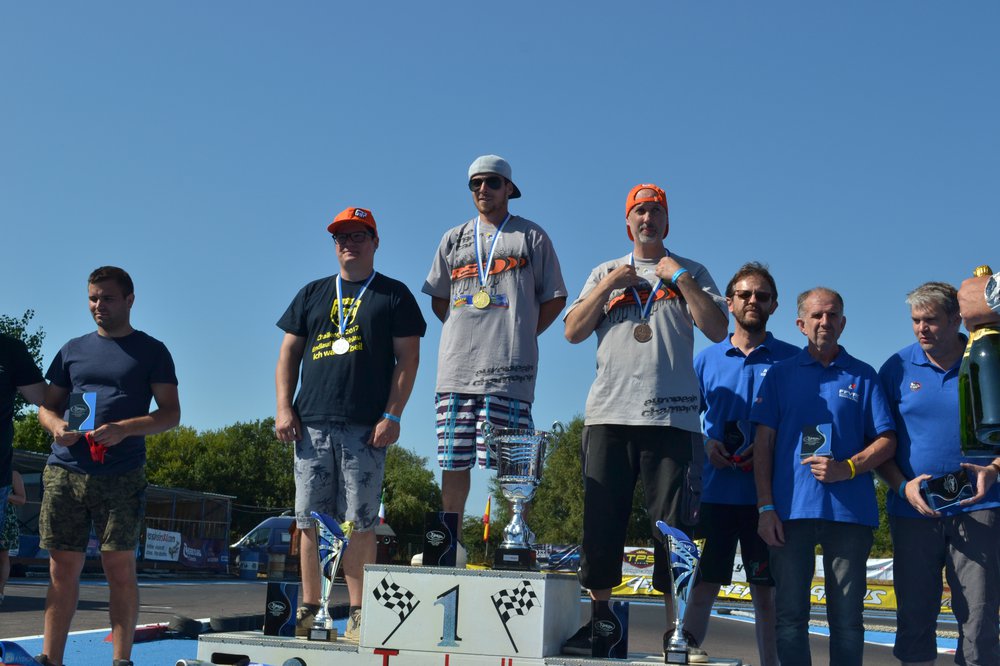 It The Touring car final the result was never in Doubt as “Mighty” Markus Feldman took his 7thEuropean title – but more significantly his first since 2010 with a lights to flag victory.
Behind him the podium places were always in doubt as a battle royale between 2017 Euro champ Bernard Arnaldi, up and coming star Patrick Folmann and 2016 champ Giovanni Verbrugghe entertained the huge crowd for over half the 30 minutes of the final. In the end the Dane Folmann tangled with Arnaldi allowing Verbrugghe to slip past for 2nd. Folmann picked up 3rdwhen Arnaldi had to retire towards the end much to the disappointment of his fellow countrymen lining the track This left a jubilant Feldmann to take the trophy, which he described as “East” thanks to “The fantastic set up and work from my mechanic” 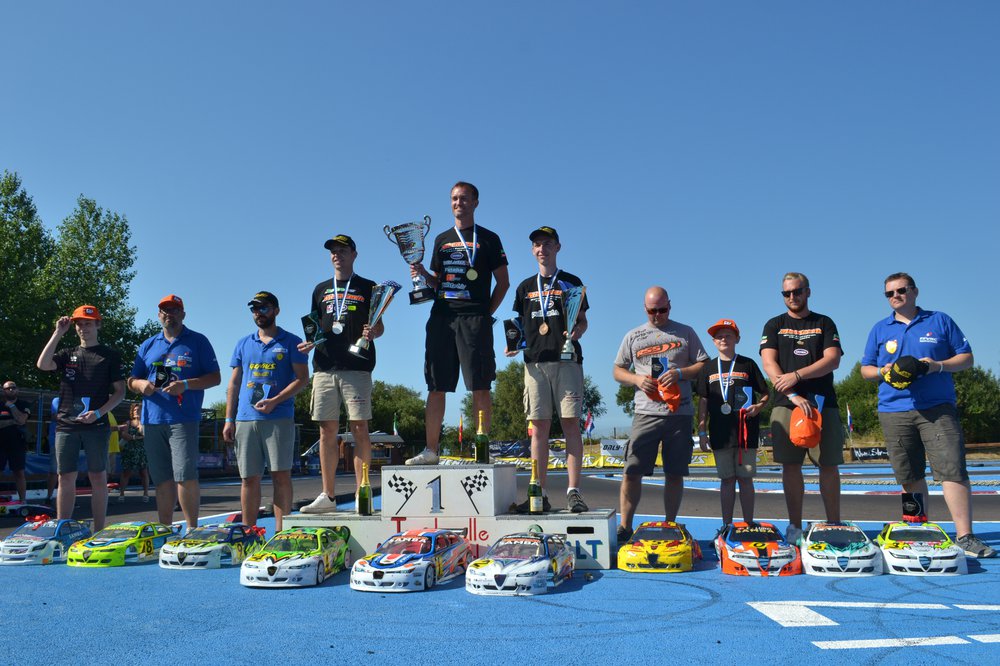 The EFRA European Championship continues next week with the 1/8thIC Track Euros form Cassino in Italy, be sure to check EFRA.WS for all the news from the event