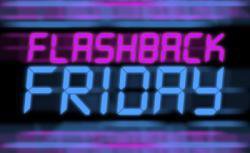 8/15/2014
By Aaron Waldron
LiveRC.com
Everybody knows that Friday is meant for reminiscing old times. Each week we take you back in time as we flashback to some of R/C racing's greatest moments, products, drivers, and more!
Flashback: 1999
Brian Kinwald and Team Losi begins four-year reign of terror over the electric off-road world.
The Pro-2 class at last week’s Phoenix, AZ round of the Short Course Showdown Nationwide tour was, by my nearest estimation, the five millionth race that Brian Kinwald has won. Kinwald’s RC career came full circle when he reunited with Team Associated at the beginning of the 2011 season, 17 years after he left to join Team Losi and Trinity as the first paid driver in RC history.
As a young adult, Kinwald got off to a great start with AE, winning ROAR National Championships in 1992 (buggy) and 1994 (truck) as well as his first IFMAR Worlds title in 1993. It’s no wonder he was a hot commodity.
Aside from those championships with the original RC10 and RC10T, Kinwald is most well-known for winning Team Losi’s first IFMAR World Championship (and his second) in 1997. His biggest accomplishment, however, may be helping to usher in the most dominant era by any one single manufacturer in RC history. 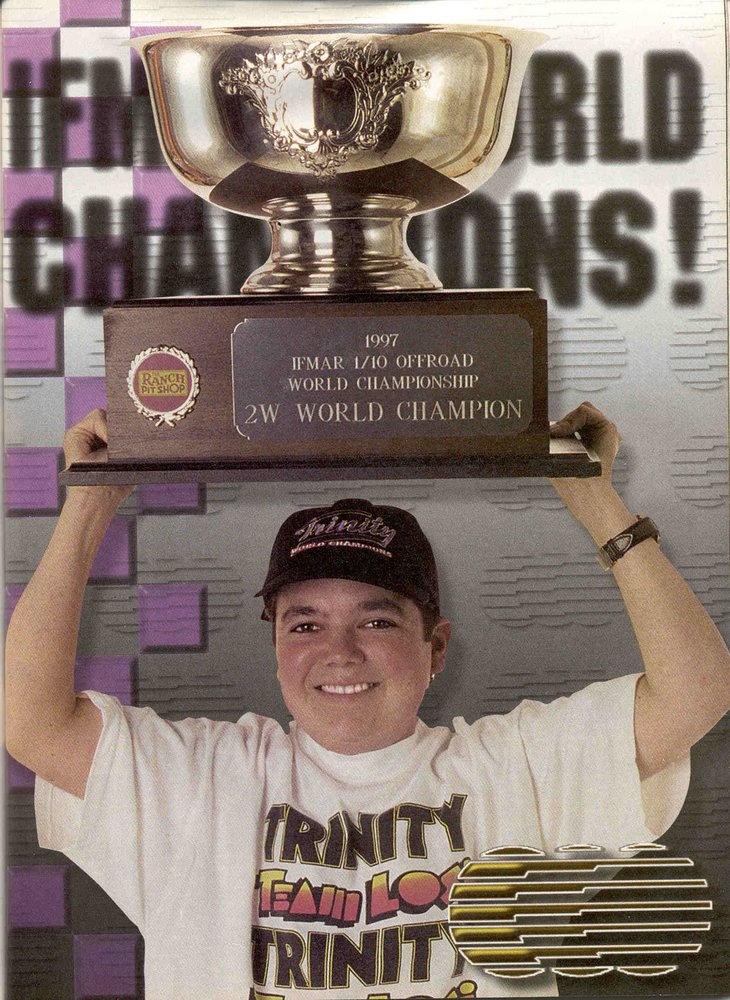 From 1999 to 2002, on the back of Brian’s driving skill and progress in developing new products, Team Losi was nearly unbeatable. He and fellow departed Team Associated driver Matt Francis combined to lay waste to the U.S. racing scene. Team Losi’s XXX platform revolutionized electric off-road racing, and at the time Team Associated drivers ran the RC10B3, a 1997 release which was really just a conversion kit away from the RC10B2 originally sold in 1995, and the RC10T3 stadium truck derivative.
It wasn’t just Team Losi’s streak of wins that was impressive (the Team Associated duo of Ryan Cavalieri and Ryan Maifield got pretty close these last few years), it was the manner in which they came up on those wins that made them so mind-blowing - often, as many as 90% of the A-Main qualifying vehicles were from the TL camp. Save for Masami’s 1999 IFMAR Worlds win with the B3 in Rauma, Finland, Losi won pretty much everything - including every single ROAR Modified National Championship. It wasn’t even close.
1999 - MnM Raceway, Corona, CA
After Kinwald’s world championship win in 1997, he didn’t exactly light the world on fire in 1998. That changed at the 1999 ROAR Nationals, as Team Losi’s game-changing XXX platform (that Brian had helped develop) hit the track for the first time. 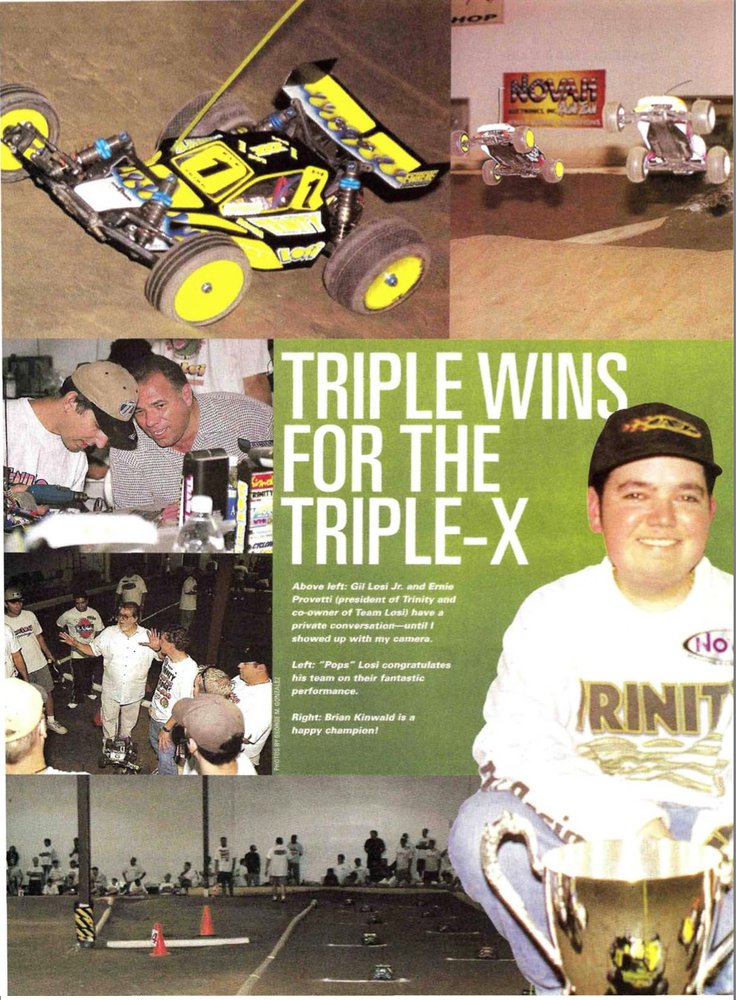 Not only did Kinwald TQ and win all three classes convincingly, TL took 9 of the top ten spots in 2WD and 4WD, and 8 of 10 in the Truck division.

Later that year, at the IFMAR Worlds in Rauma, Finland, Kinwald had a shot at winning back-to-back IFMAR World Championships but lost to Masami Hirosaka in the 2WD finals. Jukka Steenari, however, drove the XX-4 to his first world title on his home soil. 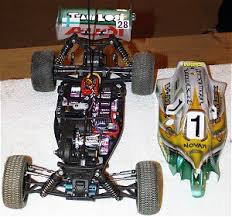 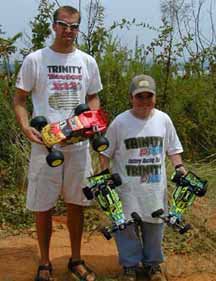 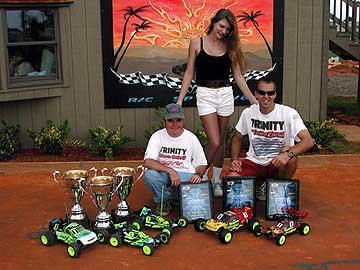 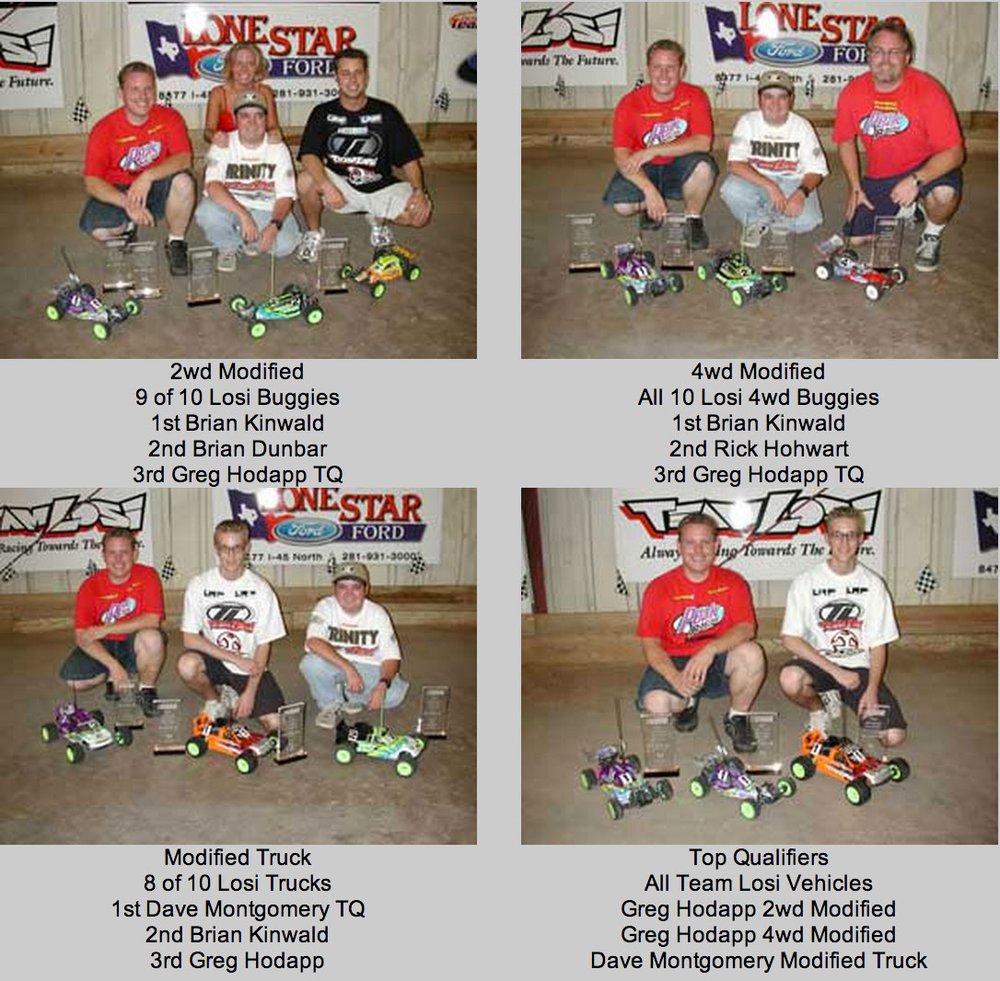 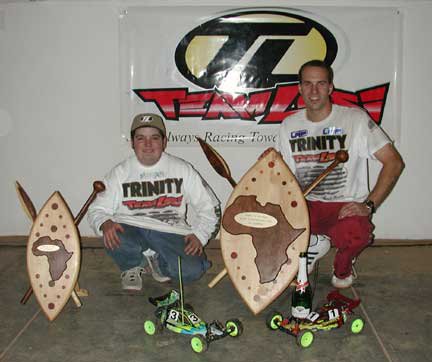 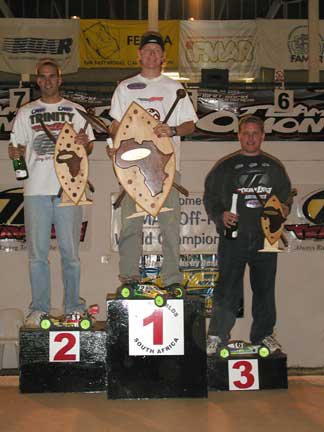 The biscuit wheels fell off the gravy train in 2003, however, with the release of the B4 and T4.
The ROAR Nationals that year were held at the Tiltyard in Virginia. Travis Amezcua TQ’d and won the 2WD class, and TQ Mark Pavidis came out on top of a last lap scuffle to beat Jared Tebo in Modified Truck. Team Losi did manage to win the 4WD class as Greg Hodapp piloted the XXX-4 to the win (Interesting note: just two years later, Hodapp won another 4WD class championship driving the X-Factory X-5, a single-belt conversion for the XX-4.)
That fall, Billy Easton won the Worlds with the RC10B4 and kicked off the most impressive streak by a single platform ever including five straight IFMAR championships. The saving grace for Team Losi came in the 4WD class, as the XXX-4 swept the podium behind a brilliant drive from Ryan Cavalieri. That race was also the debut of JConcepts BJ4 buggy, which eventually turned into the B44 platform.
Less than two years later, Cavalieri was gone - in a move that mirrored Kinwald's and Francis' departure from Team Associated, Ryan moved the opposite direction. Ryan drove the BJ4 to the 2005 Worlds title, and helped usher Team Associated into an impressive streak of their own.
Flashback Friday
Share:
blog comments powered by Disqus