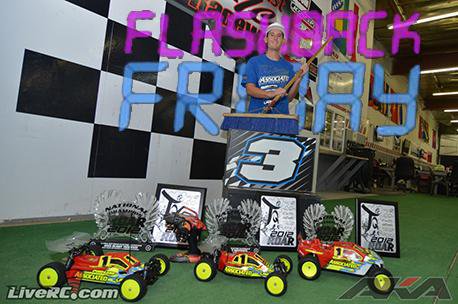 Everybody knows that Friday is meant for reminiscing old times. Each week we take you back in time as we flashback to some of R/C racing's greatest moments, products, drivers, and more!
Flashback: 2012
Ryan Cavalieri wins four of six classes at first-ever ROAR Supernationals
After over two decades of a relatively stagnant electric off-road scene, the last ten years introduced a wave of radical changes that forever changed the landscape.
The waning popularity of electric off-road racing at the turn of the millennium forced ROAR to consider changing the class structure. First, additional classes for 19-turn brushed motors (which turned into Super Stock) were added to the ROAR Stock Nationals. Then, emerging brushless motor and LiPo battery technology led to the introduction of exhibition classes as rules to standardized the development of the next-generation power systems that sparked a resurgence in electric off-road racing. Propelled by the new electronics and batteries, four new types of electric off-road cars - 2WD and 4WD short course trucks, as well as 1/8-scale buggies and trucks - sprang up over the course of a couple of years. ROAR had to figure out what to do with those classes, too.
In 2006, the 4WD stock class was dropped from the Stock Nationals - and 19-turn classes for 2WD, Truck, and 4WD were added. In 2007, ROAR recombined the stock and modified classes into one ROAR Nationals event. It was the first time that a LiPo and brushless truck class was run, and that was also the last year ROAR recognized the Junior Stock Buggy class for racers 15 and under, as only six drivers entered. In 2008, the “19-turn” class was officially renamed “Super Stock” to accommodate brushless technology. The 2WD short course truck class was added in 2009, and at the same time ROAR dropped the 40-and-over Masters Stock Truck division. For the 2010 Nationals, ROAR dropped the Super Stock classes and split Stock and Modified divisions for 2WD Short Course. That was also the first year that a separate event was added for 1/8-Scale Electric Buggies and Trucks.
However, the 2011 ROAR Nationals for the electric 1/8-scale classes struggled - and ROAR knew they’d be adding a 4WD short course class for the following year. Combined with a lack of reasonable bids to hold off-road national events for the 2012 season, the first - and only - Electric Off-Road Supernationals was organized at the now-closed West Coast RC Raceway.

The plan was to combine all of the existing electric off-road racing classes into one nine-day event - which was really scheduled as two separate events with a day off in between, like the IFMAR Worlds. The standard 2WD and 4WD buggy classes ran during the first weekend alongside the 2WD Stadium Truck (what ROAR calls “Racing Truck” for some reason) and 2WD Short Course Truck classes. The second weekend covered the 1/8-Scale Electric Buggy and Truck classes, along with the new 4x4 short course class.
They could’ve just called it “the Ryan Cavalieri Show,” as WCRC’s favorite local pro dominated the event, including sweeping the first weekend and going 4-for-6 overall.
Modified 2WD Buggy
The rest of the field should’ve known they were in trouble after Cavalieri set the fastest time in the first round by over five seconds. He TQ’d rounds two and three as well, locking up the overall TQ with one round to go. He took it easy on everyone in the fourth round, while then-teammate Ryan Maifield edged Dustin Evans by less than second for the fastest time in Q4 - which was good enough to secure second on the grid. 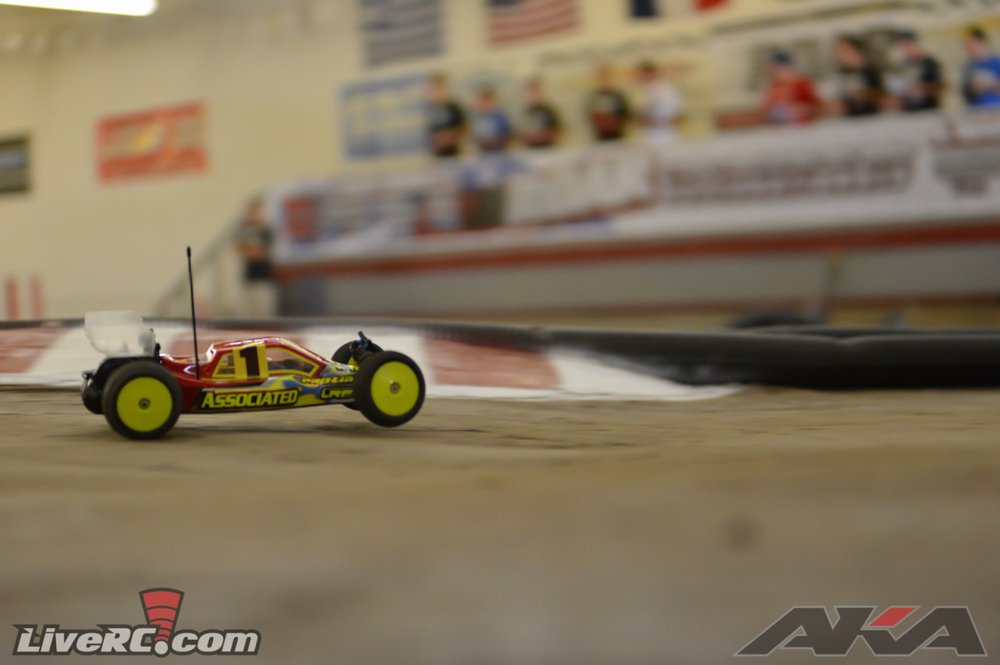 Cavalieri won the first two A-Mains to clinch the title, but the story of the 2WD finals was Jared Tebo. 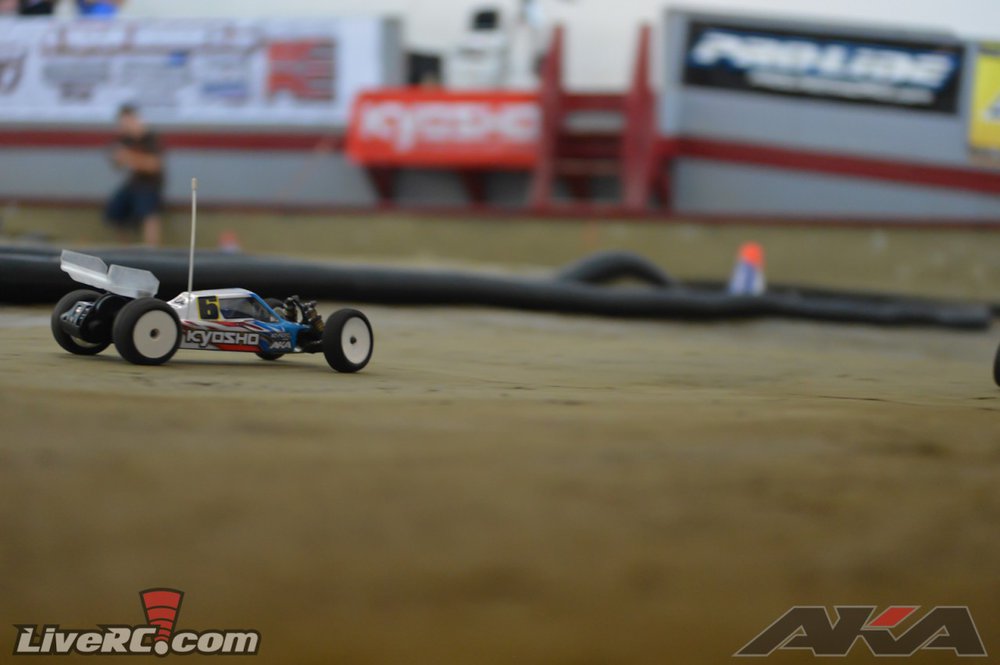 Starting from fourth on the grid, Tebo was the only driver who had anything for Cavalieri - he closed within a half second in A1, and finished less than two seconds behind in A2. With Cavalieri sitting out the third A-Main, Tebo won ahead of Maifield and Evans to secure second overall with Maifield third. 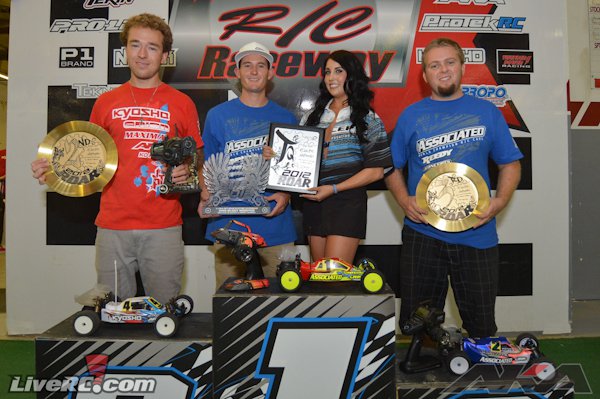 Modified 4WD buggy
Ryan Cavalieri started off qualifying for the 4WD class by beating Jared Tebo by over a second, but Tebo responded back with the only 20-lap run of Q2 to split the first day. Cavalieri poured it on after that, setting the fastest time in the third and fourth rounds to take the overall TQ. 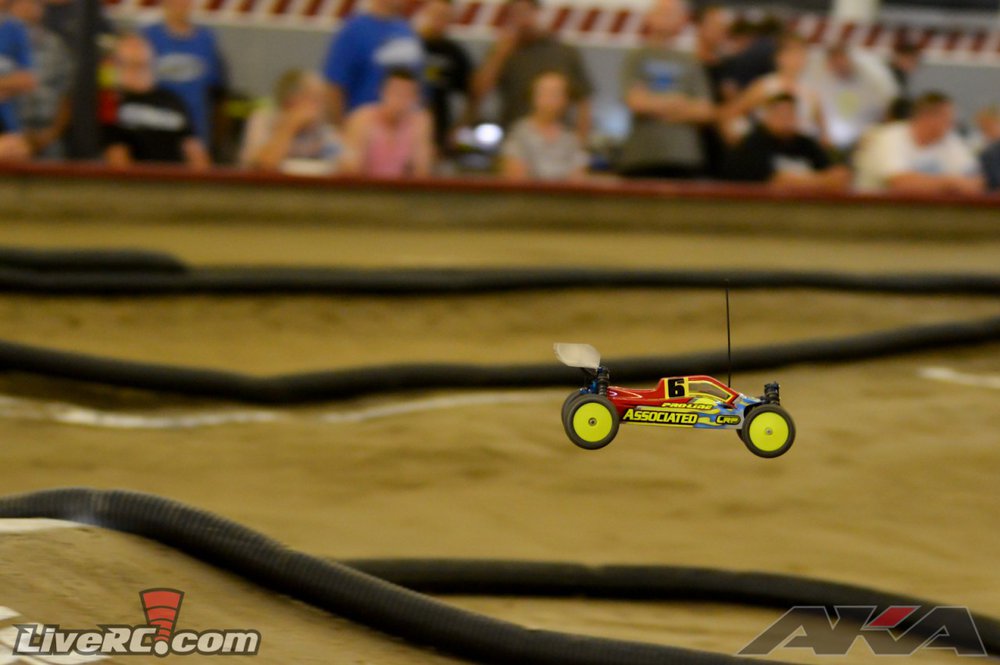 In a near-repeat of 2WD, Tebo kept Cavalieri honest for the first two mains but couldn’t stop him from wrapping up the title. The two were separated by less than a second each time, but it simply wasn’t close enough. 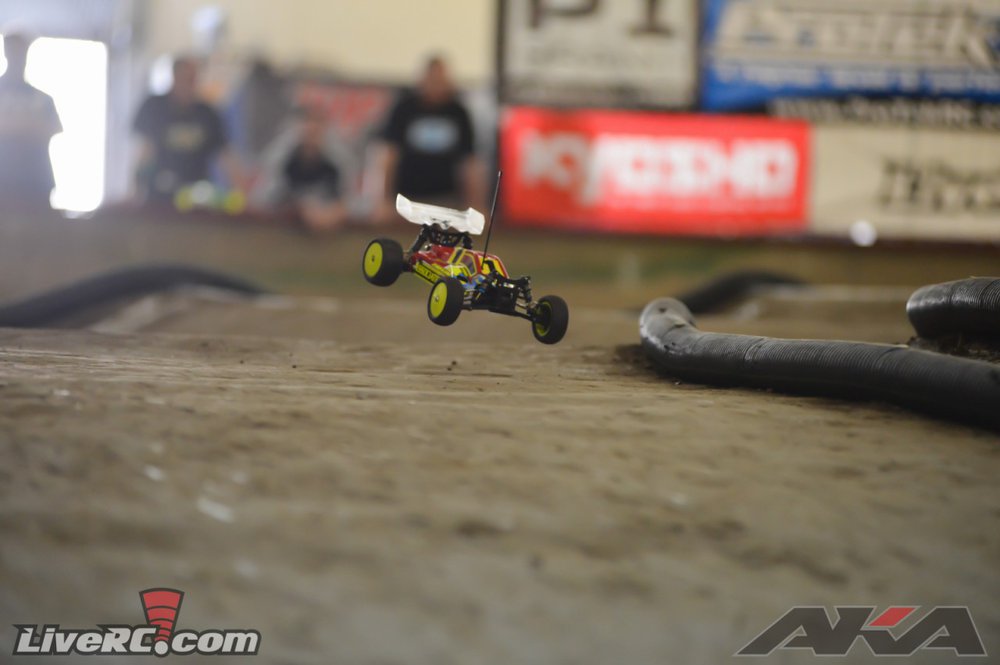 Tebo finished second in all three main events, which secured the second spot on the podium. 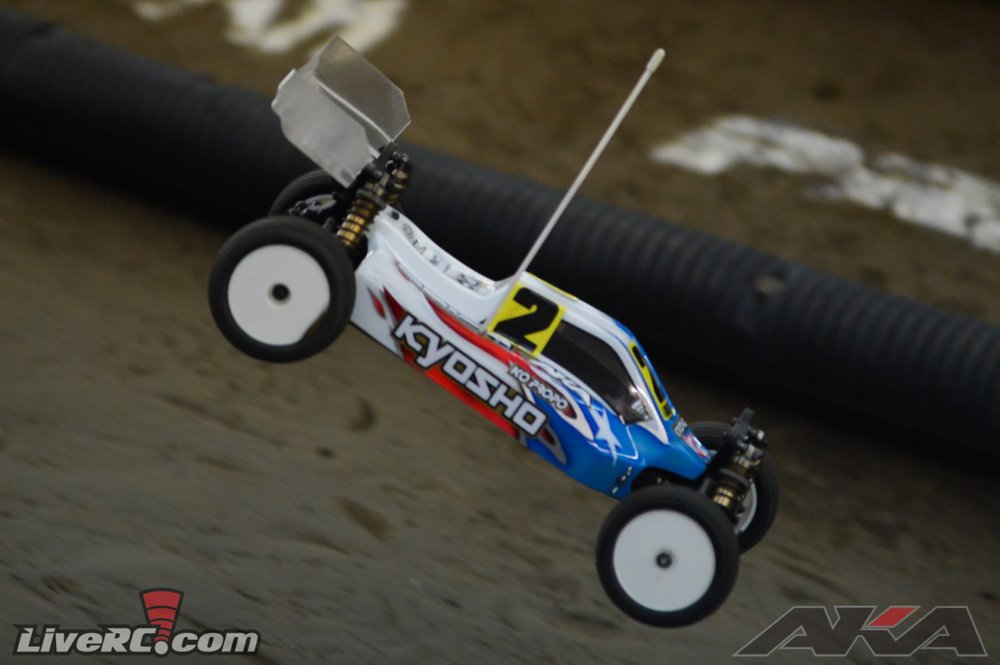 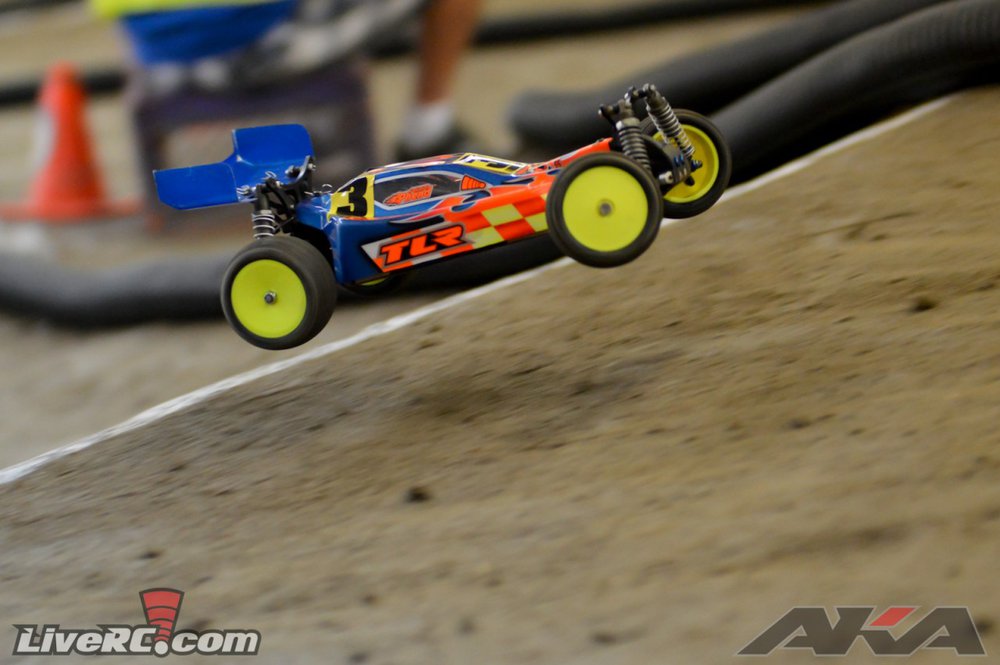 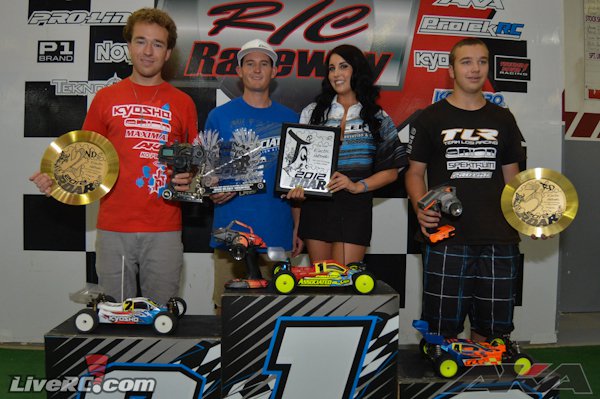 Modified Racing Truck
This class was the most lopsided of the first weekend of racing. Cavalieri crushed qualifying, setting the fastest time in all four rounds. After a small slip-up in Q1, Tebo  finished second in every other round to start second on the grid. 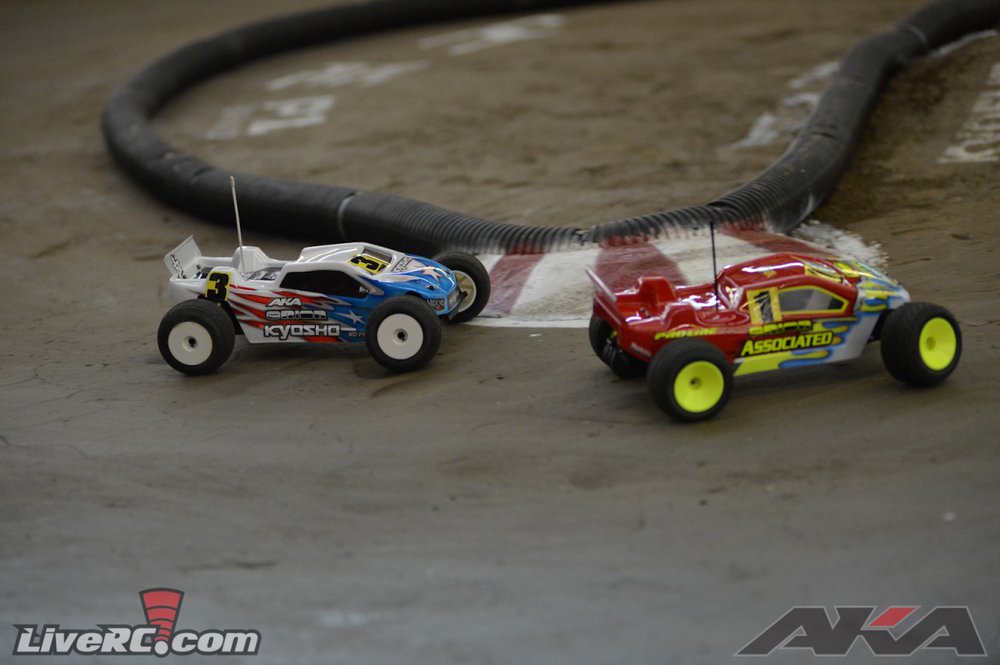 The onslaught continued in the finals. Cavalieri won A1 and A2 by five seconds each to wrap up his third title of the day, while Tebo struggled - finishing eighth in both races. 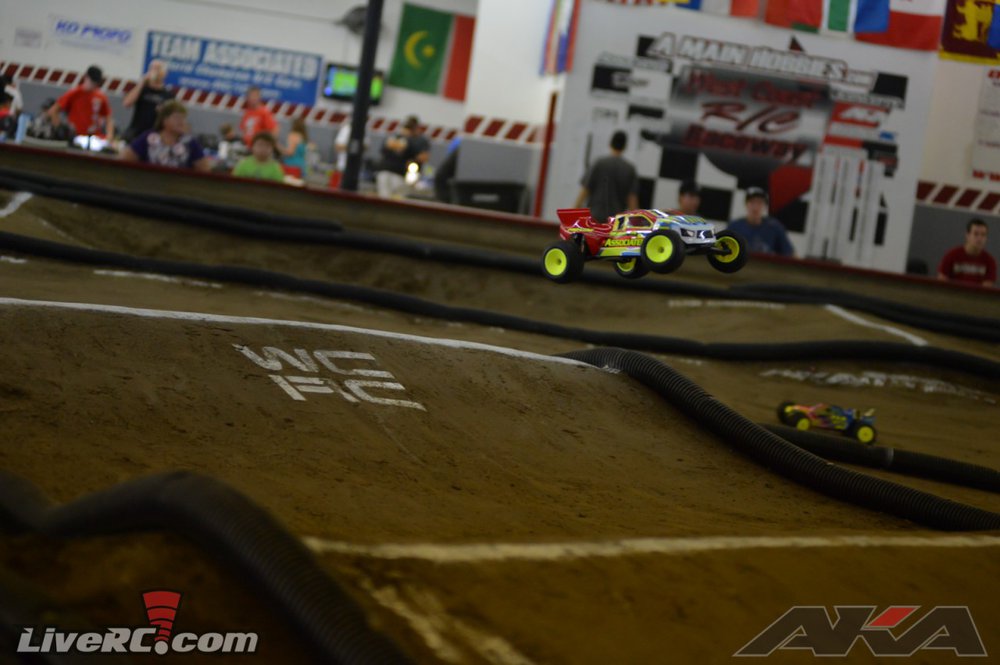 That left the door open for Ryan Maifield and Dustin Evans, who finished second and third overall despite Tebo’s A3 win. 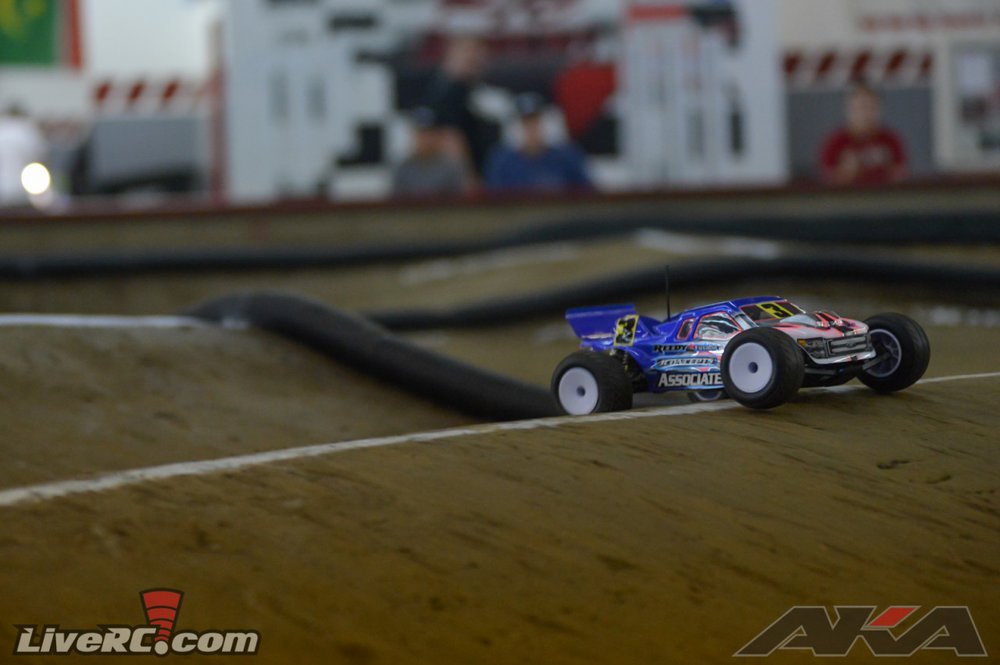 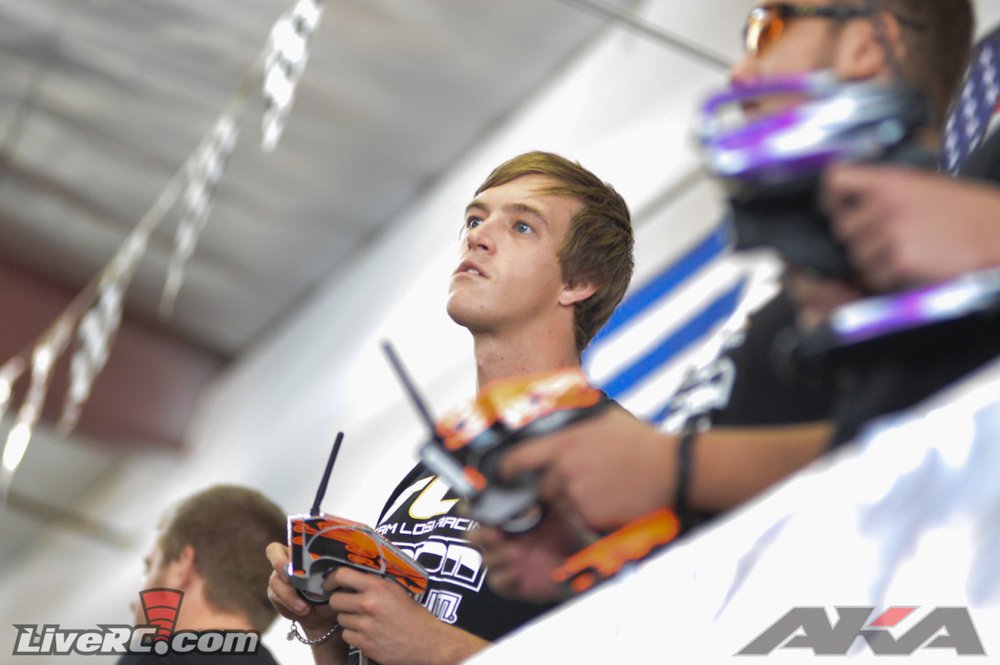 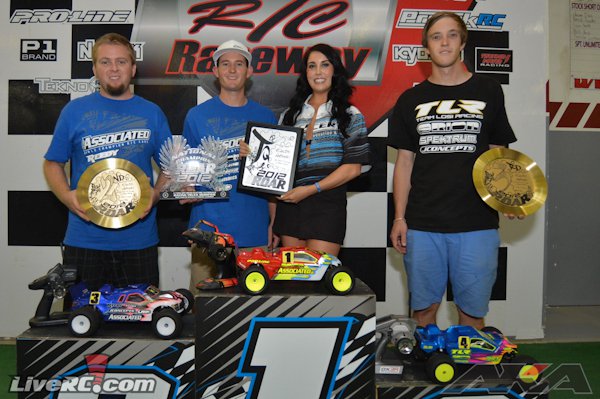 After a day off for some track work, the second half of the Super Nationals began with a practice day. The 1/8-scale truck class was scratched as no one showed up, and the low turnout for the remaining classes led to the program being shortened by one day.
2WD Short Course
Once again, Ryan Cavalieri earned the Top Qualifying spot in the 2WD class - but this time, he needed three A-Mains to lock up the overall. After Cavalieri won A1, Ryan Maifield fought back in A2 to force the title-deciding A3. Cavalieri outpaced his teammate for the championship, while third qualifier Jared Tebo secured the final podium spot. 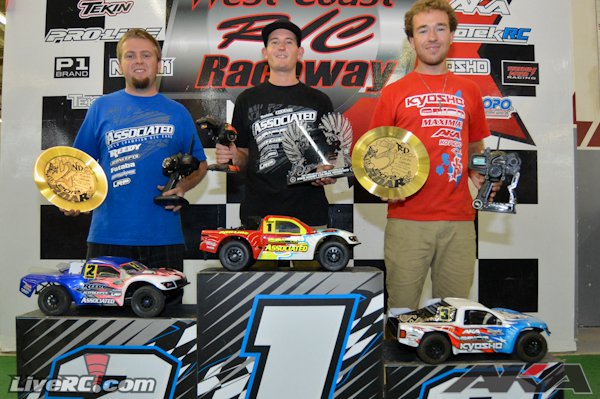 4x4 Short Course
Ryan Maifield earned the TQ in 4x4 short course ahead of Ty Tessmann, who piloted a TLR TEN-SCTE for the event. Maifield held off Tessmann by less than four-tenths of a second in A1 and then pulled away for a 6.5-second gap in A2 to earn the overall. In A3, Dakotah Phend beat Tessmann by almost six seconds, which allowed him to snatch second overall by less than eight-tenths of a second. 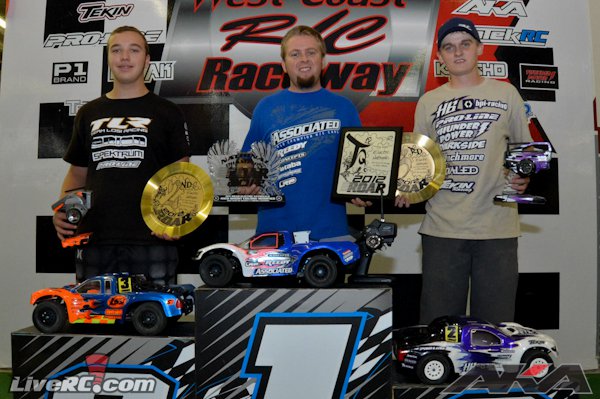 1/8-Scale Buggy
Driving a Hot Bodies D8 converted for electric power with a Tekno RC chassis, Ty Tessmann earned TQ for the 1/8-scale buggy class ahead of Jared Tebo. Tessmann’s only competition in the main events came from Steven Hartson, who started fourth. Hartson finished less than a second behind in A1, but by the time he fought his way to second in A2 Tessmann was nearly six seconds ahead. Jared Tebo won A3 ahead of Ryan Cavalieri, but Hartson had already earned enough points to finish second overall. 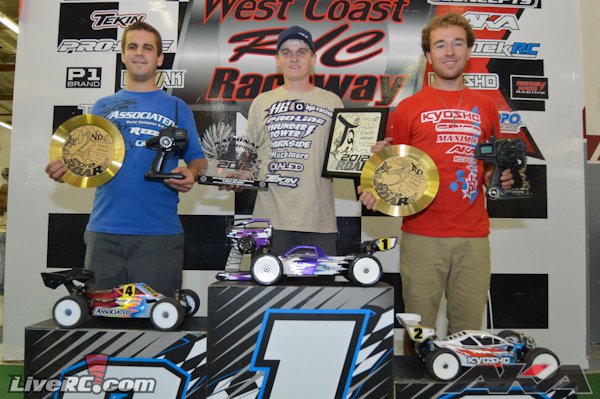 ROAR hasn’t attempted the “Supernationals” format since, opting instead to separate the 1/8-Scale Buggy and Truck classes along with 4x4 short course into its own separate event and realigning the 2WD short course divisions with the typical 1/10-scale buggy and Racing Truck races. So while we may not get to camp out at the same track for over a week’s worth of racing, this next weekend at SRS Raceway provides another chance for someone to match Ryan Cavalieri’s incredible week in 2012 in which he earned four national titles. 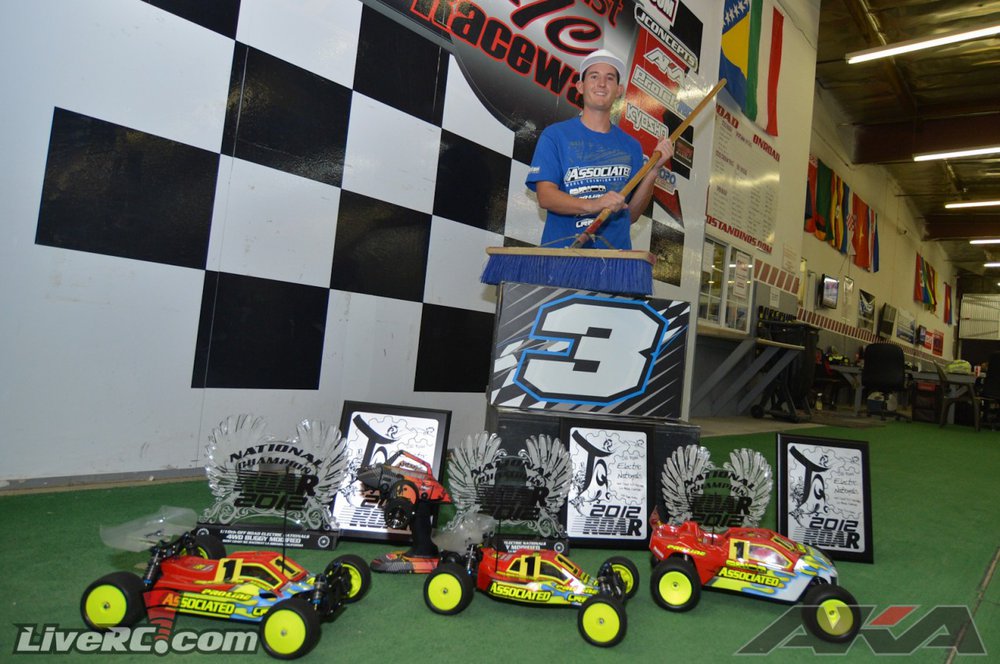