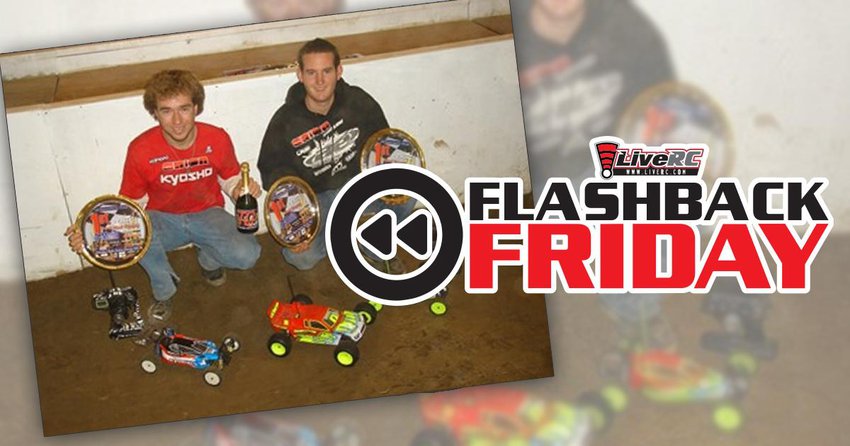 The new year is just around the corner, and for many years the first major 1/10-indoor race of the season has been the CRCRC Midwest Championships in Columbus, Ohio. This is where many top professional drivers "shakedown" their new rides for the first time at a major event, and despite the cold winter weather, the racing is usually HOT. For this week's Flashback Friday we travel back nearly ten years ago to the 2009 CRCRC Midwest Championships held at the Ohio Expo Center to re-live the exciting Mod 4wd Buggy battle between Team Associated's Ryan Cavalieri and Kyosho's Jared Tebo.

Mod 4wd Buggy A1 - A dramatic ending saw Jared Tebo take the win by .2 seconds over Ryan Cavalieri after Cav gets caught up with his team manager Brent Thielke less than a straightaway from victory.

Mod 4wd Buggy A2 - After a minute of close racing, Tebo sweeps a bit wide and Cavalieri tries to make a move. The two come together (1:15), sending Tebo flipping as Cavalieri takes the lead and ultimately the A2 win.

Mod 4wd Buggy A3 - With Tebo winning A1, and Cavalieri winning A2, it all came down to this race to decide the overall winner. The two drivers went nose-to-tail for the first two minutes when disaster would strike for Cavalieri, ending his chances at the overall. Tebo cruises to victory and claims the 2009 CRCRC Midwest Mod 4wd Championship win.

The 4wd buggy class was not the only class that saw these two battle so close. Jared Tebo would win the 4wd title with Cav in 2nd, but it was Ryan Cavalieri who would win Mod 2wd Buggy and Mod Stadium Truck with Tebo in 2nd. Check out the top 10 results from each A-Main below (Note: LiveRC's very own Brandon Rohde landed himself an A-Main finish in Mod Truck). 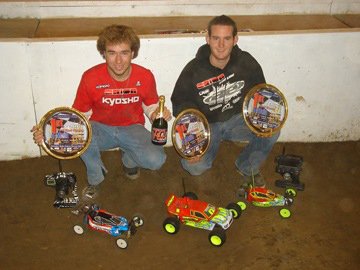 Watch the LIVE COVERAGE of the 2019 CRCRC Midwest Championships on January 9-13, 2019 on LiveRC.com!