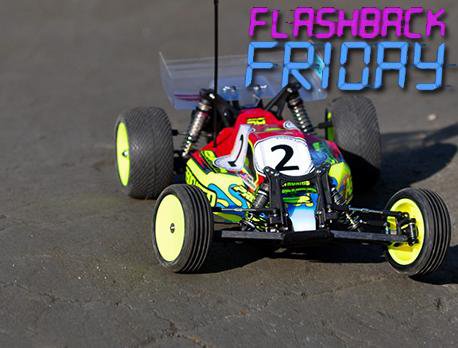 Everybody knows that Friday is meant for reminiscing old times. Each week we take you back in time as we flashback to some of R/C racing's greatest moments, products, drivers, and more!
Flashback: 2011
Ryan Cavalieri joins elite company of IFMAR Electric Off-Road World Champions
In ten weeks from tomorrow, the fastest 1/10-scale electric off-road 2WD and 4WD buggy racers on the planet will begin the 2015 IFMAR World Championships on the astroturf - for the first time ever - at Yatabe Arena.
Four years ago today, Ryan Cavalieri joined the most elite crowd in RC racing history.
The Pitkamaki Race Center in Vaasa, Finland hosted the 2011 IFMAR Electric Off-Road Worlds, on a high-speed, winding dirt track adorned with jumps made of blue carpet. 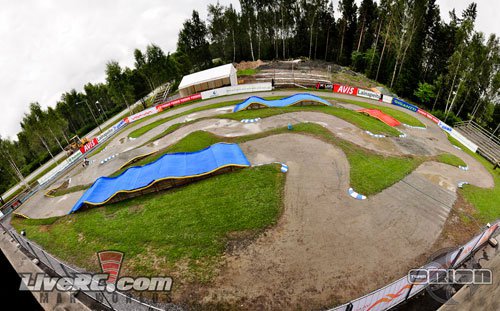 Neil Cragg earned the overall TQ in the 2WD portion of the race, despite being 4th with just one round left to go. After setting the fastest time in the final round, Cragg jumped ahead of Cavalieri in points to earn the front row starting spot for the finals, with Cavalieri edging then-teammate Ryan Maifield. Despite being the only driver to set two TQ runs, Jared Tebo started fourth, ahead of Dustin Evans in one of the two TLR buggies. 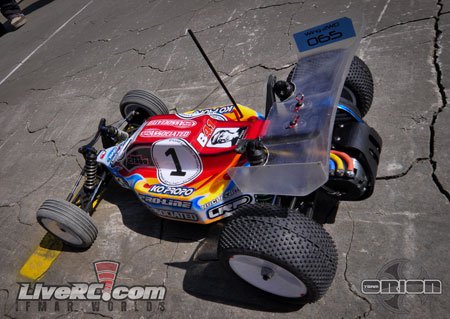 These were the ten drivers who made the 2WD final: 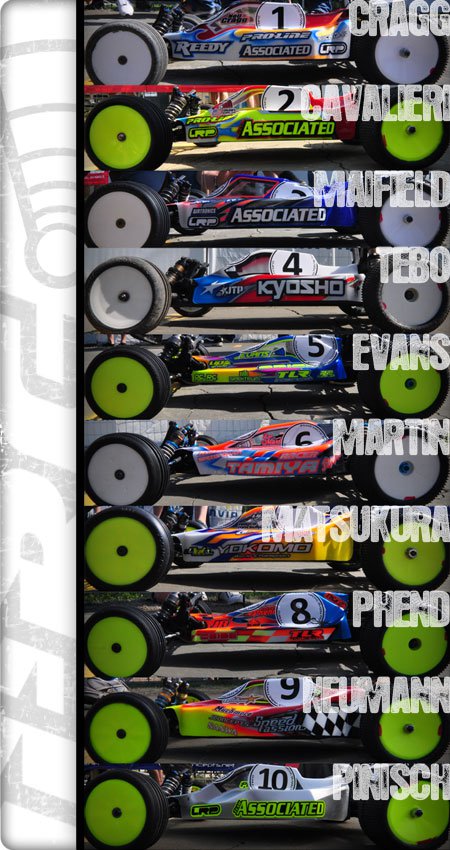 In the first A-Main, Jared Tebo - who had shown streaks of being clearly the fastest car on the track during qualifying - instead smartly and consistently wheeled his way to the win. Early mistakes from Cavalieri and Maifield allowed him to move up to second, and he was able to pass Cragg for the win. Cavalieri eventually closed and took advantage of a late-race mistake to finished second, with Cragg third.
In the second A-Main, Cragg crashed over a large double jump and never recovered, finishing sixth. Cavalieri finished comfortably ahead of Ryan Maifield, with Jörn Neumann a distant third. A1 winner Tebo was caught in an opening lap pile-up and finished fifth. 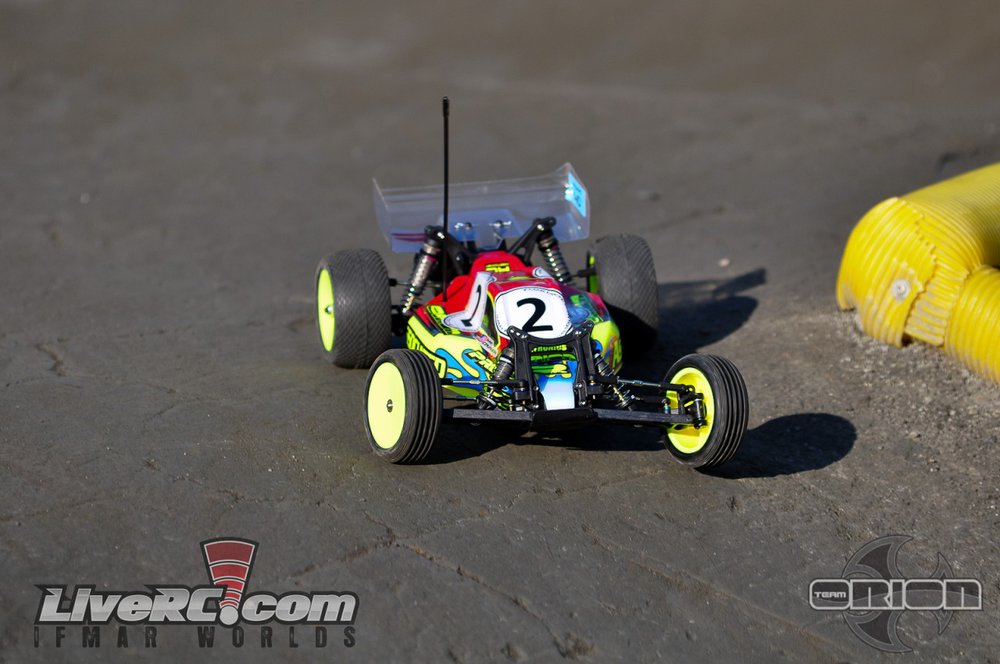 The title-deciding third main event began before the tone, as Cragg’s car broke in warm-up. Cavalieri led his fellow title contenders Ryan Maifield and Jared Tebo from the grid until Tebo broke on lap ten, and Cavalieri withstood pressure from Maifield to lock up the title. Maifield scored enough points to secure the title with Tebo third. 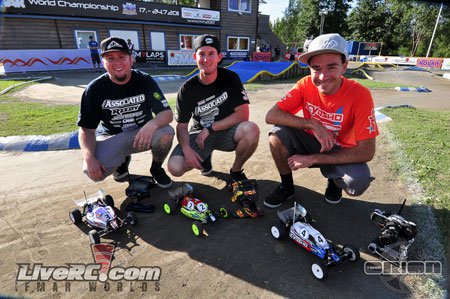 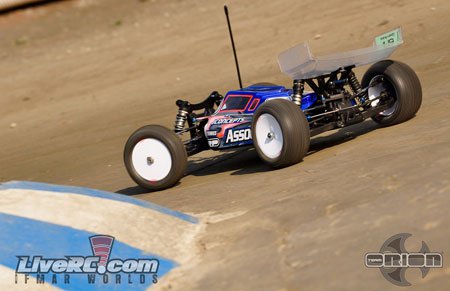 And then a storm hit the Pitkamaki Race Center. 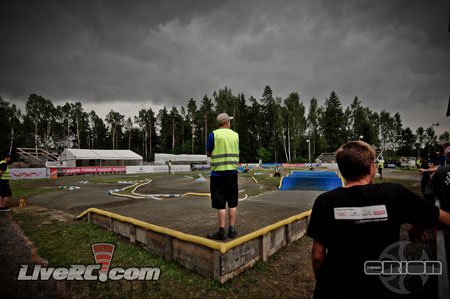 And despite the track crew’s best efforts, the fourth and fifth rounds were a wash. 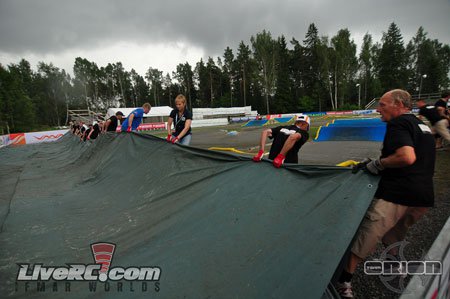 With two of three rounds counting, Ryan Maifield easily locked up the overall TQ. This was the starting lineup for the Triple A-Mains: 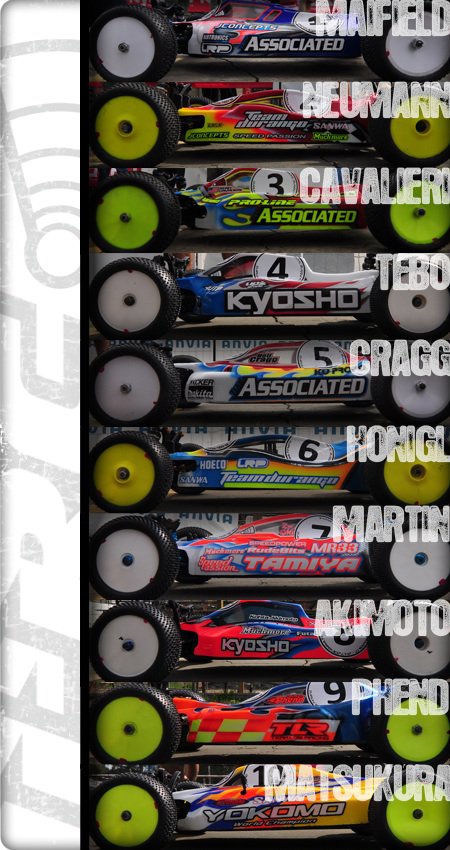 Maifield led the start of A1 until the fifth lap, when he made a mistake on the large quad jump and Neumann went to the lead with Tebo in second. Tebo crashed on the following lap, allowing Cavalieri to move into second and Neumann to stretch out a five second lead. On lap ten, with about 90 seconds to go, Neumann’s car rolled to a stop with an electrical failure. Cavalieri held off a late charge by Tebo to win A1.
The second A-Main ran quite similarly to the first: Maifield crashed out of an early lead and Neumann looked to be in the perfect position to take a round win. Cavalieri reeled in Neumann and forced the German into a mistake - getting out of shape in the washboard section and tumbling off the track. Cavalieri coasted to the title by over two seconds ahead of Jared Tebo, with Neumann in third. 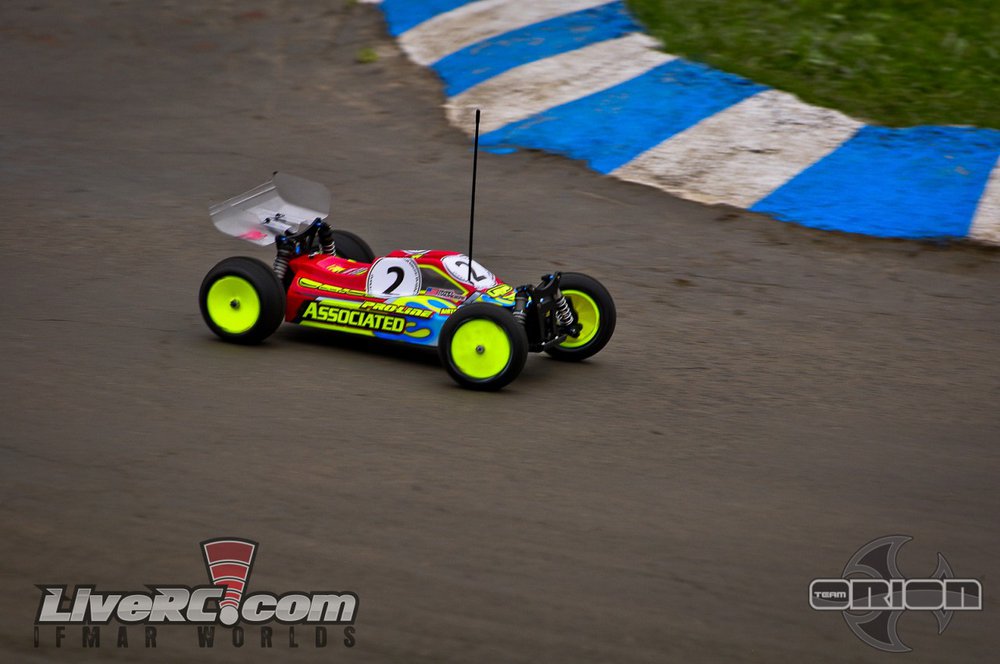 In the third A-Main, Neumann took the win with a daring pass on Maifield in the final corner. Hupo Honigl finished third ahead of Lee Martin and Jared Tebo. The results in A3 gave Neumann enough to finishes second ahead of Tebo. 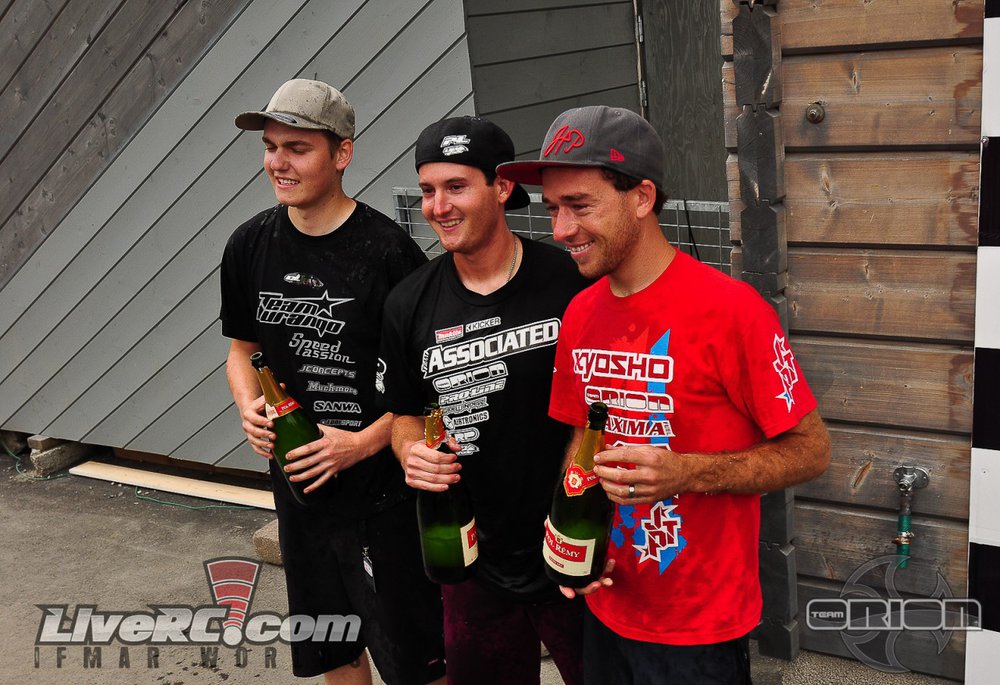 Just how big was Cavalieri’s historic double-win in 2011?
He became just the third driver to sweep 2WD and 4WD in the same year. Masami Hirosaka did it first in 1989, and then Martin Achter - a German racer who took advantage of the 2009 Worlds in South Africa being boycotted by the factory teams - repeated the feat twenty years later. 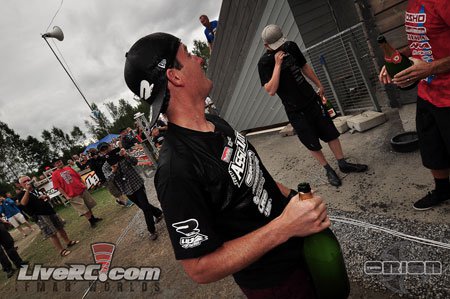 Cavalieri’s third and fourth World titles moved him up to fourth on the all-time list, a position he now shares with Marc Rheinard and Naoto Matsukura after their victories in Florida at the Electric On-Road Worlds last year. 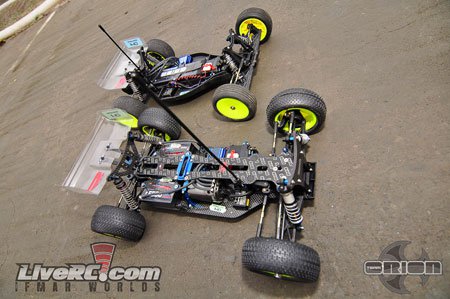 At the time, Cavalieri was the fifth driver to win a 2WD title, and it moved him into second all-time with three 4WD championships. Cavalieri also joined Hirosaka and Achter as the only drivers with both a 2WD and 4WD victory, though Tebo made that a four-person group two years later.

The 2011 IFMAR Worlds was the last time that a rear-motor car won the 2WD class.
Flashback Friday
Share:
blog comments powered by Disqus