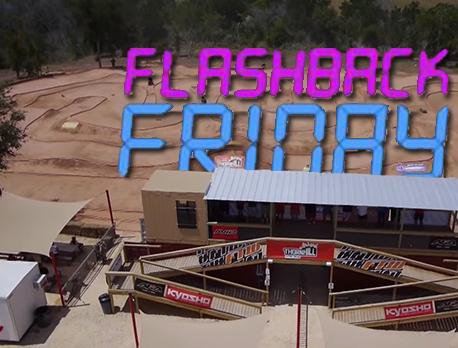 Everybody knows that Friday is meant for reminiscing old times. Each week we take you back in time as we flashback to some of R/C racing's greatest moments, products, drivers, and more!
Flashback: July 4, 2013
Thornhill RC Circuit's Grand Opening
After watching the incredibly huge, purpose-built racing facility in Hutto, TX host races like the Lonestar Nitro Challenge and 2014 ROAR Fuel Off-Road Nationals, as well as build an additional indoor electric track on-site called Thornhill Jr., it can be easy to forget that the Thornhill RC Circuit is only two years old.
With a track layout designed and built by Joey "The Dirt" Christensen, Thornhill RC Circuit opened with a race on Independence Day two years ago. Some of the fastest 1/8-scale off-road racers in Texas, as well as drivers from Mexico and even Brazil, visited the track which sits a short drive from Austin. Native Texan Josh Glancy, then racing for XRAY, made the nearly three hour drive from Fate in the Dallas area and set a lap record at 44.6 on his way to the fastest times in qualifying for both Truck and Buggy classes.
In the first nitro main event, Glancy battled with Kurt Kellum for the first half of the main event for the Truck division until falling out of the race with mechanical issues. By the end of the race, Cade Whitenton caught and passed Kellum for the win while Robbie Darby finished third. 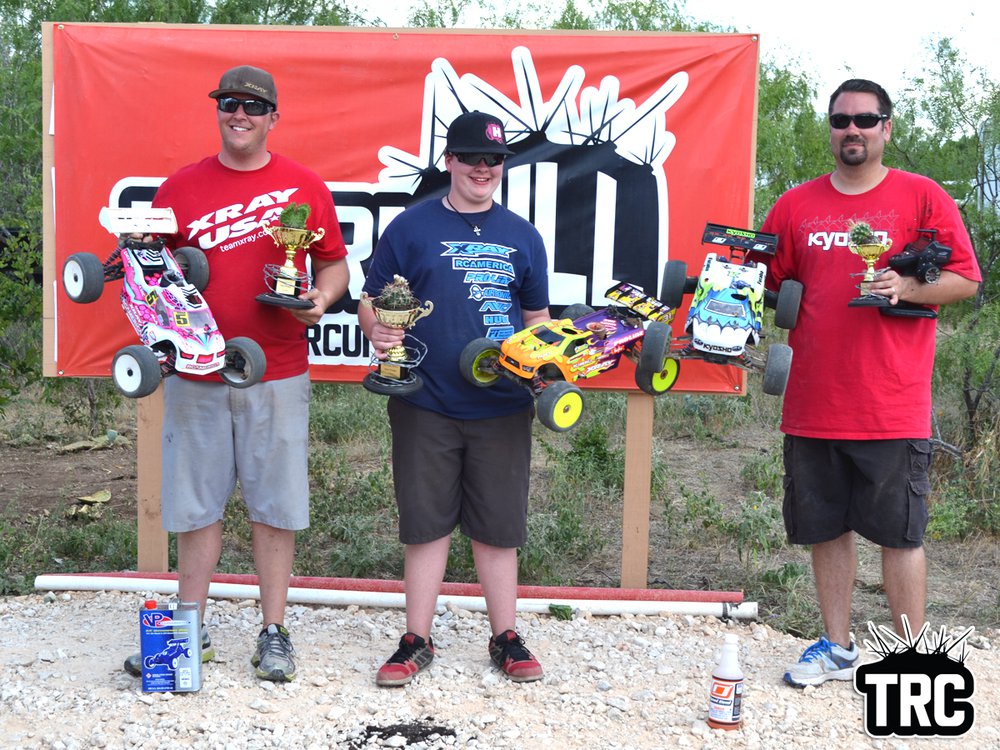 Glancy took full advantage of his chance for redemption in Buggy, leading the race from tone-to-tone for the victory. Kellum had a stronger race as well, holding off Jake Dellinger for second. 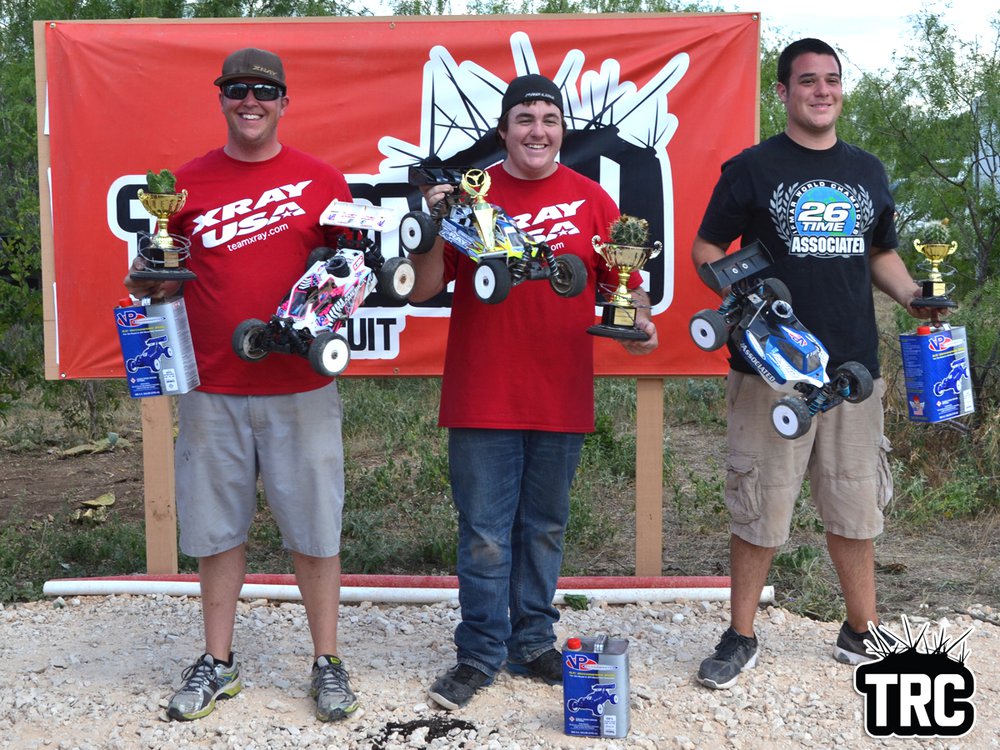 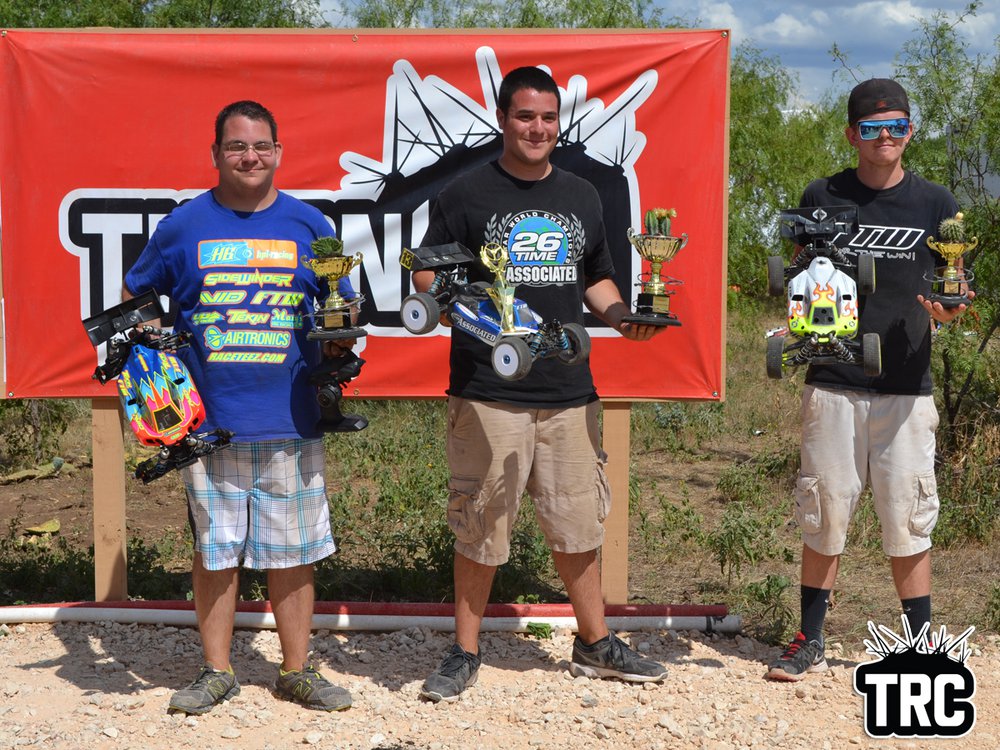 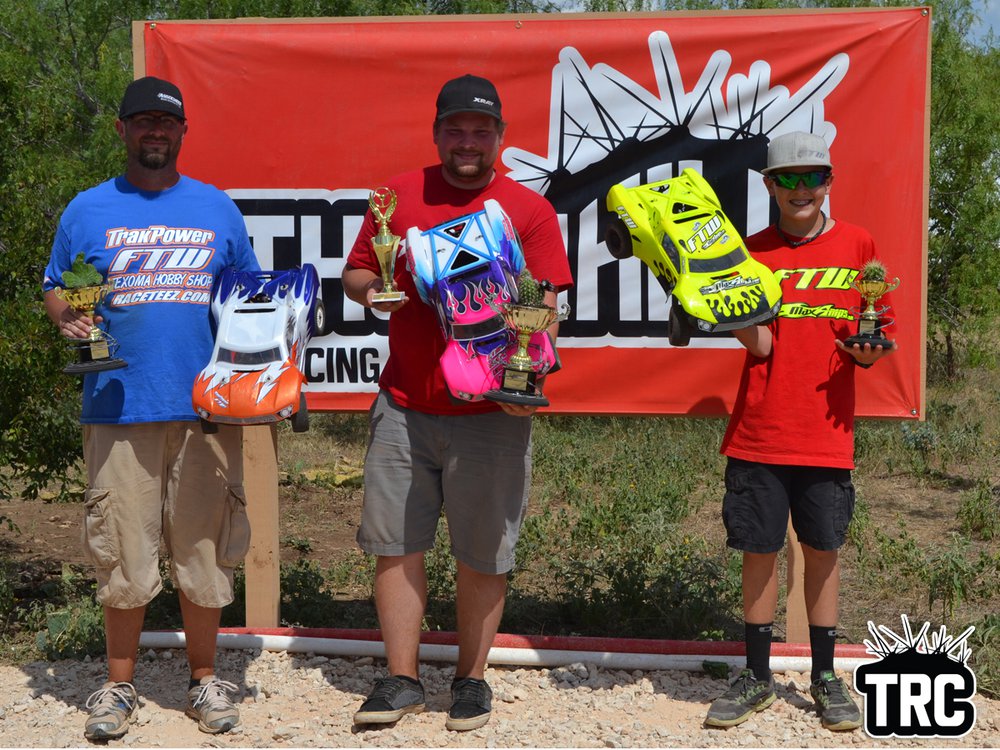 WHERE ARE THEY NOW?

Quite a few of the racers mentioned above have found success since. 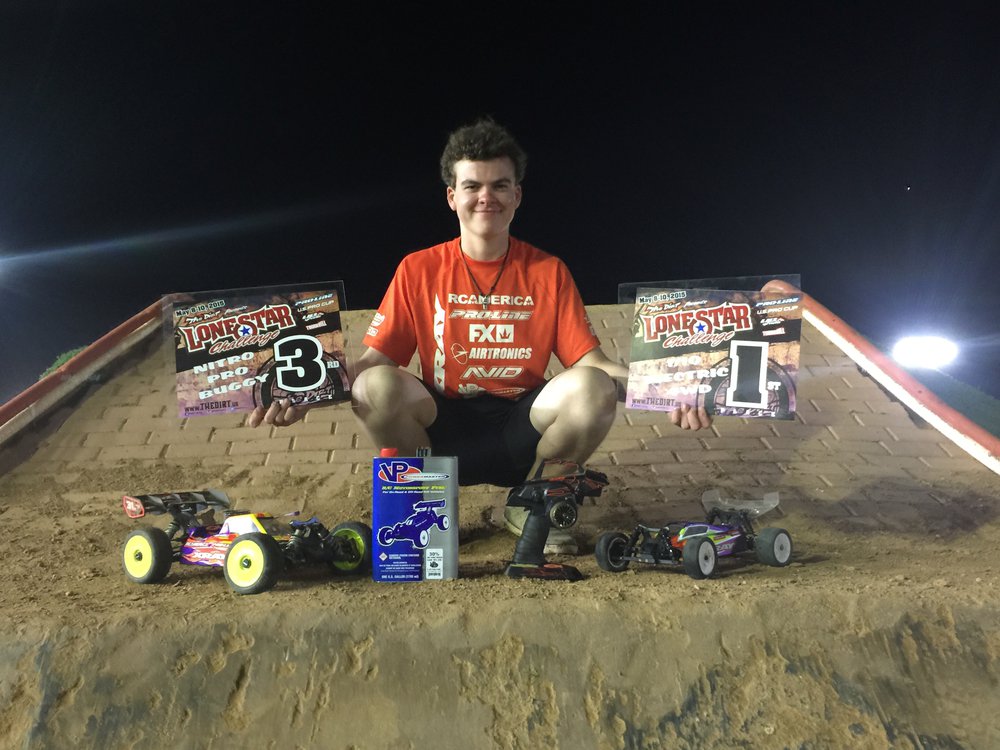 Photo: Pro-Line Racing
Josh Glancy finished third in E-Buggy at the inaugural Lone Star Challenge in 2014, which served as the warm-up for the ROAR Fuel Off-Road Nationals just a month later. 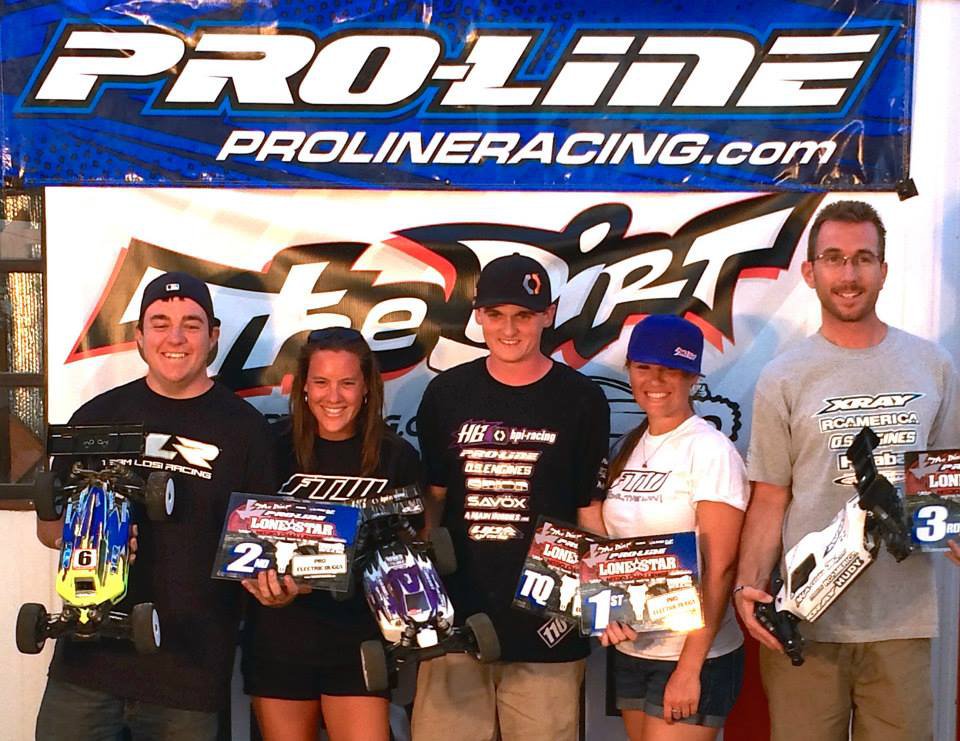 Glancy also made both Truck and Buggy finals at the Nationals: 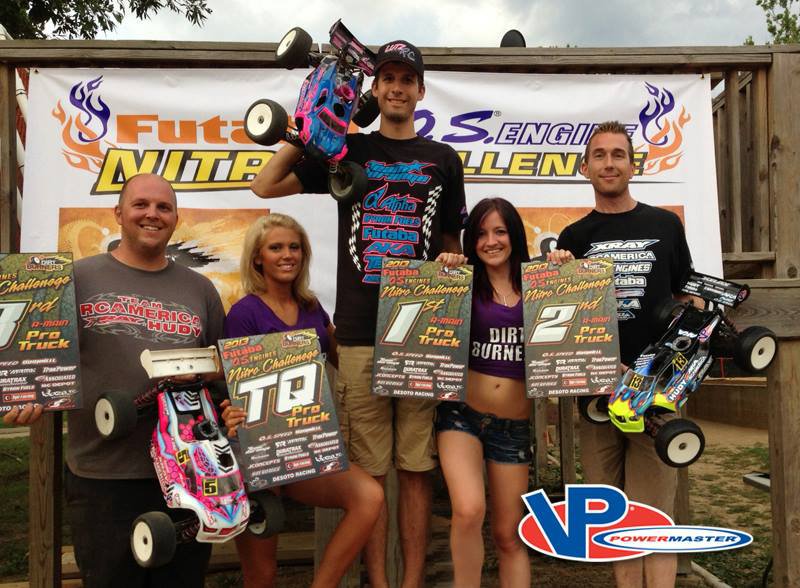 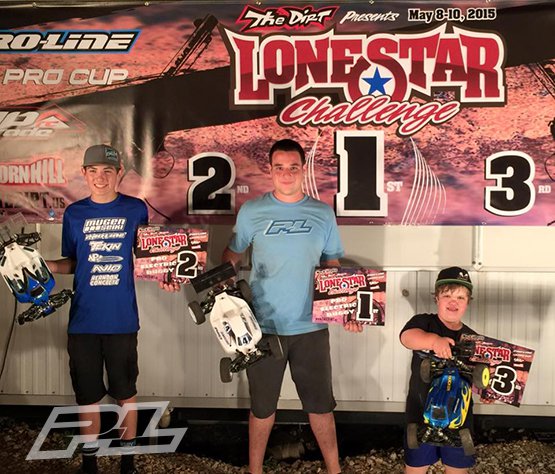 Dickerson, who finished third in Pro 4 at TRC's opening race at just 12 years old, drove his way to the first-ever Junior class podium at this year's ROAR Fuel Off-Road Nationals: 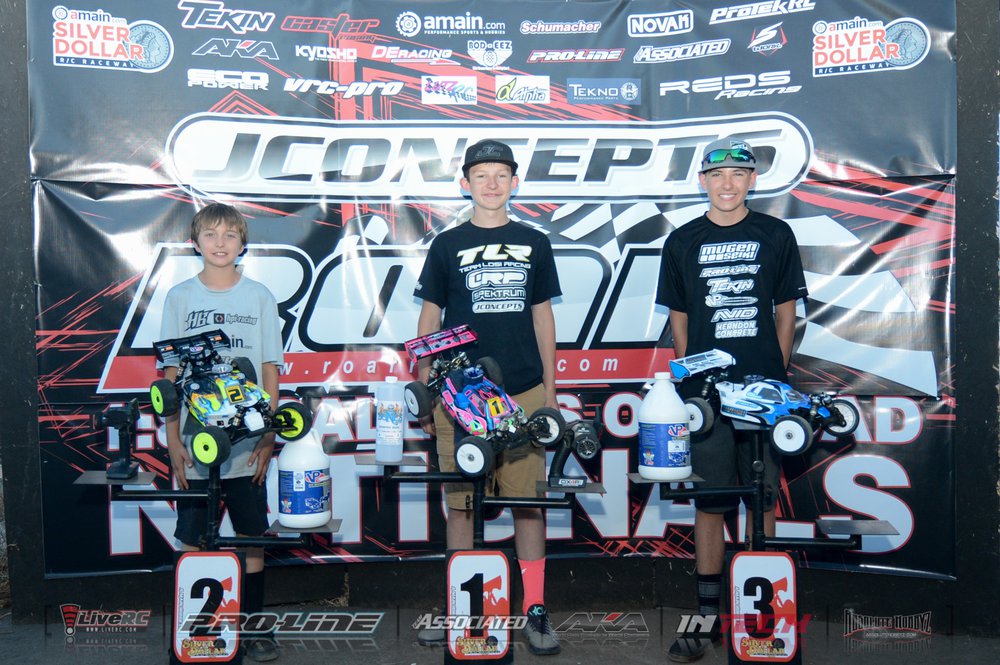