FLASHBACK FRIDAY: How have the Top 25 RC rankings changed in the last two years? 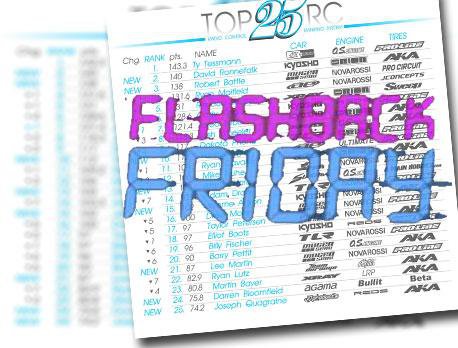 Everybody knows that Friday is meant for reminiscing old times. Each week we take you back in time as we flashback to some of R/C racing's greatest moments, products, drivers, and more!
Flashback: 2014
Top 25 RC Rankings as of May 20
Though many smaller countries throughout Europe run a national series throughout the year, the most important titles in RC racing - the IFMAR Worlds, European Championships, ROAR Nationals, etc. - are all determined over a single weekend of racing. It's a stark contrast from nearly every type of full-size, pro-level motor sport, instituting a small element of situational fortune that has produced a handful of surprise champions throughout the years.
Pacific Northwest racer Rick McCrery launched the Top 25 RC rankings in March of 2014 as a means of providing our industry’s only mathematically calculated standings that puts in order the top 1/8-scale buggy drivers on the planet based on race results. Because there are very few events each year where all of the top 25+ drivers attend, McCrery uses a series of criteria and algorithms to maintain a rolling two-year time period based on events where a minimum number of ranked drivers attend, weighting the most recent events while dampening the effect of an otherwise disastrous DNF.
Click here for a detailed explanation of how the Top 25 RC rankings work:
www.top25rc.com/#!new-how-it-works/ctcd
Since it’s not as clearly defined as, say, a 17-race AMA Supercross season, the rankings are a hot conversation topic on social media - with one’s opinion of how “correct” the standings are heavily dependent on where his or her favorite driver falls.
Though Rick had previously used a similar system to rank the top drivers in the U.S., the first Top 25 RC global standings were published on March 11, 2014, and looked like this: 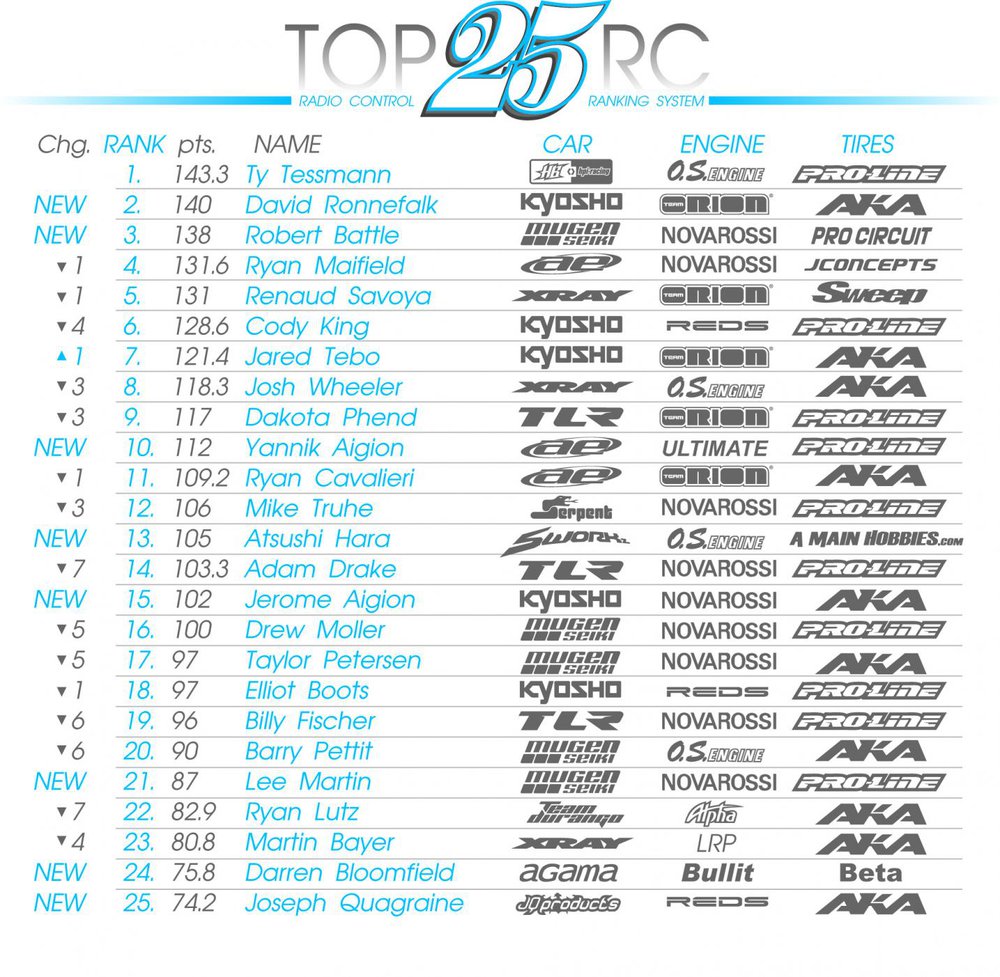 On May 20, 2014, the Top 25 RC rankings were updated after a weekend during which the Euros Warm-Up ran in Sand am Main, Germany and U.S. drivers competed in the Lone Star Nitro Challenge at Thornhill Racing Circuit in Hutto, TX, which served as the official ROAR Nationals Warm-Up. This is what the standings looked like then: 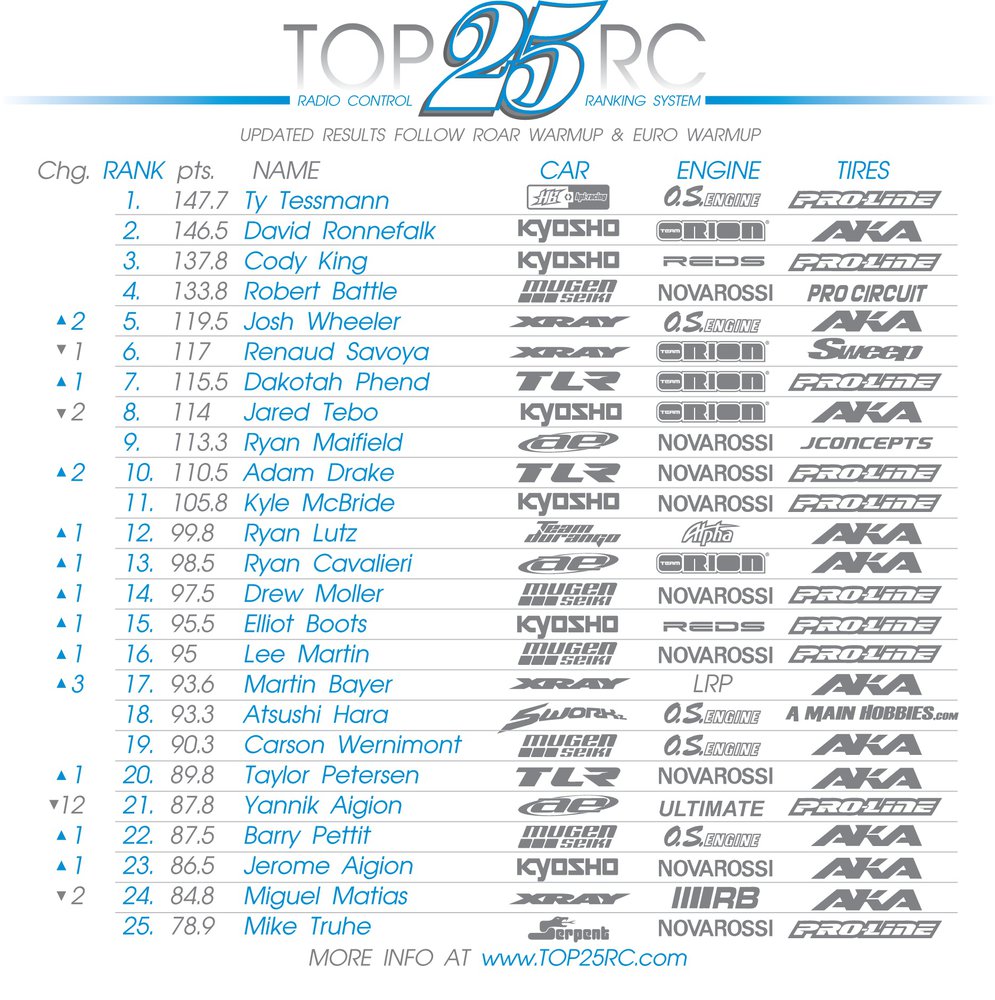 On April 6, 2015, the rankings were updated following the NEO X race in England. 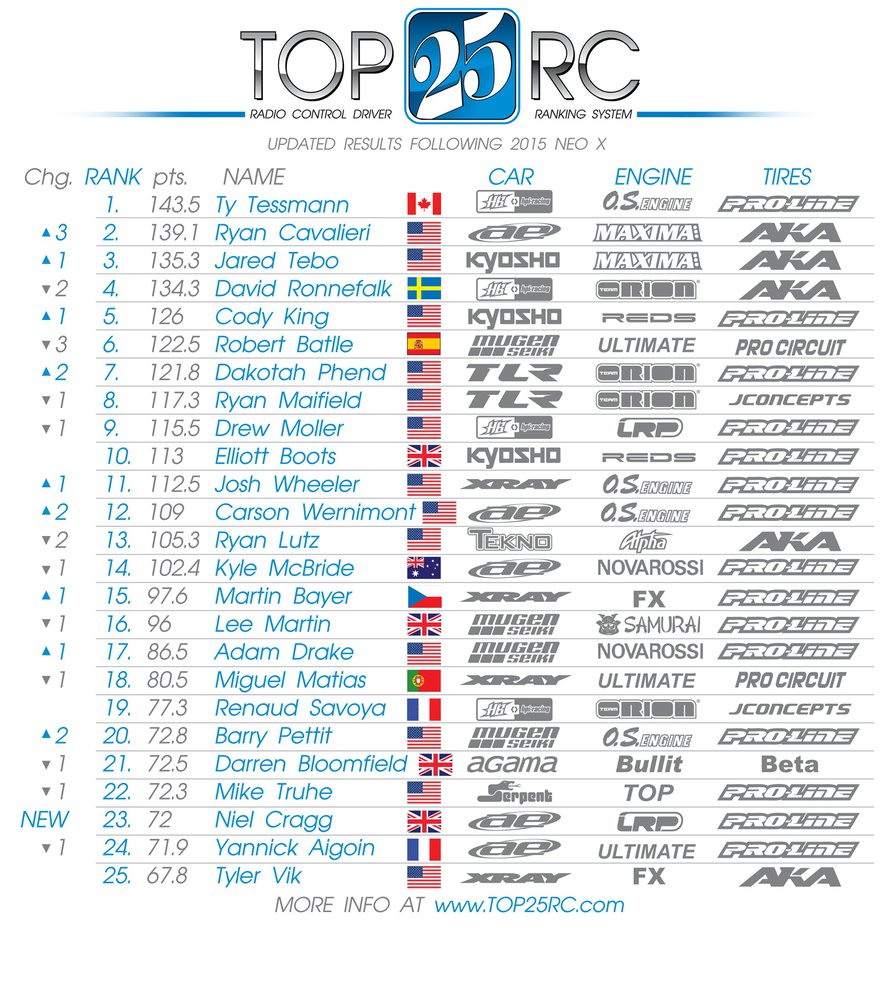 Last week, following the rain-shortened IFMAR Worlds Warm-Up in Las Vegas, the latest version of the Top 25 RC Rankings were as follows: 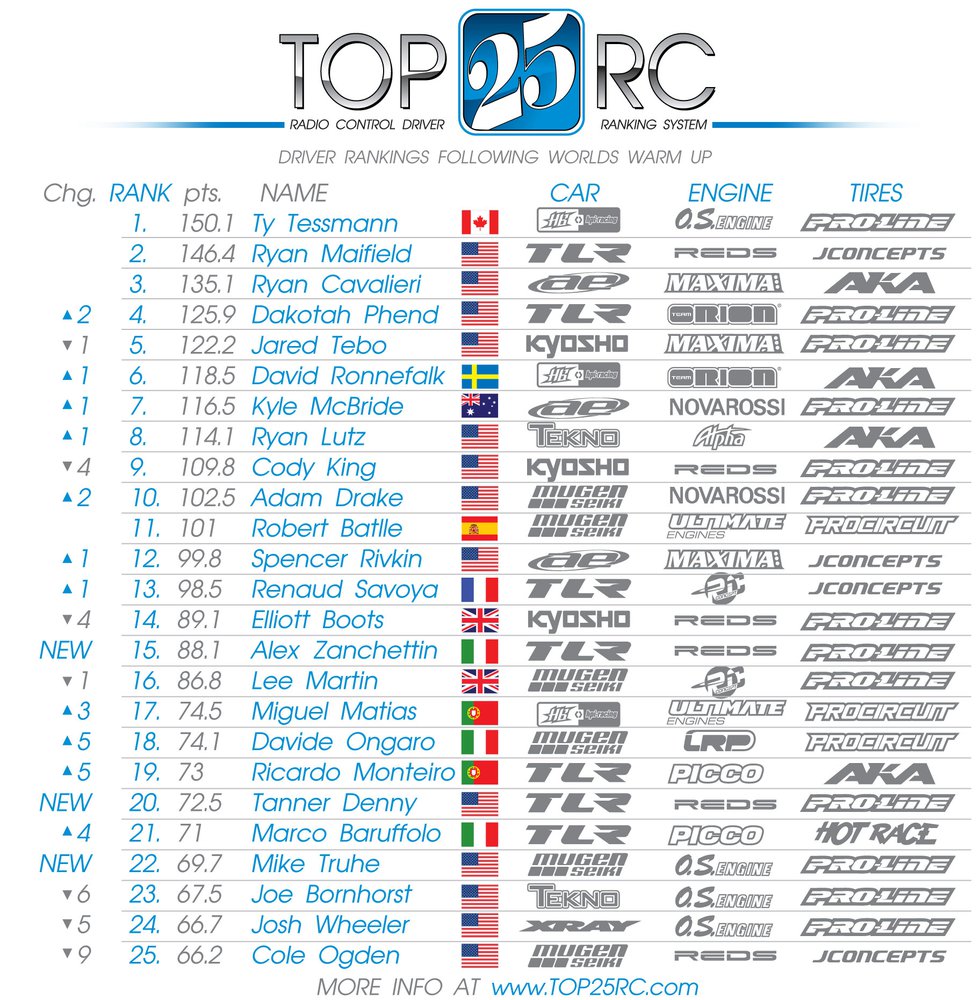 What patterns do you notice across the four sheets?
Flashback Friday
Share:
blog comments powered by Disqus