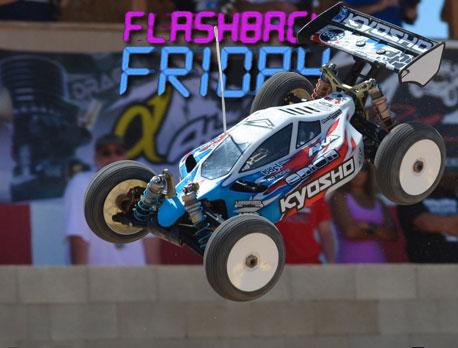 Everybody knows that Friday is meant for reminiscing old times. Each week we take you back in time as we flashback to some of R/C racing's greatest moments, products, drivers, and more!
2013
Jared Tebo and Ryan Lutz split Silver State wins
The format for the 2013 Silver State, hosted by the Southern Nevada RC group at the Boulder City RC Speedway, consisted of three qualifying rounds for all classes — two on Friday, and one on Saturday before lower main events. In addition to Nitro Buggy and Truck categories for experts, sportsman-level racers and competitors 40 and over, it was one of the first major events to draw top pros to the emerging E-Buggy class, including Kyosho star Jared Tebo - who made his first-career appearance. 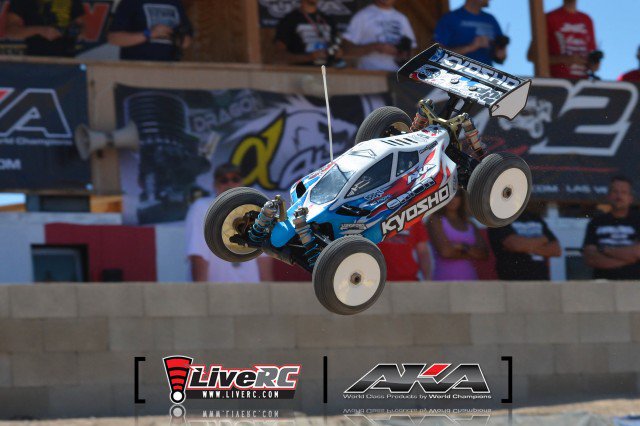 One driver who was not at the event, however, was Ryan Maifield - he had just won the Pro Buggy title at the Dirt Nitro Challenge, but sponsor obligations dictated that he attend the JConcepts Spring Indoor Nationals. The Trackside Hobbies round of the Short Course Showdown series further diluted the field at Silver State, but the top remaining U.S. fuel off-road racers still put on a show. 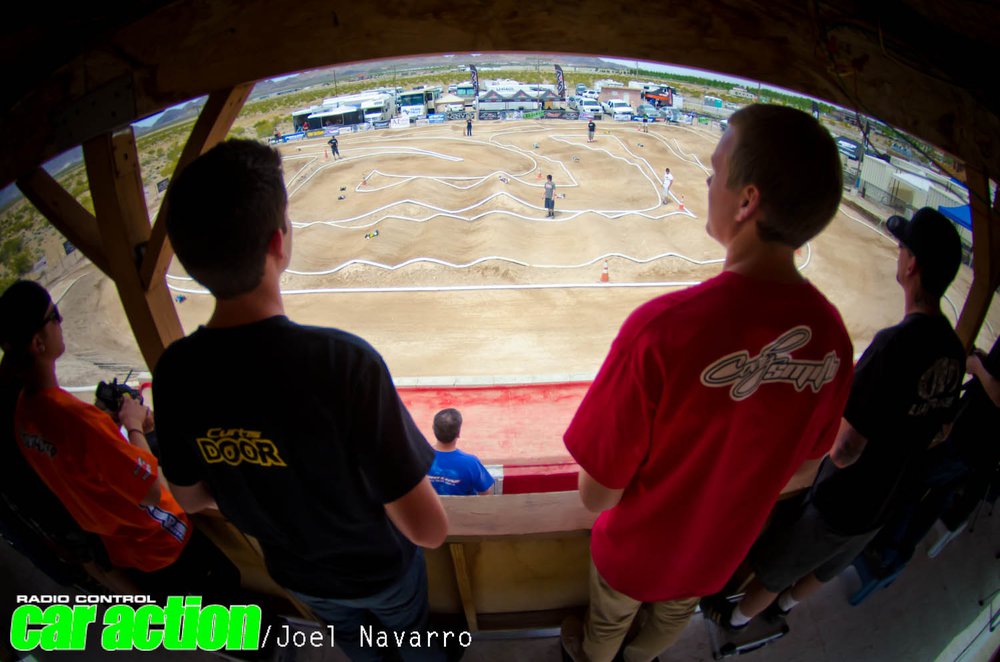 Photo: Joel Navarro, RC Car Action
Various promoters had organized the Silver State at Boulder City from 2005-2009, then again in 2011-2012, often coping with severe weather and drastically changing track conditions. However, the SNVRC group brought in truck loads of clay ahead of the event, and the weekend was blessed with a temperate climate that allowed racers to focus on the track. Just because it didn’t blow out doesn’t mean it was easy! 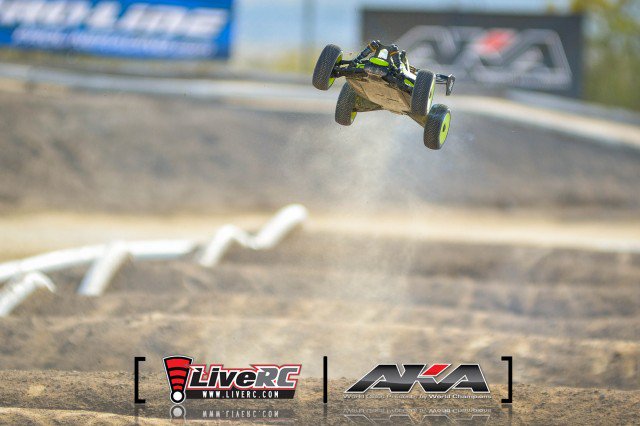 The driver who figured out the conditions better than anyone else, especially at the beginning of the week, was Ryan Lutz — then of Team Durango. He earned the overall TQ honors in all four classes he entered: Expert Nitro Buggy, Expert Nitro Truck, Open Electric Buggy, and 4x4 Short Course. Grabbing the front row on the grid for the Expert Buggy class required setting the fastest time in the final round to edge Mike Truhe, then with Team Losi Racing, on a tiebreaker. 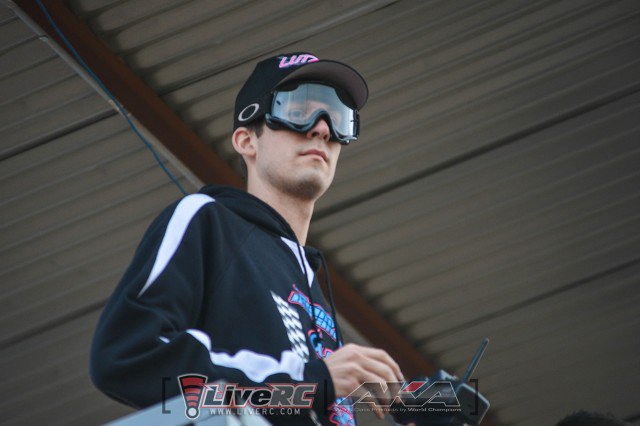 In the Expert Buggy class, 2005 and 2009 champion Tebo earned his third Silver State title as he took advantage of a late-race mishap by Team Associated’s Ryan Cavalieri, while Lutz held onto third. 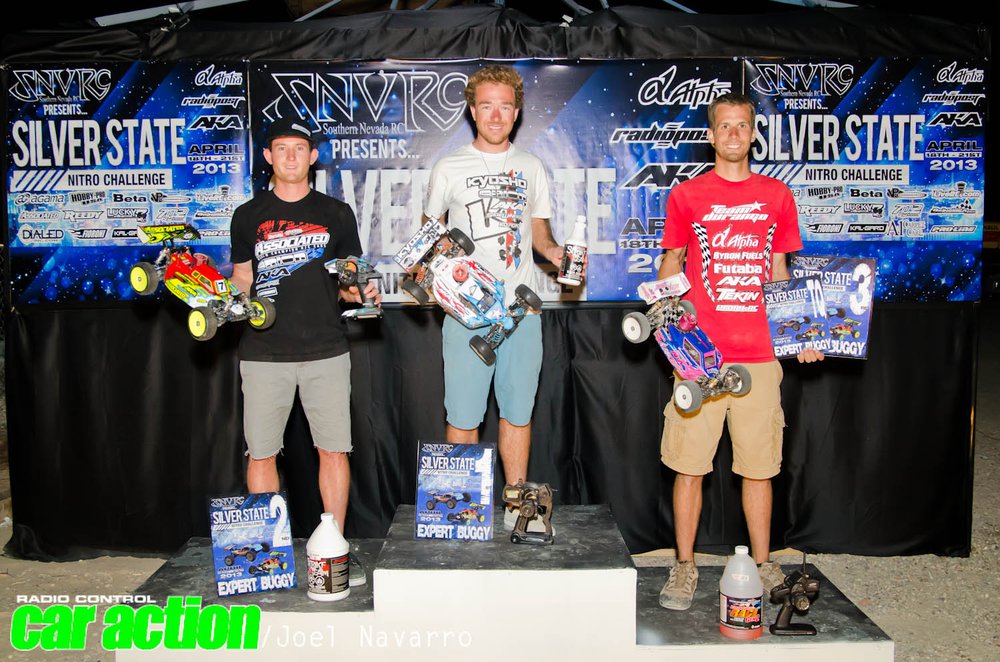 Photo: Joel Navarro, RC Car Action
Expert Nitro Buggy
Here’s the video replay from Joel Navarro at RC Car Action:
In the Expert Nitro Truck category, Lutz made full use of the TQ advantage to win the biggest race of his career until that point; he won Expert Truck at Silver State again in 2017. Tebo and Cavalieri again completed the podium 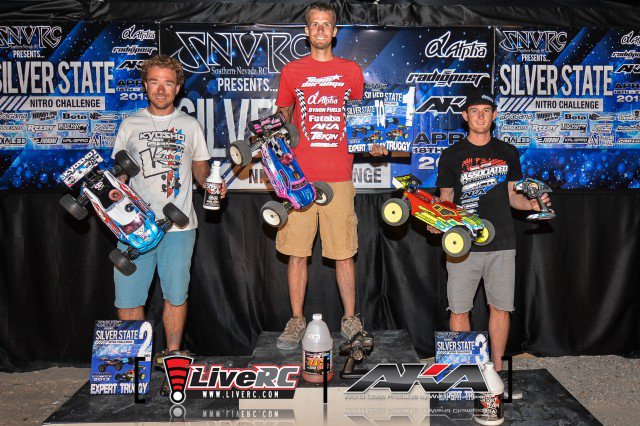 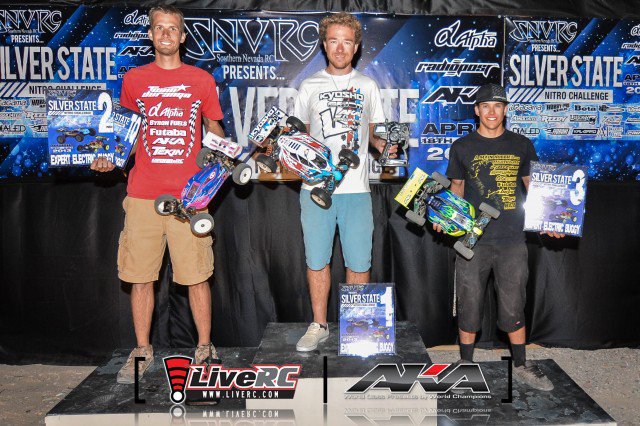 Open Electric Buggy
Finally, in the 4WD Short Course class, Lutz ran off with the win in front of Tekno RC’s Chad Panek - more than a year before the two would become teammates. TLR youngster David Jenson finished third. 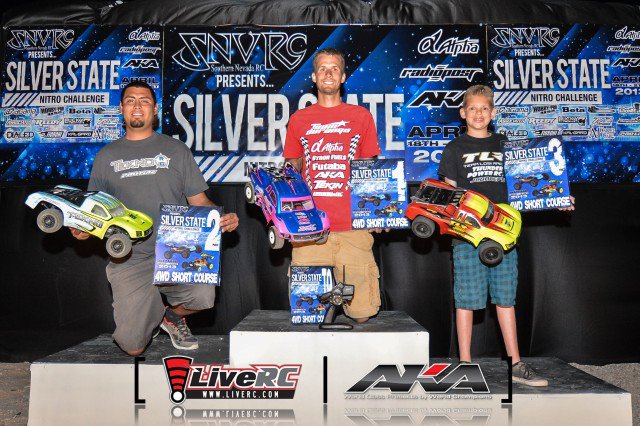 4WD Short Course Truck
The race was more than a year before I joined the LiveRC crew, but I was there - covering the event for RC Car Action along with Navarro. 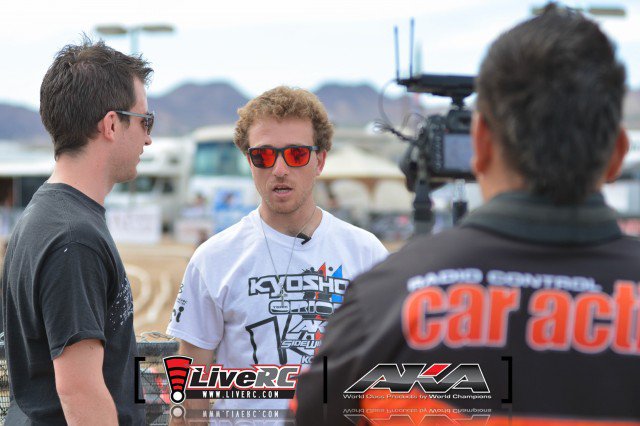