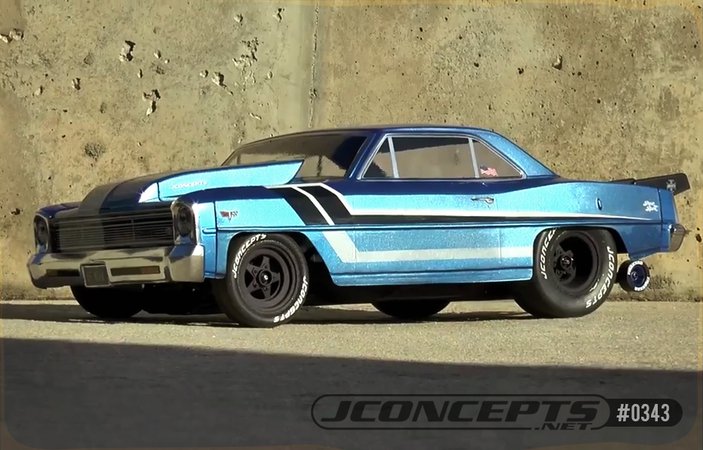 JConcepts relied on its strength of team drivers and enthusiasts for this creation. The research team attended the 2017 Super Nationals at Texas Motor Speedway. Fred Reep and JD Crow displayed the new body as a first look to a crowded field of R/C drag racers. The JConcepts prototype was mounted on a Traxxas Slash 2wd base vehicle converted to drag racer. The build team constructed the vehicle using as many stock Traxxas components as possible including Bandit suspension arms and Big Bore performance shocks.

The end result has the Slash / Bandit combo ready to race for street eliminations in any bracket racing formula. A complete decal package was custom created and fit to each section of the body. Licensing approval was completed in September of 2017 with Chevrolet for the most authentic look and finish. Photos, video and production shots followed up to the official release. 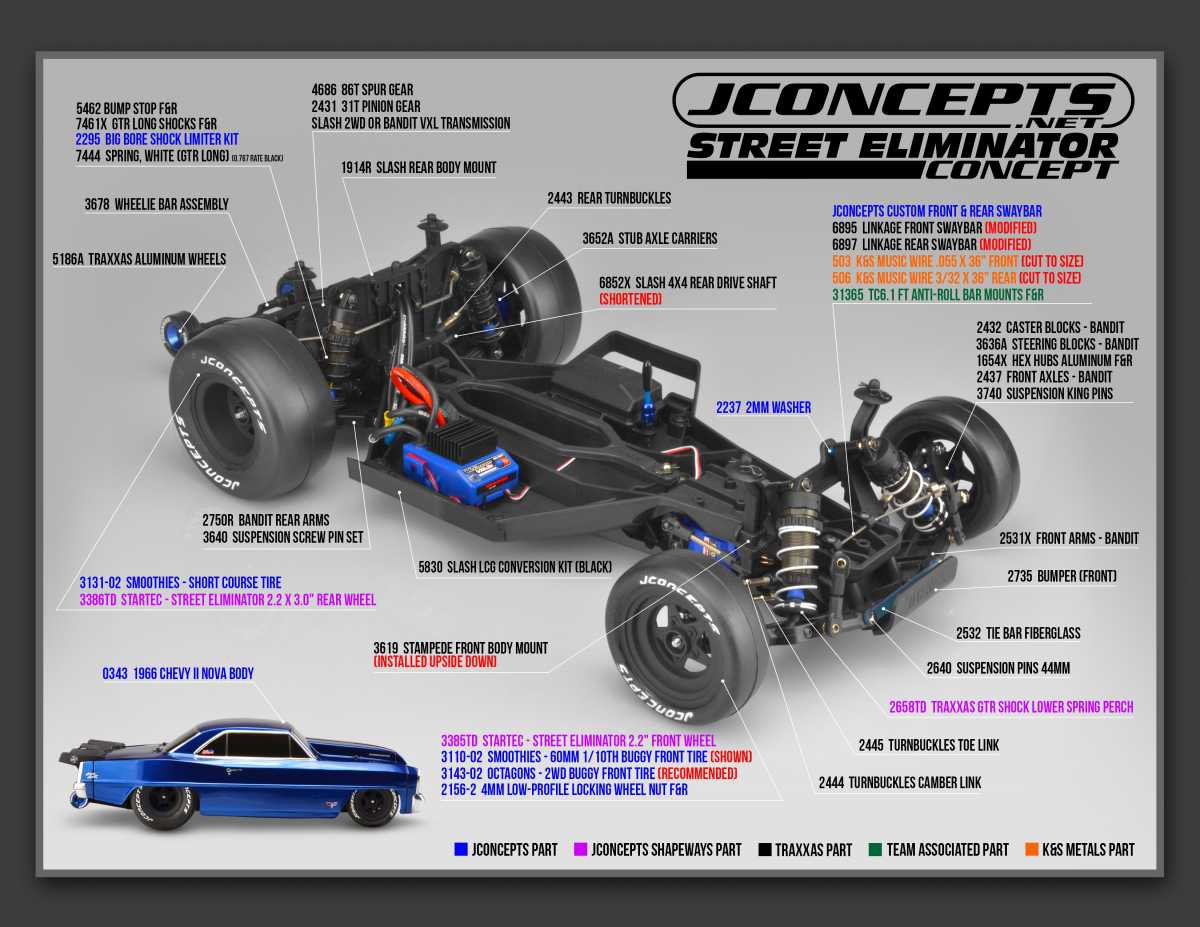